What is the Hive Camera?

Hive may have started out as a smart heating system, but the range expanded to include smart light bulbs and, now, this Full HD security camera. It’s the first standalone Hive product – it doesn’t require the Hub to work – and faces stiff competition in a crowded market.

The Hive Camera is a small device, measuring just 65mm across and standing up a maximum of 100mm. It comes pre-attached to a stand, which provides a decent range of movement, enabling the camera to peer down from the top of a cupboard or stand straight up. Push back the camera too far, however, and the stand becomes unstable, with the result of the Hive Camera falling over. Note, too, that the camera is so light that the weight of the USB cable can move it – so take care when handling it. 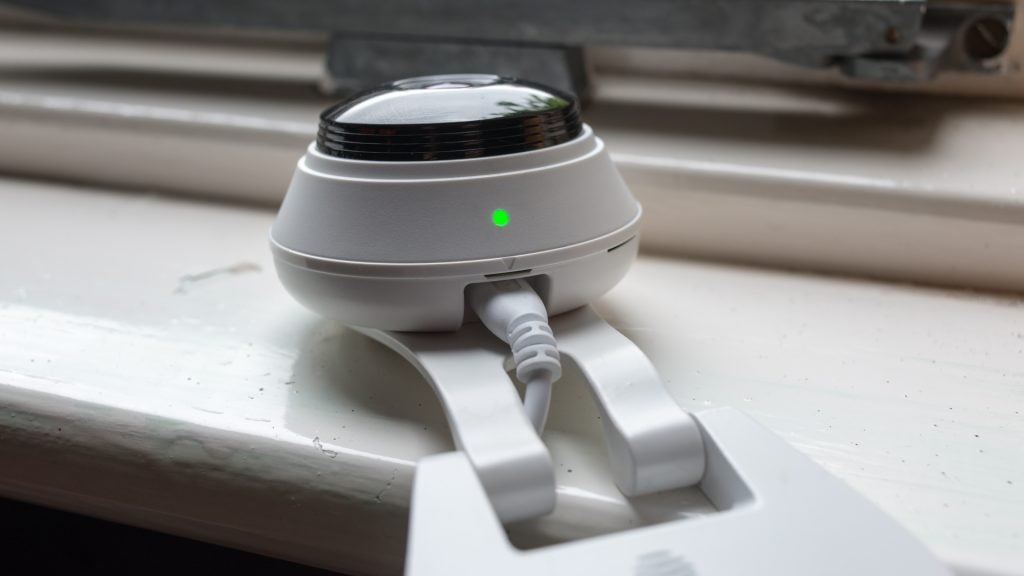 Running the cable somewhere it can’t be knocked is a good idea. Fortunately, with 2.5m to play with, a neat run shouldn’t be too hard to achieve. Fold the stand out flat and you can use the provided screws to wall-mount the Hive Camera. This has the added advantage of making the whole unit more stable.

Everything is controlled through the Hive Camera app (Android and iOS), which remains distinct from the Hive app that’s used to control your heating and lighting. I’d have liked to have seen a single app for everything, as is the case with the Nest range of products.

As with most modern smart home products, getting the Hive Camera configured via the app is pretty straightforward. The Android app discovered the camera without issue and let me quickly connect it to my network. The Hive Camera will need to be connected to a 2.4GHz network, since it doesn’t support 5GHz.

At the heart of the camera lies a 1080p sensor, with a 130-degree lens designed to take in an entire room. There’s no cloud storage, so all footage is recorded to a microSD card. Hive provides a 16GB card with the camera, but you can upgrade to a 128GB model, too. 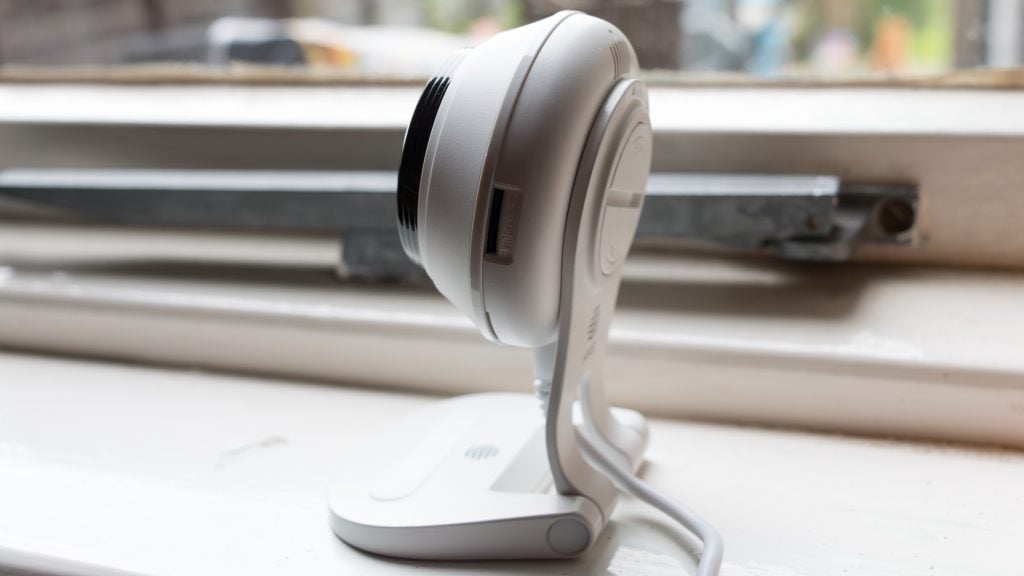 Since the bundled card is so small, Hive sets the camera to record at a resolution of 720p; installing a larger card would offer more recording time. More space means that you can also turn on 1080p recording without the fear of storage space being consumed too quickly.

Viewing the live stream offers up a choice of three viewing profiles: Low, Medium and High Resolution. It would be better if the app could just use the best quality for the speed of your connection, rather than making you choose. 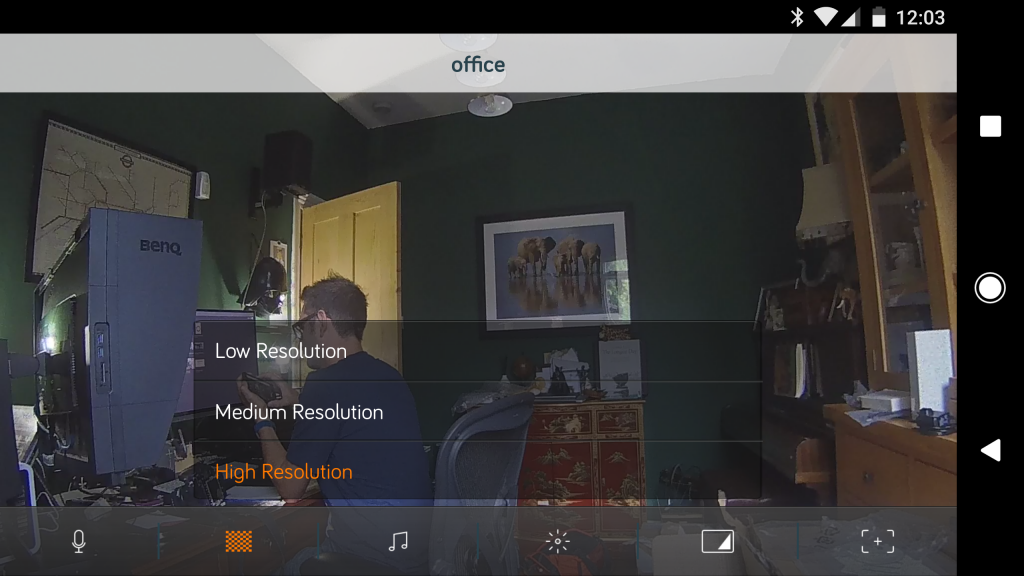 It’s also a little annoying that switching away from the app and then back to it brings up a message that says: “You’ve lost camera connection due to network interruption.” Far more helpful would be if the app could just reconnect automatically.

Two-way talking is available through the app. It’s a nice feature to have, as you may want to talk to a pet when you’re away or warn a would-be thief that the police are on the way. Hive also offers an option to play some pre-recorded sounds, including a Police siren, alarm or dog barking. Presumably, these should strike fear into the hearts of intruders – but in reality the camera’s rather tinny speaker makes them sound more like a toy going off. There’s no IFTTT channel for the camera, so you can’t use its motion detection to perform other actions, such as turning on house lights.

The Hive Camera has two simple detection methods. First, is motion detection. By default, this is set to detect motion in the entire frame. There’s a slider in the app to lower the sensitivity of the feature. I didn’t find it particularly helpful, with the camera pinging a notification when lights were turned on or off, regardless of the setting used. It’s a shame that the Hive Camera doesn’t benefit from a smarter detection protocol, so that it isn’t triggered by such simple things.

However, you can set motion detection zones using the app, so that you monitor just the parts of the video feed that you’re interested in. This can dramatically cut down on the number of alerts you receive. 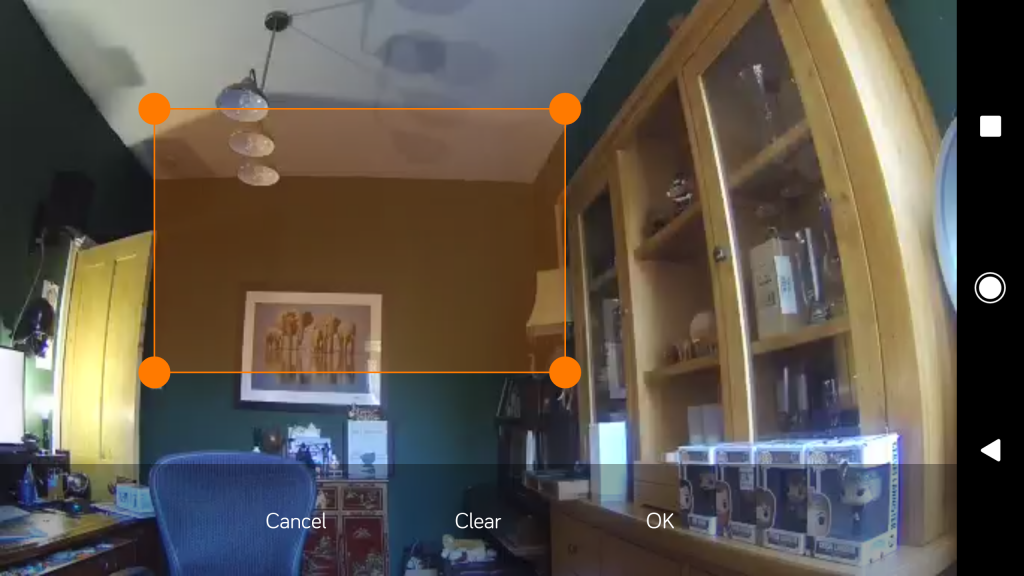 The camera can also perform audio detection, letting you know when its microphone picks up loud sounds. A slider in the app is the only way to adjust sensitivity. The default setting was way too sensitive, triggering an alert for practically any sound detected; dialling the sensitivity down certainly helped reduce the number of alerts.

Alerts are sent as smartphone notifications, but since they don’t attach a thumbnail image of what’s going on, I didn’t find them particularly helpful. Worse still, tapping an alert doesn’t take you to the actual clip; it simply loads the app. From there, you have to use Hive’s exceptionally basic Event viewer. This lets you select a date to retrieve a list of detect events, with an icon next to each to let you know if it was audio or video. You can then tap the ‘play’ button next to an event to view the matching footage. It’s irritating that events don’t have thumbnail; it makes trying to find a particular clip a frustrating affair. 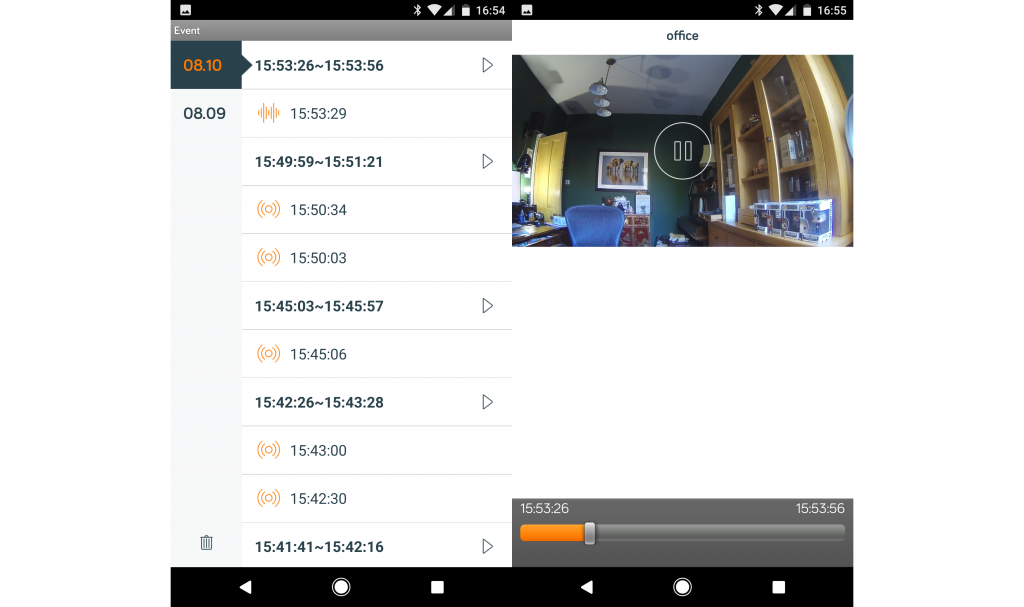 There is a second way of finding clips, using the Playback section of the app. This lets you search a date for a type of alert (Motion or Audio). Again, there are no preview thumbnails, so searching through lots of video clips soon becomes tiresome. 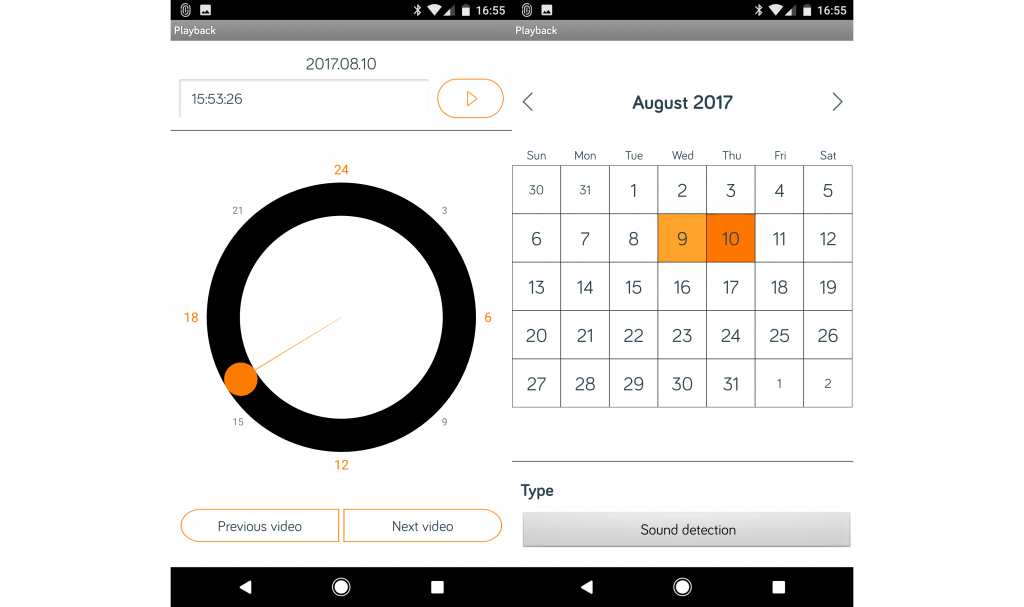 Once you’ve found a clip, the app doesn’t let you download the footage or save a screenshot, either. In fact, the only way that I could find to get footage off the camera was to remove the SD card and insert it into a PC.

I tested the Hive unit by setting the camera to 1080p mode, which results in a video stream at around 1800Kbits/sec. By my calculations, that’s enough storage for around 19 hours of video footage. Given that the camera records only when it detects motion, that should be plenty.

Image quality lags behind the best security cameras I’ve tested. In daylight, I found that there was enough detail to identify faces clearly, but the picture was grainy and finer detail was blurred out. 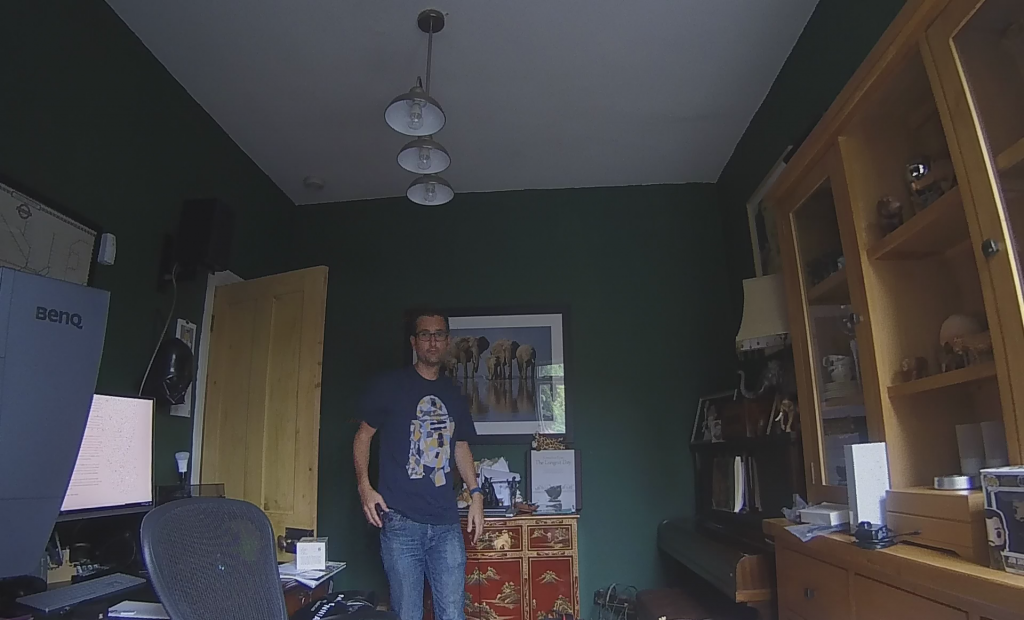 In low light, the camera turns on its IR LEDs. I found that it could easily light up my test room, maintaining the same level of detail as when shooting at night. Again, there’s enough information to recognise individual faces, but detail tended to blur together. 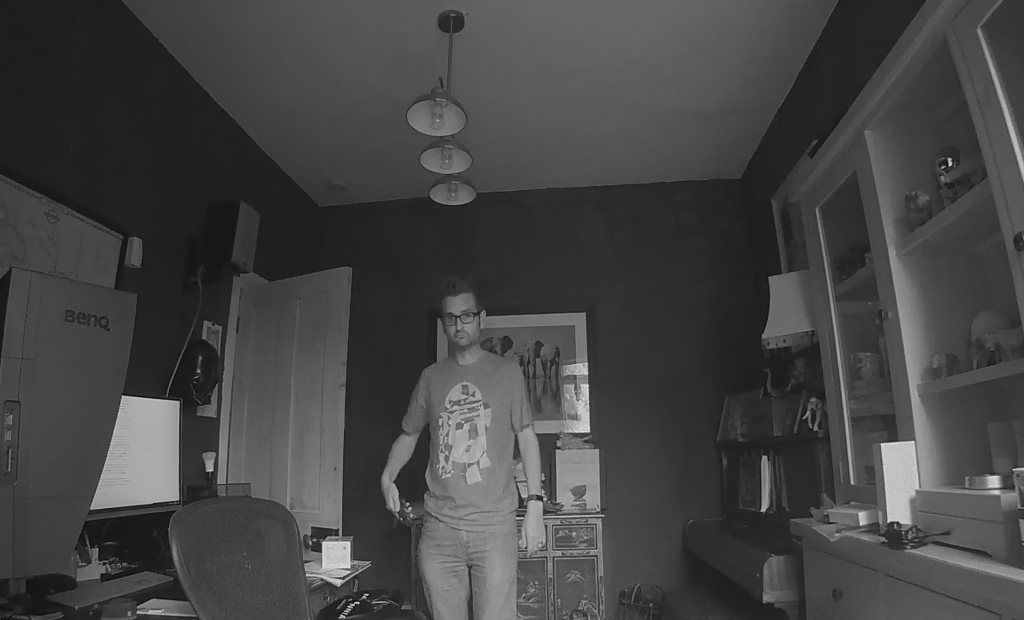 Should I buy the Hive Camera?

The biggest problem with the Hive Camera is its price. If it cost half as much, you could justify buying it as a simple monitoring camera. But, for a little more money you can buy the Netatmo Welcome, with its intelligent face detection, or the Nest Cam Indoor, which has the best cloud service I’ve used.

A basic home-monitoring camera, but it’s fiddly to use and similarly priced cameras offer better features.