The Hisense U980 has a 5.5-inch screen. This is the cheapest phone of this size we’ve ever reviewed, with the only others to get close to the current £110-130 selling price being models you’d have to import from China. If you think Hisense is an unknown phone name, how about Elephone? There’s all sorts of weird stuff available in China.

Screen specs are pretty respectable, too. You get a 720p panel, enough to make the image respectably sharp, if not quite as pristine as the 1080p-and-greater screens usually seen at this size. However, for under £150 it’s more than good enough. 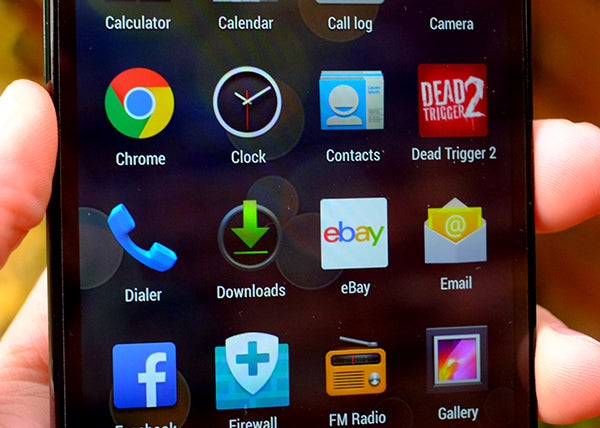 The hardware behind the Hisense U980’s panel is solid, too. It’s an IPS LCD screen using power-saving LTPS tech. This provides good viewing angles, although at certain extreme angles the backlight does wash out the screen significantly – it’s clearly a lower-end IPS panel. These aren’t angles you’d ever use the phone at, though.

There are two elements to the display that aren’t quite so hot. First, calibration is pretty ham-fisted, resulting in colours that are a little cartoonish rather than natural. Thanks to IPS LCD’s still somewhat limited colour gamut, reds don’t look radioactive as they do in some over-saturated OLED screens, but the Hisense U980 tends to bring out far too much red in people’s faces. It’s a clear sign of insufficient screen tuning. 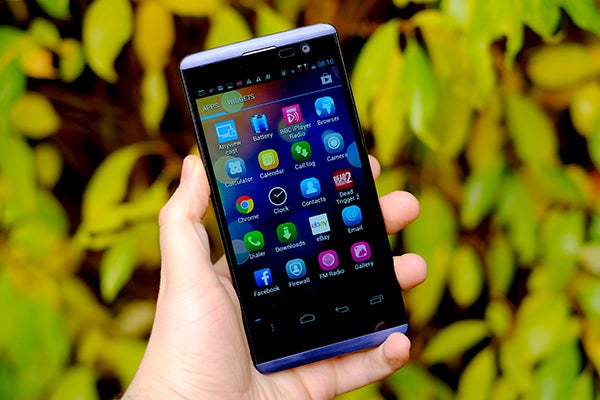 Our assumption is that Hisense wanted to avoid the display looking washed out, as some low-end phones do. It’ll doubtless look better to most eyes. However we think the Moto G 2014 offers a more natural-looking display.

The Hisense U980 doesn’t really make the most of the 5.5-inch screen, either. An almost inch-high chunk is taken up by the soft keys, which is excessive. As the phone uses such a dated version of Android – more on that later – apps also aren’t able to take up the full screen. That 1-inch chunk is always taken up by the soft keys. It’s a fair 5.5-inch screen, but ultimately a slightly wasted one.

While the Hisense U980 is quite ‘current’ as a large phone that’s pretty easy on the wallet, the software of the thing is extremely dated. It uses Android 4.2, 2012’s edition of Android.

To exacerbate this issue, Hisense then takes the default, slightly dated interface from Android 4.2 Jelly Bean and makes it worse, using a naff-looking font and almost insultingly bad ‘themes’. 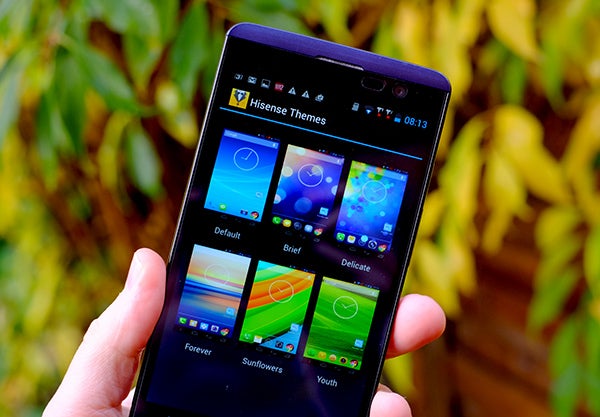 These themes alter the wallpaper and some of the app icons, but use image assets that are so low-res and low-quality than you can see compression artefacts in almost every extra app icon and wallpaper as clear as day. If it wasn’t fairly easy to change all this, we’d be advising you all to stay clear of the Hisense U980 altogether. Fresh out of the box the phone simply feels old, cheap and devoid of style.

Of course, it is fairly easy to wipe away Hisense’s sins. With the Google Now interface applied, the one used in the Moto G and Nexus 5, the U980 becomes much more pleasant to look at, and to use. And like any Android, changing wallpapers is easy.

Using the official Google interface doesn’t fix everything, of course. As mentioned in the screen section, Android 4.2 doesn’t let apps take up the space used by the soft keys. It also doesn’t let you remove the Google Search bar on the home screen, which takes up yet more space. 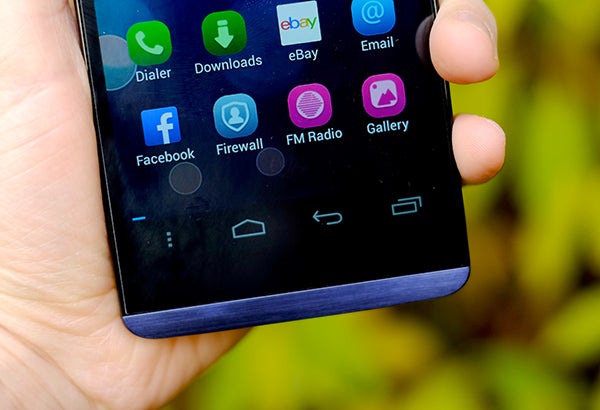 As such, this is not a phone that makes a very good tablet-replacer. The Hisense U980 display may be large, but you can’t really make the most of it. We also seriously doubt the phone will get an update to Android 4.4 or 5.0, as Hisense has already moved development onto its Sero models.

We didn’t stumble over any major app compatibility issues with this outdated version of Android, but we’re sure they exist. This is another clear worry about using an Android 4.2 phone in 2014, because from a developer’s point of view, who in their right mind would buy an Android 4.2 phone at this stage? Android 4.2 support is on the wane.

Hisense U980 – Performance and Apps

The Hisense U980 doesn’t suffer from serious lag, no doubt helped by the fact that despite being ugly, Hisense’s alterations to vanilla Android are very minor. However, performance isn’t all that hot compared with the latest Android phones in one other respect.

Apps take longer than usual to load – especially high-end games. It felt like we were waiting a small eternity for the U980 to load up Dead Trigger 2, for example. This may well be in part down to the use of ancient Android 4.2. 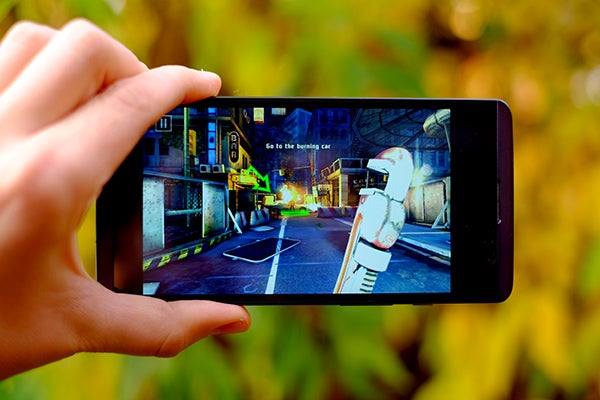 Thankfully, the phone has enough raw power to compete with most of the best sub-£200 phones around today once those loading delays have been endured. The Hisense U980 uses the MediaTek MT6589 CPU, a quad-core 1.5GHz chipset with about as much power as the Snapdragon 400 used by the Moto G 2014, if not slightly more.

The U980 scores 1307 points in the Geekbench 3 test, and has enough grunt to play most 3D games, even at top graphics settings with good frame rates.

Gaming once again shows up what a pity it is that the U980 can’t use its entire screen for apps and games, though. It’s a good canvas for gaming, but could be better.