On paper, the Hisense U980 has a decent imaging setup for a phone you can get for well under £150. It offers an 8-megapixel main sensor with an LED flash, plus a 2-megapixel front camera. 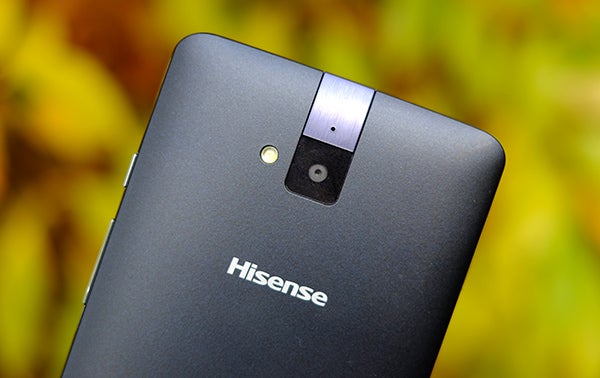 However, never in recent years have we seen a camera whose output rests so entirely on what its sensor and lens can produce, rather than being aided by software. Every camera, from rubbish mobile phones to top-end DSLRs, uses noise processing when producing JPEG images.

The Hisense U980 hardly seems to use any JPEG noise reduction at all, resulting in incredibly noisy photos in anything but perfect lighting.

Photos also show absolutely loads of purple chroma noise, both in low-light shots and daylight ones.  Here are some samples: 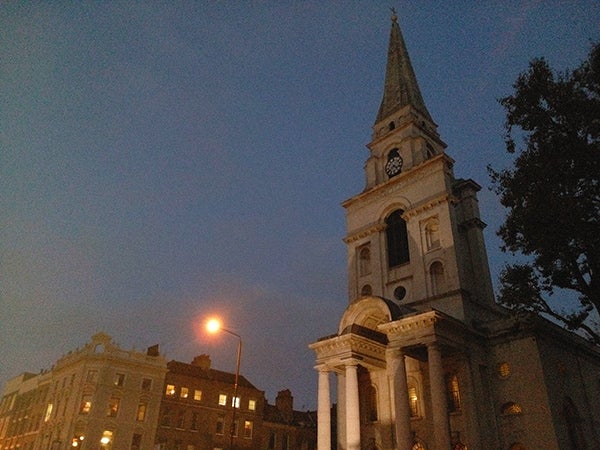 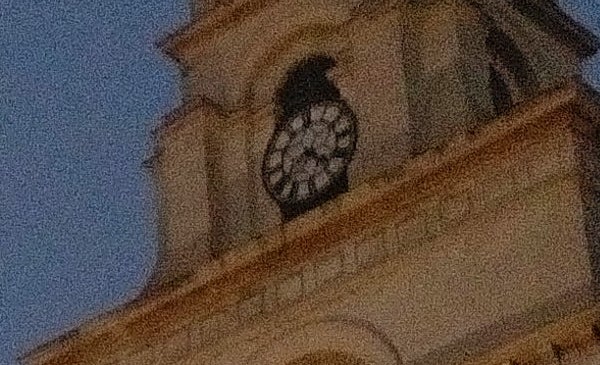 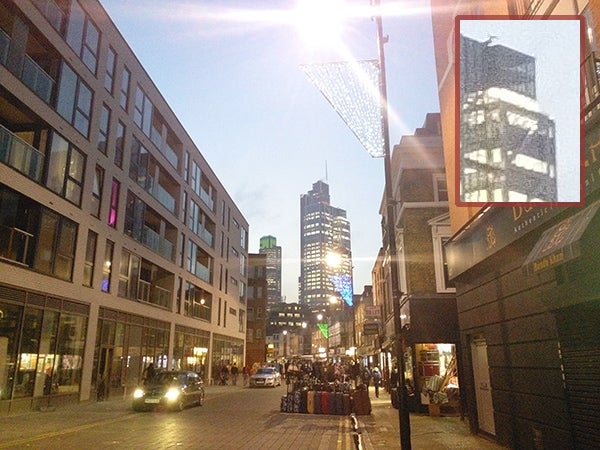 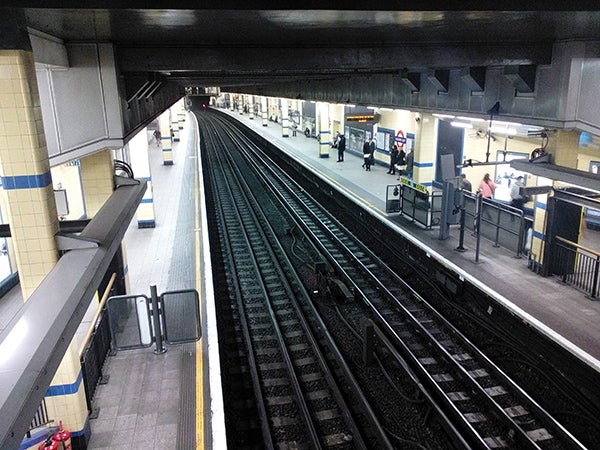 The Hisense U980’s photos are problematic to say the least. However, the curious thing is that the lens and 8-megapixel sensor are actually capable of rendering a fairly respectable amount of detail, even if it’s caked with loads of noise. With a bit of Photoshop post-processing, we were able to achieve some acceptable results.

Will anyone bother? Probably not. Should you have to? Definitely not.

The shooting performance of the Hisense U980 camera isn’t great, either. It’s a little slow in daylight, and focusing is very slow in lower lighting. There’s a fair bit of shutter lag, too, meaning that even if you focus the shot before pressing the shutter button, you need to keep the phone still to ensure you won’t end up with a shot of something completely different (and probably out of focus). 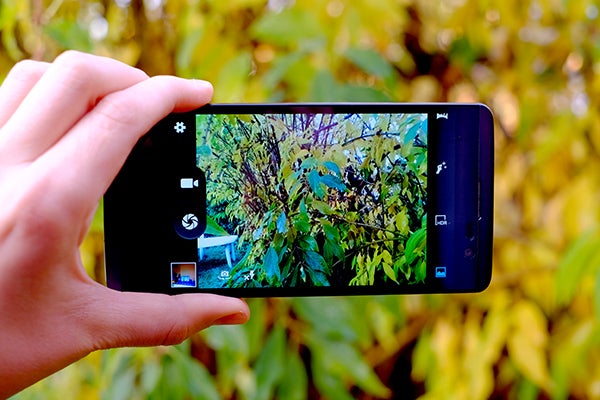 Given how under-optimised the U980 is, the camera app is surprisingly perfectly fine. The shooting modes are arranged along the left, for control with your left thumb, while the shutter and video buttons sit on the right. You get HDR and panorama, as well as a few more frivolous extras.

Video capture tops out at 720p, which is fairly low. And, unfortunately, we saw some of the intense noise we experienced with stills. Strangely, though, it only pops in and out briefly when the U980 camera is refocusing, showing some noise reduction is implemented here, just not well. Video quality is pretty terrible.

There’s a lack of attention to detail and optimisation throughout the Hisense U980 that trips up what should be hardware that’s spectacular value for the price. However, the battery life is, surprisingly enough, very good.

In our standard video playback test, using an MP4 720p file at mid screen brightness, the phone last for 9 hours and 50 minutes. That’s a good deal longer than we squeezed out of the 5-inch Moto G.

You get a large screen, and there’s no price to pay in stamina. 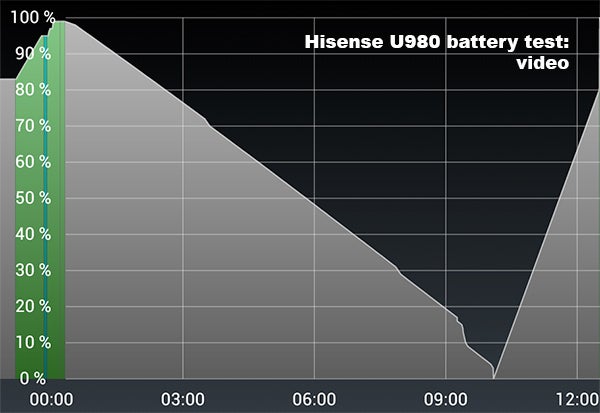 The Hisense U980 also lasts for a good long while when used normally. We got a consistent day and a half out of the phone. You have to be pretty active on it for a good chunk of the day to be running truly low by bed time. It’s a refreshing plus point that helps us feel a lot more charitably about the phone’s many failings.

This could be one area where Android 4.2 actually works in the Hisense U980’s favour, as it’s generally less power-hungry than Android 4.4 in our experience. The battery hardware itself isn’t too bad, either, with 2500mAh offering decent capacity for a 720p phone, even if it is a 5.5-inch one. The Moto G only offers 2070mAh. 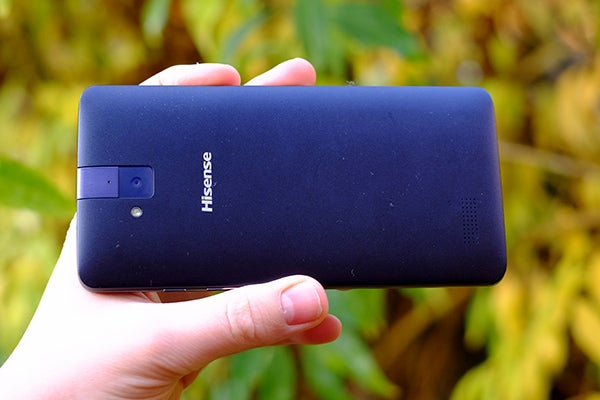 Hisense U980 – Sound and Call Quality

We’re back to earth with the call and sound quality, though. Neither is terrible, but they are fairly mediocre.

As far as we can tell the Hisense U980 doesn’t use a secondary microphone for active noise cancellation during calls, and the single mono speaker on the rear doesn’t offer particularly good maximum volume.

Our regular anecdotal test is to see whether a phone’s speaker can stand up to the clanging, clatters and whirrs of cooking: the U980’s can’t. 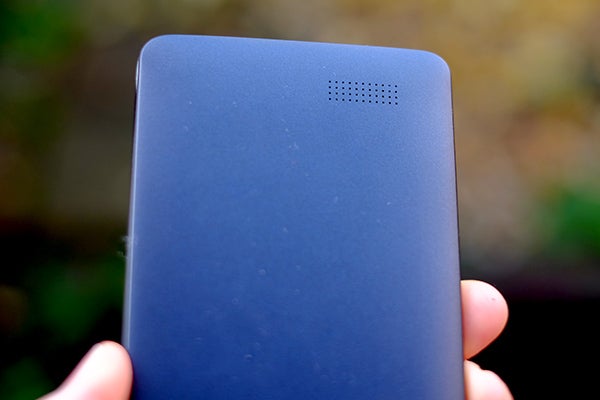 Aside from the various ways Hisense has dropped the ball with the U980, that it doesn’t have 4G is probably the biggest pity. It’s still not necessarily essential if download speeds aren’t a key concern, but is worth noting.

You also miss out on NFC, which is no great surprise in a phone this cheap. 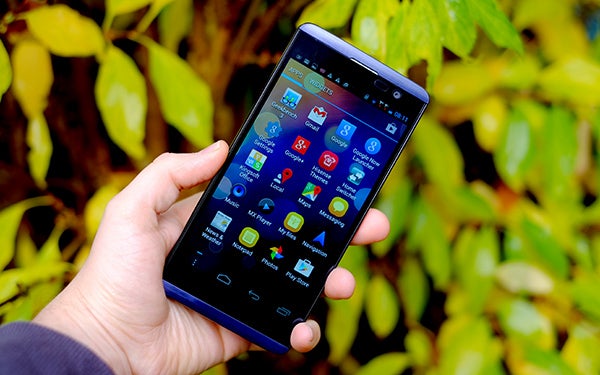 Should I buy the Hisense U980?

Approaching the Hisense U980 is immensely tricky from a critical perspective. There’s a lot wrong here, but the super-low price and the strong battery life go a long way towards excusing this.

Ultimately, this is a phone of pretty good hardware but very poor implementation of it. You can patch a lot of this up yourself, but it demands some effort, a fair bit of patience and a bit of know-how.

If that sounds like your bag and you like the idea of having a display this large, go ahead. However, the Motorola Moto G is a far better choice for most, if not all, people. The display is smaller and the body is chunkier, but it has fewer flaws overall.

The Hisense U980 offers a lot of phone for very little money, but out-of-date software and poorly implemented hardware hold it back. If you’re not willing to tinker, don’t bother.