The H32M2600 is a 32-inch, HD-Ready TV with some basic smart TV functionality that can be yours for only £220. It doesn’t break any new ground with its performance, but it offers more than you might expect for so little money.

Design-wise, the H32M2600 reflects the price it commands. Its matte-black bodywork looks plasticky, it sits on a pair of angled-out black feet that are pretty much the most basic supports I’ve ever seen on a TV, and weighing 4.4kg it may well be the lightest TV I’ve ever tested. 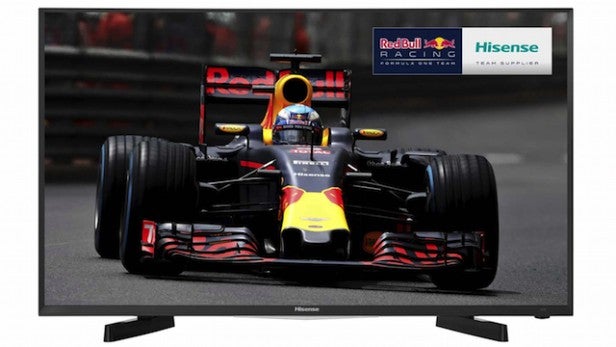 Its unusually chunky rear also makes it look pretty dated by 2017 standards – although on the upside, with the biggest bulge at the bottom of the screen, it at least raises hopes that there could be a decent pair of speakers tucked away in there.

The H32M2600’s remote control is the best thing about its design. It sits nicely in the hand, features a decent button layout (including direct access to Netflix and YouTube), and feels far more premium than the TV it partners.

While the H32M2600’s Standard preset is adequate out of the box for normal TV viewing, there are a few tweaks you should make if you want to watch a movie.

I’d still begin with the Standard preset, since the TV just doesn’t look comfortable with the Cinema modes’ warm colour tones. However, I’d recommend reducing the backlight setting to around 33-34 to improve black level and colour tones.

Also, turn off noise reduction if you’re watching a DVD – or, especially, Blu-ray – to stop the picture turning soft.

Finally, the Adaptive contrast feature is best set to medium to lift contrast a little without introducing backlight instability. 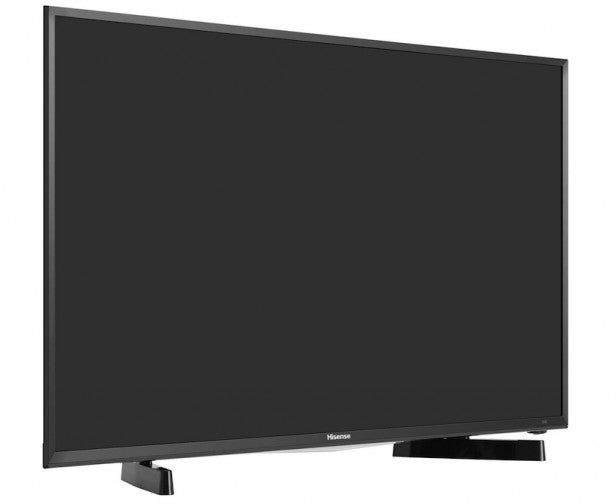 Considering how cheap it is, the H32M2600 carries a solid set of features. I was pleasantly surprised, for instance, to discover white balance and colour management tools within its picture menus.

Smart features can’t be taken for granted at the H32M2600’s price level either, yet it currently supports Netflix, YouTube, the BBC iPlayer and Wuaki.tv alongside a host of other more niche services. You can also access photo, music or video content from other devices on your network, with the set even including Anyview Cast technology to stream from an Android device directly to the TV with minimum hassle.

On the smart TV downside, while there are plenty of apps available that hardly anyone in the UK will want, there’s no Amazon Video app – despite Tesco’s website saying this app should have been added in October 2016. What’s more, the BBC iPlayer is the only one of the UK’s four major broadcast catch-up TV platforms currently supported. 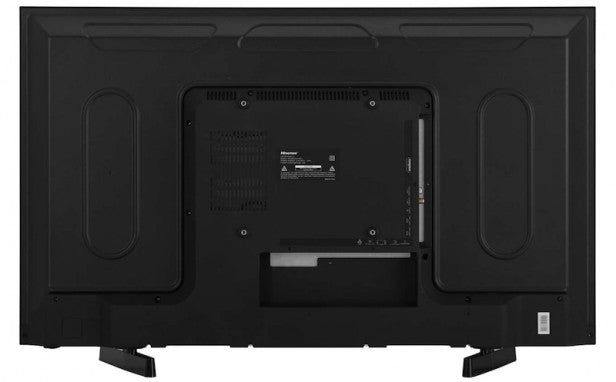 The H32M2600’s connections include two HDMIs, one USB port, a component video input, PC support via one of the HDMIs, an optical digital audio output, and both Ethernet and built-in Wi-Fi network options. This TV doesn’t support HDR or 3D playback, however.

While it certainly isn’t going to win any awards for its picture quality, the H32M2600 is better than you might expect for its money.

With standard TV broadcasts of the sort a “casual’ TV such as this will most likely spend much of its time showing, it performs absolutely fine. Contrast looks crisp and convincing. Colours look reasonably punchy, if a little short of tonal subtlety. Motion looks reasonably clean, avoiding the blurring and smearing issues sometimes seen on budget LCD TVs. Detail and sharpness levels are fair with HD channels, and the set upscales standard definition digital channels surprisingly cleanly. 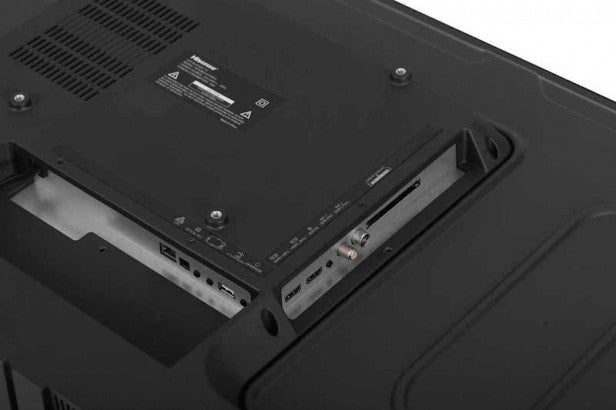 The H32M2600’s pictures are slightly brighter than those of most budget small-screen TVs too, making it a solid bet for bright environments such as conservatories and kitchens.

Turning to movie/TV drama playback, follow my earlier setup advice and you’ll be rewarded with a consistently engaging picture. Black-level response during dark movie scenes is respectable, for instance, with less grey hanging over dark areas than is typical with budget 32-inch TVs.

There are fewer problems with clouding and backlight bleed than you commonly get for so little money, too. My review sample showed a slight increase in brightness creeping in around an inch from the right-hand side, but that was it.

The H32M2600’s combination of fair black-level depths, respectable brightness and minimal clouding means you can see enough shadow detail during dark scenes to give them at least some sense of depth.

The set’s motion handling, meanwhile, continues to hold up as well with 24p Blu-rays as it does with 50Hz broadcasts. Colours look natural, too.

The H32M2600 backs up its movie-friendly picture credentials with a better than average audio performance. Despite only claiming 6W of power for its speakers, it produces a surprisingly wide yet controlled soundstage that keeps dialogue clear, convincing and accurately positioned on the screen.

You can hear plenty of subtle details in movie mixes, too, and the mid-range sounds open enough to avoid that muddy, dense, thin sound associated with so many small TVs.

Sound quality becomes a little harsh during action scenes, but there’s no phutting, unwanted vibrations or speaker crackle, even with the volume set pretty much to maximum.

While the H32M2600’s all-round performance continues to make Hisense look like the budget brand to watch right now, it does suffer with a trio of problems.

First, its effective viewing angle is extremely limited. Watch from as little as 20-25 degrees off-axis and contrast takes a severe hit, with painful amounts of grey creeping into dark areas. Second, even using its PC/Game picture preset, I recorded the set’s input lag as a slightly high 52ms.

Finally, if quality matters to you more than price, the H32M2600 is pretty handily outgunned by the excellent Samsung UE32K5600. 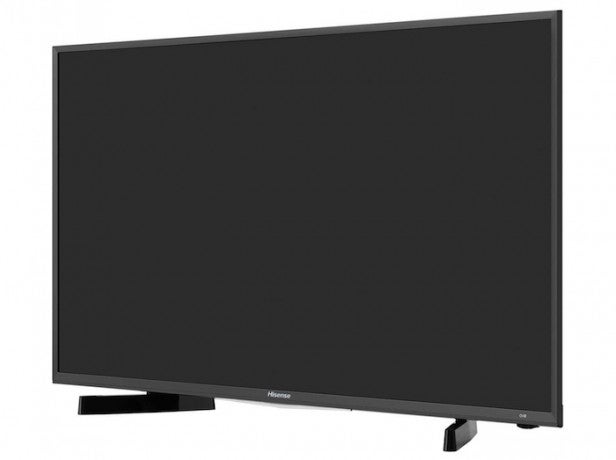 If you want the very best 32-inch TV around right now, the H32M2600 isn’t it. That honour belongs instead to Samsung’s UE32K5600, which makes the H32M2600’s contrast and colour look average, as well as offering a much more comprehensive smart system.

That Samsung set costs £400, though – nearly twice as much as the H32M2600. If budget is an issue, the H32M2600 can be considered a surprisingly safe pair of hands for its money.

Although it lacks a few smart features and could do better where viewing angles and black levels are concerned, the H32M2600 costs just £220. In the context of that price, it’s hard to imagine how any other HD-Ready 32-inch TV could do better.