Very few games have mastered the art of discovery. There aren’t many that don’t simply lead you down a linear path, feeding you slightly curious crumbs that’ll eventually lead you down the rabbit hole only to discover what’s there in all its obvious and profundity lacking glory.

No, I mean true discovery that you yourself stumble across by accident, blowing your mind and the game wide open!

Perhaps this is because games at their core can get too bogged down in being just, well, games. They’re obsessed with the rules, mechanics and things that you need to do in order to stay focused and find what’s hidden for you.

Her Story manages to back away from all of that, even possibly to the point where you may question if it is a game at all. Instead, you are given a chance to focus on a core task, unravel and fight to the finish line. 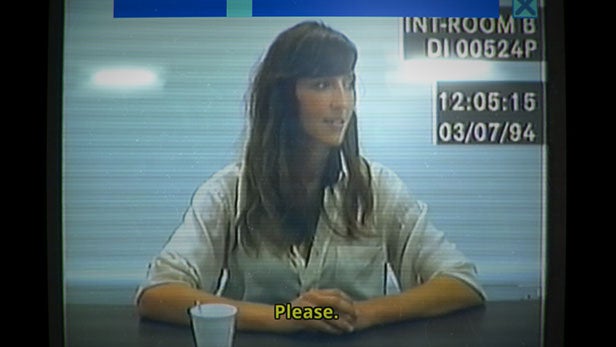 At its heart, Her Story is a detective simulator of sorts. Showing you the 90’s CRT computer screen of a police department, you have access to an archive of surveillance footage. All of it is shot during the investigation of a potential murder, where a woman is brought in and questioned by the police seven times. You type key words into the engines search bar and it efficiently dishes up a handful of videos that all link in some way to your search term.

In order to better know what you should be searching for, your only tools are ones that you should have been honing for some years now. Your Google skills and your attention to detail. As you trawl through footage, listening to the fractured parts of a deep and curious story, you’ll need to keep an ear out for keywords that may seem pertinent to the case and use them as fresh search terms. Each failure presents you with a blank screen which almost rubs its silence and emptiness in your face, a mark of your failing intelligence or inability to really see what’s going on.

With every success though, you’ll tumble deeper into Her Story (literally) and be spurred on to work out what exactly went on all those years ago. It begs other questions too, why are you handling this case now? Who are you? The shadow that just about appears to reflect off the monitor is as nondescript as you can get. Yet more questions that can only be answered by, again, watching and listening carefully. 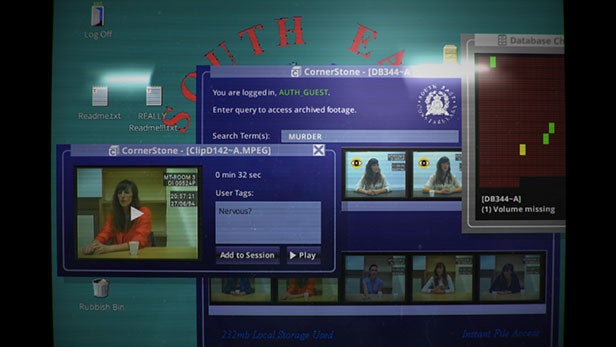 So few games can intrigue with such minimalist offerings, but after a few hours, we were hooked. Sitting at our desk drinking endless streams of coffee, we knew we couldn’t rest until we knew the truth.

The interviews are one-sided affair focusing on one woman and a string of conversations over a short period of time. According to the ReadMe file on the desktop, which is yet another brilliant nuanced touch, most of the systems files were lost thanks to the ominous Y2K bug we had all spent months fearing. That means you only get the one perspective on this case.

Viva Seifert plays the woman being questioned and does an amazing job carrying the game and delivering its incredibly well crafted tale of love, hate, loss and everything in between. 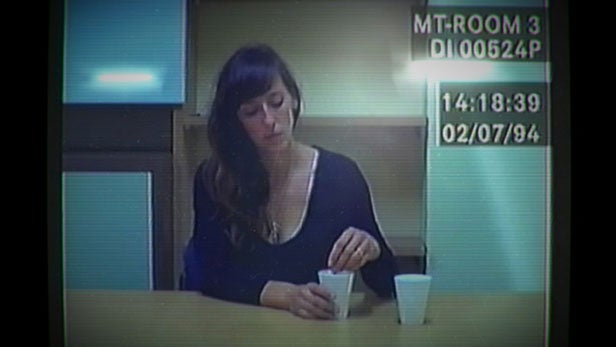 Discovery is the key here, with Her Story being one of those rare titles that allows you to uncover things at your own pace, offering some shocking twists that hit you as hard as the ones in Bioshock. The discoveries you make are so organic, you’ll start to question your own logic. Once we mulled it over and began pulling at the threads, the whole narrative seemed to change yet again.

Her Story takes the minimalist theme all the way, with a rather charming score that floats in and out after key moments. It tied in perfectly with our steady progression, while the sound effects of key strokes and mouse clicks appealed to our sense of nostalgia.

With so much to watch and a fairly limited set of things to do, it’s tricky at first to understand how you’ll even win this case. Well, it’s up to you when you want to stop but there is a way of losing. Many people have offered up the idea that every game must have a ‘fail state’ or a means in which to lose or fail at your task. While we’ve never personally found a GAME OVER screen to be a key element for games, we can see the reasoning behind it. But as we played Her Story we realised that not having a fail state made the Detective Simulator all the more real. 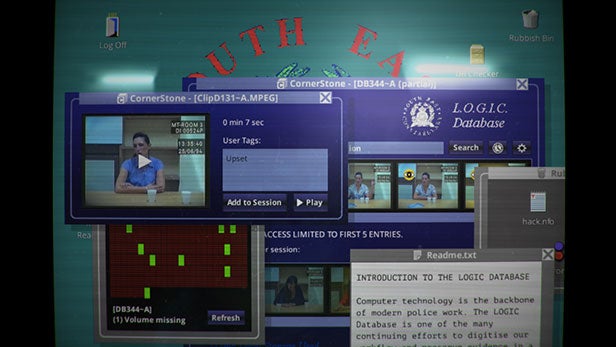 In Her Story, the only way you can lose is to give up. If you don’t bother looking for the truth, don’t follow the clues and just leave it, you’re obviously never going to solve the case. In reality, how many times does a real copper hunt for a murderer and because he asked the wrong question in an interview, get given a retry option?

Her Story’s minimalist feel and well crafted narrative work, but we can’t shake that feeling of wanting just a bit more gameplay wise. Maybe some documents pertaining to the case that you can scan through, CCTV footage of events or any other extra information to add into the mix would have tipped this game over the edge.

Verdict
What Sam Barlow has delivered here is an amazingly fresh experience and while from the outside it may seem there’s little here to appeal to the hardcore gamer, if you give it a moment, you’ll realise just how enthralling being a detective can be.