Audio expert and the force behind the popular Soundsticks speakers Harman Kardon has launched an all-new range of headphones. And a bold one it is too – no cheap nonsense here as most of the sets cost more than a hundred pounds. The Harman Kardon AE “Acoustically Enhanced” headphones are the top-end in-ear pair. They sell for £130 – expectations are high and Harman Kardon stands to lose a lotta audio cred if these don’t cut the sonic mustard.

Design
When it first appeared, Harman Kardon’s range of headphones was described as being inspired in part by Apple’s iPhone. That’s not quite the first impression we got. These earphones stand out by virtue of their chunkiness. 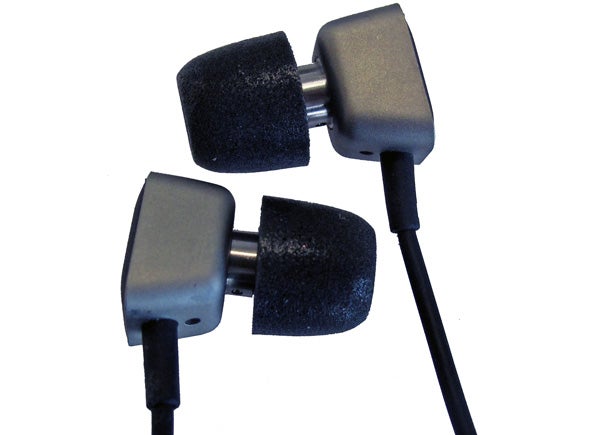 Almost everything about them has an air of this chunk factor. The earbuds are armoured with thick, curved boxes of aluminium, the jack plug covered with a rectangular tube of the same stuff and the remote is on the tubby side too. And we kinda like it, although it’s bound to be a people-polariser. 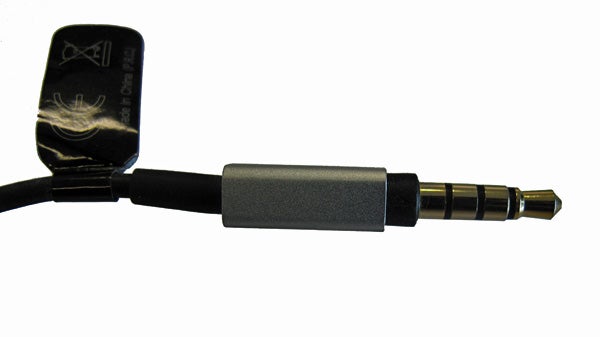 The Harman Kardon AE have a definite style, and while oversized isn’t generally thought-of as cool these days, the aesthetic here is pulled-off expertly enough for the earphones to get away with it. And aside from having inexplicably been covered by a mysterious gluey substance upon first opening the box, build quality is excellent.

The buds are all-metal aside from the black plastic rear part, the cabling is unusually thick and has a high-quality soft plastic finish. It’s non-removable, though, which is a shame. Break the jack plug and you’ll have to have a crack at rewiring it or buy a new pair. At this price, it’s a bit of a problem.

Elements of the design of the AE earphones have been borrowed from AKG, which is now owned by Harman Kardon. The remote, for example, is a dead ringer for that of the AKG K3003. Yes, that’s a thousand-pound pair of earphones, but don’t get too excited – the remote is made of plastic and doesn’t do anything too remarkable. It’s a three-button jobbie, which controls volume and music playback when using an iPhone, and takes calls thanks to the inbuilt mic.

Comfort and Sound Isolation
All the metal involved in the Harman Kardon AE means they’re a little heavier than the norm, but this only becomes an issue when they’re worn with just the one earpiece in. Worn like this, the earbud tends to work its way out of your ear. With both of them in, the problem doesn’t arise as long as you’ve picked the right rubber tip.

Harman Kardon supplies three pairs of silicone tips – a bit stingy at £130 – and a pair of Comply foam tips too. Foamies offer better sound isolation and comfort, but it’s largely a case of personal preference. Although the AE earphones have a bass port on the underside of each earpiece, isolation is good. They have no problems dealing with noisy environments like the London Tube. 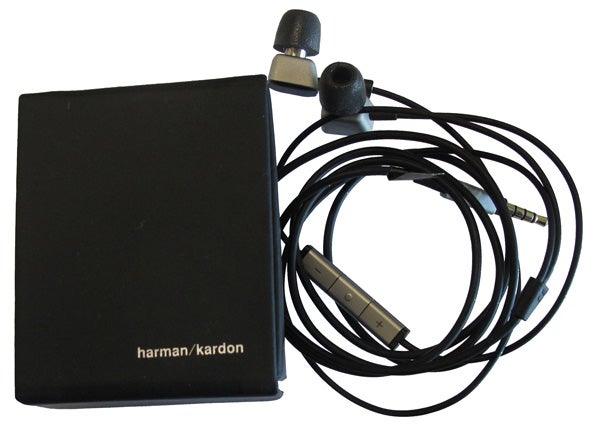 Other than the limited tips quota, you don’t get many accessories. They come in a neat little jewellery-style cardboard presentation box, but calling it a carry case might be stretching things a bit.

Sound Quality
The Harman Kardon AE use 9mm drivers, just the one in each ear. At this price you’ll start to see headphones that use multiple drivers, including the dual-driver Ultimate Ears 700 and the sadly-departed Jays q-JAYS, although most stick to the single type.

These teeny speakers pump out a crowd-pleasing sound. It’s rich, powerful and packs a pretty serious punch. What you’ll notice first is that the Harman Kardon AE have a seriously powerful low-end. It goes deep, it hits hard and it has a tone more refined and dynamic than the often fug-like din of some bass-focused headphones. 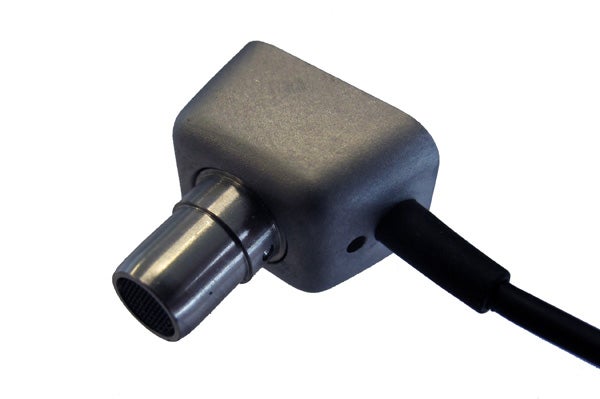 But is it too much? At times, it is, limiting their appeal for audio purists. It’s not particularly muddy, and while it pulls focus it’s not particularly boomy, but it does tend to stop any airiness in the sound and can make arrangements sound confused. Separation would be better if the bass were toned down a bit.

Next to headphones with a more balanced, considered sound the Harman Kardon AE can sound congested. Otherwise, these are enjoyable earphones. The treble is smooth-sounding and reasonably detailed, and the mid-range is well integrated. However, if you’re out for a hi-fi sound, you’re better off with the Phonak Audeo PFE-112 or Ultimate Ears 700 – although stay away from the latter if you’re not into bright-sound earphones. 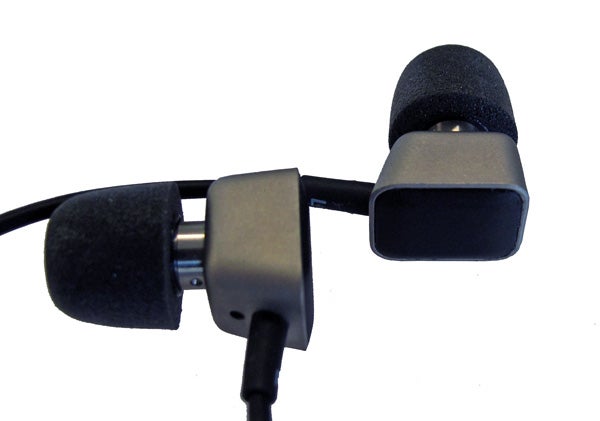 Verdict
A bold entry to the high-end market, the Harman Kardon AE “Acoustically Enhanced” earphones have a design that’s a few steps away from the norm. With thick cabling and aluminium-armoured earpieces, they feel tougher than the average too. However, the cable is non-removable and the prominent bass leaves the otherwise good sound congested and a little confused at times.