It’s almost scary thinking back two years. Two years ago, I was trying to convince anyone who would listen that I hadn’t wasted my money buying a PlayStation 3 – despite quite a lot of evidence to the contrary at that point – and I had coughed up close to £250 for a set of Shure SE420 dual-driver earphones. Luckily things have changed in the last 24-odd months. Sony’s console is now pretty awesome and has seen a significant revision and pricing of earphones has dropped so much that a dual driver set, such as the Ultimate Ears 700 earphones I’m currently using can be had for around £130 – if that’s not progress I don’t know what is! 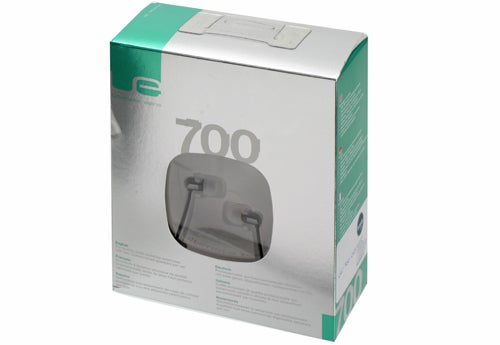 The price isn’t the only good thing about the 700s, though. Not long ago we were praising the Klipsch Image X10s and Image X5s for sounding great, despite being incredibly small and light. But, amazingly, Ultimate Ears has managed to craft an even smaller set of earphones and cram not one, but two drivers into them. It’s a remarkable feat of engineering and makes that price all the more impressive.


Their diminutive size makes the Ultimate Ears 700s a pleasure to wear, even for extended periods or – perish the thought – while active. The 90 degree angle at which the cable meets each earphone means they can be worn either ‘normally’ with the cable dropping straight down, or ‘over the ear’ Shure-style, giving a more secure fit and helping eliminate cable noise. It would be nice of there was an in-line remote as I find having to reach into my pocket and remove my iPod touch to skip tracks extremely annoying, but I guess that’s my fault for having a player with no physical controls.

The earphones are finished in shiny silver plastic, but luckily it’s not the cheap-looking kind. Instead the finish has a slightly smoky, blue quality to it. It’s a step down in quality from the metal Image X5 and X10s, but if it’s the choice between (presumably) better audio quality or a metal casing then I’m going to pick the better sounding option every time.


One annoyance comes from the red and blue inner colouring of the right and left earphones respectively. It’s galling because it shows that someone clearly thought about making the difference identifiable without squinting for the L and R labels but neglected to consider what happens when it’s dark. Just about every rival set of ‘phones has some kind of physical identification, which is a great help when wearing them in bed – as I am.

You couldn’t call the Ultimate Ears 700 package stingy, that’s for sure. As well as (obviously) the earphones themselves, there is a variety of tips, comprising three sizes of silicone plus two pairs of Comply foam tips. While I still prefer Shure’s foam, I can’t deny that Comply’s is much better at isolating noise than mere silicone – not to mention more comfortable.

A small, plastic case is also supplied for placing the UE 700s in when not in use. Frankly I find not putting my earphones in the same pocket as my keys is the best way to protect them, but I’m a 21 year old man who enjoys listening to Paramore so what do I know? One addition I wish more manufacturers would consider is an in-line attenuator for use on a plane. Sadly this is a single 3.5mm jack, so if the plane in question has split channels you’ll be out of luck, but at least you’re not going to be deafened by “your captain speaking” if using the module.


What comes with the Ultimate Ears 700 ‘phones isn’t the important thing, though. What comes out of them is. Multi driver earphones live or die on the quality of the crossover employed – the circuitry that determines which drivers deal with which frequencies – so it’s fortunate that the crossover in the UE 700s is excellent. Without being told, you’d never know a crossover was employed at all, which is, of course, the aim. 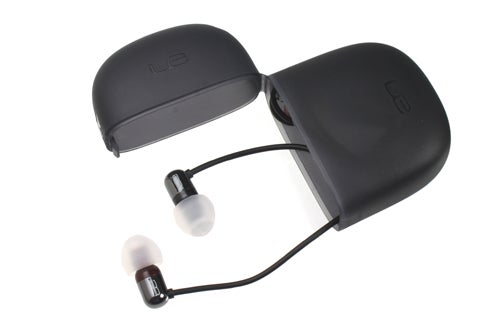 Head to head the strengths of the Ultimate Ears 700’s dual-driver design make themselves known with aplomb. The sound produced is just that bit clearer than single-driver ‘phones can manage while the separation between instruments and vocals is better, but without sacrificing cohesion.

The bass response of the Image X5s is definitely fuller, with more punch that the Ultimate Ears 700s, but that’s not to say its better. While there’s less drive to the UE 700s, they do sound just that bit more balanced and precise – no doubt thanks to each driver having to do less work than the one in the X5s. A pair of the Etymotic Research hf2 earphones, which both Riyad and I lauded for their clarity and accuracy couldn’t best the 700s on that front either.


Take Hayley Williams’ vocals on Paramore’s acoustic cover of the Foo Fighters classic My Hero. While undeniably a great reproduction of a great rendition of a great song listened to with the hf2s or the Image X5s, through the Ultimate Ears 700s it shines brighter (sorry, no prizes for getting the reference).


It’s hardly surprising that the dual-driver UE 700s can take single-driver earphones in a fight, but grabbing my trusty Shure SE420s highlighted the compromise Ultimate Ears has had to make in order to make the 700s so small. Every track that sounds excellent on the 700s has just a bit more sparkle with the SE420s. 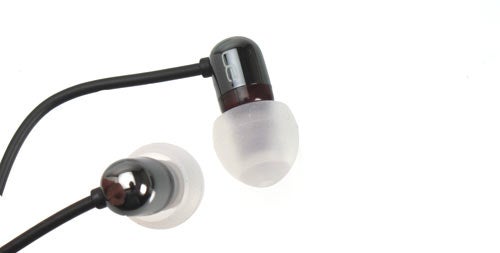 Take AFI’s Fainting Spells, for example. With the Shure’s the opening acoustic guitar has a greater presence and when the track really kicks in (listen and you’ll know what I mean) the UE 700s don’t deliver the same power. Don’t get me wrong, both are entirely listenable but the SE420s are still better. Just bear in mind that the difference is marginal and the UE 700’s are a lot easier to live with, thanks to their smaller design.


It’s a similar situation with Kilpsch’s dual-driver Custom-3 earphones and I’d be hard pushed to say which sounded better. The Custom-3’s are a little warmer and deliver more at the low end, but the 700s have more mid and top end clarity – personal preference is the key here, mine siding with Ultimate Ears in this case.


As an overall package, though, the contrast is greater. The Ultimate Ears 700 earphones are much smaller, arguably prettier (magpies would definitely approve) and by dint of being smaller and lighter they’re more comfortable to wear for extended periods of time. Plus Shure’s SE420s and Klipsch Custom 3s are more expensive, so if price is a constraint the Ultimate Ears 700s have a clear advantage there.


That the Ultimate Ears 700 earphones can be so small and yet sound so good is close to magic. That they’re also priced lower than the competition is practically sorcery.