“Hold your device with two hands and keep your thumbs in the circles,” instructs Halo: Spartan Strike, drums booming in the background as you prepare to take your first steps on New Mombasa. Even if you never make it beyond this point, even if this menu screen is your only experience of Microsoft’s latest chapter in the Halo series, you won’t be able to escape the feeling that the game that lies ahead is something big, something of scale.

As you press your thumbs down, the pads audibly charge up, triggering the first in a series of what are officially dubbed VR training missions, placing you – a Spartan in waiting – in a series of historic battles between humanity and the Covenant in order to rate your skills ready for real life warfare. It’s a canny way of enabling the game to tap into some major encounters between the two forces without mucking up the series’ timeline, and exactly the same trick developer Vanguard Games pulled off with the excellent Halo: Spartan Assault on Windows Phone back in the summer of 2013.

Spartan Strike is unashamedly more of the same and, when the original material was that good, it’s not hard to understand why Microsoft would be look to extend this Spartan mini-series beyond one release. 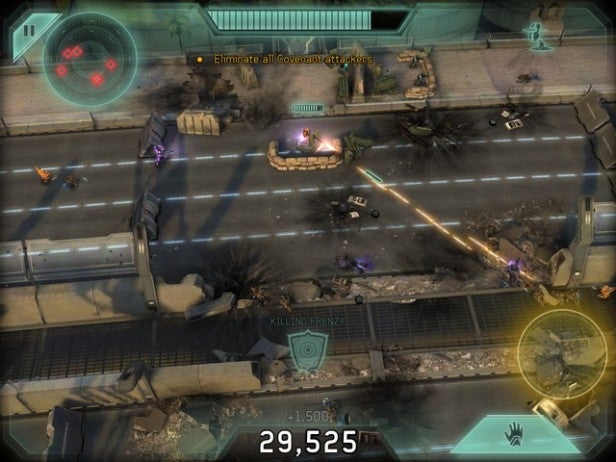 As before, Spartan Strike opts not to head down the first-person shooter path, instead offering a third-person, twin-stick, top down shooter approach, laying out a series of maze like levels where – guided by a chain of ever-changing objectives – your overall task is to work your way through, taking out all enemies in the process and make it to the end. Typically, this means balancing your attacks with taking more defensive positions, hiding behind level architecture before reappearing to take out your foe when their guard is down.

Just as in Spartan Assault, controls in Spartan Strike are kept intentionally simple. One virtual thumbstick on the left of the screen handles all your movement, while the right stick fires on anything that moves, with some slight targeting assistance insuring that you rarely waste vital ammo by firing off in random directions. Aside from some slight issues with throwing grenades (which require a tap of the screen to implement, but often end up being tossed towards a random location as a result), it’s the ease of the controls that enables the rest of Spartan Strike to really fly. 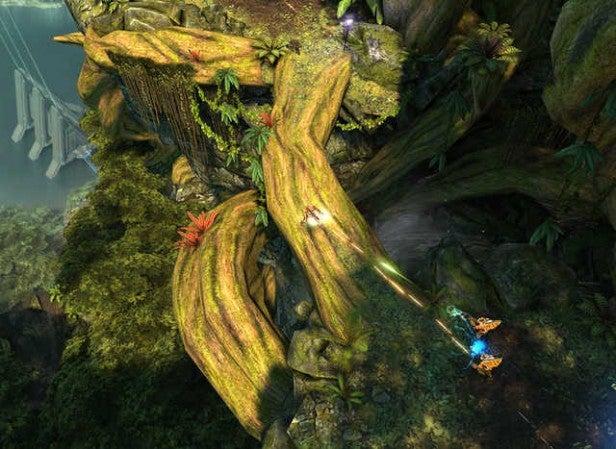 And fly it does. Though the levels are entirely linear, they’re dropped into worlds that seem full of life. The second stage has you traversing a platform up in the skies as, down below and brilliant in shot, the Covenant track across a bridge spanning a huge sea. It’s a simple visual trick, but the sense of vertigo it triggers is entirely real. And, as a whole, it’s entirely indicative of the approach Spartan Strike and its predecessor take from beginning to end: placing simple, accessible and entertaining gameplay within a huge, hectic universe that makes your encounters seem so, so much more important.

On top of this, what Spartan Strike also nails is the ability to make these encounters seem fun. Levels are basically broken down into small nuggets of action with clear goals given at each stage; hold this area, reach the next check point, destroy this base camp, etc etc. This means that play never gets sterile – your aims are constantly changing and the way you take on the enemy is kept equally fluid; while sometimes you’ll be tasked with taking on hordes of approaching Covenant strapped nervously to a single turret, on others your approach has to be much more strategic, dodging singular fire as you look to rid the world of an Elite. 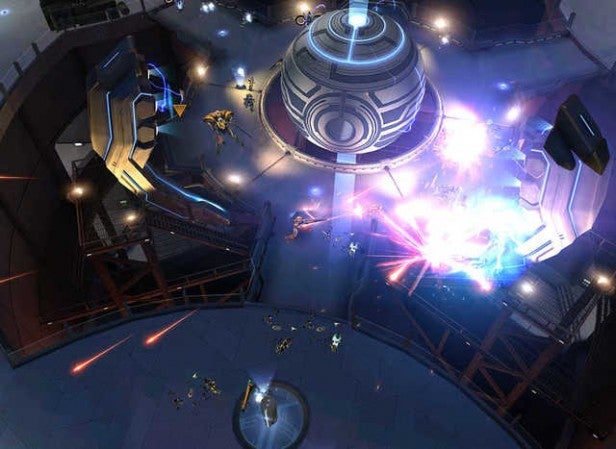 And then – splat – he’s dead, stage complete, and you move on to the next one. If there’s one area aside from Spartan Strike’s controls that deserves real praise, it’s the developer’s talent for understanding how the best mobile games work. Halo: Spartan Strike is in the rare position of being an epic game with genuine scale, but one you can also take on when life grants you a spare five minutes.

What’s more, despite being presented unashamedly as a Halo release – with all the trimmings that go along with that, including some especially stirring background music – Spartan Strike is also a game that folk with no connection at all to the world of Master Chief can quite happily tap into without feeling like they need to read up on the Halo universe. It is, quite simply, a slice of smartphone gaming at its utmost best, and a prime example of how you take a massive console-focused IP and transform it into a mobile masterpiece.

Verdict
One of the best twin-stick shooters you’ll come across on mobile, Halo: Spartan Strike – like its predecessor – is as accessible as it is entertaining, celebrating the grandiose nature of the Halo franchise without getting overly wrapped up in it. For action fans, this is about as good as it gets.