It’s difficult to try to convince someone who isn’t a Gundam fan to play a Gundam game. The main reason being that since there are so many entries in the franchise, it can be daunting. It can feel like an investment, expecting that you give up all your time to dedicate yourself to the Japanese craze. This is where Gundam Versus comes in.

While you’ll get more out of the game if you have a love for the series, the core mechanics here are kept deliberately simple. For example: if you want nothing more than to toy around with over 90 Gundam models – essentially, giant robots – before stomping around causing destruction then you can. Admittedly, you’ll have to stick to the training and offline modes, but Namco Bandai is clearly aware that this may hold some appeal and has thrown it into the mix as a result. However, this isn’t where the game’s true appeal lies.

Given the number of mechs available, it’s clear that fan service is important here – as it should be – but the real depth comes by way of the differences between each of these characters. Some will feel similar, of course. However, much like any credible fighting experience, the joy is in finding a setup that works for you and then slowly understanding and learning how to get the most out of it. This is far more simple here than in Street Fighter, for example, because you’re only ever dealing with two main attacks and a few speciality ones atop of that – but it’s the various strategies you can devise with teammates where events become interesting.

While it’s possible to have a one-on-one contest, you’ll get far more out of Gundam Versus by convincing some friends to join the madness – and then coming up with devious schemes to ensure you win. Unlike a normal fighter, you start with a points total when you begin, and this decreases every time one of your Gundam is destroyed. If that score gets down to zero, you’re toast.

Each Gundam has a different points total, based on various factors including strength and durability. Although varying tactics will work, before you’ve even fired a weapon it will be important to figure out the ideal scenario. Do you try to take out the big dog, or try to pin them back until the end?

This is clearly an area that will consume every player’s thoughts – because once you jump into the competitive end of Gundam Versus, you’ll soon realise that no-one is playing around. Some teams go on the offensive, and understanding how to keep up with them is a learning curve all on its own. 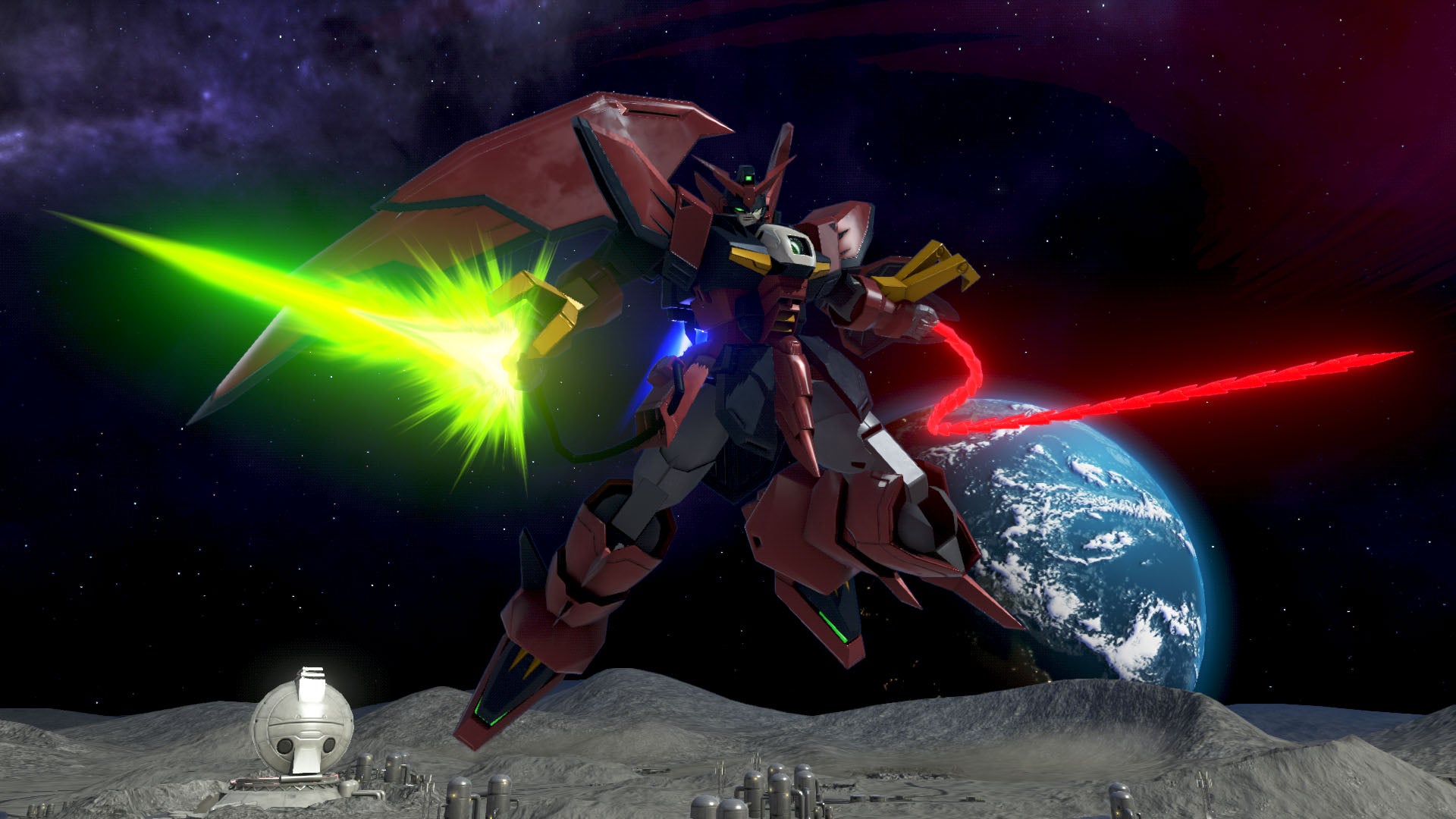 It’s within such a scenario that you’ll lose yourself entirely, and you’ll need to be dedicated should you want to start competing at the highest level. Although the foundations of the game are easy to get to grips with, mastering them is a whole other beast.

This is doubly true on the realisation that you don’t have to rely on a big gun to be successful. It’s perfectly acceptable to equip yourself with a big sword and beat the nonsense out of your enemy. Plus, there’s also the small matter of keeping an eye on your boost meter: it isn’t infinite, and running out will usually result in death. If you’re not moving, you’re a sitting duck.

Whether or not this is enough to keep a non-Gundam fan invested long-term will depend on the individual. The rewards of new emblems or pilots that are synonymous with the series will hold little appeal to such players, and it’s fair to say that the ‘cat and mouse’ gameplay can become tiresome – especially if you find yourself constantly falling into the latter category. With that said, Gundam Versus certainly offers far more than you may at first realise, and this remains true even if you’ve dipped your toe into such waters before. Namco Bandai’s latest is far more accessible than other titles in the franchise, and if you can forget about the sheer insanity that is unfolding around you, you may be surprised at the time you stay invested.

Gundam Versus is, without doubt, a unique fighting experience, one that actually proves to be a lot of fun. Naturally, fans of the series will get the most out of it, but anyone with a soft spot for the genre could find themselves pleasantly surprised.