What is Golf Club?

With Tiger Woods off EA’s roster for 2014, there is space in the market for a new golf game, enter the HB Studios developed Golf Club.

A stripped back, true-to-life title, Golf Club is about just one thing – and no surprises for guessing what – golf. There are no gimmicks, no power-ups or arcadey attributes to earn. There are no mini-games, no shot trajectory preview, nor the ability to change the spin of the ball mid-flight. There isn’t even a catalogue of professional golfers to choose from.

Playing Golf Club at E3 2014 it quickly becomes clear what this digital only release is about though. It is about you, the course and mashing that little white ball as hard and as true as you can down the fairway.

Sound dull? Well, it’s not. Or at least not totally. Golf Club might lack a number of features we have come to expect from EA’s leading golf series, but it makes up for it with something else impressive, a massively expansive course creator. 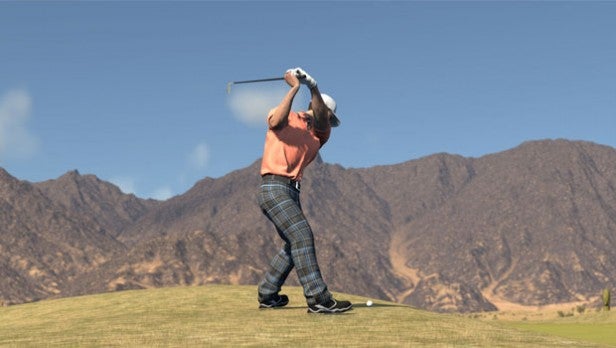 With a lack of officially licensed courses, Golf Club is what you – and the wider Golf Club community – make of it.

Building our own course was simple and allowed us as much or as little freedom as we wanted. There are a number of themes to the course creator, from an alpine and desert settings to rural and (soon) links layouts, and once selected, this base could quickly be manipulated to be as hilly and foliage filled or bereft as desired.

These quick selections create the randomised base for your course and its 18 holes. Not like the layout, no worries, we were quickly able to alter the course as desired. Within a matter of minutes we were able to add bunkers, camber, water hazards and narrow the fairway down in points to add a bit more of a challenge to the course.

With the ability to jump in and out of the course creator to test the custom course at will, it is easy to sample what you’re making and adjust the layout and hazards accordingly. 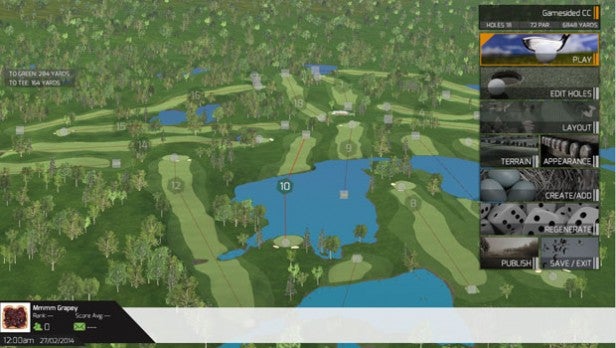 The course creator is so expansive that we were only able to scratch the surface during our time with the game. We look forward to giving it a thorough run-through when Golf Club hits the Xbox One and PS4 in July.

In terms of gameplay, Golf Club’s focus is solely on perfecting the mechanic of the game. There’s no way of levelling up your player’s abilities and there are no purchaseable clubs with which to improve your range or accuracy either.

Therefore, Golf Club is not the most forgiving of games. Early use saw us pull and shank the ball in all directions. Half an hour with controller in hand and there is a satisfying learning curve to the game. We by no means perfected the swing but were having far more success than we were at the start. 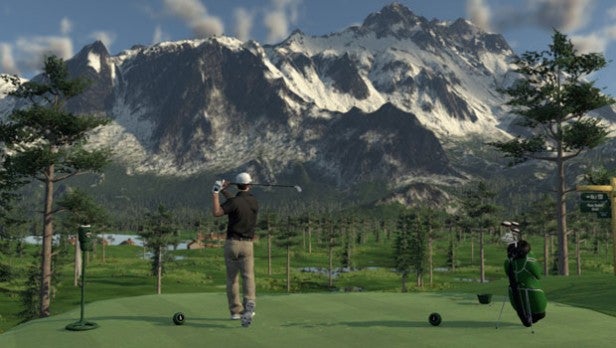 This difficulty and ever growing range of playable courses should keep what is relatively basic and repetitive gameplay enjoyable for a longer period.

Although offering a sense of achievement in striking a good ball, this semi-serious nature will likely deter some of the more casual gamers drawn into the better known Tiger Woods series. Ultimately this is a game for true golfing enthusiasts.

With its lack of officially licensed courses and golfers to draw gamers in, Golf Club is going to live or die by its smooth gameplay and course creator. Thankfully the game ticks both boxes. From the pre-release build we saw, there are still a few graphical and fluidity improvements to be made, but for those missing their annual Tiger Woods fix, this will make a satisfyingly alternative.