What is the Gibson Trainer Ti100?

If a company wants an athlete to partner with them, they don’t come much bigger than Usain Bolt. That’s why the Gibson Trainer Ti100 in-ear headphones are justifiably high on many fitness junkies’ wish lists.

However, with pricing starting at £149 the Gibson Trainer Ti100 don’t come cheap and need to offer high-quality sound and robust build to justify their cost. Fortunately, they generally deliver on both these fronts. 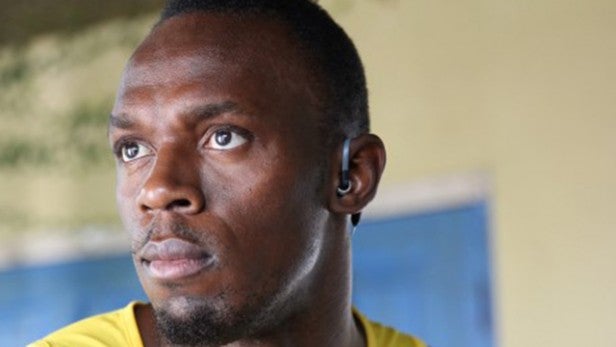 There’s very little to this piece of kit – just the two earbuds connected by cable to the battery. The only noticeable features are a custom ‘NightNav’ (more on that later) that sits between the buds, and a couple of control buttons in a little lozenge near the left bud. I wasn’t initially sold on the design.

The kit comes in either black or white. I tried the white model and didn’t much care for it. The buds, wire and NightNav’s colours don’t fully match. The tan colour that’s used for one side of the flat wires and significant parts of the controller lozenge also looks slightly faded.

I was also slightly concerned about the Micro USB charging port’s placement on the control Lozenge. The cover doesn’t feel that robust and left me concerned it might break off fairly easily, compromising the earphones’ water resistance. 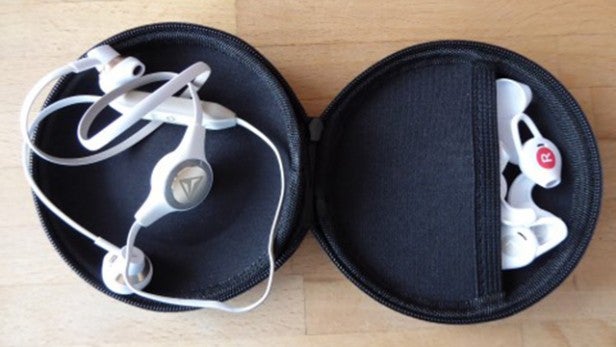 To be fair, the Ti100 doesn’t have an IP water resistance rating, just a Weatherseal coating that makes for rain and sweat resistance. So I wouldn’t suggest wearing the Trainer Ti100 in the shower.

However, after a bit of time with the Gibson Trainer Ti100 I was pleasantly surprised by how good its build quality is. The cable used is very robust and there’s not much chance of it all falling apart due to rough handling.

So, NightNav is a key feature, designed for night-time outdoor safety. A quick double-click of the O button in the middle of the controller lozenge causes three bright, white LEDs to pulse around the circumference of the battery, and shine out from the nape of your neck.

The light is bright, though probably not enough to keep you visible at night on its own. Think of it as an extra to the reflective gear you already wear.

Also, your hair might flop over and cover the light, or as happened in my case, it might simply disappear down the back of your top where it snags about and causes a bit of pulling of the earbuds.

Luckily the kit provided includes a magnetic clip you can use to anchor the Trainer Ti100 to the back of your clothing to help solve this problem.

The Ti100 comes with four ear tips to help you find the perfect fit for each ear. After some inevitable fiddling to find the most snug tips for each ear, I found them quite comfy. 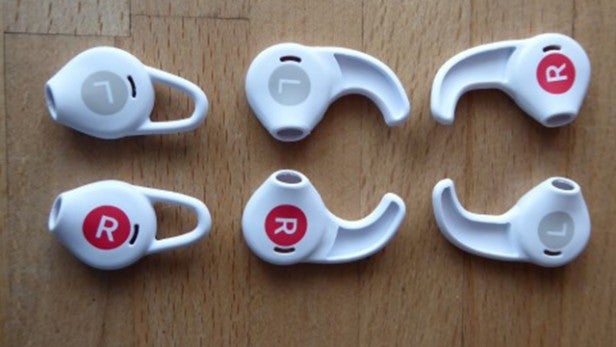 But there are some ergonomic issues. I found the controller lozenge stroking against my neck a bit irritating at times, and it occasionally caught on clothing and tugged at the left earbud.

It was a bit awkward having to reach behind my ear to get to its music controls. If you like to skip tracks this could become an irritation. Ditto if you want to use the controls to take or ignore calls.

And if you have the wires over your ear rather than under, which gives a more secure in-ear fit, then the controller lozenge is too far away from your mouth to use its mic when taking calls.

The placement is also an issue when using Safesound. This is a system that turns down both music and bass volume so you can hear what’s going on around you while listening to music. It requires hitting two of the three buttons on the controller at the same time, and while it can be done one-handed, it’s a little bit more of a faff than it should be. 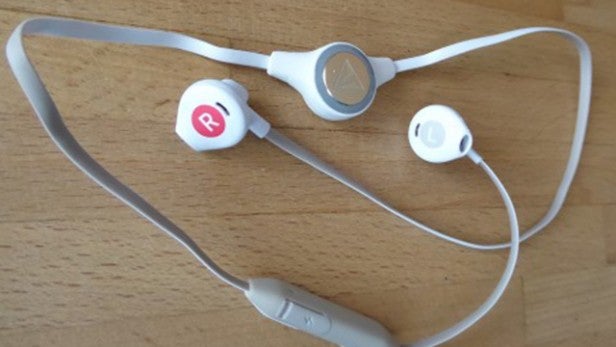 There’s no wired option with this headset. You have to pair it to a device using Bluetooth or NFC. The blue pairing light is on the battery capsule and pulses in combination with a white LED when the headset is ready to pair. Battery life is stated at 6.5 hours and I didn’t find that claim to be wildly off. There’s no battery-level indicator on the headset itself, but your handset’s status bar can give an indicator when the headset is paired.

Sound quality is fair but not excellent. Sound is a trifle blurred, and felt a bit bass-heavy to me, though if you exercise to pumping dance tracks that’ll likely be right up your street. Isolation is good – which is great for the distractions of the gym, but not so good for the road where you need less isolation and to keep your wits about you.

Should I buy Gibson Trainer Ti100?

There’s a lot to like about the Gibson Trainer Ti100, but also a lot that irritates. The NightNav lighting system is clever, the plentiful supply of ear tips is a definite plus, and the clever volume-reducing Safesound option is neat. The robust build is a must, too, for a headset that will set you back a pretty penny.

But there are irritations, and these include the need to fit the magnetic clip to hold the NightNav lights in place, difficult access to the controls if you want the more secure fit of over-ear wires, and the potentially easy-to-lose USB port slot cover.

If you’re in the market for sports headphones I’d recommend you check out the Sennheiser PMX 685i before the Gibson Trainer Ti100. They’re cheaper and offer similarly great build and sound quality.

The Gibson Triainer Ti100 aren’t the best sports headphones on the market, but they offer decent build quality and some nifty custom features.