What is the Gear4 Stream 3?

The Gear4 Stream 3 is an affordable wireless speaker, costing only £129.99. For the money it packs in both Wi-Fi and Bluetooth, which is unusual since at this price it’s more likely that you’d get one or the other.

In most respects this is a decent home speaker. However, its custom software is poor and you can get speakers with much punchier bass at the price. 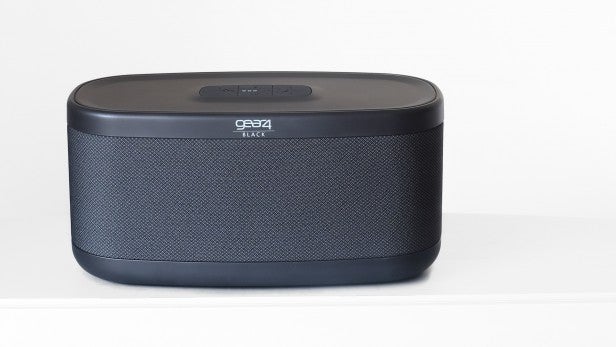 The Gear4 Stream 3 is the larger of Gear4’s new wireless speakers. Despite having the “premium audio anywhere” tagline splashed across its box, this isn’t actually a portable speaker; there’s no battery, it has to be plugged in to work. As such, it goes up against the Sonos Play:1, which is £50 more expensive, and the Jam Rhythm that’s £30 cheaper.

Design-wise the Gear4 Stream 3 isn’t fancy, but it’s a cut above the Gear4 gadgets you might have seen on the high street. Its finish is all-black – and all-plastic, aside from the fabric grille that snakes around its front. 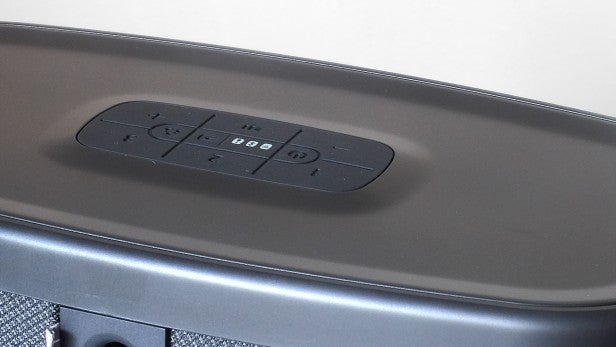 This is a Bluetooth and Wi-Fi speaker, so much of the control of the unit is via your phone. However, you’ll also find several buttons on top of the unit: playback and volume controls, a source selector and preset buttons.

The inclusion of these controls help to make the Gear4 Stream 3 feel a little different to use than a pure wireless speaker. You can set internet radio stations to the preset buttons, for example, and plug in older sources using the 3.5mm jack on the back.

There’s also a USB port, designed to let you charge a phone, but its usefulness is limited when the Stream 3 has to be plugged in anyway. 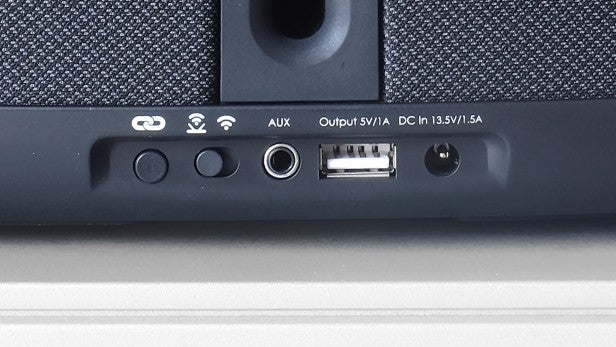 The easiest way to connect the Gear4 Stream 3 is over Bluetooth, but to unlock its full abilities you’ll need to use Wi-Fi. This involves diving right into what is in my opinion the worst part of this speaker – its phone app.

Overall, the app is poorly designed, and in some parts it’s truly terrible. It weaves in Tidal and the vTuner Internet Radio services, and it makes the former an almost incomprehensible mess.

If you have the patience, though, you can do a decent amount with the app. You can use Wi-Fi Direct to connect without a router, group speakers, and setup stereo pairs by manually choosing whether each speaker plays a left, right channel or stereo feed. 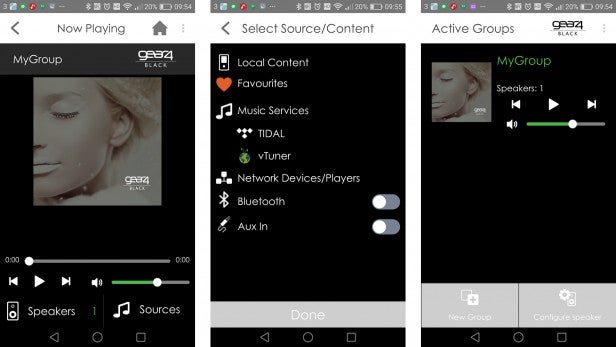 Right now, I’d suggest avoiding these Gear4 speakers if you’re looking to set up a large multiroom system since the software is just too poor. It will likely improve, but by how much is anyone’s guess.

It doesn’t do a great job of making Wi-Fi setup appear effortless, either – but as long as you’re not a real technophobe, you shouldn’t have too many problems. It provides options for WPS and password input right off the bat. I didn’t experience any issues, with Wi-Fi setup taking only a minute or two. 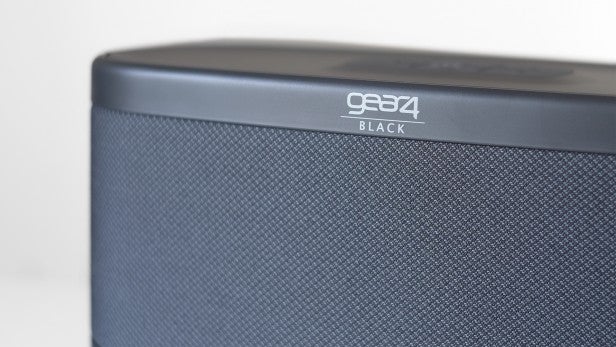 If you’re more of a Spotify fan, you can bypass the app altogether. The Gear4 Stream 3 supports Spotify Connect, allowing you to simply choose a speaker or group of speakers in the Spotify app.

It’s dead simple, and while a few times the Gear4 app displayed an error saying radio streams had failed, wireless performance with Spotify and Bluetooth are great. 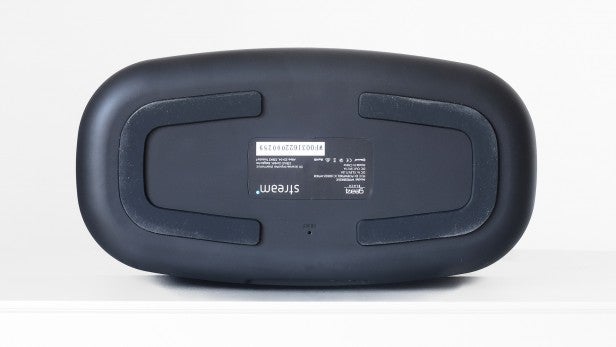 The Gear4 Stream 3’s software displays the same poor quality as the Stream 1 we reviewed recently, its sound is – while comparable – far less problematic.

Its key strength is being able to project a good amount of mid-range and treble detail, but minus the hard edge evident in the Stream 1. Comparing the Stream 3 directly with rivals Sonos Play:1, the Jam Rhythm and the Jam Symphony, it has a great ability to promote the meat of vocals, while also offering a well-defined treble that gives bite. 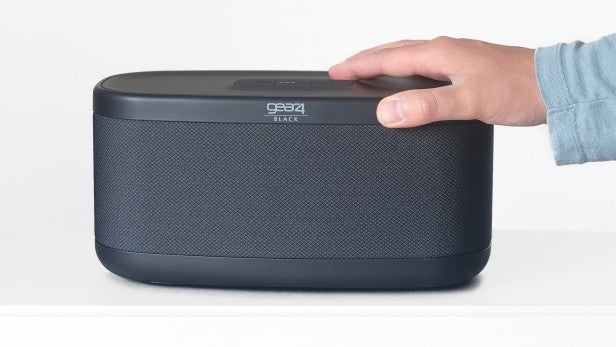 The standard procedure with a number of wireless speakers is to emphasise the treble and the bass, and leave the mids far weaker, which can often leave singers competing with their backing bands. This isn’t the case here. The Sonos Play:1 has unusually good mids for a small speaker too, but its treble is a touch soft.

The Gear4 Stream 3 isn’t an all-round star performer, though. For a speaker of this size, its bass depth and punch are quite poor. There’s plenty of presence in the treble and upper mid-range, but the low mids and bass tail off in a way that takes a lot of the power and fun away from dance music and driving rock tracks. Sound balance is a little stilted. 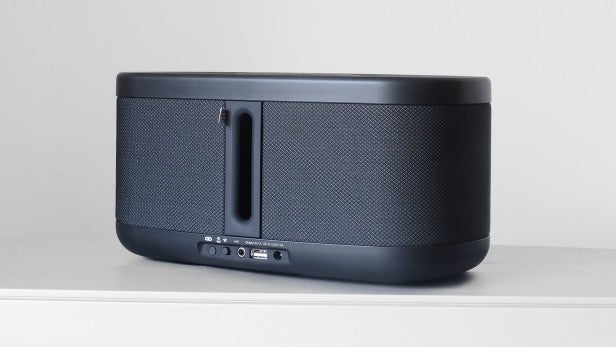 As such the sound lacks dynamic range, and comes across as a little small compared with many of the more recent mid-size wireless speakers.

The scale of the effect varies significantly depending on the kind of music you play. Feed the Gear4 Stream 3 a singer with a guitar, or one sitting at a piano, and those clear mids sound decent. But bands and electronic music just won’t have the scale and “full” sound you’ll hear elsewhere.

This speaker is particularly adept at the lighter side of music. And, contrary to what you might expect given these issues, can play it fairly loud without sounding like it’s struggling. 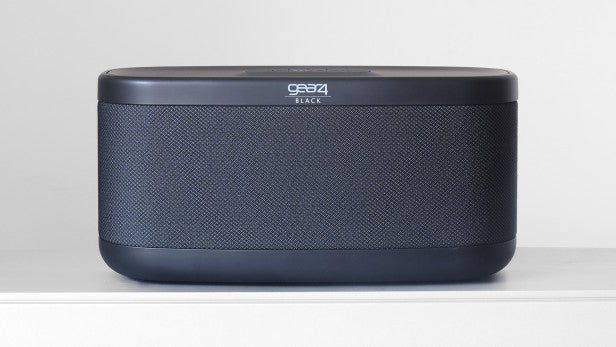 Should you buy the Gear4 Stream 3?

The Gear4 Stream 3 is a better-sounding speaker than the Stream 1. If you want an affordable everyday home speaker, you could do a lot worse.

However, despite its loud maximum volume, there are better speakers available if you want a party speaker rather than one that excels at more reflective music.

The £99.99 Jam Rhythm is the most obvious alternative, offering far better bass, if less clarity in some areas. The Sonos Play:1 also has a much fuller, richer sound if you can stretch to the extra £40-50.

A feature-rich wireless speaker, but one that lacks bass power – and the software needs work too.