Introduction
Whilst a selection of competitors have embraced the growing interest in smartphones, Garmin has been conspicuous by its absence. But with the increase in people foregoing a standalone device in favour of a smartphone app, including the likes of TomTom for iPhone, this was clearly a market sat-nav companies had to be in. So Garmin, with a little help from its purchase of Navigon in mid 2011, has succumbed and launched its own smartphone software, available in UK and Ireland or Western European flavours. 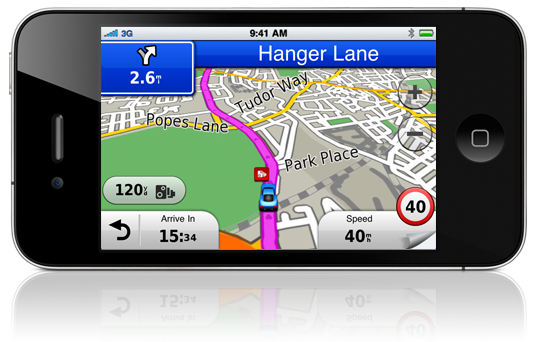 We looked at the Western European version, which costs £69.99, making it a better deal than the £49.99 you will need to fork out for the UK and Ireland iteration. However, although you can buy the software on its own, the Western European app is also available as a bundle with a sturdy screen mount for £89.99. This is only compatible with iPhone 4 or iPhone 4S models, however, and will not support the newly release iPhone 5. Despite this, the app itself will run on any device with iOS 4.3 and above, including including iPhone 3GS onwards and more recent iPod touch models including the new 2012 iPad touch. The phone is secured firmly in the mount, with a power adapter included for a car cigarette-lighter socket. The power adapter must be connected separately, however; it’s not integrated into the mount.

The menu starts off on familiar territory for Garmin sat-navs, with two large icons to take you to the destination entry system or to the map, and an array of smaller icons for secondary functions. However, the overall look and feel is a bit different to Garmin’s standalone sat-navs. You can enter a destination by looking up a house number and street keyword, or use a full UK postcode, or drill down from city to street in traditional fashion. 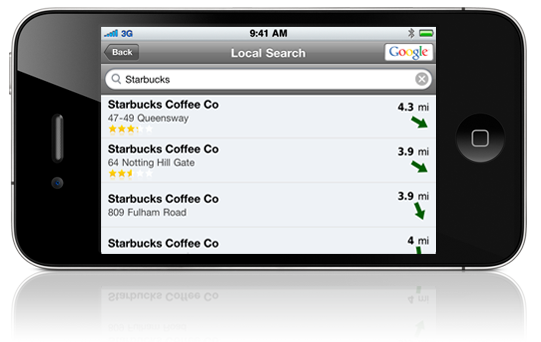 There is also a traditional category-based points of interest (POI) system, although you can search across this by keyword. We also found that in the Western European version, the database search is across all included countries, so you can potentially find destinations across the border when you are on holiday in continental Europe. The POI database is well stocked, but if you can’t find what you are looking for, Google Local Search is also available, although of course this will require a 3G or Wi-Fi connection. You can also navigate to road intersections, city centres, iPhone contacts, GPS coordinates, and Exit Services along your current route. This calls up a list of useful POIs that are close to your route, if you want a quick stop for food or petrol. There’s a multi-waypoint trip planner as well. 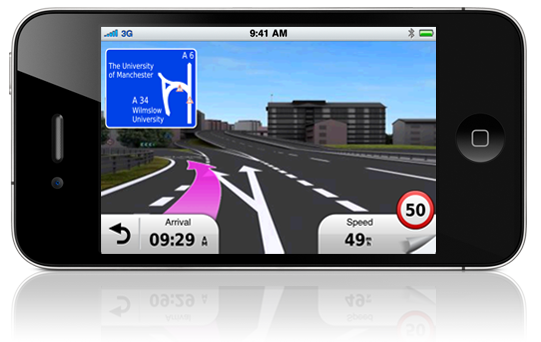 When you have found your destination, an icon on the top right lets you look up a six-day weather forecast for the location, with information supplied by My-Cast. You can also share whether you are coming to, currently at, or leaving a location via Facebook or text, with the latter being potentially more useful than the scatter-gun social media provisions of many competitors. Twitter support is noticeable by its absence, though. You can also add a found location to your favourites with a single click, and search for POIs near this location.

The Garmin software has numerous extra features that can be added for free or for an additional fee. Freebies include PhotoReal Junction View and 3-D Buildings and Landmarks. The former provides a full-screen graphic at complex interchanges, whilst the latter displays realistic 3D models of key landmarks on the map as you drive, so you can use them to orientate yourself. However, if you want traffic updates, a fee of £17.49 will be required, although this is not a subscription but a one-off. This will furnish you with Garmin’s 3D Traffic system, but doesn’t include the photoLive Traffic Cameras service we first encountered with the Garmin nuLink 2320 – this costs a further £7.99. Garmin’s unique traffic surveillance camera system lets you see the view live of roads. You simply add these to your favourites, and then select one to see what it sees on your smartphone screen. It’s not something we would recommend using whilst driving, but can give a very useful glimpse of real traffic conditions. 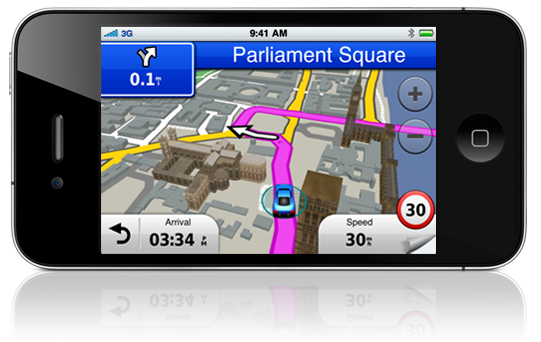 For £34.99, you can purchase Vehicle Display Integration, which projects the map onto an external car display, but only with compatible vehicles. Panorama 3D will set you back £6.99, and Urban Guidance £3.99. The former gives a more contoured map view, helping you find your bearings in open country in the same way as the 3D landmarks do in more built-up areas. Both were Navigon features before, so have clearly come over when Garmin purchased the company. Urban Guidance is broadly similar to the city modes available from some other manufacturers, providing walking routes which also suggest public transport, although only in a selection of European cities. 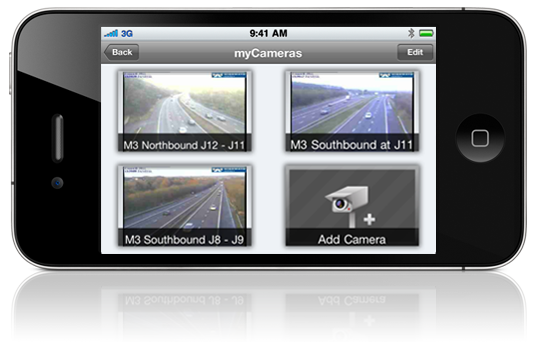 So, your original purchase is just the beginning. Loading the Garmin app with all its extras could more than double the price. But at the time of writing, these were not time limited but one-off payments, which makes them a good deal compared to the subscription-based services offered by TomTom. Safety cameras locations are included as standard, however, for countries where this is legally allowed. You can also report any new cameras you come across via a button on the map screen. 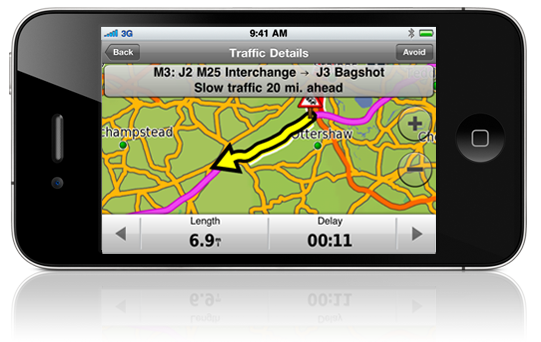 In use the Garmin StreetPilot app provides a clear 3D map with sensible voice commands. Your next turning is described along the top, with arrival time on the right and current speed on the left. You can change the arrival time to display a variety of other information, such as distance or time to destination, but only one at a time. Clicking the speed calls up a trip computer display with compass. A tab at the side pulls out quick icons for overlaying information and 3D landmarks, plus calling up Exit Services and plotting a detour. Overall, it’s an easy-to-follow navigational experience, and can be viewed in portrait or landscape.

Garmin StreetPilot Western Europe Verdict
With navigation available on both iPhone and Android for free, purchasing a standalone app for £50 or more isn’t going to be the right move for everyone. Garmin’s mount bundle is reasonable value, however, when generic mounts cost at least the £20 difference between the app and app plus mount, and these won’t necessarily offer the same quality as Garmin’s. Adding extras does push the price up, although the one-off payment for traffic does make this cheaper than TomTom’s subscription for HD Traffic, even if the latter’s capabilities are hard to beat. However, TomTom’s European iPhone navigation app costs £20 less. So although the Garmin app is very capable, it needs to come down in price to be competitive.