Finlux’s TV output to date has been quite a rollercoaster in picture quality terms. And actually this same metaphor pretty much perfectly sums up the experience of watching the 55F9076-T.

Starting our tests with some standard definition and HD tuner fare, first impressions are rather good. Particularly impressive right off the bat is how sharp and detailed the HD channels look. As well as doing an effective job of reproducing every detail HD sources have to offer, the 55F9076-T is pretty good at both dealing with potential MPEG compression noise and the sort of motion ‘blur’ (actually resolution loss) that the affordable end of the LCD TV world still often suffers excessively with.

Nor is there much judder to worry about, and despite the sharpness on show the 55F9076-T doesn’t suffer significantly with the sort of fizzing noise and edge stressing visible on TVs that apply excessive sharpening trickery.

The 55F9076-T is also much less of a car crash than might have been expected with standard definition sources, managing to upscale them without leaving them looking excessively soft, blocky or over simplified where colour tones are concerned.

Unfortunately the down part of the 55F9076-T’s picture rollercoaster kicks in when you leave the ‘bright lights’ of daytime TV behind and dim the lights for some serious film watching. In these circumstances things fall apart quite badly due to an all-too-predictable woe: poor black colour reproduction.

Even if you’ve got the contrast reduced as suggested earlier and the dynamic contrast engine in play, dark scenes look a milky grey wherever they’re supposed to look black. This instantly makes dark scenes look far less realistic and immersive than bright ones, as well as reducing colour naturalism/response and crushing out shadow detail. This latter issue leaves the darkest parts of the image looking flat and hollow. 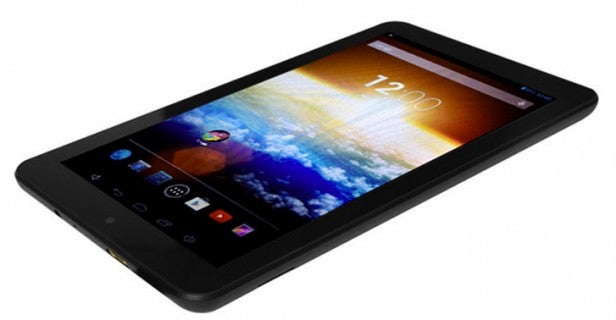 A further issue during dark scenes is the appearance of some pretty aggressive and large areas of backlight clouding in the screen’s corners – especially, on our test sample, in the bottom right corner. This throws a pretty big barrier between you and what you’re watching – a barrier to immersion that’s likely to drive the sort of person interested in a 55-inch TV nuts.

None of the backlight presets adequately resolve the lack of black level response, and as noted earlier, there’s no subtler backlight ‘slider’ that could potentially help out.

We fiddled with the brightness adjustment out of desperation, but as expected this just made the bright parts of dark images lose luminance rather than having any significant impact on the black level response.

The only thing that might have combated a native black level performance as poor as that of the 55F9076-T would have been a local dimming system. But one isn’t provided, and actually, based on experience of a number of other low-contrast TVs this year, even if there was one it would likely have caused distractingly localised light ‘blocks’ around bright image elements.

The lack of contrast is particularly noticeable if you’re watching a film with a 2.35/2.4:1 aspect ratio with black bars above and below the picture, as the black bars provide a constant reminder of the black level shortcomings, even during bright scenes.

With 16:9-ratio films (which are actually in the minority, alas) you can at least forget the contrast problems during very bright scenes. But as soon as any dark element creeps into the image you’re reminded right away of this Finlux’s inability to deliver a colour that’s even close to a true black.

The black level shortcomings become less aggressively distracting if you’re watching in a bright room rather than a dark one. But for us, any TV as big as this should be up to the challenge of being watched in a dark room from time to time given the potential ‘home cinema’ proclivities of its buyers.

Used as the main TV for the review period
Tested for more than a week
Tested using industry calibrated tools, discs and with real world use
Tested with broadcast content (HD/SD), video streams and demo discs
Previous
Finlux 55F9076-T Review Next
3D, Sound and Conclusions Review