You know the Finlux drill by now. Aside from the surprising flagship 42S9100-T we tested recently, the Vestel-owned brand seems to be doing quite-nicely-thank-you by selling remarkably cheap TVs to a cash-strapped UK marketplace direct through its own website. So it’s no surprise to find the Finlux model under the spotlight today, the 46S8030-T, delivering 46in of pictures, a Freeview HD tuner, edge LED lighting and even a degree of Smart TV functionality all for the princely sum of £550. Minus a penny.

Strings attached
Dedicated readers will also know, though, that the Finlux ‘way’ comes with some strings attached. Namely that when a new set comes through the door you don’t know for sure what you’re going to get in quality terms. Some models we’ve seen have been startlingly good for the budget TVs, while one or two others have been, well, rather less impressive. So without further ado let’s find out which side of the Finlux coin the 46S8030-T belongs on. 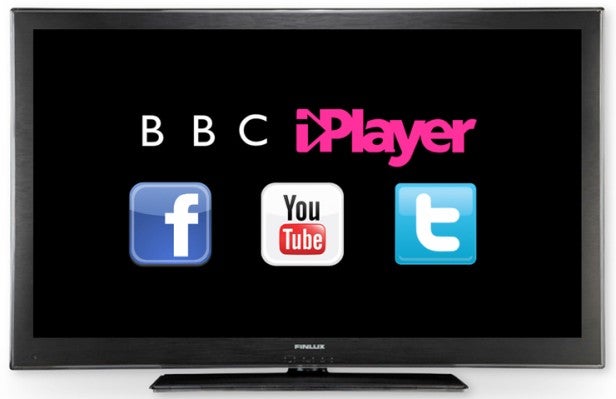 Aesthetically it’s… OK. On the surface of things it does a respectable job of aping Samsung’s ‘crystal’ design of a couple of years ago with its shiny finish and transparent outer trim. Its slightly textured bezel looks pleasant too. But it feels a bit flimsy, and the bezel is unfashionably wide by today’s ultra-skinny standards.

Uncompromising connectivity
Its connections are surprisingly uncompromised by the 46S8030T’s budget price, though. Especially pleasing is the appearance of four HDMIs, a pair of USB ports for playing back video, photo and music files or recording from the built-in tuner, and perhaps most surprising of all, built-in Wi-Fi courtesy of a provided USB dongle.

There’s also a LAN port if you’d rather go the hard-wired route, but with Wi-Fi available we don’t imagine many people wanting to do that. 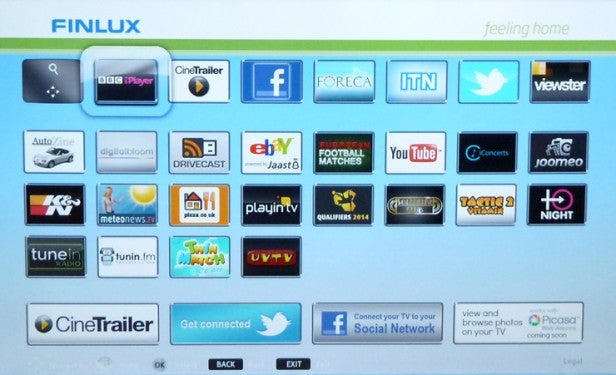 Finlux has even gone so far as to include with the TV a free copy of the Nero MediaHome 4 Essentials to help you get your computer(s) networked to the TV. Though it’s a pity that this software only runs on Windows 7 and XP; there’s no Mac support.

Remote control
Operation of the TV is accomplished via a surprisingly good remote control complete with a spacious and mostly sensible lay out, along with some pleasant enough onscreen menus that combine large icons with clear text.

Features within the menus include a quartet of picture presets (Dynamic, Cinema, Game and Natural); low, medium, high and auto backlight adjustments; multi-level noise reduction circuitry; a multi-level dynamic contrast system; 100Hz processing; a basic colour temperature adjustment, and a trio of surprises on such a cheap TV, namely a skin tone adjuster, a simple Red-to-green colour shift sliding bar, and the ability to adjust the gain levels of the red, green and blue colour elements.

Let’s turn next to the 46S8030-T’s promised Smart TV features – slightly disturbingly dubbed ‘Feeling Home’ on the online system’s home screen. It’s clear very quickly that content levels don’t rival the online services of the latest Smart TVs from the likes of Samsung, LG, Panasonic and Sony. That said, there is a bit more going on than we might have expected. There are 27 services available in total, which include BBC iPlayer, YouTube, ITN, Facebook, Twitter, Picasa, European Football, iConcerts, Viewster, eBay, and tunin.fm.

No subscription video services
It’s a shame, of course, that there’s no Lovefilm, Netflix, Acetrax or Blinkbox streaming support, but arguably any sort of video streaming content is a bonus at the 46S8030-T’s price level.

We started our picture quality tests with standard definition feeds from the built-in tuner, and were presented with a classic mixed bag of results. On the upside, first impressions suggest that the set has somewhat better black level response than might have been expected for its money, and pictures are both bright and richly coloured. Also surprisingly decent for a budget TV is the 46S8030-T’s motion handling, which suffers much less with blurring and smearing than might have been expected. 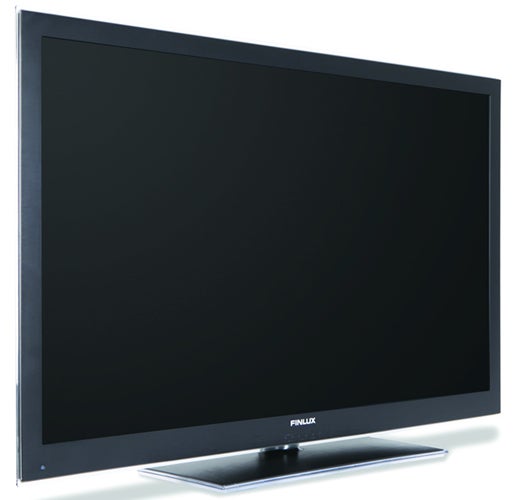 Kicking off the downsides, pictures look rather noisy as the TV’s upscaling processing exaggerates source noise – especially MPEG blocking and shimmer – rather than attempting to reduce it in any significant way. Also, colours tend to look rather primitive, in that a lack of subtlety when it comes to reproducing blends and a seemingly rather limited palette can leave some colour areas looking a bit blocky, stripey or patchy.

Settings advice
With HD, pictures actually look more than respectable for the 46S8030-T’s price point. So long as you’re careful with its settings, at any rate. In particular we strongly advise you not to use the set’s Dynamic picture preset, as this can cause some pretty depressing amounts of backlight inconsistency/clouding during very dark scenes. The Cinema setting undoubtedly serves as your best starting point for movie viewing, though you can try the Natural preset for normal TV fare. 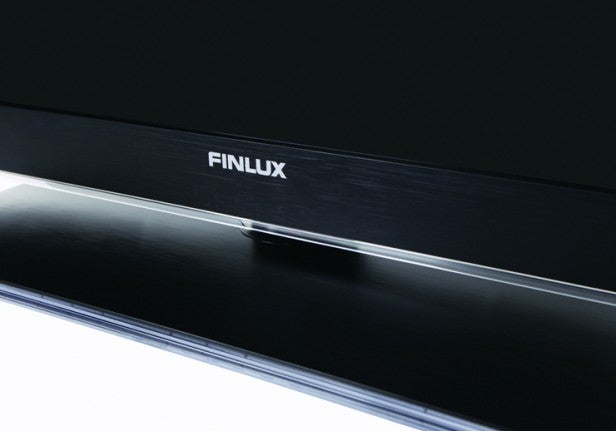 Also best switched off is the set’s Auto Backlight setting, since this can lead to some distractingly slow and over-aggressive shifts in the picture’s overall brightness as the source image shifts from light to dark content and vice versa. Instead we’d recommend the Medium backlight level for TV viewing, and Low for movies.

We’d also recommend turning the set’s colour down a touch from its factory settings, to stop skin tones looking a bit ‘peaky’, and that with HD you leave noise reduction switched off to prevent the picture looking soft.

Fair contrast
Also better than usual by budget TV standards is the 46S8030-T’s contrast performance, especially at the dark end of the spectrum. Its attempts at producing a credible black colour really aren’t bad at all, even with the auto backlight deactivated. There’s a shade of bluish grey hanging over dark scenes for sure, but it’s nothing like as strong or overbearing as we would expect from a budget TV.

As well as helping dark scenes look notably more convincing than they normally do on cheap TVs, it also makes it easier to see the sort of subtle shadow details that stop the darkest parts of pictures on LCD TVs from looking like weird black holes.

HD Colours
Colours look much better in HD than they do in standard def too, with more subtlety in their rendition and a wider range of believable tones. Though there’s a slightly muted general tone, and you can still see that the range of colours the screen can produce is well below what you would hope to see from a more expensive 46in TV.

It has to be said that pictures lack a little brightness after they’ve been calibrated to produce the best contrast performance, but this isn’t as bad a deal as it sounds, especially if you’re able to watch in a dark or dimly-lit room.

Gaming skills
If you’re a serious gamer, the 46S8030-T might not be the best TV for you. For we measured an average input lag figure of 44ms. As well as being a bit higher than the LCD TV average, our tests recorded a few even higher measurements of 67ms along the way. 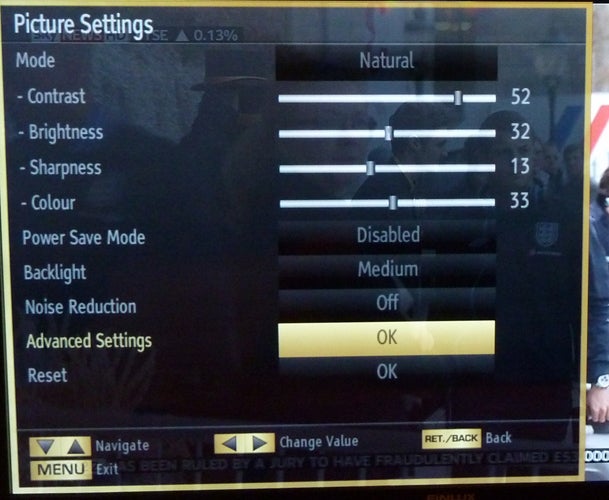 While the 46S8030-T generally outperforms its price with its HD pictures, it lives down to expectations sonically. Even when watching fairly straightforward TV shows the mid-range can sometimes distort a bit when delivering voices, and there’s a tendency for the speakers to over-emphasise trebles. These issues are inevitably much more obvious when watching an action scene in a film, to the extent that the almost complete lack of bass, constrained mid-range and over-egged trebles combine to leave you wincing at times when the going gets really loud – a simple set of stereo speakers or a soundbar will really lift things here.

Verdict
Although it certainly doesn’t hide all of its budget heritage, overall the 46S8030-T is a far better performer for its money than you’ve any right to expect, and even its Smart TV features aren’t completely half-baked. So all in all, this is another of Finlux’s better moments.