Finlux has delivered some surprisingly good pictures from some of its previous budget TVs, such as Finlux 32F8030-T. The 32F8072-T, however, is one of its weaker efforts. Either that or the quality we’ve seen elsewhere in the TV world recently has shifted our expectations upwards…

The single biggest issue we have with the 32F8072-T’s images is their extremely average black level response. Even if you use the HDMI True Black feature (which actually we recommend that you don’t for the aforementioned ‘black crush’ reasons), dark scenes routinely appear behind a bluish grey mist unless you set the image’s brightness so low that pictures start to look drab and lifeless.

There’s also a degree of backlight clouding/inconsistency to be seen unless you again push the brightness lower than feels comfortable. 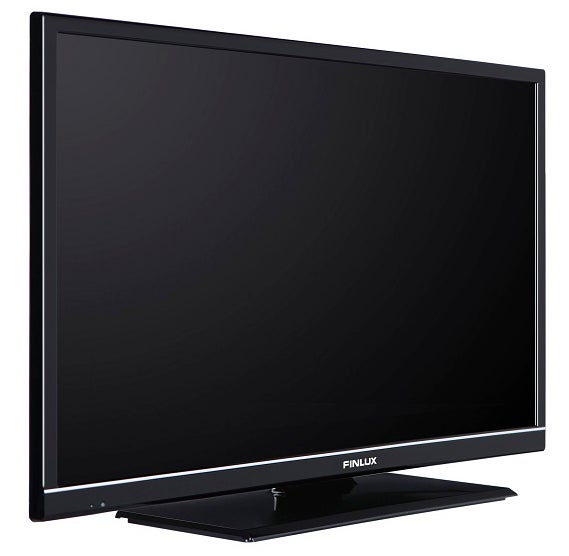 The amount of shadow detail crushed out of the picture by the lack of good native contrast from the 32F8072-T’s panel is also a real concern, as it can leave dark scenes looking hollowed out and flat. In fact, with some really dark shots you can struggle to see any evidence of picture information at all through the grey mist.

This problem means that you’re forever straining your eyes while watching the 32F8072-T looking for more picture information than you’re ever going to actually be able to see – something which inevitably doesn’t make for a very comfortable viewing experience.

Average black level performances usually result in less than brilliant colour handling too. And so it is with the 32F8072-T, as colours in dark scenes tend to adopt rather murky, unnatural tones.

Things pick up considerably in the colour department during bright scenes. But even here there’s a rather basic look to colourscapes that’s presumably a result of the set not employing a very powerful colour processing system.

There are areas of the 32F8072-T’s pictures that can be considered moderately successful for such a cheap TV. Its handling of motion, for instance, is reasonably clean, with precious little judder and slightly less resolution loss over moving objects than might have been expected for the TV’s money.

This helps the TV achieve a decent sharpness level with HD footage, so you’re never in doubt when you’re watching proper HD material despite the screen’s small size. At the same time, though, the sharpness doesn’t look forced, so that pictures don’t end up looking too fizzy.

Surprisingly, the Finxlux 32F8072-T is also pretty solid with standard definition sources, at least to the extent that it remaps them to the native HD resolution of the TV without exaggerating source noise. There’s more softness to the finish of upscaled pictures than you’d get on a more expensive TV, but the softness isn’t severe enough to count as a big distraction.

These little tidbits of good news about the 32F8072-T’s pictures, though, don’t do enough to over-ride its contrast problems.

Used as the main TV for the review period
Tested for more than a week
Tested using industry calibrated tools, discs and with real world use
Tested with broadcast content (HD/SD), video streams and demo discs
Previous
Finlux 32F8072-T Review Next
Sound Quality and Conclusions Review