Its looks are a matter of taste, but the Fine Elements 2000W Stove Effect Heater is at least effective. From a distance it evokes the cosiness of a real log-burning stove, but up close you can spot cheap materials and hear the incongruous fan noise. It may be worth it with a heavy discount, but it's poor value at its normal price.

The Fine Elements 2000W Stove Effect Heater aims to recreate the cosy feel of gathering around a coal or wood-burning stove. While that may not be to your taste, from a distance the effect is surprisingly convincing. With a concealed two-kilowatt heater and cleverly hidden controls, this model could serve as a heater and focal point in the right sort of room. Sadly, however, the effect is spoiled by a cheap look and feel once you get up close. There’s also the incongruous noise of the fan heater.

Depending on your home and your taste in interior design, the Fine Elements 2000W Stove Effect Heater is either a potential centrepiece for a room or hideously kitsch. It doesn’t suit our contemporary tastes, but from a distance it does look reasonably convincing as a small coal or wood-burning stove. While the ‘logs’ are small and half-hearted, the flames dance in a natural-looking way. In the right hearth, it could look good. 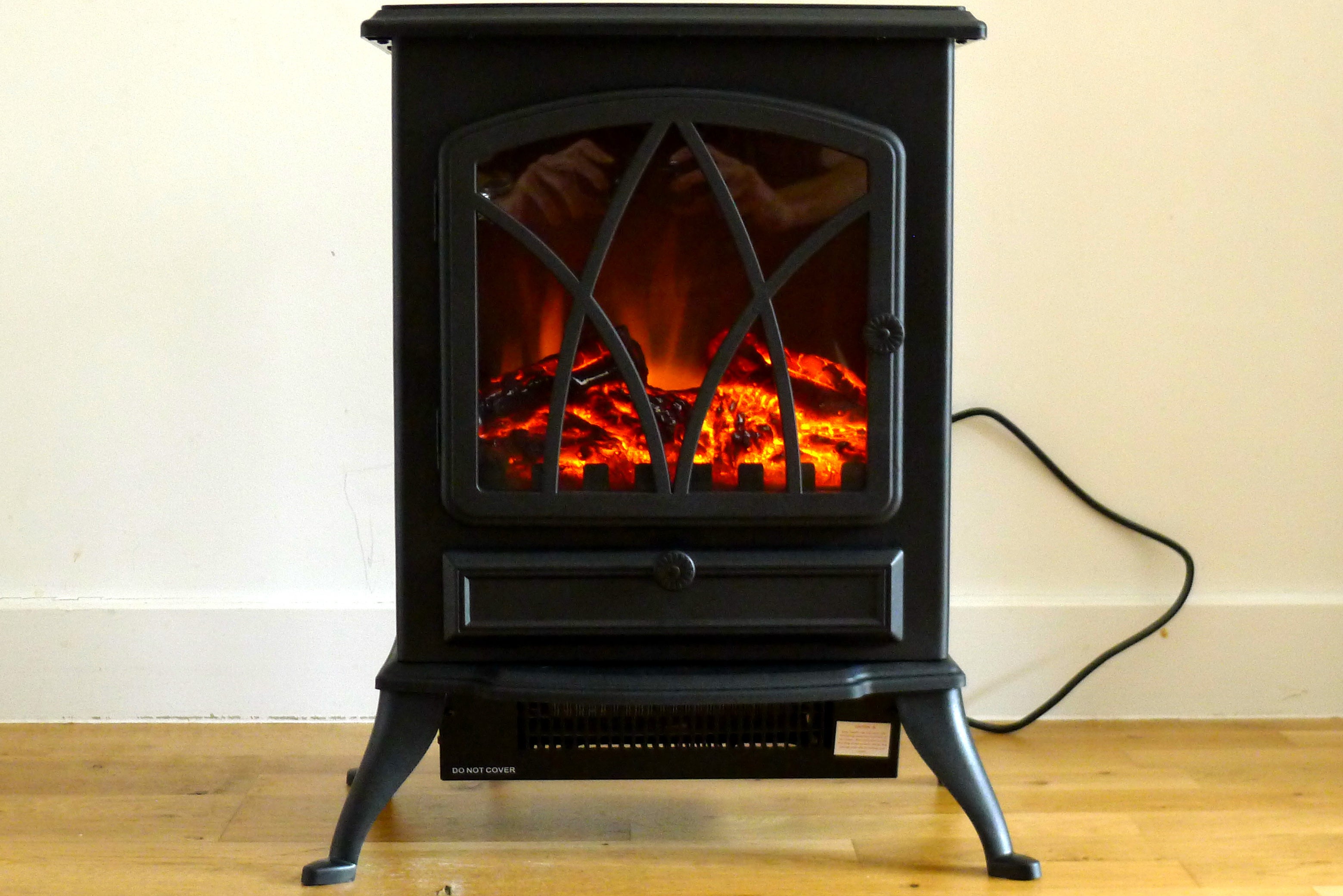 From a distance, you could be half-fooled into thinking that there’s a real fire on the go

Get close, however, and things are less convincing. The matt black ‘iron’ turns out to be hard plastic, the logs are transparently fake, and what looks like an ash compartment conceals a set of heating controls. This last is a neat touch: hidden behind the flap are switches to control the flames and heat, and dials to set the room temperature and the brightness of the artificial fire.

Before you can start the heater there are four sturdy plastic legs to fit, each secured by three screws. The heater doesn’t feel especially classy: the flame door and control panel flap feel too light, and on my sample, the screws holding on the latter had rusted slightly. 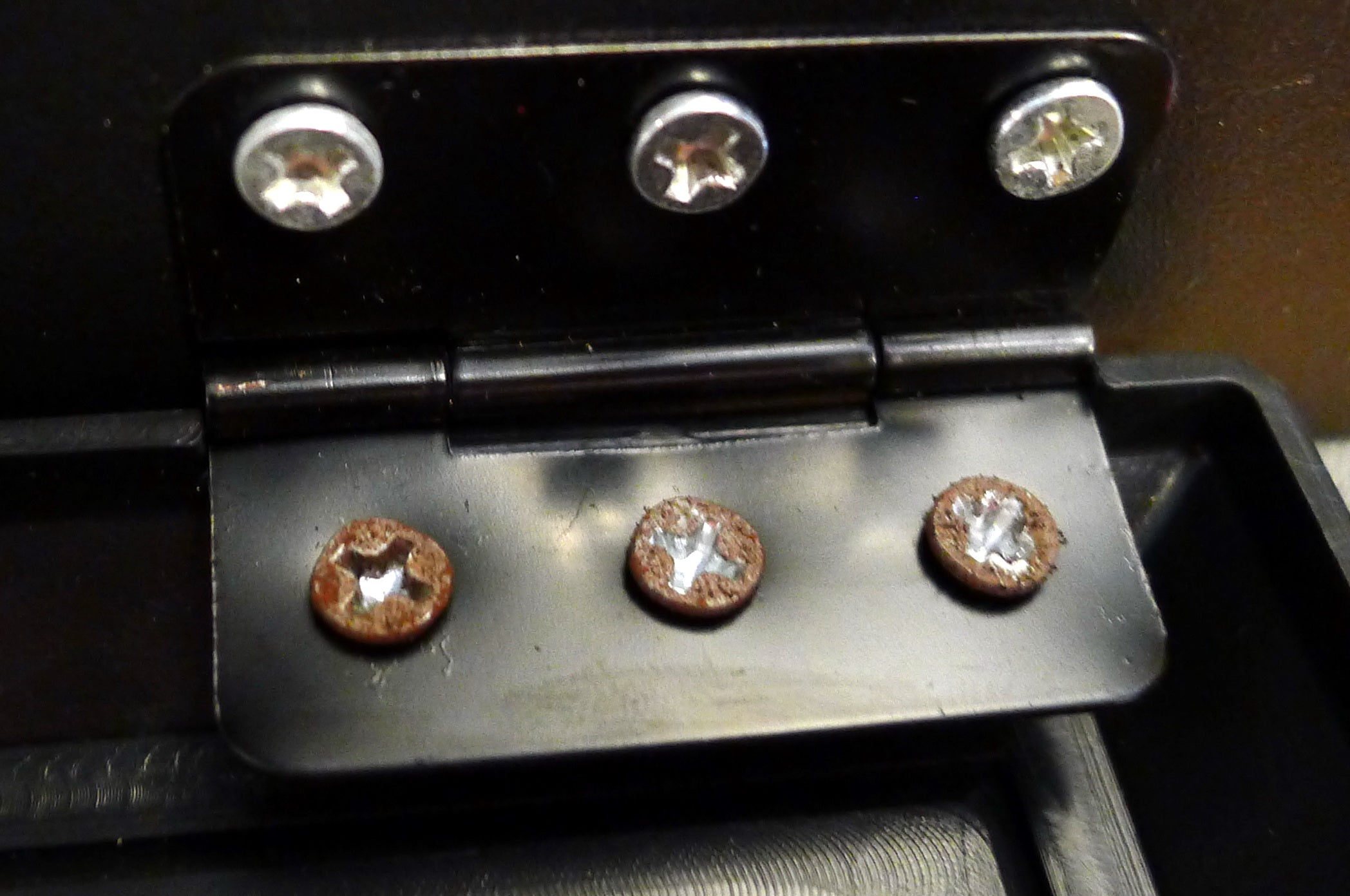 On our sample, the screws holding the control panel flap in place had rusted slightly

This heater has a dedicated power switch, which can be used to simply turn on the flame effect. While this relies on moving parts, it’s very quiet and is easily lost in the background noise of a typical room. You can adjust its brightness, but the range isn’t especially large, and even the highest setting seems a little too dark.

Two further switches set the heater power to either one or two kilowatts (kW), but the heat comes from a small fan heater slung under the stove. While that’s great for packaging – preventing the need for obvious grilles or elements on the stove body – the noise of the fan immediately spoils the illusion. In isolation it’s fairly muted, reaching only 43.7dB at 15cm, but it’s so incongruous that it spoils any feeling of cosiness. It’s not especially powerful, either – even at just 15cm the wind speed was below our anemometer’s 0.8m/s threshold. The controls are easy to reach, located underneath the ‘ash tray’

Like all heaters using coiled steel elements, there’s a burned oil smell when you first use this device, but it’s gone within five minutes or so. While there’s no tip-over protection, this is a very stable heater, and it’s likely to live in nooks or fireplaces – our sample had no wobble at all when placed on a hard floor. The heater’s manual switches mean it would work with a smart switch or socket timer, and the built-in safety cutout reduces the risk of a fire if you do so.

This heater is most likely to find itself in living rooms and, fortunately, it should be up to the job of heating them. Tested on maximum power over 30 minutes, and measured by two thermometers on opposite sides of the room, it heated a 48 cubic-metre room from an average 19.9℃ to 22.1℃. While a 2.2℃ increase isn’t the best we’ve recorded, it’s a decent effort, and suggests this heater is well suited to warming up a small or medium-sized lounge. 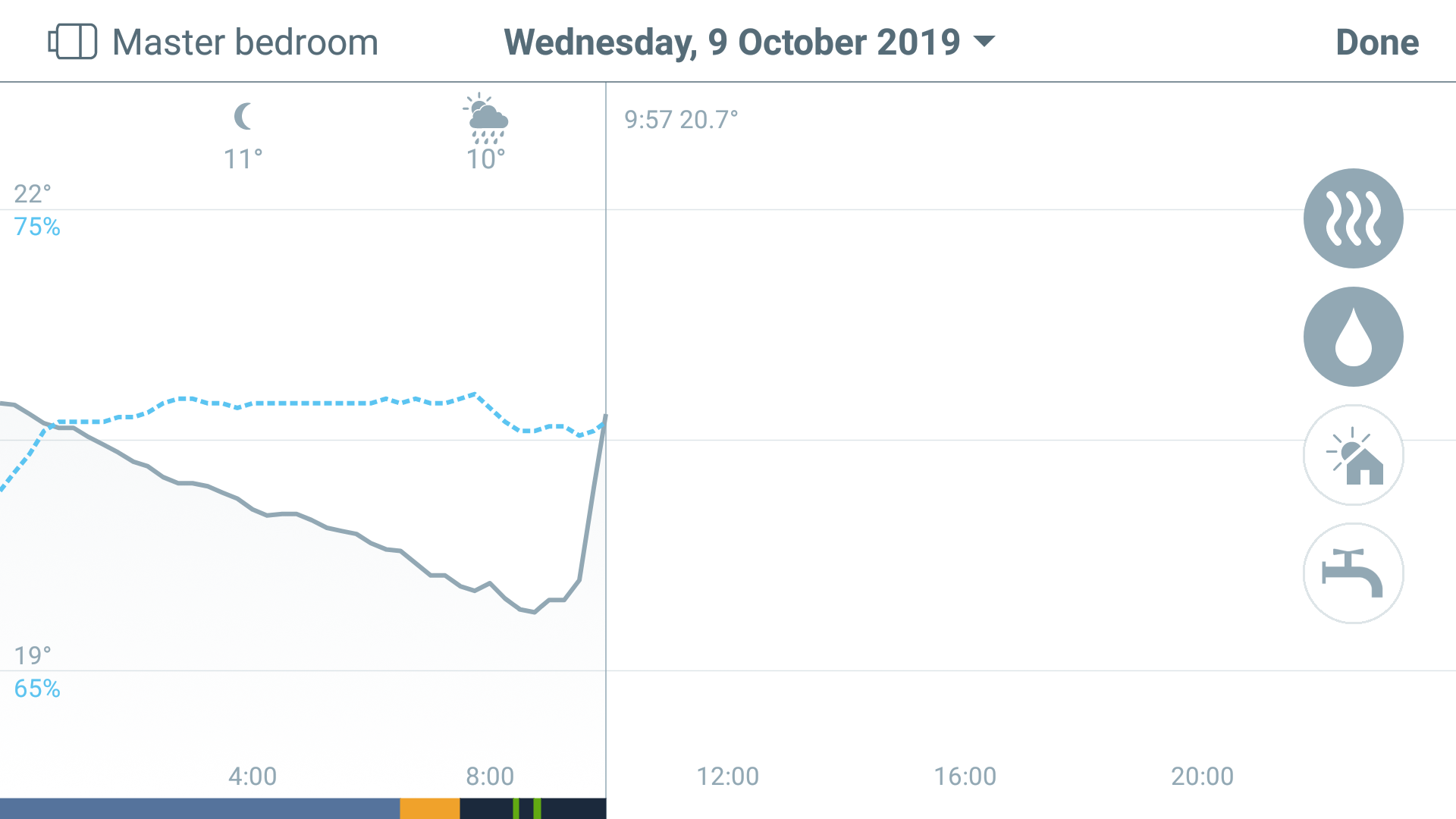 Using a socket meter, we measured this heater’s power consumption at seven watts with just the flame effect operating. At its lowest heat setting, consumption was 1.06kW, and at full power it rose to 2.05kW – over our 30-minute test it consumed 1.02kWh.

Should I buy the Fine Elements 2000W Stove Effect Heater?

While the Fine Elements 2000W Stove Effect Heater isn’t to our taste. It looks as though there might be considerable empty space within the stove body – filling this with a convector heater might have produced a more convincing overall effect. The Dyson Pure Hot+Cool is an example of a better use of a fan heater, although that product is a lot more expensive as it’s a cooler and air purifier all in one.

At the time of writing, this heater was discounted to £50, at which price it may prove worth it if you don’t expect the fan noise to bother you. However, it’s harder to recommend at its suggested £100 asking price – the fit and finish just feel too cheap.