The Fidue A65 are reasonably affordable in-ear headphones. They cost £50, have an Android/iOS hands-free remote and metal bodies to give you the sense you’re using something that costs a lot more.

They offer clear sound which, while a little less wide and smooth than the Sennheiser alternatives, also has better bass control. 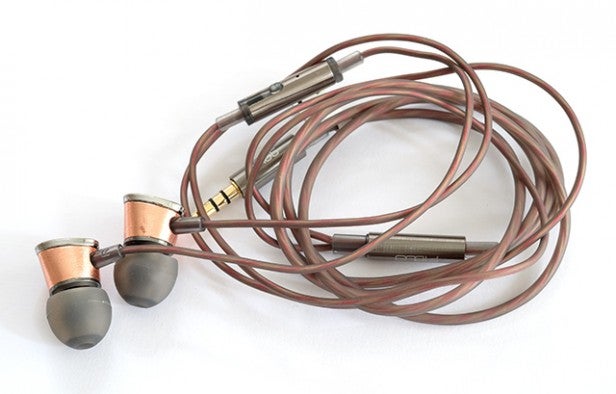 Fidue A65 – Design and Features

The Fidue A65 are some of the more striking earphones in this price range. They’re a little more eye-catching than our go-to Sennheiser CX5.00, with metal bodies that look like copper.

Unusual, right? It has a brushed finish, although the caps are more familiar silvery metal, and the whole lot is actually aluminium (a zinc-aluminium alloy, to be specific). Up close I think the copper bit looks a bit too bold and shiny, but Fidue is clearly going for a confident look here anyway. Generic is not the aim.

Even the cable has a hint of copper to it, with what looks like a copper-coloured sheath inside translucent smokey rubber. It’s a nice look. 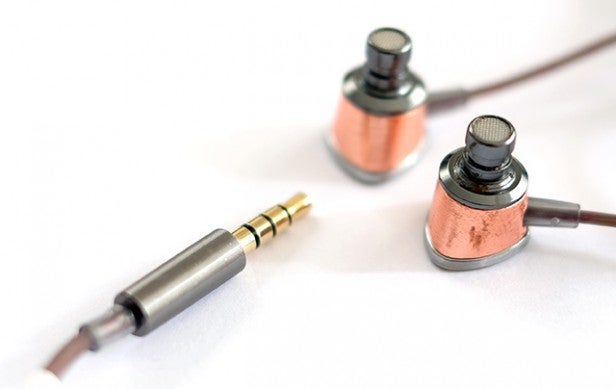 Look really close and you can see little signs these aren’t ultra-premium earphones, but the general impression is of a set that can take punishment without suffering.

The aluminium can hack being stood on, although the copper part’s shiny finish will start scraping off if it gets grazed. 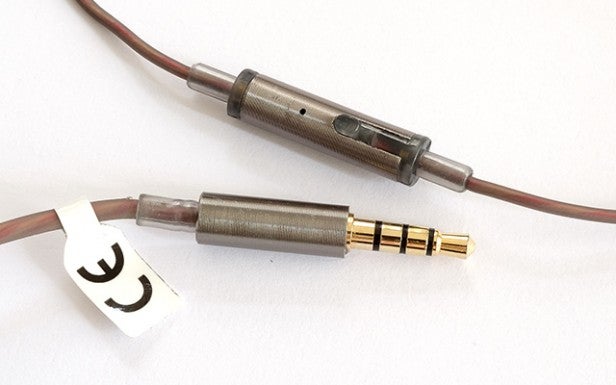 Common to pretty much all earphones at this price, the Fidue A65 have a non-removable cable, so don’t be too mean to them. And, out to work with as many sources as possible, they use a single-button remote rather than the triple-button type generally designed to work with iOS.

Despite being a little heavier than Fidue’s entry-level plastic earphones, the metal doesn’t cause any comfort issues. They’re just fine. 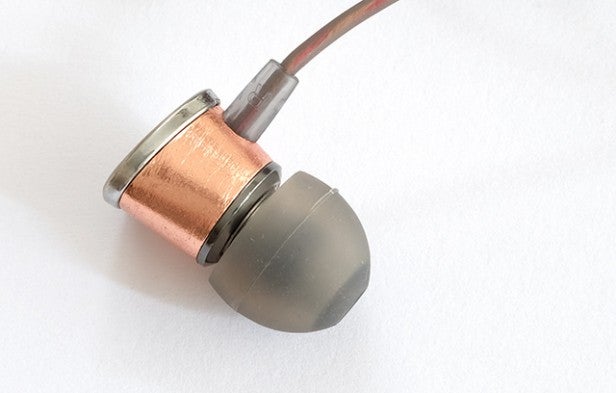 The only issue I have is that the Fidue A65 seem a little prone to becoming blocked by moisture, if you wear them soon after having a shower or in the gym. It seems to be to do with the filter style, or potentially the ‘micro’ driver (anecdotally I’ve had the same issue more with tiny-driver sets like this). You generally end up with one ear sounding quieter than the other, with a good dabbing of the earphone’s aperture needed to get the balance right again.

For this reason I wouldn’t recommend them as gym earphones. These are general-purpose.

In the box you get four sets of silicone tips, including one dual-flanged pair and a basic carry case: nothing too special. 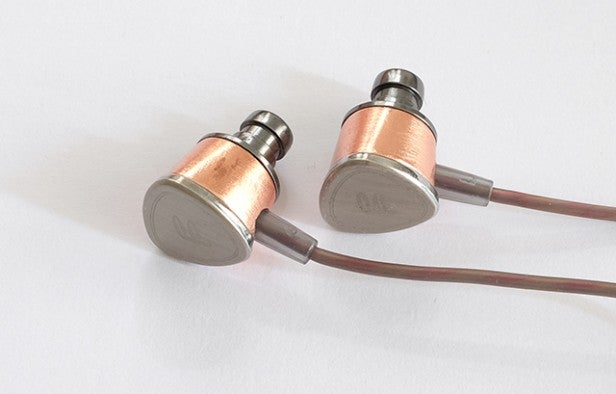 Other than the interesting look, one thing that drew me to the Fidue A65 was their use of 8mm ‘titanium’ drivers. Contrary to what you might assume, smaller drivers like this often sound better than those that try to spread out towards 11mm, or even further.

When earphones aren’t out to impress with big-sounding drivers, it often also comes with better tuning.

The Fidue A65’s sound balance is rather nice, with a more neutral or accurate tone than you normally get at this sort of price. There’s a good bass kick, but no sense of the lower frequencies dominating or even pulling focus to any serious extent. Even the Sennheiser CX5.00, among our favourites at this price, do that a bit. 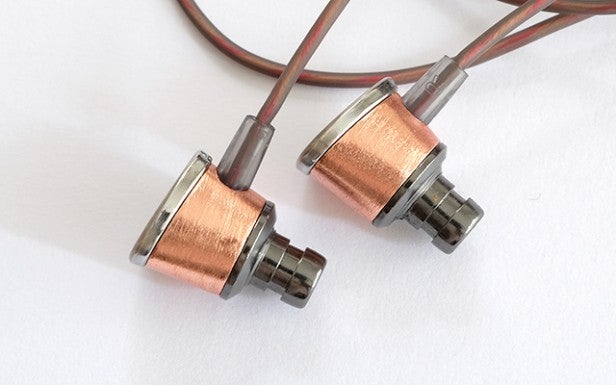 What this gets you as well as that desirable sense of a flat-ish frequency response is good mid-range clarity. This is the frequency range in which vocals sit, so it’s pretty important. If you’ve owned earphones before that sounded a bit muddy, muggy, foggy, or something that, there’s none of that in the Fidue A65. Bass isn’t 100% perfectly controlled, but for the price it’s very good.

As such, the Fidue A65 are a good step into the world of ‘proper’ earphones if to date you’ve only been willing to spend £10 on a pair. You get some of the more important tonal properties of more expensive earphones.

There are a few things that mark the Fidue A65 out as a cheaper set, though. While the mids are well defined, they are also a little bit raw. I wouldn’t go as far as to call them harsh or grating, as they are in the OnePlus Icons, but they’re not smooth and ultra-refined either.

It’s actually a similar property we saw in the SoundMagic E50, another top pick at this price. The two are comparable in several areas of sound, in fact.

Should you buy should the Fidue A65?

The Fidue A65 are great all-rounder headphones for those who want the sort of extra definition you get when upgrading from entry-level earphones to ones around the £50 mark.

They aren’t quite as ear-charming as some at the price – most obviously Sennheiser’s pairs – but this comes with a quite correct sonic reserve that shouldn’t be undervalued. Plus they’re powerful and bassy enough to still be considered good fun. They’re quite comparable to the SoundMagic E50, with perhaps a little more energy if a little rougher around those mid-range edges.

The only bit you might want to worry about is how they’re pretty prone to becoming blocked by moisture, making them less-than-ideal exercise earphones.

A pair of rough diamonds, the Fidue A65 are good everyday earphones.