Exclusive to Nintendo 3DS
Was there anyone out there hankering for a game that’s part Legend of Zelda and part Animal Crossing? How about an RPG that sidelines all the normal epic quest stuff, to focus on the day-to-day minutiae of life in a fantasy realm? The answer, probably, is no, but then Nintendo and Level 5 have a long history of ignoring genre boundaries and giving people what they didn’t even know they wanted. Fantasy Life wouldn’t be the first time this approach bore fruit.

It looks like a conventional Japanese action RPG, albeit with even bigger-headed heroes than normal, and touches of Level 5’s work on Professor Layton or Dragon Quest in the character design. It’s another of those 3DS games that looks simultaneously dated and oddly appealing, working around the system’s limits with bright colours, a distinctive art style and simple cartoon lines. How it plays, however, is a different matter, and I’m not sure that any two players’ experience will be the same. 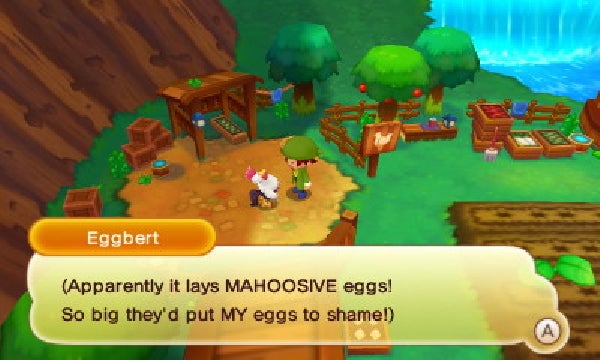 That’s because you can choose how you want to play it. In Fantasy Life you create a character and then choose a ‘life’ for them to lead. There are twelve different lives, ranging from traditional fantasy archetypes – the paladin, the mercenary, the hunter, the mage – to the kind of jobs that would normally be handled by non-player characters, like the miner, tailor, fisherman, alchemist or cook. While the game has an over-arching plot to explore with the more combat-ready options, it’s just as happy to let you fill out the lesser roles, gathering materials and making shirts to order, crafting armour, catching fish or making furniture by hand.

It all comes together thanks to the game’s ingenious structure. At any time you’ll have a variety of quests and challenges on the go, some provided by your current leader, some set by your sidekick, an unusually talkative butterfly, and some requested by folks in and around the main town. Where a Paladin might be charged with fighting bandits or keeping the local monster population down, a tailor might be asked to make clothes or an alchemist a potion. On top of this you might get requests to visit specific places, go searching for a chunk of meteorite or hunt down some sleeping powder for a creepy guy. You might also have to appropriate cabbages for a farmer from his rival, or simply find a giant egg for a hungry old geezer. 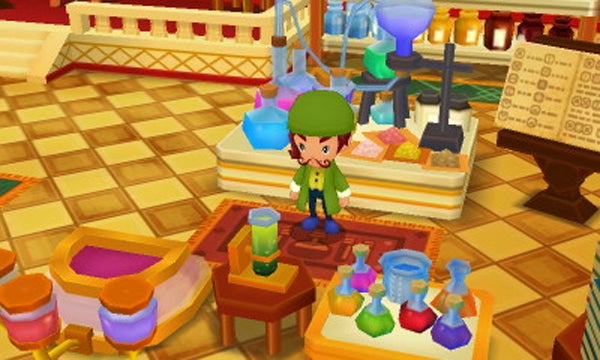 The progression system is just as varied. Killing monsters earns you XP and levels, while completing the challenge missions in your chosen life will see you rank up in your career. Cue new skills, new recipes for your items and access to improved equipment. Making friends, buying and decorating homes and answering the requests of your funny flying sidekick will see you getting Bliss, which can be traded in for pets, mounts, a bigger backpack or other extras. And beyond all this you can collect the local currency, the wryly named Dosh, which can be used not just to keep your gear upgraded, but to buy and then customise new homes.

The problem, you might be thinking, is that some roles sound better than others. Do you really want to be cooking or crafting when you could be out kicking evil’s bum and saving the world? The beauty of Fantasy Life is that you can drift in and out of the different lives, keeping all the skills and gear you’ve acquired, and only losing the more powerful and life-specific special skills. These return should you go back to a previous life, giving you the chance to do a little slaying and exploring, then try out a crafting career to make yourself new gear. Why pay big bucks for potions or armour when you can make better stuff yourself? 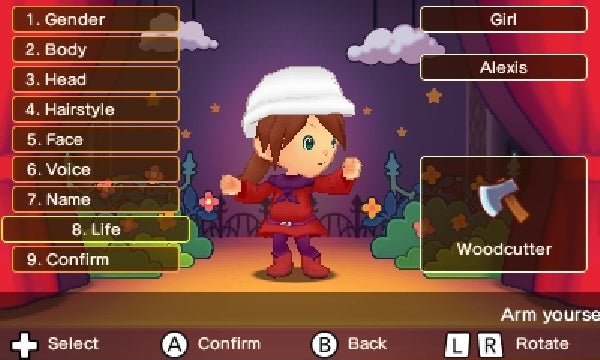 It’s a great idea, and Fantasy Life has a very, well, pleasant ambience about it. Neither the combat nor the crafting is particularly skill-focused or perilous, and it’s the kind of game where you can happily bumble around for an hour or two doing just what you fancy. It also has potential as a nice, easy entry into the world of RPGs for a younger or much older gaming audience, and even offers local and online multiplayer with friends.

The downside of the game’s approach is that it’s not that gripping. It can be funny, with an often brilliant, nicely Anglicised script, and absorbing too, but it can also be a bit lacking in action, thrills or drama. Too many quests focus on repeating the same objectives with very minor changes, and whether that means slaughtering creature Y instead of creature X, or making a different shirt than you made last time around, the effect is the same. Throw in some excessively lengthy dialogues, and you have a game that’s great for an hour or two, but a little bit annoying after that. 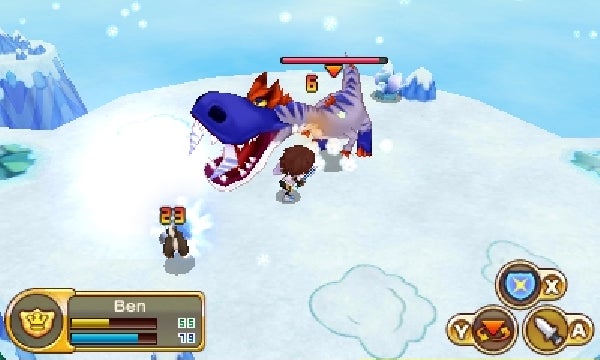 The irritations don’t stop there. Fantasy Life does a really great job of helping you track quests, but a really lousy job of pointing you in the right direction to complete them. It has a bounty system where you earn Dosh for slaying biggest monsters, but makes the process of dragging your slain beasts around so onerous that you can scarcely be bothered to collect the reward. We love the way the game approaches its tutorials, never being frightened to breach the fourth wall for a quickfire gag, but time and time again you’re left thinking that  a little thought would have made so many of the game’s mechanics less opaque.

Verdict
Fantasy Life is an interesting game with plenty of charm, but that charm is best enjoyed in small doses. It’s fine for a daily commute or a quick half hour of downtime here and there, but the longer you play it, the more tiresome the quests become and the more the irritations start to mount. It could have been an anti-Dark Souls, reaching audiences that other RPGs might leave behind, but it’s not quite smart or polished enough to hit the Zelda meets Animal Crossing spot it’s aiming for.