What is the ESL Certified Esports PC?

The ESL Certified Esports PC is an exciting and intriguing system that represents the combined efforts of three of the UK’s biggest tech and gaming companies. Unsurprisingly for an ESL-branded system, it’s taking aim at esports gaming.

The Esports PC comes with a Pascal-powered graphics card, an overclocked processor and plenty of room to grow thanks to building by experts at PC Specialist – and it’ll available on the high street at branches of Currys and PC World.

The components inside this system have unsurprisingly been chosen to handle the latest esports games – and, pleasingly, they’ll also tackle other top titles and most non-gaming applications.

Graphical grunt comes from a GeForce GTX 1070. This card packs in 1920 stream processors and a rapid base clock of 1506MHz. There’s enough power in this Pascal card to handle any current esports game, and anything that’ll conceivably enter the competitive scene in the next few years. 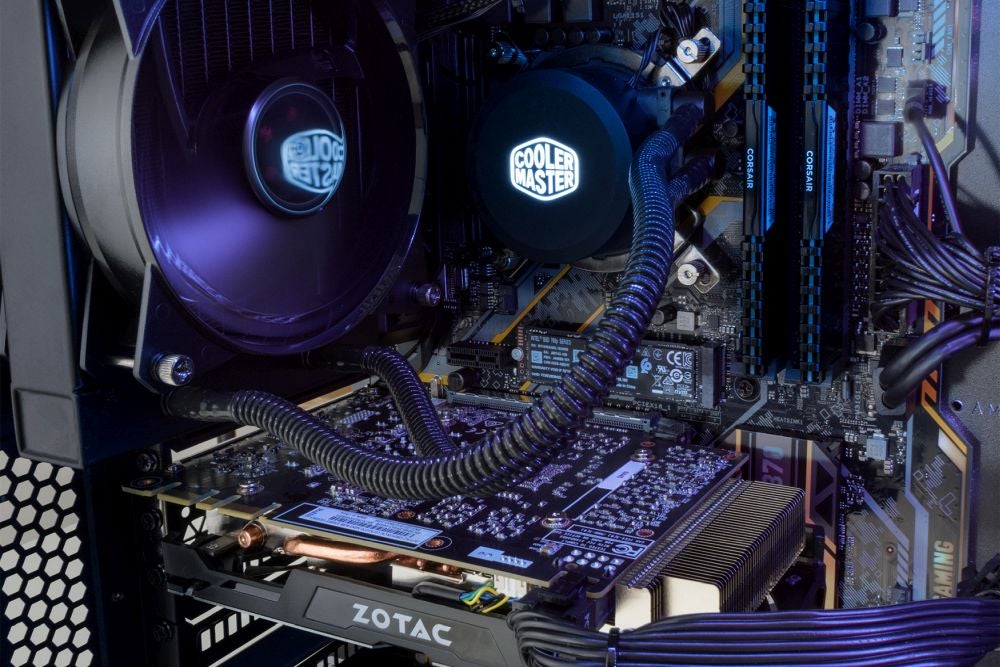 Benchmarks back up the GTX 1070’s esports prowess. This card will typically breeze past 150fps in CS:GO, and it’ll easily get beyond 100fps in Overwatch. In League of Legends it’ll zip beyond 200fps, and it will play Fortnite, DOTA 2 and PUBG at 100fps – or more.

And, once you get beyond esports, the GTX 1070 will play today’s demanding single-player titles without breaking a sweat. If you’re on a 1080p screen, 1440p panel or a widescreen monitor, games will run well on this PC. It’ll run VR headsets, too, although it won’t handle gaming at 4K.

The GTX 1070 is good, but it would be remiss to avoid the elephants in the Esports PC’s room. The largest is the new Nvidia RTX 20 series, which has just made its debut.

The new RTX 2080 and RTX 2080 Ti are vastly more powerful than the GTX 1070 inside the Esports PC – but, they’re also far more expensive. And, while ESL could have opted to put one of the new cards inside the Esports PC, the price would have risen by a huge amount – and the power would have gone unused, because most esports games just don’t require that sort of grunt.

The same could be said of the RTX 2070, which is arriving next month – it’ll be a little more affordable, but esports games still don’t need that level of punch from a pricier GPU. 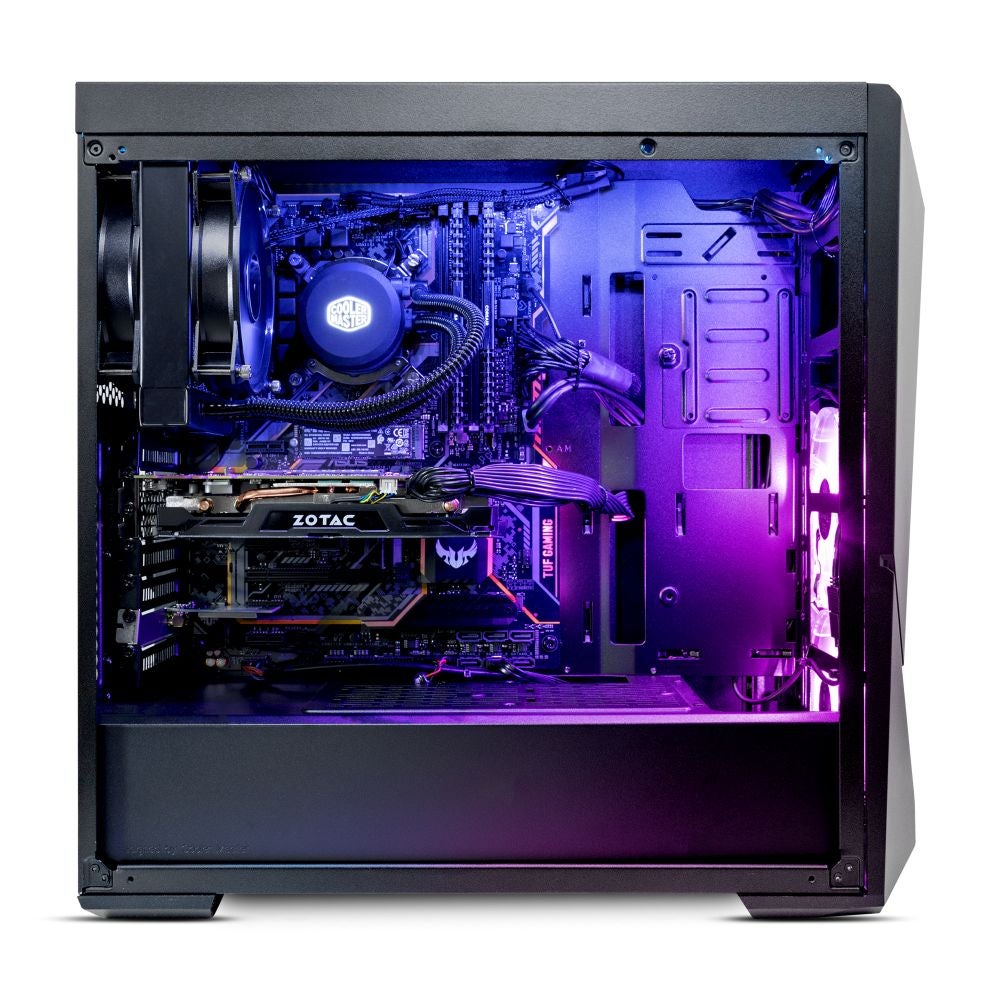 ESL, PC Specialist and Currys/PC World also have tentative plans to release different iterations of this PC with a wider variety of graphics cards. So, if you want to save money, you’ll be able to deploy a cheaper model – but versions with beefier GPUs will also be available.

The GTX 1070 is paired with a solid specification elsewhere. The unlocked Core i7-8700K has been deployed in this machine, and its stock speed of 3.7GHz has been overclocked to 4.6GHz. The huge boost to single-threaded speed ensures that you won’t hit even the tiniest bottleneck in esports games – which is key to keeping on top of things during competitive play.

The overclock on the CPU will help elsewhere, too. It helps the six-core chip deliver smooth performance if you want to stream games, and it’ll also have the grunt for content creation and other work tasks – handy if you don’t just want to use this machine for esports. There’s enough CPU power for almost anything in this machine, and the overclock is a rare addition to a high-street system. 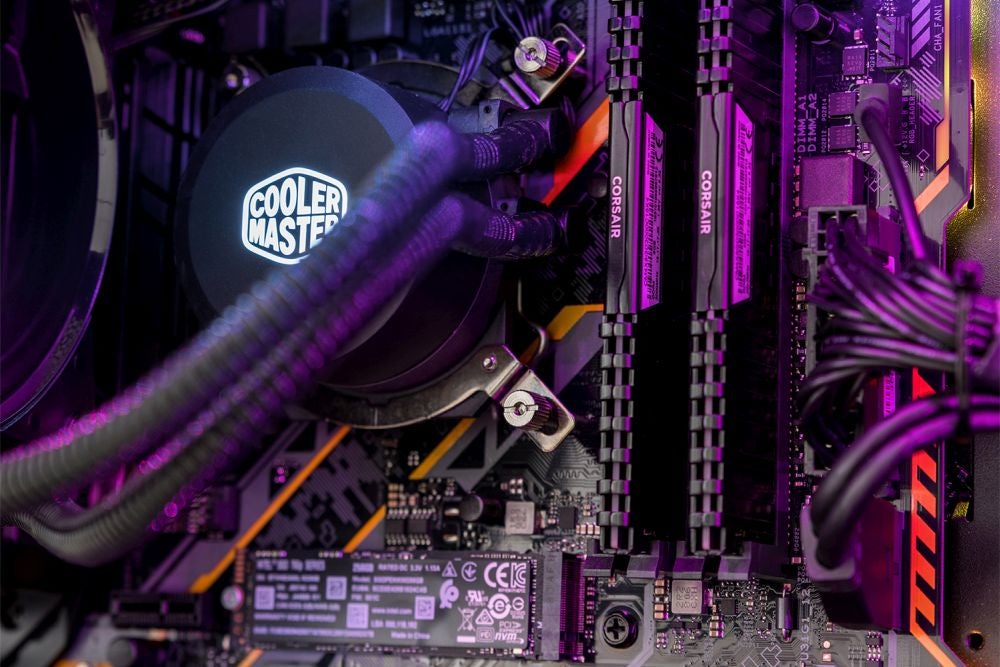 There’s 16GB of DDR4 memory at a rapid 3,000MHz, and a 256GB SSD and 2TB hard disk provide quick booting and loading alongside a decent amount of space for games. They’re good components, although the Intel 760p SSD won’t be able to match the pace of the latest Samsung drives.

The components attach to an Asus TUF Z370-PLUS GAMING motherboard. It’s got beefed-up, reinforced circuitry to ensure stability during the most demanding gaming moments, and the board has SupremeFX audio, spare memory slots, loads of room to add storage and gaming networking – so your competitive gaming sessions won’t suffer from ruinous levels of lag.

At the rear the TUF board serves up USB 3.1 connections and a USB Type-C port, and it’s got plenty of RGB LEDs. The board itself doesn’t have wireless networking, but PC Specialist has added a dedicated dual-channel 802.11ac wireless card to this machine.

Elsewhere, the Esports PC has a rock-solid Corsair power supply with an 80Plus Gold efficiency rating and a semi-modular design.

In short, PC Specialist has done a great job with the ESL Certified Esports PC. The components are the sort of parts that I’d expect to find in a pre-made system from an expert building company – and so, straight away, it’s better than the usual kind of machines you’ll find on the high street.

ESL’s debut machine has been put together extremely well by PC Specialist – and the choice of Cooler Master Masterbox K500 is excellent.

The case looks great, with RGB LED fans in the front panel, a prominent ESL logo and slashed areas of matte plastic. You get pairs of USB ports and audio jacks at the front, too, and a tempered glass side panel to show off the interior – which includes more RGB LEDs.

PC Specialist has done a great job on the interior. At the front the cables are tidy and discreet, and at the rear the wires are routed in neat lines. That makes it easy to get to this machine’s components or spare drive bays if you need to add parts or tweak the specification. 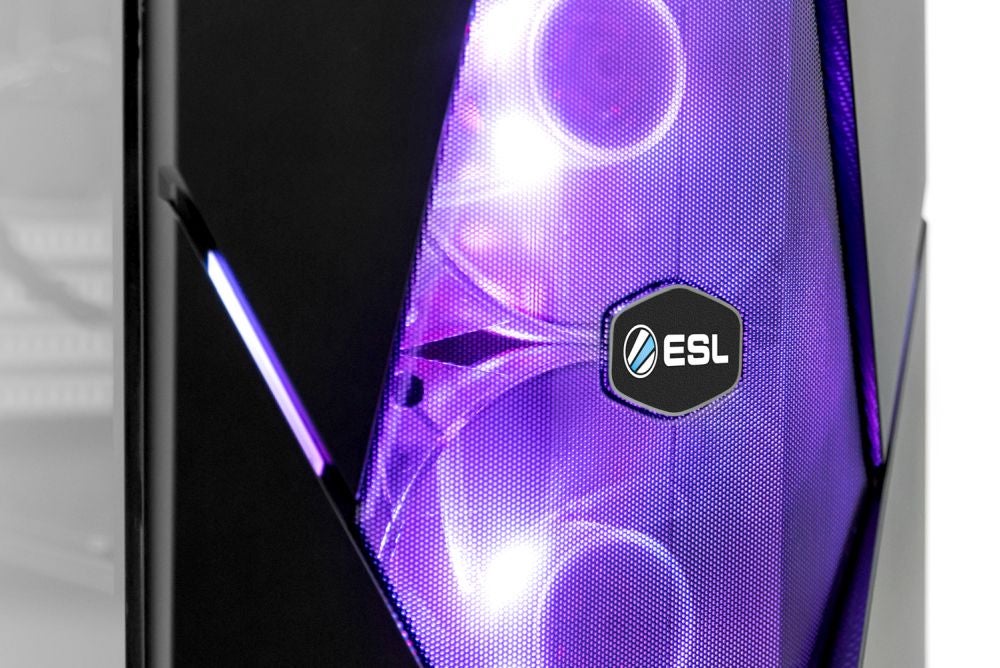 Build quality is good throughout, and there’s plenty of room to work inside this machine. And the whole rig weighs just over 10kg, which is middling for a full-size ATX tower. A smaller form factor may have been preferable for this build, but the ESL machine certainly isn’t insurmountable if you want to take the rig away for weekends at parties or gaming events.

On the inside, the overclocked processor is chilled by a Cooler Master MasterLiquid Lite 120. Despite the name, it’s a hefty bit of kit, with two 120mm fans that sandwich the radiator on the system’s exhaust mount.

The machine is protected by PC Specialist’s standard warranty, which is a three-year labour deal with a year of parts and a year of collect-and-return coverage. That’s very good – better than the warranties that you’ll often find on the high street.

Should I Buy the ESL Certified Esports PC?

The ESL Certified Esports PC has been given a glitzy official launch at the EGX gaming festival, where ESL has a big presence – and, pleasingly, it’s available to buy on September 20th.

There’s certainly a lot to like about ESL’s first foray into PC hardware. The GTX 1070 graphics card is easily powerful enough to handle every esports title going at resolutions that’ll enable 144Hz screens and widescreen panels.

It’s also got the grunt for single-player games and streaming. The overclocked processor eliminates every possible CPU bottleneck, and the motherboard, memory and storage are all solid.

It is possible that some gamers may want one of Nvidia’s newer or more powerful GPUs inside this machine, but those cards are wasted on esports titles – if you’re after something with more power, then the ESL system may not be for you. And I do hope that the range expands in the future to include small form-factor machines that could be easier to carry to gaming events.

When it comes to offering ample esports power inside a smart, well-built package, though, the ESL Certified Esports PC is excellent – and it’ll become one of the best gaming PCs on the high street when it launches. This is an exciting debut for ESL, and it looks like it’ll become a PC worth considering for keen competitive gamers who want to buy on the high-street rather than searching elsewhere or building their own.