When we looked at Epson’s EH-TW3600 back in November, we couldn’t help but moan that while it was fine so far as it went, what we really wanted to see were the new Epson Reflective LCD models that created such a stir at last year’s IFA show in Berlin. Skip forward four long months – and still there’s no sign of any Reflective LCD action. Bah.


Epson seems to feel our pain, though, and so has kindly helped us fill our Reflective LCD void with another standard LCD model: the EH-TW3200. And actually, the more we look at this initially unassuming model, the more it seems to have going for it.

The most dominant part of its appeal is its price. For we’ve found it going for under £1,000 – startlingly cheap for a projector from a pedigree brand that boasts a high contrast ratio of 25,000:1, a potent brightness of 1,800 Lumens, and reassuring three-year lamp and two-year projector warranties.


The TW3200 will satisfy anyone who measures value by sheer volume, too. For surprisingly it sports the same hulking chassis as the TW3600 and other models higher up Epson’s current range. This isn’t all good news, as we have to say we’re not great fans of Epson’s present aesthetic direction, finding it rather chunky and inelegant. But we’ll be more than happy to overlook this if the TW3200 performs as well as we’re hoping it might.

This full HD projector’s connections are perfectly respectable, too. You get the same twin HDMI support that you get with models right up to Epson’s high-end EH-TW5500, along with an S-Video input, a component video input, a D-Sub PC port, a 3.5mm mini-jack, and an RS232 control jack.


So far, we’ve found absolutely nothing that might explain how Epson could have made the TW3200 so affordable. And this theme continues as we go about setting it up, for it benefits from an excellent x2.1 optical zoom, and loads of manual image shift in both vertical and horizontal directions.

Such extreme flexibility is very rare in the sub-£1,000 home cinema projector market, even though it’s this part of the market that needs it most given the increased likelihood that the projector will be positioned in a less than ideally sized/shaped room, and may even end up in a cupboard when not in use. 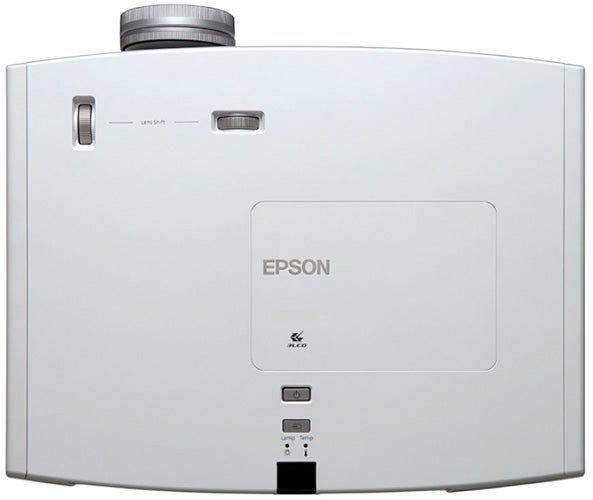 We referred to the TW3200 as a home cinema projector in the previous paragraph, but should say that this isn’t how Epson sees it. Instead, the TW3200 is positioned within Epson’s projector range as an ‘affordable gaming projector’. But our experience of the projector makes us feel that this is more of a range-separating marketing decision than a suggestion that the TW3200 isn’t more than capable of doing a good job with films as well as games.


The startling flexibility for a projector of the TW3200’s price continues into is onscreen menus. For as well as such decent tools as a Kelvin-based colour adjustments, various gamma presets, a sliding skin tone adjustment and high and low lamp output modes, you even get a healthy slice of colour management, in the form of gain and offset adjustments for the RGB colour elements, and hue, saturation and brightness adjustments for the RGBCMY colour elements.

While we’d always recommend that you not be afraid to dabble with these sorts of tools, even if it’s only in conjunction with a calibration aid as straightforward as the Digital Video Essentials HD Basics Blu-ray, in the TW3200’s case it’s nice to find that its Cinema preset is actually pretty good for watching films right out of the box.


The most important things about this mode are that it kicks the lamp output down to its low Eco level (which helps deliver the best black level response as well as enabling the projector to run almost silently) and turns off the Auto Iris so that you’re not distracted by artificial brightness ‘jumps’ during sharp light level shifts in whatever film you’re watching. 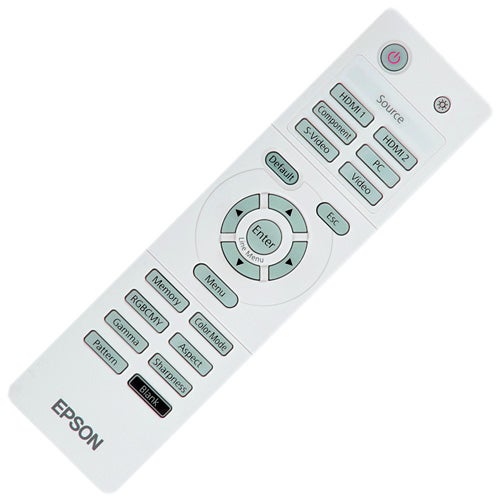 The auto iris is actually startlingly good for such a cheap projector, especially using its high-speed mode. But we personally still chose not to use it, and would recommend that those of you with fairly ‘purist’ tastes leave it turned off.


Given that Epson positions the TW3200 as a gaming projector, it’s surprising that the list of video presets it carries doesn’t include a Game mode. But our experiments suggest that the Natural or, at a push, Dynamic presets work best – very well, in fact – for bright, colourful games like ”Test Drive Unlimited 2”, while you might prefer to head back to the Cinema mode for dark, moody games like ”Dead Space 2”. Just bear in mind, though, that with the lamp cranked up from Eco to its ‘Normal’ setting, the projector’s running noise increases considerably.

We’ve kind of inadvertently crept into reviewing aspects of the TW3200’s performance already, so we might as well leave the feature hunting behind now and carry on with the performance stuff. And frankly, the more we study what the TW3200 can do, the more impressed we are.


The main word that keeps coming to mind as we watch the TW3200 with a series of different game and film sources is ‘natural’. Which is actually a word we very seldom find ourselves using in such a general way when talking about a budget projector.

One contributory factor to this naturalism is the complete absence of any aggressive types of noise. For instance, its LCD engine means it doesn’t suffer with the rainbow noise that characterises all DLP projectors at this sort of price level. Nor does the image contain any grain or dot crawl beyond what may be present in a source, and there’s no sign whatsoever of the dreaded ‘screen-door’ crosshatch effect sometimes seen with cheap LCD projectors. Motion looks impressively light on judder too – though don’t worry, we’re not suggesting that the image looks unnaturally fluid. It’s just that judder levels look natural for film viewing, rather than being added to by technical issues in the projector’s optical engine or processing.


Next, colours are excellent for the most part. There’s no sign of posterisation/banding, tones are reasonably rich but generally well balanced, and the overall look of the colour palette is extremely credible.

The TW3200 additionally achieves a strikingly good balance between contrast and brightness. For with the lamp set to Eco, at least, black levels look credibly deep without introducing the crushed, hollow impression often seen in dark areas on budget projectors. Yet the believable black level response can be found in the same frame as reasonably punchy bright picture elements. In other words, there isn’t as much ‘flattening out’ of the dynamic range during mixed brightness content as there usually is with budget projectors.


Contributing further to the startling naturalism of the TW3200’s images is its sharpness. For it seemingly effortlessly reveals plenty of detail in HD sources, without feeling the need to over-sharpen either edges or areas of fine detail.


Inevitably, the TW3200’s images aren’t without their flaws. Black levels, for instance, while great for its price level don’t get close to those of star projectors like the JVC DLA-X3. And while colours are mostly remarkably good for its price level, there are a few tones of red that don’t sit entirely comfortably with the rest of the palette. And…


…and so we could go on with other small issues with the TW3200’s pictures. But you know, we’re not going to. Why? Because this would be totally unfair and actually completely beside the point. After all, all we’d be doing is coming up with reasons why some much more expensive projectors are better than the TW3200, when we’re quite confident that anyone reading this review will have enough brains to already understand that no sub-£1,000 projector is going to be perfect.


All that really matters about the TW3200 is how it stacks up against its sub-£1k peers. And the simple answer to this is that it stacks up very well indeed. In fact, it’s our favourite £1,000 projector yet, and you can’t say fairer than that.