Not everyone can get to grips with today’s super advanced smartphones and their clever touchscreens. Some older folk or those with dexterity, eyesight or hearing issues can find these types of phones tricky to deal with. These are the type of people Doro targets with its handsets, which have larger buttons, louder earpieces and menus that display bigger text. We were impressed by the Phoneasy 612 when we took a look at it a couple of weeks back, so we were interested to find out how the 715 compares, especially as it has a slider, rather than flip design.

The Doro PhoneEasy 715 is the company’s newest phone and sits at the top of the range, although in truth there’s little to differentiate it from many of the other Doro models, apart from its design, as they all share a similar and quite basic feature set. It does have a camera built-in, though, and comes with a charging dock, two things that the lower end models lack. 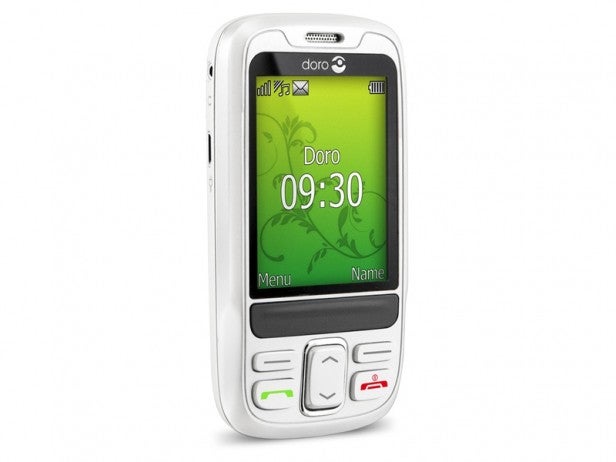 The Doro PhoneEasy 715 is built around a slider design and when it’s closed the numerical keypad is hidden from view. The handset automatically goes into keypad lock mode too when it’s shut to avoid numbers being accidentally dialed if it’s being knocked about in a bag or pocket. However, it can be unlocked by pressing and holding a dedicated key lock button on the right side of the phone, just beneath the volume rocker switch.

When it’s open the handset has dimensions of 100 x 50 x 17, making it around 45mm shorter than the 612 and unfortunately this means the keypad is smaller too. One of the advantages of the 612 was its very large keypad, but while the keys on the 715 are larger than a normal phone, they not that much larger. This is especially true of the dedicated text messaging and camera buttons on the top row of the keypad. The overall build quality is good, though. There’s a little bit of movement in the slider mechanism when the phone is open, but it still feels solid and gives you the confidence that it’ll stand up to a fair bit of abuse over its lifetime. 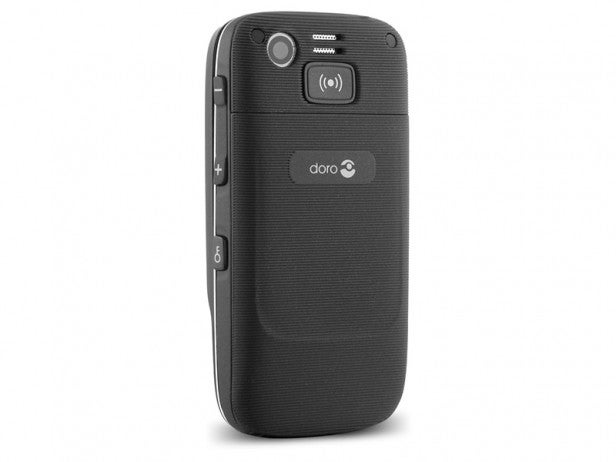 It’s not the most stylish looking phone around mainly because its chassis is made entirely from plastic, however, there is a ridged pattern on the rear that makes it that bit gripper to hold. Nevertheless, the front is mostly shiny, slippery plastic, so overall it’s not as slip proof as the 612.

Like Doro’s other phones, this one does have an assistance button on the rear. If it’s held down it automatically starts dialing a list of numbers until someone picks up. 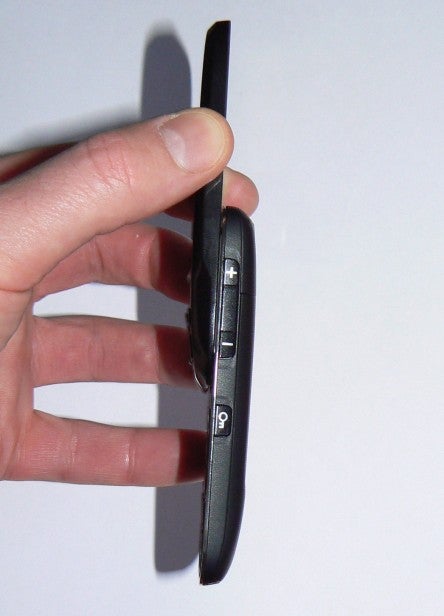 Interestingly there’s also a little LED light at the top that can be turned on to act as a torch. A lot of other phones used to do this with their LED camera flashes, but that’s not the case here. The LED points out the top of the phone rather than from the rear and, anyway, there’s no option to use it as a flash in the camera menu.

The Doro PhoneEasy 715 screen is pretty big for a phone with a slider design, although obviously not as large as the displays on today’s touchscreen handsets. It measures about 6cm across the diagonal and is quite bright, which helps to make it easy to read. Although the resolution isn’t amazing at 320 x 240 pixels, this isn’t really an issue due to the phone’s simple menu system and the ability to resize onscreen text. 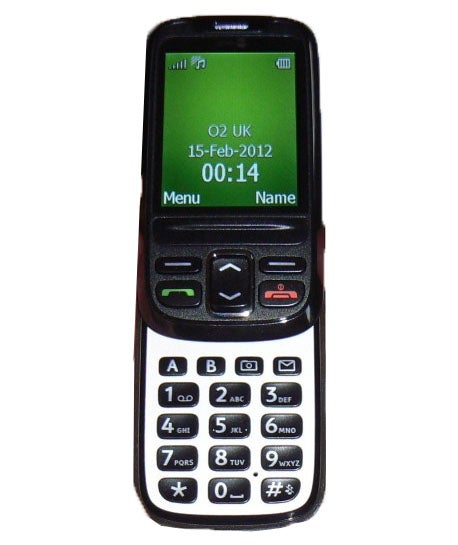 Doro has sensibly made the menus as easy as possible to use. They’re similar to some older Nokia phones in that than each menu entry has its own page denoted by a large icon, so it’s very easy to navigate around. The text can also be switched between normal and large sizes, which the larger size being very large and easy to read.

The keypad has two quick dial buttons on the top row marked A and B and its pretty straight forward to program in numbers for these. It’s also relatively straight forward to set up the assistance button on the rear. You can assign five numbers to this and also set up an emergency text message. If the button is then held down for a couple of seconds or tapped three times it will repeatedly dial each number in turn on speaker phone mode until someone picks up. It can also send the emergency text message in case nobody answers. 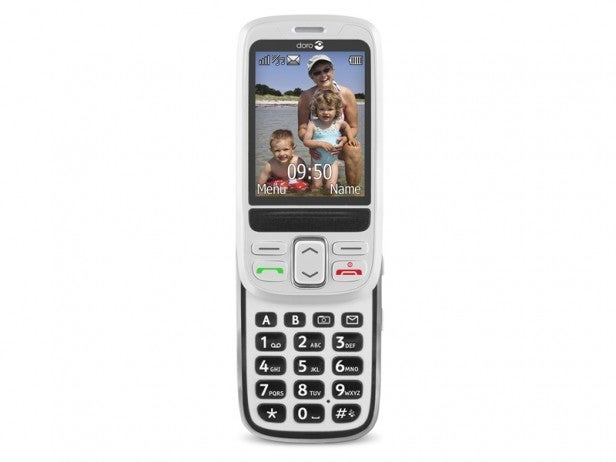 The phone’s earpiece is noticeably louder than most normal handsets and unlike a lot of cheaper, basic models it remains very crisp and clear even when it’s set to its maximum volume level. There’s Bluetooth built-in as well, so it can be used with compatible headsets and hearing aids. Doro also includes a wired stereo headset with the phone that plugs into the non-standard micro-jack on the top left of the handset. When this is attached you can make use of the FM radio, which lacks RDS to show station names, but does allow you to save presets and add names to them later.

This model also has a camera. This is a fairly basic 2.0megapixel snapper, so shots look fine on the phone’s own screen, but lack sharpness when you transfer them to a computer via the phone’s micro USB port (which is also used for charging the handset). There’s around 8MB of memory built-in for storing photos, but you can also expand this using microSD cards. 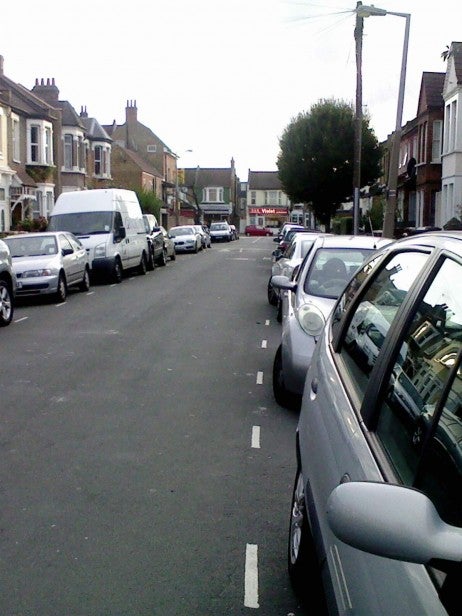 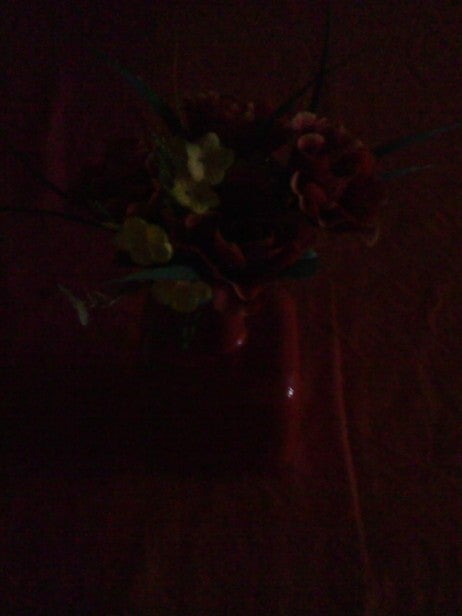 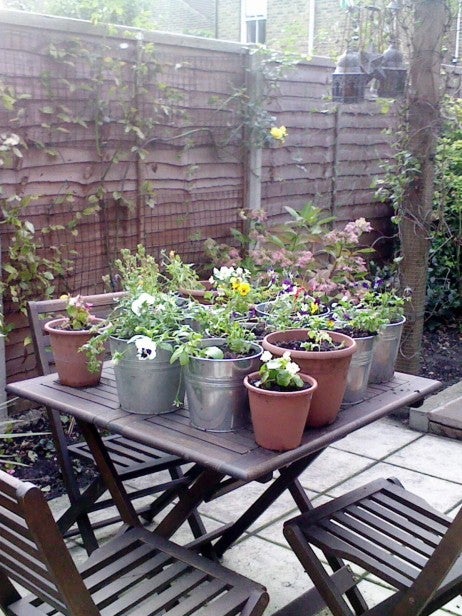 There isn’t much else in terms of features, as the 715 doesn’t support email, lacks a web browser and has no social media features either. However, the basic nature of the 715 does mean that it has excellent battery life. Doro quotes a talk time of 12 hours and a standby time of around 23 days, and during our time with the phone these seemed reasonably accurate.

The 715 is, on the whole, a well thought out phone that’s been sympathetically designed in order to make it very easy to use. Its menu system is very straight forward, the earpiece delivers loud and very clear audio and it’s comfortable to operate. However, the smaller keypad buttons mean that it may not be quite as good a choice as Doro’s own 612 for some users.