As component costs have fallen, we’ve seen the arrival of keenly priced but ruggedised and waterproof camcorders, best epitomised by Kodak’s capable PLAYSPORT Zx5. But these models usually take the popular candybar format, which isn’t exactly ideal for attaching to your head or a helmet. Despite its drawbacks, most notably the usual lack of a LCD monitor, the bullet format is much more appropriate for this. The unusually named Dogcam specialises in this area, and the Bullet HD Wide is the company’s latest attempt to grab a piece of the action.

The Bullet HD Wide incorporates a 3Mpixel sensor, which will be more than enough for the 720p (920kpixels) shooting format it uses. The lens is fixed and, this being a bullet cam, the features on the camera itself are non-existent. A one second press of the metallic button on the top starts a recording, whilst a four-second press turns the camera off again, and that’s pretty much it. This simplicity can mean you trigger recording accidentally in a bag, or when attaching the camcorder to a mount, so care needs to be taken to prevent this. 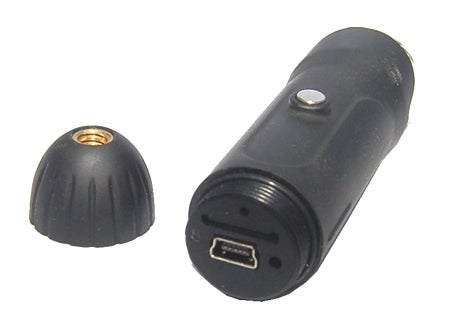 Video is recorded in H.264 QuickTime MOV format to MicroSD card, with a 2GB one and full-sized SD card adapter included in the box. Footage is captured at a data rate of 7Mbits/sec, meaning the supplied card will fill up after around 38 minutes of footage. So you’re likely to want to stock up on two or three cards (or one larger one) for most trips, particularly as the lack of an LCD screen means you won’t be able to review clips and delete unwanted ones when out in the field. The battery is fully enclosed, and lasts between 1.5 and 2 hours. It’s charged exclusively via the USB link, which hides underneath the screw-on end cap.

Another pleasing feature of the Bullet HD Wide is that it’s waterproof to 10m, which is around three times deeper than most waterproof Flip-style camcorders offer. This makes it much more appropriate for activities like snorkelling or even shallow scuba diving. Two end caps are supplied, one for use underwater, with no microphone holes and one with microphone holes but no waterproofing. You can still record sound underwater but it will be muffled. Several spare rubber O-rings are included to ensure you have a replacement, providing a snug fit with the underwater cap. 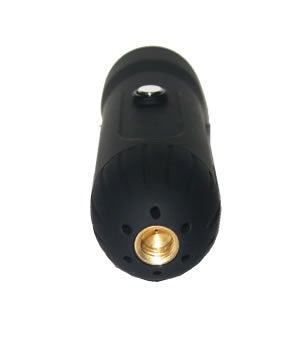 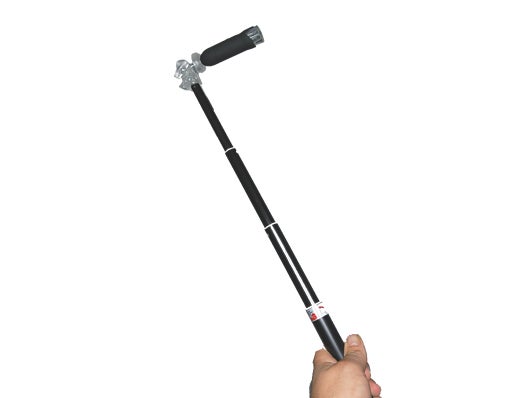 The end caps also incorporate a 1/4in screw thread, so can be attached to a standard tripod. However, as the fitting is on the end rather than the bottom, the lens will be pointing straight up, so you would have to use the tripod with its mounting plate pointing directly at your subject rather than flat as per usual. However, this standard fixture will mean the Bullet HD Wide can be used with a variety of vehicle mounting systems, such as Dogcam’s Window Camera Suction Mount. 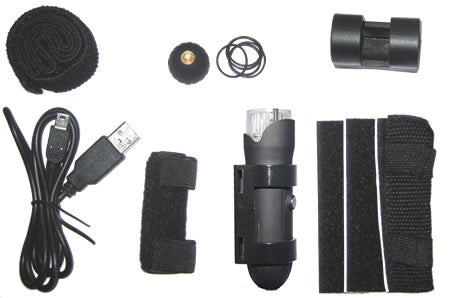 You won’t need the screw thread for most activities, however, as Dogcam bundles a comprehensive range of mounting options in the box. There’s a rigid plastic holder through which you can thread a thin rubber strap to attach the camcorder to your head. You can also thread the straps on a set of goggles through this mount, to record footage when swimming, skiing, or performing any other activity involving strapped-on eyewear. 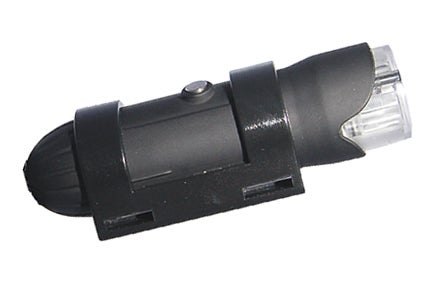 A second flexible mount incorporates a velcro strip. You can use this with a wider, elasticated strap to attach the camera to a helmet, your head, or anything else you can think of. Alternatively, a trio of self-adhesive velcro patches are included, which you can stick to a helmet that you use regularly. However, you need to be pretty sure which direction you want the camera to point in before attaching one of these, as they are designed to be stuck on permanently. A final option is another flexible mount with a velcro band for strapping round a pole or roll cage strut.

We tried the Bullet HD Wide in a variety of situations. The device itself is robustly made, and the mounts are of decent quality as well. The elasticated strap is a little hard to wrap round a helmet, but the self-adhesive velcro strips keep the camcorder securely attached. The goggle mount is also effective, although it can loosen swimming goggles as you move, letting water into the eye compartment. Nevertheless, it’s top marks for mounting options, as there are few situations where you won’t be able to use one of the bundled attachments. 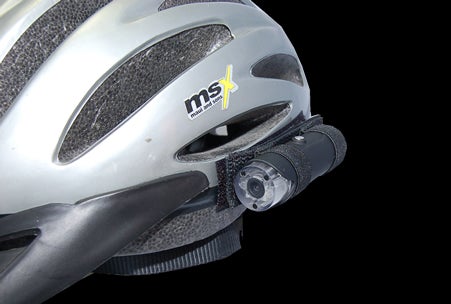 Image quality isn’t quite so unbeatable, however. In decent lighting, it is still good for this class of camcorder, and better than any other helmet camera we’ve tested so far. With its 720p recording, there’s a reasonable level of detail, and the 7Mbits/sec data rate isn’t so aggressive that unpleasant compression artifacts are introduced. The camcorder doesn’t handle extreme contrast in brightness as well as conventional camcorders, but colour fidelity is reasonable. Although it’s often difficult to be sure where a helmet-attached bullet camera is actually pointing, the wide angle of the Dogcam’s lens means it captures a greater expanse of the action, even when shooting close up. 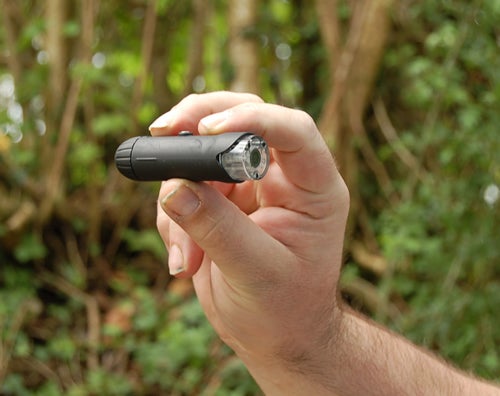 This also reduces the ill effects of the lack of image stabilisation. But it can’t help with the Bullet HD Wide’s biggest downside – its low light performance. As illumination drops, the brightness of the picture falls more quickly. In our standard test shooting in a living room illuminated by the equivalent of a 100W ceiling light, the image is extremely dark with very little detail visible.

Verdict
The Dogcam Bullet HD Wide may not offer the video quality of a conventional camcorder. But it includes a comprehensive range of mounting options. So whatever your favourite activity, be it biking, go karting or even aquatic, there’s an attachment method included in the box. At £130, it seems a little pricey, when you can pick up Chilli Technology’s Action Cam Max for around £40. However, the latter doesn’t shoot HD, nor does it come with anything like the range of mounting options. So if you are serious about capturing your activities in a variety of different situations, this is a great little package.