“Federal investigator Ben Womack just left the bureau. He’s in charge of Time & Space Investigations,” says the copy at the bottom of the screen mid way through your first set of journeys in Does Not Commute. “It’s not an official department yet; Ben is the only person at the bureau who knows about it.”

Mr. Womack is by no means the only man living within the game’s fictional slice of 1970s Americana who suffers severe (and ultimately highly amusing) delusions. Every single person you take charge of during your extended road trip has thoughts laid out on the screen that are designed to titillate, to entertain, to delight. And yet, if we’re being entirely honest, these little snippets of satire are just the icing to Does Not Commute’s cake: what really matters is the game underneath. 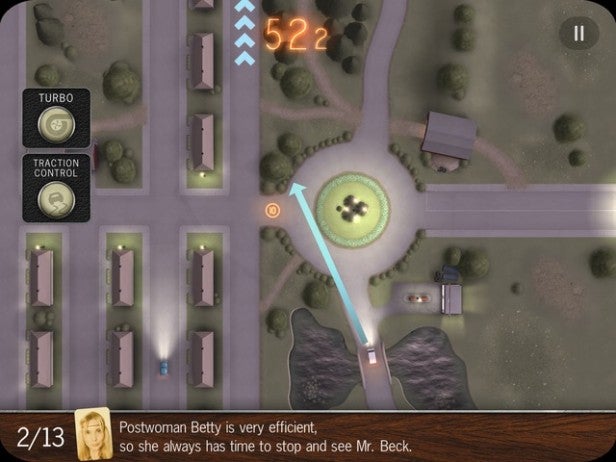 It’s here that, arguably, Does Not Commute becomes an even more curious prospect. Viewed entirely from above, the goal is to guide a series of motorists to their goal, navigating across a roll of different road junctions in as quick and efficient manner as possible. Using on screen controls, this is especially easy to begin with  – the roads are clear, the route clearly defined, the process entirely straightforward. Once said car (or, latterly, bike or boat) reaches its goal, your task is completed. Job done, right?

Well, it is until the next car rolls into view. It’s here that your task starts to get a bit more complicated, as time rewinds and you’re charged with getting car two, three, four and so on to their goals without hitting any of the vehicles whose routes you’ve already successfully navigated. This means that, though you start out with an entirely clear track, ten or more vehicles in, Does Not Commute becomes as busy and hectic as the North Circular on your average weekday morning. 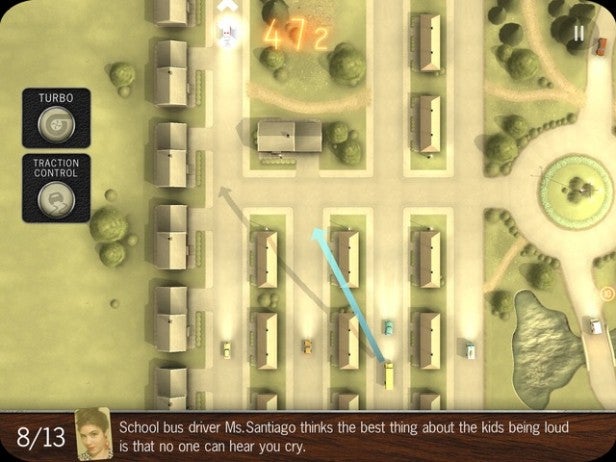 If that wasn’t enough tension, every stage in Does Not Commute comes with a ticking clock. Every journey you’re tasked with making takes vital seconds off a clock that runs throughout the entire game. The longer you take, the more collisions you make, the more seconds slip off your overall time – and when time is up, it’s up for good. Game over. Journey’s end. Engine switched firmly off.

It’s here that Does Not Commute gets a little tactical. Extra seconds – typically available in batches of 10 and 20 – can be picked up on route, but they tend to be placed in hard to reach areas likely to cause a crash or two. Likewise, though you can rewind a calamitous journey to have second, third or fourth bash at making it your destination without collision, doing so snips a second from your clock each time. When you consider that any contact between vehicles then causes them to limp to the line from then onwards, success comes from realising whether starting again will erode more or less time. 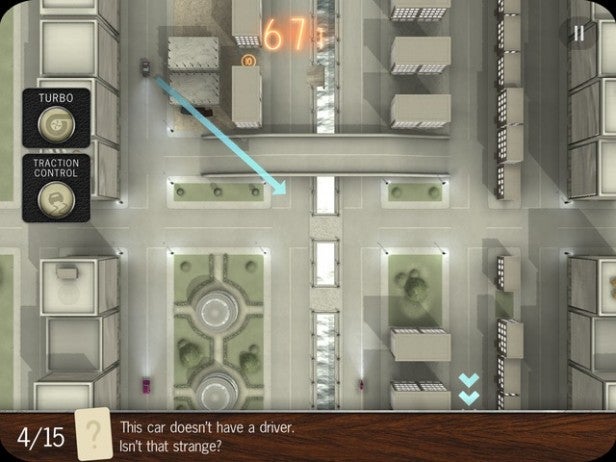 That’s because time is Does Not Commute’s currency and, as the maps get more complicated and the amount of traffic heads skywards, it’s one that quickly ends up being in rather short supply. This is, of course, where the thrill come from; though levels are over in a matter of minutes and your bursts of play are restricted to just a few seconds at a time, the long term goal of completing the entire game with the same clock running down from start to finish is an enthralling one, especially when the task at hand appears so eminently achievable.

And this is all before you consider – and indeed praise – the wrapper that Does Not Commute comes in. There’s absolutely no practical need for developer Mediocre Games to have fostered such elaborate back stories for the game’s comical commuters – it has no impact on play, no effect on whether you real your goal or not. It’s simply a nice added touch that gives Does Not Commute something scores of mobile games overlook: a sense of character. 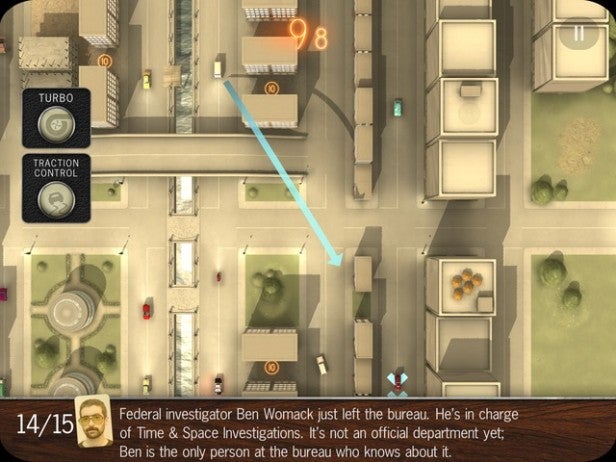 Couple that with gameplay that’s centred around being accessible and exacting at the same time, and you have a game that has rather more fuel in the tank than you might initially give it credit for.

Verdict
Packed full of little moments of comedy that could have quick easily been as overlooked, Does Not Commute’s destruction derby is tense, tight and ultimately a little bit terrific, with the challenge of navigating through an ever crowded set of streets with the clock running down serving as the perfect combination for some fast and frenzied gameplay.