The aim is to achieve top-quality bass with zero distortion. And it works, providing sound that’s rather impressive – apart from treble that can be a little searing at times.

Their original price is £169, but you can already pick them up for around £129 online. 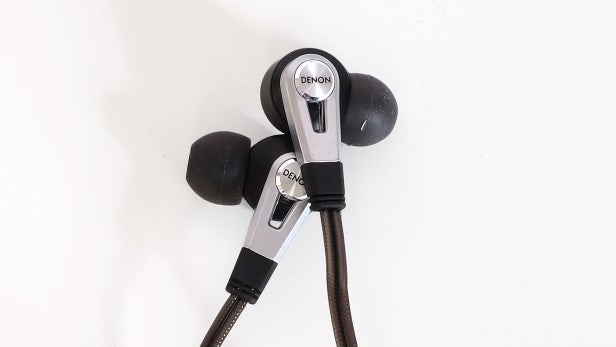 It isn’t possible to determine from the outside that the Denon AH-C821 are hiding an unusual driver. These are stylish earphones whose main driver enclosure isn’t much bigger than the standard.

A black plastic lozenge houses the drivers, but it’s the V-shape metal stem that’s most noticeable when the AH-C821s are in your ears. The cable is eye-catching, too, with a smoky translucent sheath letting just the slightest glimmer of the metal at its core show through. 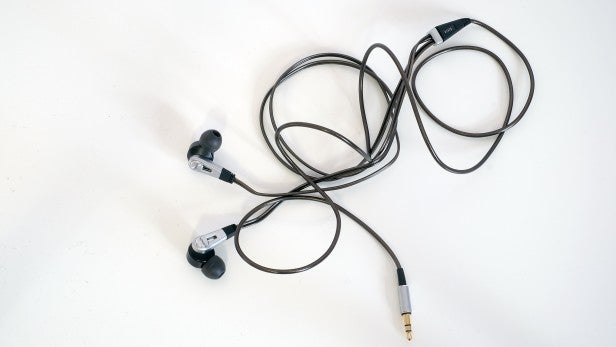 While the look is high-end, the fundamentals are standard. The Denon AH-C821 don’t have a removable cable, and there’s no phone remote. This is fairly common among more “serious” earphones, however.

The cable itself seems tough, and slightly thicker than average. There’s also a cable tie that lets you limit how much wire bounces around on your shirt.

Denon includes four different sizes of silicone tips and a pair of foam tips, and it’s important to get a good seal. Even with this, though, the Denon AH-C821 do tend to fall out of your ears with the slightest tug. I’ve had to pop them back in more than most. 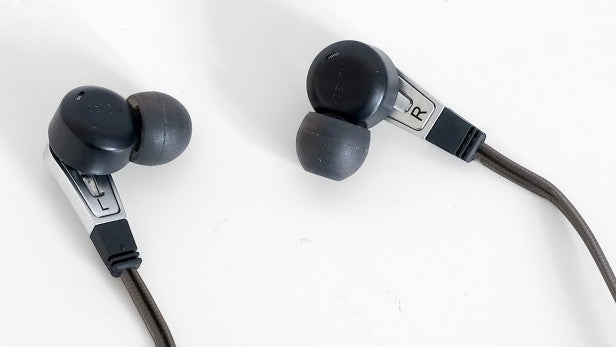 Those who don’t like deep-digging earphones will appreciate the feel of these headphones, however. The Denon AH-C821 sit by the opening of your ear canal, the black driver casing nestling in behind your antitragus – the bit of a cartilage just above your earlobe.

These are ported earphones – check out the tiny silver grille in the driver housing in the image above – and isolation is just reasonable rather than fantastic. But it’s enough to make the Denon AH-C821 ready for use on the bus or train. 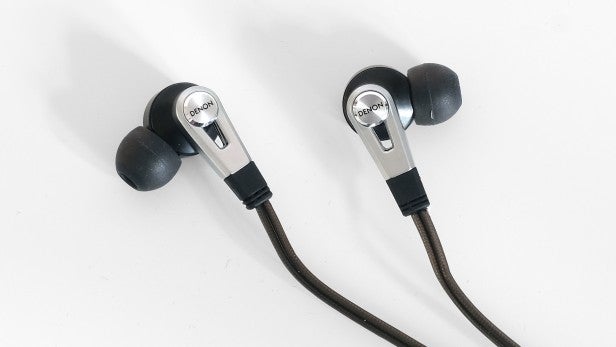 Smart looks are nice, but driver tech is the most interesting element of these earphones. The Denon AH-C821 have Double Air Compression drivers, which incorporate two 11.5mm dynamic drivers.

One sits in front of the other, and it’s why there’s a V-shape metal stem and two fused cables coming down from each earpiece. Each driver gets its own cable. 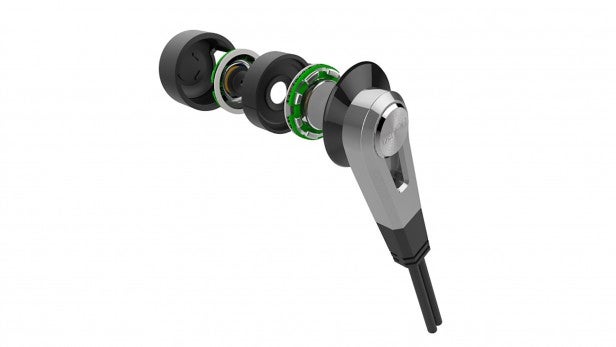 The aim is to deliver very low-distortion, powerful bass, and the Denon AH-C821 succeed. Denon claims the frequency response goes all the way down to 4Hz. While my normal testing caps down at 20Hz, these earphones can push out a good amount of sub-bass at that low register.

Actually listening to some music, the Denon AH-C821’s bass is powerful rather than studio-grade accurate, but it doesn’t bleed into the mids. Few earphones are better at pushing out the low bass you hear in dance or grime music, for example. You can almost visualise the speaker driver of a 12-inch driver being pushed out a couple of inches, the sort of motion normally required for this kind of bass. 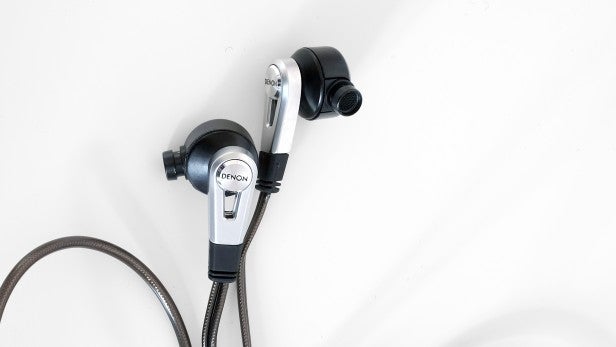 In general, the Denon AH-C821 also display good detail, but there are aspects of the sound that negate the impressive bass.

They’re quite prone to sibilance, particularly at higher volumes, and there’s an unwanted granularity to the highest mid-range frequencies. A few times, I’ve just been getting into the feel of the low bass only to be distracted by the treble’s harsh edge.

This effect seems to increase quite dramatically as the volume is pushed beyond about 80% on a phone. Although this will depend on the model of your handset, it was present at the sort of volumes I listen to – not just levels that will fry your ears.

The scale of the sound, its stereo imaging and dynamics are all decent, but the sharp treble puts a downer on what would otherwise be great earphones. 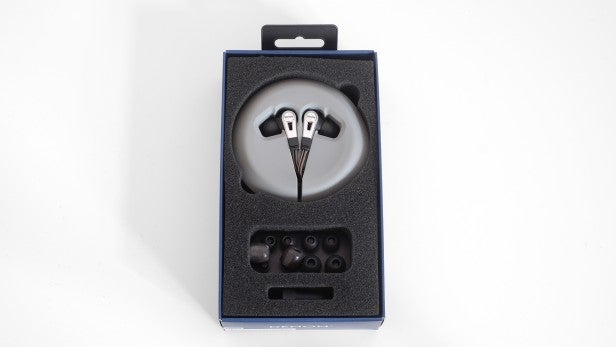 If you like the sound of the Denon AH-C821’s bass but are put off by my criticisms, the other obvious choice at the price is the RHA T20. They have a nicely weighty sound, although the Denon bass is probably the more nimble of the two.

Other options around the price include the long-standing Shure SE315 and Audiofly AF120.

It’s worth seeing if your local stockist has any demo pairs of the Denon AH-C821 available, though,  as some ears will be more sensitive to these earphones’ treble peaks than others.