Dell makes some bold claims about the UP2414Q. Its 1000:1 contrast ratio is nothing special and neither is the 8ms response time, but the 99% Adobe RGB coverage and 100% sRGB caught our attention, as did Dell’s claims that the UP2414Q comes factory calibrated to below DeltaE 2.0. Any DeltaE less than two gets close to indistinguishable to the human eye.

As ever we fired up our XRite i1 Display Pro to get our own readings. We were instantly pleased to see the UP2414Q hitting a colour temperature of 6625K without any tweaking, which is very close to the ideal of 6500K. The peak brightness of 375 nits is seriously impressive, too, but in actual fact it’s needlessly so and this is reflected in a less impressive 839:1 contrast ratio.

That’s less than Dell’s quoted native figure, and among the lower ones we’ve seen in recent times. It’s not a disaster, but it’s disappointing all the same and results in a distinct grey bias in blacks and a slightly underwhelming black level. 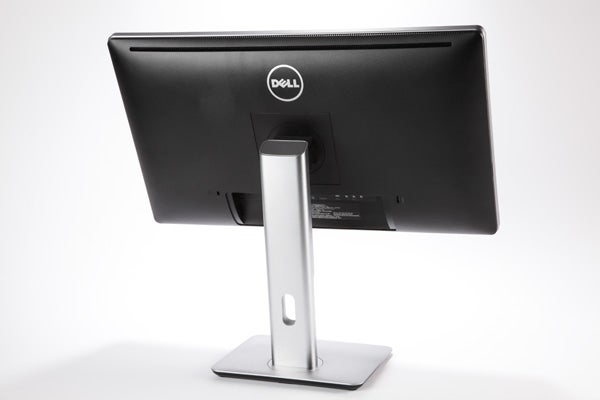 We’re in danger of nitpicking further when we look at the colour gamut readings, which fall a sliver short of Dell’s quoted numbers at 99% sRGB and 94% Adobe RGB. But they’re both excellent numbers by normal standards, even if they fall slightly short of Dell’s claims. Moreover, they’re close enough that a small amount of tweaking might earn a small boost in coverage.

Next we turned the DeltaE readings, which is (to simplify) a numeric value of how accurate and true to life the colours actually are. Xrite’s iProfile software measured an average DeltaE of a staggeringly low 0.77. We ran this a few times just to check something hadn’t gone awry (we even switched to another profiling package to cross check) but the result remained the same. Anything less than 2.0 is very good, anything approaching 1.0 is outstanding, but the Dell UP2414Q is the first monitor we’ve tested to go below 1.0. That’s exceptional.

This is music to the ears of anyone that does colour critical work; especially given the Dell comes so well calibrated out of the box. You could argue it’s the least you should expect of a £850 monitor, but such good factory calibration is not always a given even at this price.

Next on our hit list is uniformity, which we find can make or break a monitor. It’s also where the Uniformity Compensation mode mentioned earlier comes in. First we ran the test with it turned off.

Brightness uniformity was excellent, the largest difference being a reasonable 22 nits. It’s one of the best results we’ve seen.

The White Point, however, is average at best with some fairly large variance from top to bottom.

With the compensation mode turned on the brightness consistency improved markedly. The largest difference in brightness was a minuscule 10 nits. That’s oustanding.

There’s a similar improvement in the white point consistency, too, but here things are a little more complicated. It does a remarkable job on most of the screen, but there are two areas that are less impressive. Moreover, activating the compensation mode appears to shift the White Point by around 200K across the board, which isn’t dreadful but is less than ideal for colour critical work.

You should be able to adjust for this by calibrating the screen with the uniformity mode turned on, but why isn’t it turned on by default? Sadly we don’t have the equipment to test this theory, but our best guess is it impacts either response time, input lag or possibly both – we’re currently awaiting new equipment to help us test this, but it hasn’t arrived in time for this review. 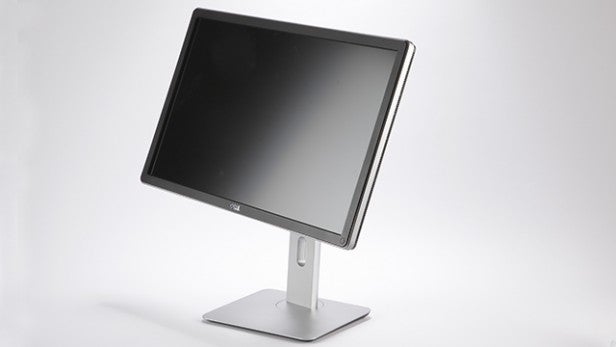 If you want a 4K monitor at a not extortionate price then the Dell UP2414Q is an excellent option, one we’re happy to recommend. It’s still expensive, but for the money it delivers truly exceptional colour accuracy right out of the box, excellent connectivity and a reliable and flexible stand design.

Indeed, considering these factors alone the Dell UP2414Q makes a good case to receive top marks. It doesn’t due to the slightly underwhelming 800:1 contrast ratio and resultant mediocre black level. This is bearable to a degree, especially if you’re less concerned with multimedia and video viewing, but it’ll be a legitimate concern for many.

But it’s not enough to prevent us recommending the Dell UP2414Q. It’s a breakthrough price for a quality 4K monitor, one that’s bound to tempt many to make the step up to 4K.

If you want a decent 4K monitor at a reasonable price, the Dell UP2414Q is your best bet.

Next, read our best 4K TVs