The Dell UP2414Q is among the first serious 4K monitors on the market. It joins 32-inch models like the Sharp PN-K321, Dell UP3214Q and Asus PQ321QE in a select band of 4K monitors vying for the cash of early adopters, but unlike any of the above the UP2414Q costs less than £1,000. In fact, at £870 it’s about the same as the rather pricey (and non-4K) Apple Thunderbolt Display.

Of course the Thunderbolt Display is horribly overpriced, but the Dell U2414Q isn’t and it’s by no means a cut price, last resort option, either. It has an IPS display, claims to cover 99% of the Adobe RGB colour space and claims to come out of the factory calibrated to a DeltaE less than 2. It’s a serious monitor demanding serious attention, and for the most part it delivers handsomely.

GUIDE: What is 4K and Ultra HD?

Note: Pricing based on pre-order price on Ebuyer.com and other UK retailers, not Dell online store. 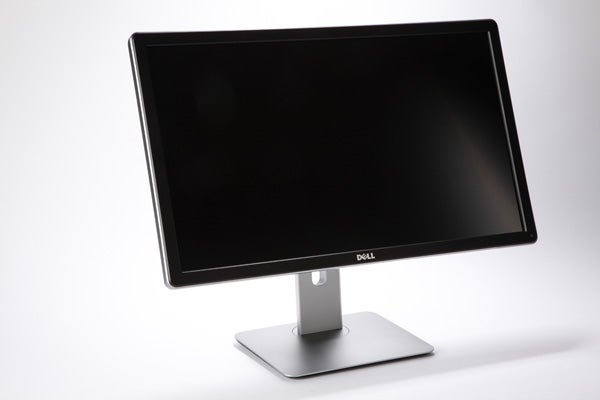 Dell likes to keep its monitor designs fairly uniform, which judging by the U2414Q is no bad thing at all. It looks reserved, simple and straightforward, which in this context is exactly what you want.

It has all the adjustments you could want, too. Rotation is built into the stand, which makes it easy to share what you’re working on with colleagues, and it pivots, too. There’s a decent degree of tilt available, and every element of the stand and case is impeccably well made. No corners cut here. 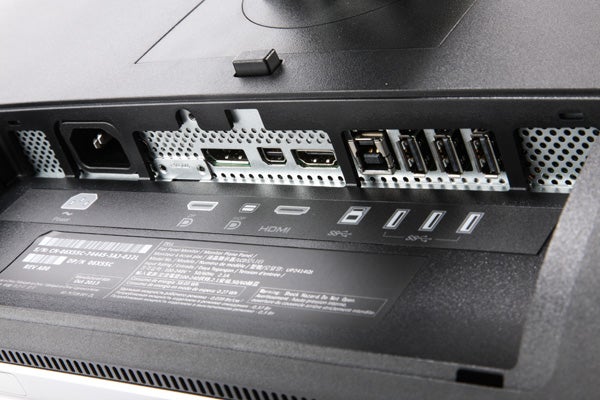 Connectivity is decent, albeit with one or two small caveats. There are DisplayPort and Mini DisplayPort connections, but the HDMI port is only a version 1.4 port. This means you can’t run the Dell UP2414Q’s 3840 x 2160 native resolution at 60Hz over HDMI, only 30Hz. It’s not a problem unique to Dell, though, with the Panasonic L65WT600 being the only 4K TV to currently support HDMI 2.0.

Non-video connections include an impressive four USB 3 ports, one of which is primed to charge tablets, phones and other gadgets. The final flourish is a media card reader on the left edge. You could add more to the UP2414Q, but you don’t really need more.

Our only tiny complaints are that Dell could have taken inspiration from the Samsung S24C650 in putting the USB ports in the base, rather than hidden at the back, and integrating some manner of carry handle to make the UP2414Q easier to move. That’s the worst we can think of, though. 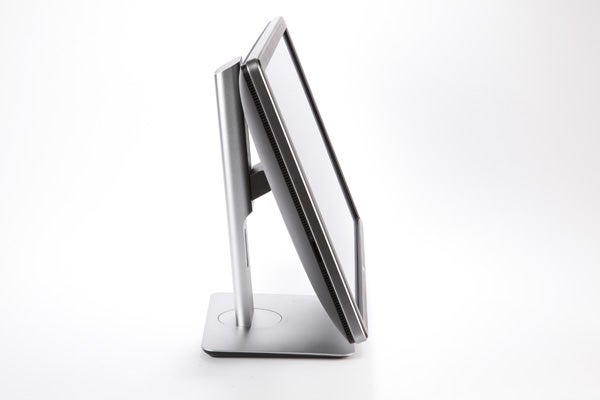 Getting the Dell UP2414Q up and running is no problem at all. It comes in two parts: monitor and stand. The latter clips smoothly into the rear with no screws needed — it’s harder to open the box than assemble.

Better still are the OSD and controls. The controls are touch and context sensitive buttons in the bottom right edge. They’re on the front, so you don’t have to feel around for them, and each has a small LED to indicate when they’re active. The OSD actions appear right next to each button. They’re clear, logical and easy to use. 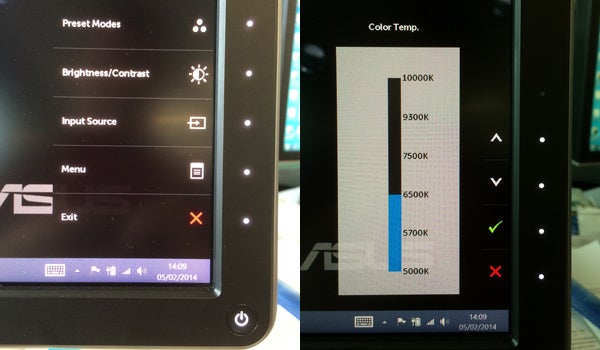 The options in the OSD are plentiful, too. Preset Modes include Colour Temperature (5000K to 10,0000K); Colour Space (Adobe RGB, sRGB and two customisable calibrated presets) and Custom Colour controls where you can fine-tune the colour precisely. There are other presets for Standard, Multimedia, Movie, Game and Paper, but they’re largely superfluous to our eyes. 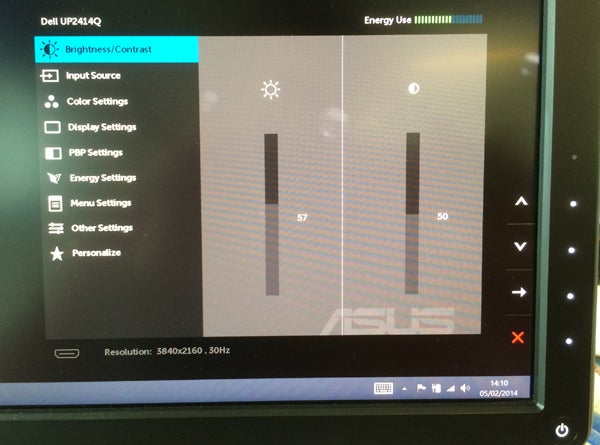 This gives you plenty of flexibility to get what you need, particularly the option to save your own presets and quickly switch between them. There are some interesting options hidden away in the menus, too, including an intriguingly titled ‘Uniformity Compensation’ mode that we’ll take a closer look at later on.