Dell says that each UP3216Q is calibrated at the factory to achieve a sub-2.0 Delta E out of the box, but the reality isn’t quite that simple.

By default, the Dell is set to use its Zonal Color Space mode. This option allows users to display different colour spaces in the left- and right-hand halves of the screen. This is useful for work, but not the ideal option when it comes to achieving accurate, consistent colours and contrast levels.

When measuring the Dell at its factory settings, the Delta E is a mediocre 4.21. That’s not the only area where there’s little to shout about: the colour temperature is a middling 7,560K; the Samsung U32E850R managed 6,311K. 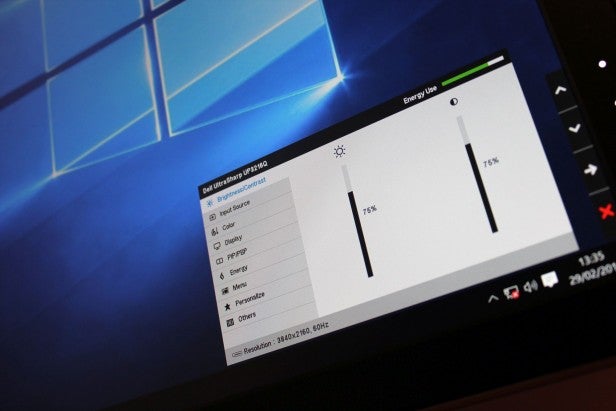 Turning off the Dell’s Zonal Color Space setting made an instant difference. Deactivating that option also switches off Dynamic Contrast and Uniformity Compensation, and that meant Delta E improved to 1.65 – an excellent figure. With this setting turned off, the Dell improved in other areas, too: its maximum Delta E dropped from 9.63 to 5.62, and colour temperature improved to 6,971K.

So, while it isn’t entirely accurate that the UP3216Q achieves a sub-2 Delta E when it’s pulled from its box, getting to that point doesn’t take a huge amount of effort – it’s simply a matter of turning off Zonal Color and picking the colour profile most suited to the task at hand.

With this option selected, the screen’s average Delta E improved to 1.23 and its colour temperature warmed up to 6,980K. The only slight issue here was contrast: the middling brightness and black levels of 177 nits and 0.3 nits meant the contrast sat at 590:1.

Thankfully, the Dell didn’t have any problems displaying the huge number of colours produced by the sRGB and Adobe RGB gamuts. It displayed 99.6% of the sRGB gamut and 99.4% of the Adobe RGB gamut, which is right in line with Dell’s claims – and a little better than the Samsung.

It took a while to find the Dell’s best settings, then, but it’s worth jumping through the hoops. Turning off the UP3216Q’s Zonal Color Space sees the screen achieve Dell’s Delta E claims, and opting for the 6,500K colour temperature option saw those good results get even better.

Dell’s screen performs well when compared to the Samsung. With the Samsung settled at a 200-nit brightness level, it delivered a contrast ratio of 880:1 and black level of 0.39 nits. Neither of those figures is as good as the Dell without its Zonal Color Space option activated.

I calibrated the Dell by turning its green colour slider down a couple of notches, and its average Delta E improved to 0.6 while its other key measurements remained the same. That’s a great result, but this is one department where the Samsung is better – when calibrated, that screen improved to a stunning average Delta E of 0.09.

Dell’s screen augments its sRGB and Adobe RGB colour modes with industry-standard REC709 and DCI-P3 settings. That’s a boon for those working in the content-creation fields, but neither of those modes can really be measured with a colorimeter – their benchmarks are way off-piste, but they’re not designed to excel in that type of test.

Dell’s screen doesn’t just have options for industry-standard working environments ; it has modes for different kinds of entertainment. Sadly, and as often happens with screens, these modes aren’t much use.

The Game mode’s Delta E of 2.58 is worse than the Dell’s normal modes, and the colour temperature cooled to 7,348K. The black level ramped up to 0.35 nits, too – a change designed to illuminate darker areas during gameplay, but one that also robs those shadowy areas of nuance and detail.

The Movie mode was no better. Its Delta E declined to 4.33, and the colour temperature sat at 12,783K. This is an extreme result that makes everything look far too pallid. The Multimedia mode sat between those two options, which means I wouldn’t use it. 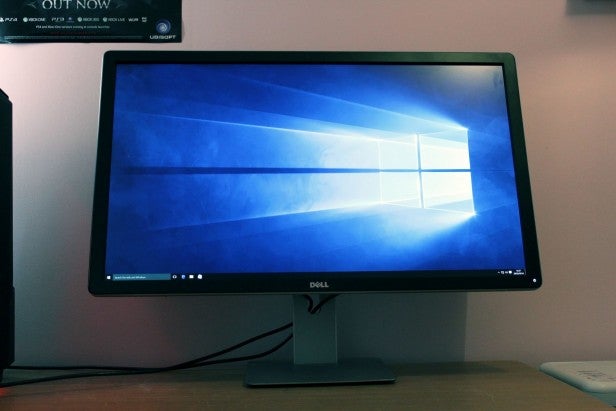 Samsung performed similarly here. It lost up to 20.6% of its backlight in its top-left corner, and almost 9% of its colour temperature in some sectors.

The Dell’s middling uniformity isn’t a disaster, but it’s worth bearing in mind if you’re undertaking high-end graphical work. Given the nature of those tasks, however, it also might be worth investigating more expensive professional panels.

The Dell performs better when it comes to viewing angles. The size of the screen means that the corners can be a little darker when viewed from a central position, but this issue isn’t as pronounced as it is on the Samsung. There’s also only a slight darkening of the screen when it’s viewed from more oblique positions.

There’s little to choose between the Dell and the Samsung when it comes to input lag. The Dell’s average input time of 9.7ms is excellent – barely any different from the Samsung, and easily good enough for gaming. That’s particularly impressive given that this isn’t technically a gaming screen. 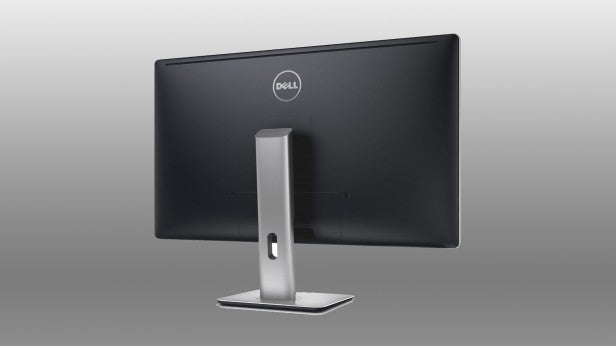 Should I Buy the Dell UltraSharp UP3216Q?

Dell’s UltraSharp UP3216Q is a high-quality office monitor that gets it right in most of the important areas. It’s smart, versatile and sturdy, and it comes with screen modes that work with industry-standard settings – something most professional panels don’t include.

Screen quality is decent, too, even if it takes a little effort to get to the best settings. When it’s running at the peak of its capabilities, the Dell offers impressive colour accuracy, contrast and black levels, and it effortlessly produces the entirety of the Adobe RGB colour gamut. It throws up only minor issues: uniformity is necessarily tricky to maintain across such a large panel, and Samsung’s major rival is a little better when calibrated.

That Samsung screen is only better in a handful of areas. Its AMD FreeSync technology makes it a better option for after-hours gaming, and it’s a tad more versatile.

When it comes to getting work done, though, Dell’s screen excels thanks to a greater number of modes and better benchmark results. It’s a good option if full-on professional panels are too expensive.

Dell’s screen makes the user jump through a few hoops before its best settings come to light, but once it’s been properly set up there’s plenty to like. Its colour accuracy, contrast and gamut coverage levels are all top-notch. Other panels are better for multimedia, but this is an impressive large screen for work.