The Dell talks a good game, but its factory settings proved a little underwhelming.

Its brightness and black levels of 303 nits and 0.32 nits are fine, and they combined for a contrast ratio of 947:1 – a reasonable result. The Asus screen is better on both counts, though, and the BenQ is brighter, so both rivals offer more contrast.

It’s a similar story elsewhere. The Dell’s average Delta E of 3.49 is alright, but both competitors achieved more accurate colours in these initial tests. And while the Dell can render 92.5% of the sRGB colour gamut, it doesn’t perform as well as the Asus MG279Q and BenQ XL2730Z.

At factory settings the Dell’s colour temperature of 7,255K is a little cool. Thankfully, it remains warmer than both rival screens.

The Dell achieves a mixed bag of results at factory settings then.The contrast and black levels will render darker areas with suitable depth, and other sections with enough punch. Colour accuracy and gamut coverage is decent – this screen will handle almost all of the sRGB scale, and those colours won’t look too chilly. That said, there’s no denying that the Asus in particular is a step ahead. 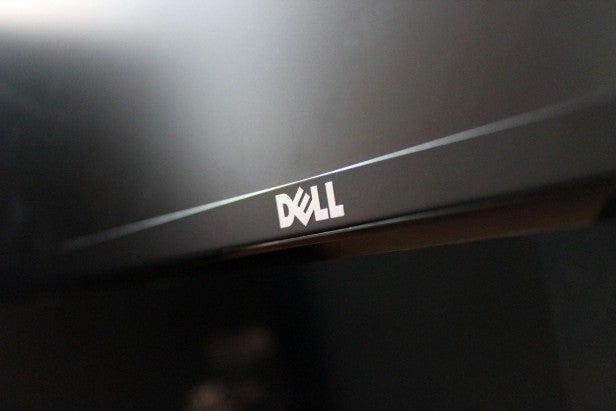 I turned down the Dell’s high initial brightness to a more manageable 125 nits – 21% on the screen’s OSD – but the S2716DG’s performance didn’t improve drastically. The contrast ducked a little to 893:1, and Delta E hovered at 2.2 – better, but still not great. At the same brightness level the Asus panel kept its contrast and average Delta E results at 1,270:1 and 0.47.

My last initial test was calibration. Here I use the X-Rite hardware to extract the best performance possible from a screen. With this panel, that involved turning down the red and blue colour menus  by two notches.

Viewing angles can sometimes prove tricky with TN panels, and I noticed a few issues here. Looking at the screen from above and below saw the panel become washed-out, and viewing from its sides saw a yellow pall appear. There’s a tiny amount of backlight leakage along the bottom edge, too.

This is all worth bearing in mind, but none prove ruinous for the Dell: gamers will be playing in front of the panel, and the backlight could be seen only in a dark room with a static black image on the screen.

While it’s true that Dell’s screen falls behind its competitors in several categories, I should stress that this isn’t a bad panel. Its scores are good rather than great, and they combine to produce a well-balanced screen with no real weaknesses. It’s good enough to make games look great, but other panels are just a little better.

The lack of genre-specific modes on this panel means that it’s Dell’s warm and cool options that carry the flag.

The warm mode is easily the better of the two settings: its 1.6 Delta E is decent, and the colour temperature of 6,149K is warm without becoming oversaturated. Contrast and gamma levels remained near to their original values. In real-world use, it’s clear that the panel has warmed up, but that’s no bad thing – colours are a little more vivid without becoming unpleasant. 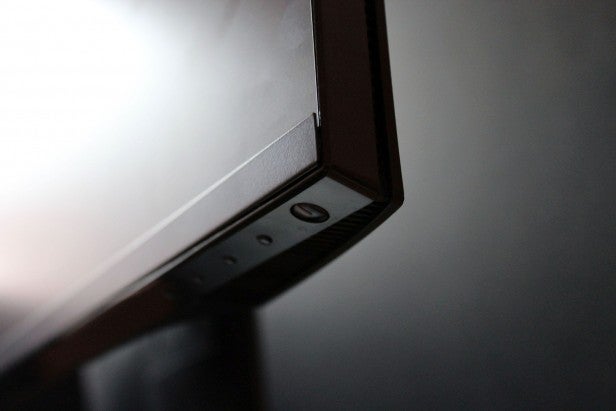 The cool mode, meanwhile, ramped up the colour temperature to 11,193K. That’s far too high, and it means that images look insipid and pallid, with a constant blue hue. There’s no way I’d use this for games.

I expect gaming panels to serve up input lag below 20ms, and Dell’s screen delivered with aplomb. Over the entire panel the Dell’s input lag averaged 13.2ms.

That’s excellent: far quicker than my target, and easily speedy enough to cope with frantic gaming and even the super-quick responses demanded by competitive players. It’s also better than the Asus, which faltered at 24.5ms despite its status as a gaming screen.

While it isn’t often that I experience panels gaining brightness along the top and middle rows, it isn’t a bad thing – it will simply serve to make games look a tad more vibrant. Note that the Asus lost between 10% and 15% of its brightness across the screen.

The Dell’s backlight differences may occasionally be visible during darker and more consistent gaming scenes, but its colours will remain steadfast. Colour temperature dropped by 5% in the odd section, but usually lost less than 2% of its result – which just won’t be noticeable during games. 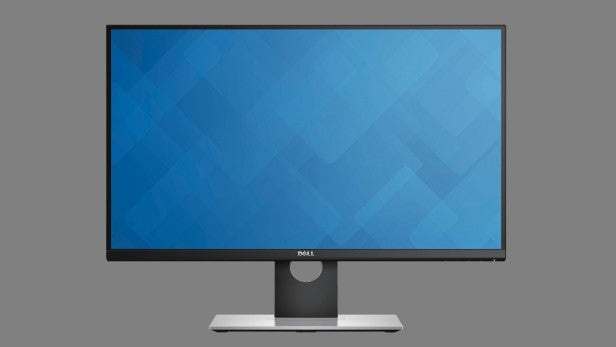 This screen is good-looking and has most of the features I’d expect of a gaming panel. G-Sync and the 2,560 x 1,440 resolution combine to make games look smooth and sharp, and it has ports, plenty of movement and easy setup and management.

Image quality is decent, too. It achieves sufficient contrast and reasonable colour accuracy, no matter the situation, and its uniformity and viewing angles are good – the latter suffers a little, but that’s just what I expect from a TN panel. Its input lag is impressively low, too.

Although the Dell monitor doesn’t suffer any huge issues itself, its rivals are problematic. The Asus screen in particular offers better image quality in key departments, and both have backed AMD FreeSync, which seems a better bet than Nvidia G-Sync.

Dell’s screen delivers consistently impressive benchmark results alongside solid uniformity and input lag. It offers good features, too, with Nvidia G-Sync and a 1440p resolution leading the way. But despite its lack of issues, it falls behind its rivals – screens such as the Asus MG279Q are just too strong.

If you need some new games for a new screen, then click here for our verdicts on 2016’s top titles. Not convinced by this panel? Then explore our guide to the greatest gaming monitors.