Gaming monitors have been experimenting with their specifications for a couple of years, but now it feels like big-brand panels are settling into more of a rhythm: 1440p panels with G-Sync or AMD FreeSync are beginning to dominate.

Dell hasn’t produced many gaming panels in the past, but its S2716DG is a big play into this growing area – and, not surprisingly, it’s a 1440p panel featuring Nvidia G-Sync.

Dell has deployed a TN screen for this monitor. Panels made using this technology excel when it comes to response times, which is necessary for intense gaming. However, there are downsides – TN screens can sometimes suffer with poor colour accuracy and viewing angles.

The 2,560 x 1,440 resolution is apt, too. The Dell’s pixel density of 108.8ppi lends the screen more sharpness than similarly sized 1080p panels can offer, which means that games will be clearer and more detailed. And, while it’s true that the higher resolution will put more demands on graphics cards, I think anyone considering a £450 gaming monitor will have the hardware in place to continue to deliver smooth frame rates.

The Dell’s resolution and density match its rivals. BenQ’s XL2730Z has the exact same resolution and screen size, and the Asus MG279Q is one inch larger, so its density is a couple of points lower. It isn’t enough to make a noticeable difference, though. 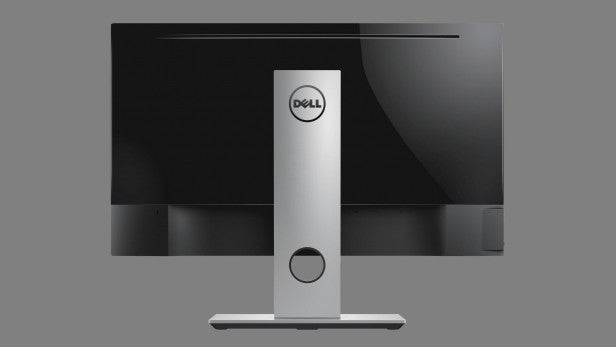 The S2716DG’s screen is coated with an anti-glare layer. It does a decent job of blocking out harmful reflections, and it isn’t too grainy, either – the smudgy effect can be seen only upon close inspection.

This screen’s key gaming feature, undoubtedly, is Nvidia G-Sync. It’s designed to eliminate the tearing and graphical issues that can occasionally occur when a graphics card’s frame rate doesn’t sync up with a monitor’s refresh rate. Nvidia’s tech handles the issue by matching the refresh rate of the monitor to the frame rate of the graphics card. And while most older screens are limited to 60Hz, the Dell can run at 144Hz.

It works well: the increased refresh rate of the monitor and the matching of monitor and graphics card mean games look noticeably smoother.

This may appear to be a good move, but in fact, Dell may have backed the wrong horse.

Nvidia G-Sync requires a controller to be built into screens, which ups the cost and increases exclusivity. AMD’s FreeSync ,on the other hand, does the same job but comes built into display outputs. It doesn’t require any additional hardware, which means it’s already being adopted by a greter number of manufacturers – including both of the Dell’s rivals.

Currently it’s necessary to have an Nvidia GPU to run G-Sync and AMD hardware to run FreeSync. While both are restrictive, the open nature of AMD’s designs mean that there’s a greater chance that this will change in the long run. And while G-Sync only works over DisplayPort, AMD FreeSync can function over DisplayPort and HDMI.

Elsewhere, the Dell ticks many of the boxes I expect of a gaming screen. It includes an option to cut down on motion blur, and it has four USB 3 ports and two audio jacks – one for headphones, another as a line-out. It can also speed up response times.

For all the great features that this Dell monitor includes, there are also a few that it misses. There are no speakers, nor is there a card reader. There’s also no sign of the screen modes that litter other panels.

That last absence may not be such a bad thing. Most screens include modes for various functions that just detract from screen quality, and gaming panels tend to have options for different genres that are similarly detrimental. Dell has kept it simple, with warm and cool options – nothing else. 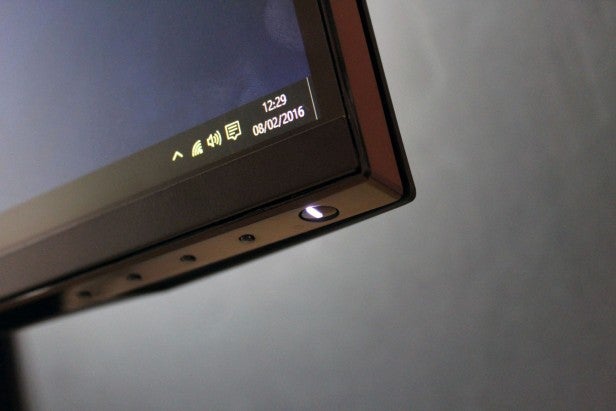 The styling of this monitor is kept simple and clean, too. The sides and rear of the panel are made from glossy plastic, and the base is a smart gunmetal material that’s slightly risen up from the desk. The base has a circular area in which the screen rotates, and the stand is punctuated by a cable-routing hole.

This panel also has one of the slimmest bezels I’ve seen. It’s only a couple of millimetres thick around three sides and extends to a centimetre along the base.

That’s impressive – but there’s a caveat. When the screen is turned on, you’ll notice a second border behind the glass that’s about 5mm thick. So although the Dell’s overall bezel is still slim – making this panel suitable for multi-monitor setups – it isn’t as narrow as it first appears.

The simplicity follows through to the S2716DG’s setup. The base attaches to the stand with a single screw, and the stand slots into the rear of the panel and locks in place without any screws; it can be removed via the press of a single button.

Manipulating the position of the screen is simple, too. The panel moves up and down smoothly through 125mm of height adjustment, and it swings left-to-right effortlessly. You can tilt it forward and back, too, and it can be shifted around into portrait mode. It’s also VESA 100mm compatibie.

That’s the full gamut of monitor movement – the same as both rivals. The Dell does manage to undercut the competition on the scales, though: its 5kg weight is a couple of kilos below both. Its 200mm depth also means it’ll take up less room on a desk. 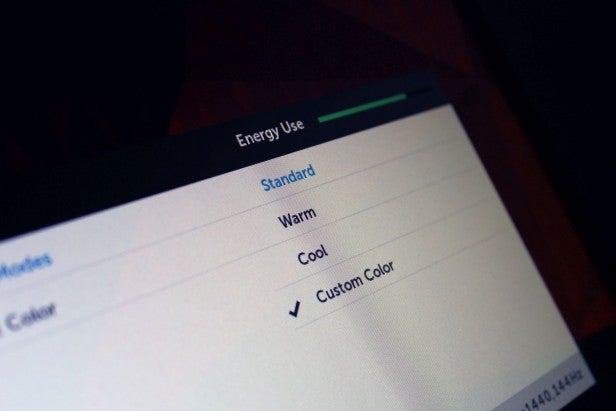 Dell serves up HDMI 1.4 and DisplayPort 1.2a connections, both of which are fine. The version of HDMI included only misses out on 4K at 60Hz and a handful of audio features, neither of which are required by this panel. And the S2716DG’s version of DisplayPort passes up on bandwidth improvements that will only benefit 4K screens – so, again, not relevant here.

You’ll find the Dell’s OSD buttons lurking on the underside of the bottom bezel. They’re a little tricky to use – a little too small and stiff – but the menu itself is fine.

It’s organised sensibly, with basic options such as brightness and contrast sitting at the top and more in-depth settings to be found further down. The OSD is quick to respond, and consistent in its comments – and when the main menu is open, the quick-options graphics are replaced with a key to what’s on-screen.

Here, at least, is where Dell’s decision to eschew menus of different screen modes pays off.