Every M3800 includes a Core i7-4702HQ processor. It’s one of Intel’s most powerful mobile Haswell chips, and it’s got a formidable specification alongside the firm’s latest architecture. Its 2.2GHz stock speed uses Turbo Boost to top out at 3.2GHz, and it’s got 6MB of L3 cache across four Hyper-Threaded cores.

The CPU is accompanied by a mighty 16GB of DDR3 RAM and a 256GB LiteOn SSD. 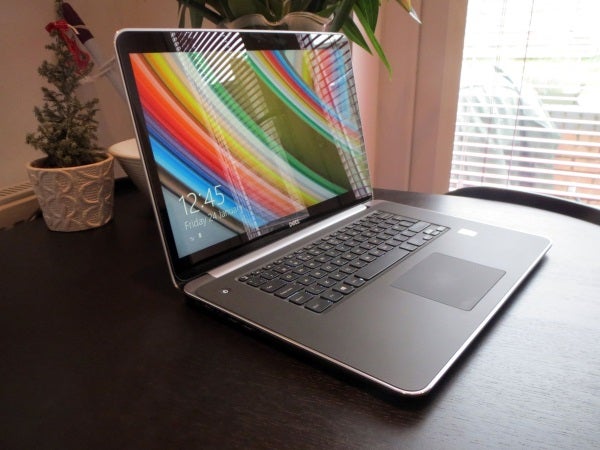 Dell includes a discrete Nvidia core inside, but the Quadro K1100M is a mid-range part that’s based on the GK107 core: technology that debuted in the desktop GTX 650 and has since surfaced inside the GTX 750M mobile chip.

It faces stiff competition from Intel’s latest integrated hardware: while the Quadro averaged a reasonable 24.9fps in Unigine’s Heaven benchmark, the Apple MacBook and its Intel Iris Pro 5200 graphics rattled through the same test at 30.3fps.

The Dell ran through the trio of 3DMark benchmarks with good scores, although more affordable laptops are faster. The Asus N550JV uses the GTX 750M, and therefore has the same core as the Precision, but it’s clocked to 967MHz rather than 716MHz – which means it delivers better pure graphics performance than the Dell for around half of the Dell’s price.

The Quadro core might return middling benchmark results, but it’s still got enough speed to outpace anything previous-generation integrated core as well as most low-end consumer and workstation GPUs. The Quadro chip comes with one advantage over most of its workstation rivals, too, and that’s ISV certification, which means guaranteed compatibility with a host of professional applications.

The Dell Precision M3800, when it comes to graphics, is a trade-off: cheaper systems with poorer screens and designs have more pure power, but the Dell is still beefier than many others – and professionals will find its Quadro optimisations and ISV certification a boon.

The LiteOn SSD proved capable, with sequential read and write results of 490MB/s and 401MB/sec, and the Dell booted in 11s. It’s backed up with a 500GB hard disk that we wish was larger – people working with sizeable video files, photographs or media collections will soon find this tight. 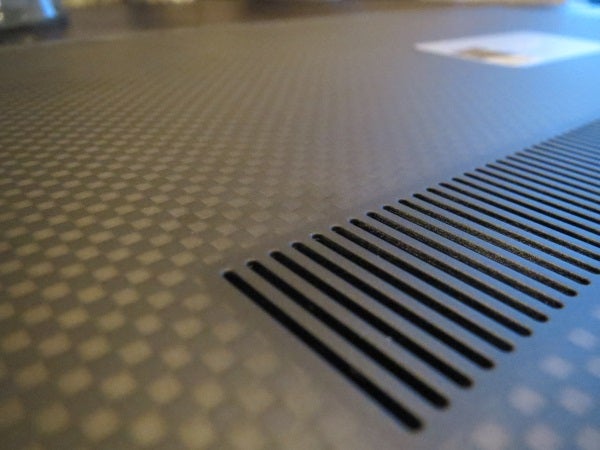 Dell should be commended for cramming such powerful components inside a tiny chassis, but there’s a downside to the Precision’s 19mm frame. We stress-tested the system and, within minutes, the processor rocketed to a peak temperature of 96°C – only four degrees short of the point where the CPU throttles its speed.

The high processor temperature won’t be an issue unless you run the chip at its full capacity for prolonged periods of time, but sustained work did cause the Dell’s fans to spin up. The whine will prove noticeable and irritating in a quiet room, and the fan’s vents are on the base of the system – so the Precision becomes a little uncomfortable if used on a lap for a long time.

This is the one area where the M3800 compares poorly to the MacBook, perhaps showing that cramming all this power into such a slim laptop has at least one compromise. 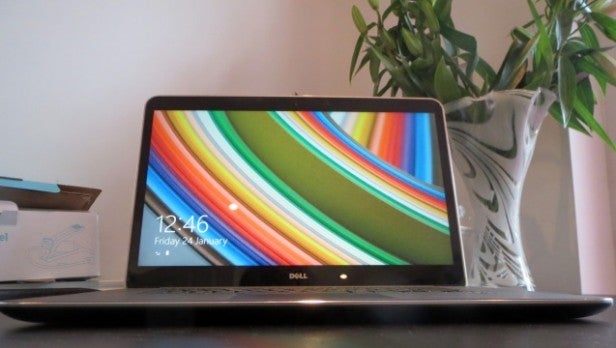 The Precision can’t boast great battery life, either. The six-cell unit inside this machine lasted for 4hrs 8mins in our Powermark test, which tackles video playback, web browsing and word processing at 40% screen brightness. This figure increased to 5hrs 12mins when we turned the brightness down further and deactivated Wi-Fi.

It’s a mediocre result, but one we expect from workstation machines that prize power over longevity. The MacBook was better – with its screen at 50% brightness and when browsing the web but running no other tasks, it lasted for ten hours.

Used as our main laptop for the review period
Tested for at least a week
Used consistent benchmarks for fair comparisons with other laptops
Reviewed using respected industry benchmarks and real world use
Previous
Dell Precision M3800 Review Next
Keyboard, Trackpad and Verdict Review