We consumers can be a demanding lot. We want ever more powerful setups in ever smaller packages, and they need to cost less than previous generation products too. When we first saw the Mesh Cute, we thought it might be the answer to many people’s prayers. After all, it was a fully functional and relatively powerful desktop PC with TV tuner and Blu-ray crammed into a 300 x 300 x 165mm case, all for under £400. Unfortunately it was also heavy, noisy, slightly cheap-looking and suffered from build quality issues. Is Dell’s Inspiron Zino HD what the Cute should have been? 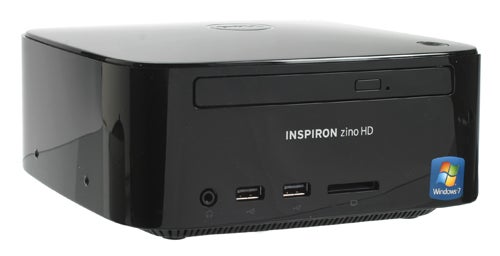 Not to be confused with the vanilla Inspiron Zino, which is an Atom-based desktop that doesn’t have the power to cope with some everyday tasks let alone HD video, the Zino HD is a proper desktop computer. Indeed, though CPU and GPU options are somewhat limited, you can configure one with up to 8GB of memory and a 1TB hard drive.


Getting back to the Cute VS Zino HD comparison, by looks alone the Dell is the clear winner. In fact, barring the Apple Mac mini it’s pretty much the most attractive non-Atom desktop PC we’ve laid eyes on. It measures a diminutive 197 x 197 x 85mm and weighs a mere 1.6kg. Its gentle curves, symmetry and neatly integrated white-backlit power button contribute to a machine that wouldn’t look out of place on a designer desktop or below a television costing a few grand, and it’s certainly a lot cuter than the Cute. Nor will you see any disfiguring ventilation openings (apart from the single fan at the back), as these are cleverly hidden in the slightly raised base. 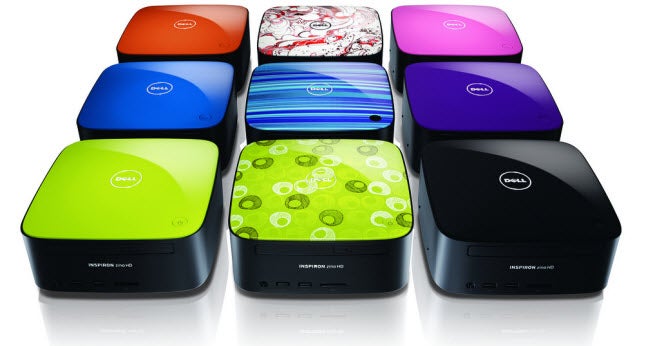 As with most of Dell’s popular consumer laptop and some desktop lines, the Zino HD’s looks are also highly customisable with a veritable plethora of colour and design choices for its top. These include the piano black of our sample, blue, green, orange, pink, purple and red as well as Horizonte del Infinito, Green Scatter and Red Swirl. The latter, an organic pattern of various shades of red on a white background, is my favourite choice but there should be something for everyone. The top ‘lid’ is a doddle to replace as it comes off by simply pressing a button at the chassis’ rear and clicks easily back into place.


Unfortunately the glossy finish loves fingerprints and dust as much as ever and scratches easily, but this is less of an issue on a machine you don’t need to touch often compared to the laptops we frequently complain about. Build quality is decent though not exactly the sturdiest around, so this system will need to be treated with a little care. The interchangeable top panel flexes a little but the main chassis doesn’t suffer from obvious weaknesses.

At the Zino HD’s front we have a tray-loading slimline Blu-ray drive, though the base model comes with a DVD-Rewriter (the former is a £140 upgrade). While many high-end ‘designer’ machines opt for slot-loading drives instead, Dell’s choice here offers more flexibility – slot-loading drives can’t handle mini or odd-shaped CDs – less chance for dust to get in and is cheaper, thus keeping the overall cost down.


As far as connectivity goes, the Zino HD offers nearly everything you could want. At the front are a headphone socket, two USB ports and a memory card reader. The back houses another two plain USB ports and two combined eSATA/USB ports, which is a great touch for those who want fast access to multiple external storage devices before USB 3.0 becomes standard and a rare find on any desktop machine. 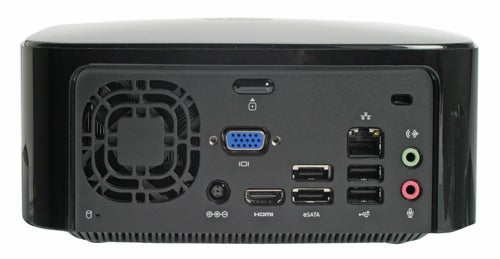 There’s a Gigabit Ethernet port and the classic pink and green microphone and lineout sockets, though no analogue or dedicated digital audio outputs for surround sound. Finally for video we have VGA and HDMI. Though it’s a bit confusing that Dell only mentions 2.1/stereo audio output on its website, fear not as this just refers to the analogue outputs and HDMI carries full 5.1 surround sound.


In use the Zino HD emits an audible but unobtrusive hum, and gets warm though not hot to the touch. Overall it makes for a great user experience. Its external power brick is large but can be easily hidden away, and we’re glad Dell has chosen to go this route – as to include the PSU in the Zino itself would have led to an unfortunate increase in size. 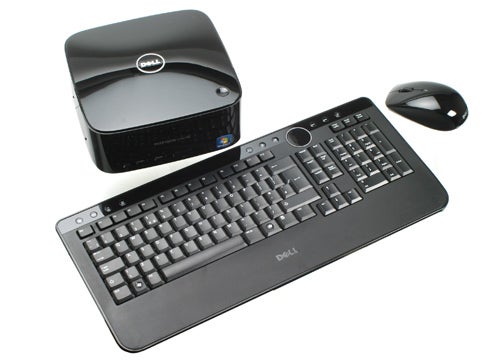 Speaking of user experience, the included wireless mouse and keyboard are surprisingly good. It’s the same set that Dell has been bundling with its premium desktop machines for a while and offers decent build quality and good looks. Both the mouse and keyboard run off standard AA batteries making it easy to use rechargeable ones. The accompanying dongle is a bit on the large side compared to recent efforts from Microsoft and Logitech but at least looks the part in semi-transparent black garb.


The keyboard has a neat and fairly standard layout, though the Page Up/Down key cluster layout is slightly altered to be narrower than usual. Key feedback is soft but well-defined, and the matte surround extends to offer a comfortable palm-rest. A glossy strip along the top houses application shortcuts to the left and media controls to the right, while the volume wheel is a stylish highlight. 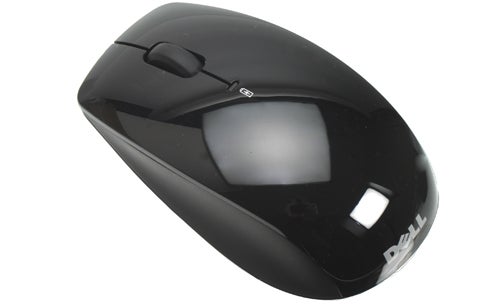 On the other hand the ambidextrous mouse is as basic as it gets with just two buttons and a two-way scroll wheel. In terms of design it has matte sides and a glossy top that attracts the usual blemishes. As for ergonomics, it’s relatively comfortable, though nothing too clever. Its buttons have a positive click and the rubberised wheel provides notched feedback.

With the outside covered, it’s time to check out the Zino HD’s internals. At the heart of this machine beats an AMD Athlon X2 E-series low-power dual core processor. Your choices are limited to the 1.5GHz 3250E found on our model or a slightly faster 1.8GHz 6850E, which is an £80 upgrade. Frankly, we don’t think the price difference is worth it as there is little the more expensive CPU will handle that its budget sibling won’t. It’s a fairly underpowered CPU either way, especially when compared to the lowest model Athlon II X2 used in the Mesh Cute, but it’s a sight more powerful than a dual-core Intel Atom as found in the Novatech Ion Fusion. 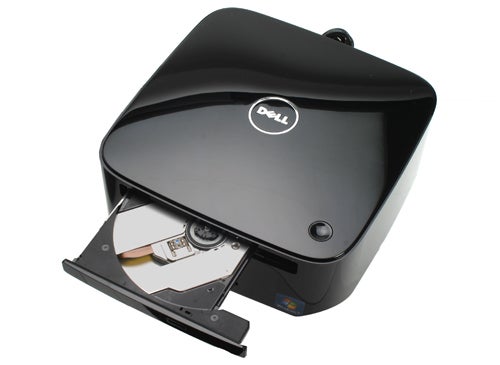 As the Zino HD’s whole platform is AMD-based, it comes as no surprise that you get an integrated DirectX10 ATI HD 3200 as standard for video duties. This can be upgraded to a discrete HD 4330 mobile GPU with 512MB of dedicated RAM. However, this is still quite a low power upgrade and will only be up to casual gaming so again there’s little reason to go for this £61 upgrade. Our model did have this latter card, however, so to give you an indication of performance, in TrackMania Nations Forever it managed a smooth 31fps at 1,366 x 768, though moving up to 1,920 x 1,200 only got us 21.4fps.


Of course Blu-ray playback (using the included WinDVD BD with its Media Center integration) and other high definition video was not a problem, as the Zino HD kept CPU load well under 60 per cent on average, leaving plenty of headroom for other background tasks. This is helped by a fairly generous provision of RAM, as even the lowest configuration of the Zino HD comes with 3GB of 800MHz DDR2. As mentioned you can go all the way up to 8GB, but there’s really very little reason to go beyond the 4GB that came on our review sample. 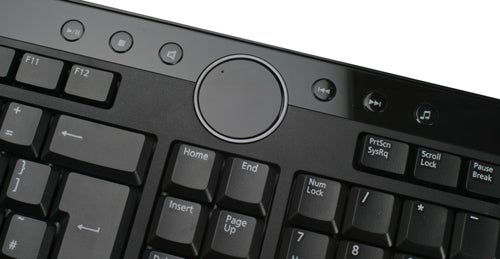 It’s certainly more than adequate to keep the relatively clutter free installation of Windows 7 Home Premium 64-bit happy. A feature unique to Dell installations is a Mac OS-like docking and launch bar, which while not adding too much to the Windows experience could be convenient on occasion.


Hard drive space, meanwhile, ranges from 500GB to 1TB, with the latter demanding a not too unreasonable £50 extra. It must be said that the 3.5in drive is the noisiest part of the system. In terms of extras there’s a wireless-N card for £20 though Bluetooth is not invited to this party, and as for software, you can add Adobe Photoshop Elements 8 for a discounted £40.

Finally then, how does this tiny box hold up to the competition? First let’s compare to the Mesh Cute. The Cute costs £345 for its base configuration, which gets you a faster 3GHz Athlon II X2 CPU and 4GB of RAM compared to the £329 Zino HD with Athlon X2 1.5GHz and 3GB of RAM, all other specifications being similar. Between these two configurations there’s very little to choose from, as for its intended market the Zino offers adequate processing power and is superior in every other respect, being quieter, smaller, better-looking and better-built. However, the Cute offers more flexibility. Unfortunately, since our review it would appear Mesh has dropped the discrete HD 4550 graphics card and Phenom II Black Edition 3.1GHz CPU options, eliminating the Cute as a low-end gaming machine, but the company still offers a Blu-ray writer and digital Dual DVB-T Tuner – neither of which are options on the Zino HD. 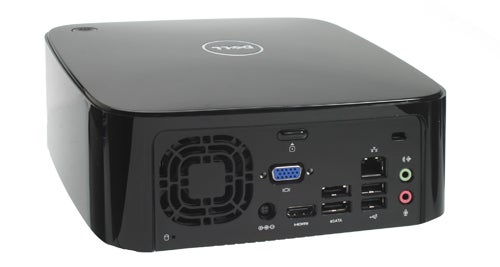 With its 1.5GHz CPU and 4GB of RAM, a 1TB HDD, Blu-ray drive and Wireless N, the Zino HD will set you back around £570, and adding the same HD 4330 as on our review model ups this to £630.29. For this amount of money you can get quite a powerful full-size PC, like the CyberPower Hercules i5, but you’re obviously paying a premium for the Zino’s small footprint.


A Mac mini is a more obvious alternative, but lacks a Blu-ray option and will set you back significantly more for a roughly similar specification – albeit with a more powerful Core 2 Duo 2.26GHz processor. 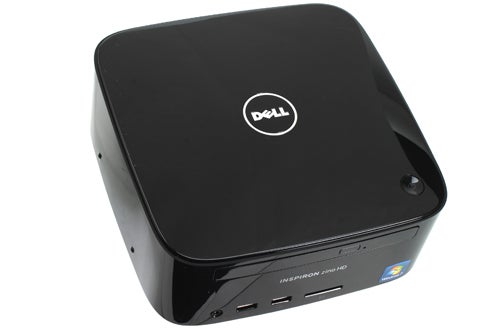 Alternatively, if tiny is what you’re after and you’re on a tight budget it’s also worth considering the likes of the Acer Aspire Revo. Though far less powerful, it’s adequate to run most HD material (barring YouTube HD), and with an external Blu-ray drive plus playback software should still set you back less than £400.


Though it’s not exactly the best value proposition around, Dell’s Zino HD offers pretty much the ideal combination of size, power and features for the perfect home theatre or small desktop PC. As long as you aren’t interested in gaming and aren’t tempted by a Mac mini, this is one very attractive machine!

Addendum: Since the writing of this review Dell has added a new processor option bringing the base price down to £279.