What is the Dell Chromebook 13?

Dell’s take on the Chromebook focuses on business and education, but that doesn’t mean that the rest of us can’t enjoy it, too. Just see if you can stomach the price.

Even the cheapest Celeron version costs £615 inc VAT (£513 exc VAT). And it isn’t as if you’re getting a business-class warranty, either – it’s still one-year, collect-and-return as standard. A similarly specified Acer Chromebook 14, meanwhile, costs just under £300.

In return for the premium you pay for the Dell, you get the look and feel of a high-end laptop and the option to upgrade to a top-end of a Core i5 with 8GB of memory (the version tested) if you so choose. It makes a decent impression for a premium Chromebook – although not quite good enough to justify the asking price. 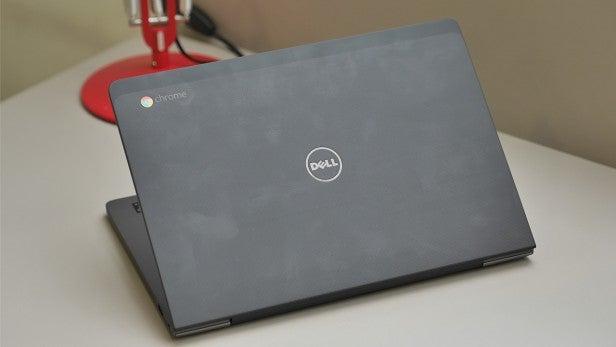 The majority of Chromebooks are “plastic fantastic” – not so the Dell. The body is a solid magnesium alloy and the lid has a nice, soft-touch feel and a carbon-fibre finish. It’s classy and feels built to last. It’s heavy, though: its 2.17kg weight is noteworthy for a 13-inch laptop by today’s standards.

Overall, the Dell Chromebook 13 feels like a modern laptop. The touchpad is a smooth glass that’s a delight to use. The keyboard is good, too: it’s backlit and the keys have a nice, positive feel – despite being on the shallow side. Anyone who is switching from, say, a MacBook Air, will feel comfortable with the quality on offer here. 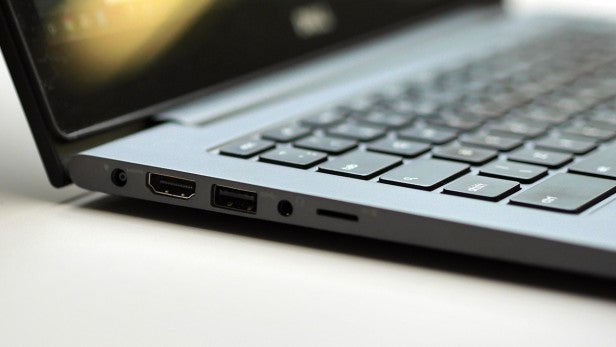 Ports are ample, rather than generous. There’s a USB 3.0 and USB 2.0 port, microSD, HDMI 1.4 and a microSD slot. I’d have welcomed a full-size SD slot, but it’s certainly better than the nothing you get on certain more expensive laptops.

Ultimately, you’re paying for a laptop that won’t embarrass you when you get it out in a meeting, and it’s built well enough to cope with a little rough and tumble. Those are both qualities worth having – and paying for – although I still wish that the Dell Chromebook 13 had been 300g or so lighter. 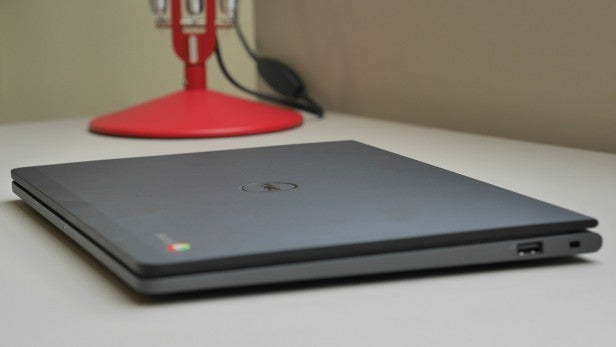 Dell hasn’t skimped on the screen. Each of the four versions get the same 13.3-inch, Full HD (1,920 x 1,080) resolution IPS display – and it’s a peach. Bright, rich and with decent contrast and black level, my Netflix viewing has rarely looked this good on a laptop.

It’s available in touch and non-touch versions. Ordinarily, I’d say a touchscreen was a little silly on a Chromebook, but the Dell is one of few such machines that can run Android apps downloaded from the Google Play Store thanks to an upcoming update. 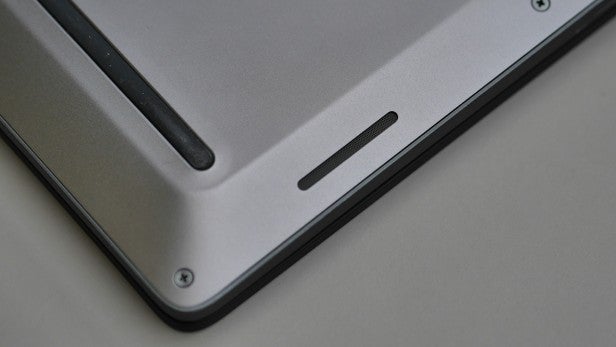 The speakers are less impressive, mainly because they sit in the base of the machine. They sound decent on a hard surface that amplifies the sound somewhat, but they’re less impressive in other scenarios. I struggled to hear dialogue when watching Netflix in bed, but I had no problem when sat at my desk.

There’s a perfectly serviceable webcam, of course, and I had no problems making myself heard when on video calls.

There are four different versions of the Dell Chromebook 13. All have a Full HD screen, AC Wi-Fi and Bluetooth. What changes is the processor, memory and on-board flash storage. All models come with at least 4GB of RAM, which should be the bare minimum for any modern laptop.

Dell sent us the top-spec with a touchscreen for review; not surprisingly, it’s a bit of a speed demon. “Slick” doesn’t really cover it; it doesn’t break a sweat, even with a dozen or so tabs open. 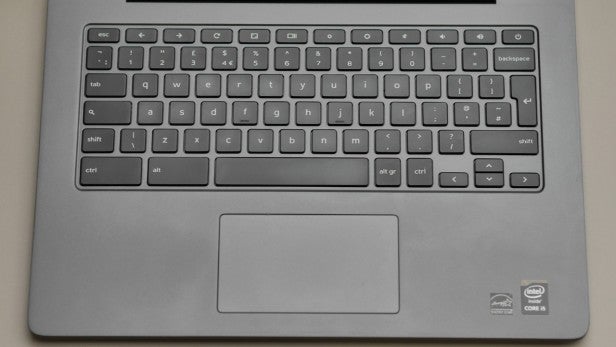 This is overkill for a Chromebook. The Core i3 version will good enough; even the Celeron version is fine for basic use based on Trusted‘s experience of similar-specification machines although it feels expensive compared to the similar spec Acer Chromebook 14.

Whichever option you go for, one of the best things about the Dell – and most Chromebooks – is how cool and quiet it is. Without the overheads of traditional operating systems, you don’t get random moments when your CPU usage spikes and the fans spin up. The Dell is so quiet you’d almost assume it had no fan.

Battery life is another serious plus in the Chromebook 13. Dell claims up to 12 hours of use from the six-cell battery, and leave the screen on a low enough brightness and you’ll probably manage that.

In practice, I managed between seven and nine hours with the screen at 50% brightness. That’s super-impressive – you could realistically leave your charger at home for a day out.

This puts the Dell right up there among Chromebooks and the longest-lasting Windows laptops, such as the Dell XPS 13 and Lenovo Ideapad 710S. 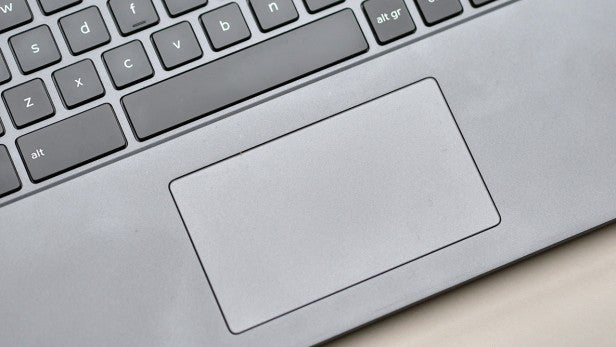 Should you buy the Dell Chromebook 13?

This is the Chromebook that ardent Chrome OS and Google fans should buy. It isn’t perfect – I wish it was lighter – but it delivers a good, premium Chrome OS experience and it’s built to last.

For all its qualities, however, the Dell Chromebook 13 still feels expensive for what it is. It delivers in all the areas where it counts, but it isn’t refined enough to justify the asking price. I’d say each version costs around £200 inc VAT more than it ought to, especially given the lack of a business-class warranty to match.

If you can stomach the price, you’ll enjoy a great Chromebook, but I hope Dell returns to the idea with something similar at a more reasonable price.

A great Chromebook – but it can’t justify the price.