Available on Xbox 360, PS3 (tested), PC
Why all the hate surrounding Dead Space 3? OK, we remember. First, there were those early previews, which seemed to suggest that EA had taken the finest survival horror series of this generation and turned it into a badass Gears of War-style action game. Then came news of the special editions, DLC packs and in-game microtransactions. It turned out that EA wasn’t just dishing out beefed-up suits and weapons to those willing to pay a premium price, but had a nice sideline going selling you materials for the in-game crafting system. You paid to play, then paid some more. 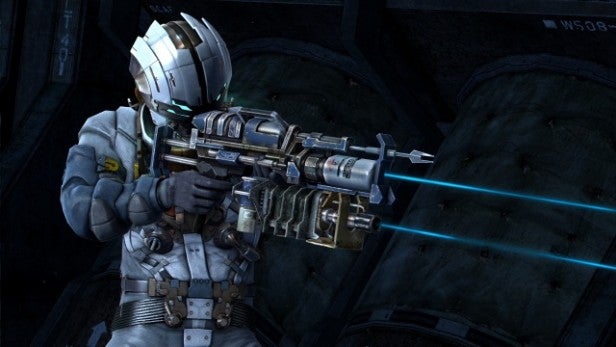 We’ll admit we went into Dead Space 3 thinking the worst. We loved Dead Space and we loved Dead Space 2, but the third game seemed headed in all the wrong directions. Yet we now wonder if many of the people picking up Dead Space 3 over the next few weeks will be left baffled as to what all the negativity was about. Some existing fans of the series will hate it – and they’ll have good reasons – but this is an extremely slick, very enjoyable sci-fi action game.

Note that last bit, because if the phrase sci-fi action game gets your goat then you’re not going to like Dead Space 3. The first game was almost straight sci-fi survival horror, combing the DNA of Resident Evil 4, System Shock and Alien somewhere in the depths of space. The second game had more cinematic pretensions and was more action-focused, but it never lost the creeping tension and spooky atmosphere that made the original so great. Now, however, Dead Space has shifted from sci-fi survival horror with action elements to sci-fi action with traces of survival horror. Horror fans take note. 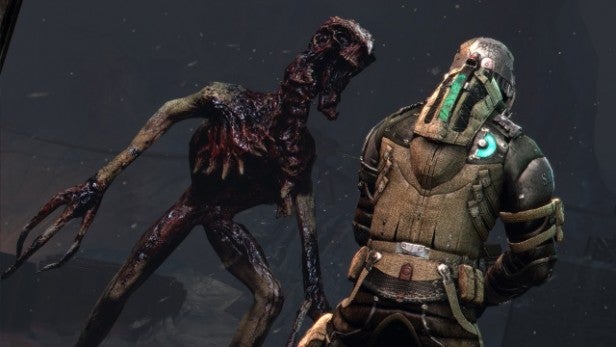 Dead Space 3 – Prepare to be terrified?

We might as well get the bad stuff out of the way. Dead Space 3 isn’t very scary. We’ve followed the story of deep-space engineer Isaac Clarke, his involvement with the alien markers and his battles with the mutant-zombie necromorphs. We’ve seen that story expand to take in an apocalyptic cult, government conspiracies and a wider back story, and we’ve seen Clarke in action on derelict spacecraft and necromorph-ravaged outer colonies. By now, many of the tropes of Dead Space have become clichéd, the necromorphs have lost the fear factor, and a storyline that once seemed dark and mysterious has become unwieldy and baroques. All of the above is a shame. 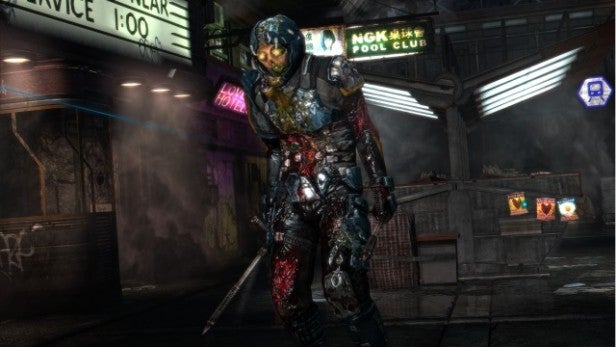 Where the first game was a masterclass in brooding horror with echoes of Alien, System Shock and Bioshock, Dead Space 3 makes few attempts to inspire any real dread. What scares there are date back as far as Doom. Concealed monsters that spring out as soon as you flick a switch? Necromorphs smashing through the roof? The old distract you from the front then hit you from behind gag? If you had a bingo card inscribed with these clichés, you’d be shouting house two hours into the game. And Dead Space 3 is at its worst when it’s at its cheapest, with too many scenarios featuring Isaac in a small space battling to fight off necromorphs while some transparently artificial time limit holds him in place. 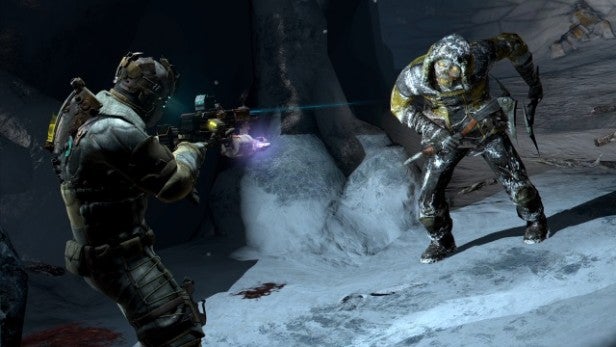 But then we come to the good stuff. With Dead Space 3, Visceral Games has aced the series’s ‘tactical dismemberment’ combat. As before, our necromorph chums are most vulnerable in the arms and legs; blast off the extremities and they’re down for good. Your stasis and kinesis abilities – effectively a freeze-ray and telekinesis – also help by slowing down faster enemies and enabling you to hurl sharp or explosive objects. It all works from a third-person viewpoint with over-the-shoulder aiming, Resident Evil 4 style, though here you can move (slowly) and shoot at the same time.