Available to download from PSN
Datura is weird, interesting, innovative and self-consciously arty. With just a few minor graphical niggles it looks stunning, and it has all the right influences in place. In terms of other games it feels closest to Heavy Rain and Myst, with motion controlled actions designed to give you an almost tangible connection to the protagonist, and the kind of exploration, mystery and puzzle-solving  that made the classic adventure game and its sequels so beloved.

If we’re talking films, then it’s not a million miles away from prime David Lynch or the creepier variety of European art film. In short, those of us who love intelligent, arty games ought to love Datura and be lauding it to the heavens as one of the gaming highlights of the year.

Instead, we’re left with a sense of mild disappointment. Datura isn’t awful, and at times you can see hints of the exceptional game it might have been. When it’s good, it’s a fascinating game, but it can also be frustrating, annoying and wilfully opaque. In a way, it’s a classic “Marmite” game, but we can see more people going through it and saying “What the heck was all that about?” than coming out the other side having had some incredible,
mind-blowing time. 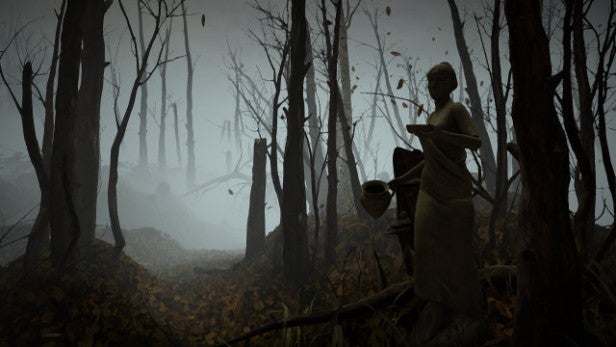 The Datura Experience
Like the much more successful Journey, Datura is all about the experience, and any description we can offer won’t really give you the full picture. The game plays out in the first person, and starts with the game’s unseen protagonist in an ambulance before throwing you into its central location: a mysterious (not to mention foggy) autumnal forest. The forest paths lead you to a range of doorways, rotting carnival sideshows and assorted locations, objects, flora and fauna, and by solving simple puzzles you seem to trigger surreal visions that seem like snapshots of someone else’s life, or maybe the protagonist’s own.

However, to really get to grips with Datura, you also need to understand that it’s a showcase for Sony’s Move controller. You can play it with a standard Dual Shock, true, but if you do then you’re rather missing the point. Movement is actually handled very well through a mix of steering with the Move wand and pressing buttons to go forwards and back, while all the puzzles go big on physical interactions – grabbing and jerking handles, turning valves, tugging at planks and that sort of thing. 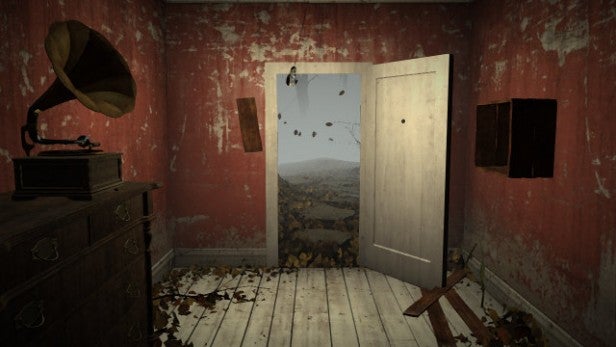 This can be extremely effective. As with Heavy Rain, your interactions with the controller are designed to mirror the actions in the game, and at times this close identification really works. What’s more, Datura is a game of moral choices, where key scenes allow you to choose between one approach and another.

However, there are probably more occasions where the motion controls get in the way, as you try to steer your disembodied hand to the right object, floundering to get a grip on it even though you know exactly what you’re meant to be doing. At times – and we really hate to say this – Datura had us wishing for good old-fashioned Quick Time Events. Can you imagine the levels of desperation that involves?

What’s going on?
What’s more, the storyline and the puzzles have a meaning so opaque that it’s hard to make any sense of them beyond a general surreal or creepy feeling. Who is that guy? What’s up with the butterflies? Who’s that kid? Why does doing that open that door? What on Earth is going on? We’ve no doubt that Datura means a lot to someone somewhere.

You can argue that the game follows a dream logic rather than any real world chain of cause and effect, and if you like deciphering oddball works of art then there’s plenty to theorize about here. Is Datura about life, death, free-will, or just something else altogether? 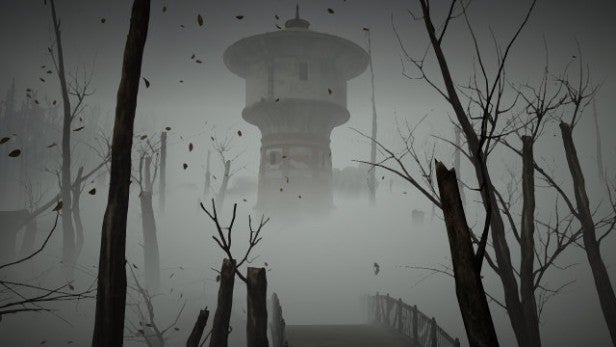 Search us. All we know is that some actual characters, some more hints and a little substance beneath all the atmosphere would make Datura that bit more engaging on an emotional and intellectual level – not to mention more enjoyable to actually play.

There is no questioning the atmosphere. The forest scenery has a beautiful look that’s part fairy-tale, part dream and part nightmare, while the music reinforces the whole sense that something’s going on here, even if you don’t fully comprehend it yet. A few character models look rough close-up, but Plastic, the team behind Datura, knows what it’s doing on a technical and cinematic level. 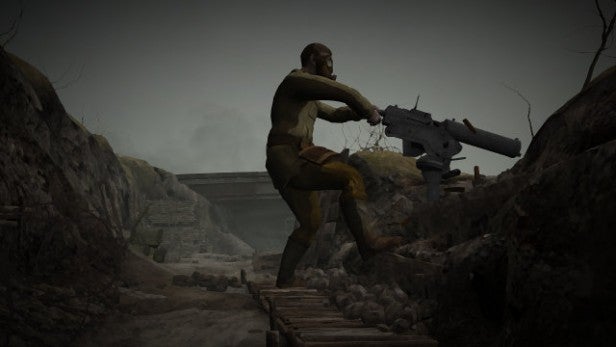 But, overall, Datura goes down as a fascinating failure. It’s such an interesting failure that you might want to play it anyway, but it feels like a failure all the same. As a game, it’s too basic and frustrating to grip, and at around ninety minutes in length, both too short and – curiously – too long, unable to hold your attention for the duration. As an experience, it’s too remote and inaccessible to hook the imagination and keep players engaged. It’s the sort of game we’d love to love, but end up feeling unsatisfied with: a stylish and original enigma, but not actually that great a way to spend your time.

Verdict
For all its ingenuity and creepy arthouse movie vibe, Datura doesn’t really work as a piece of interactive fiction or as a game. It looks amazing and there are more genuine ideas at play than you’ll find in a dozen big-name action blockbusters, but with no gameplay or narrative hooks to keep you playing it’s an experience that will leave most players baffled, bewildered or simply bored.