What is the Crosley Cruiser II?

The vinyl comeback continues to gather momentum, and you can’t have helped but notice Crosley’s range of retro-chic record players flaunting their hipster-friendliness in an increasing number of shop windows.

The Cruiser II is an evolution of one of the company’s most popular models, now with the option of battery power to add true portability to a design that includes built-in stereo speakers and amplification in a briefcase-style casing. 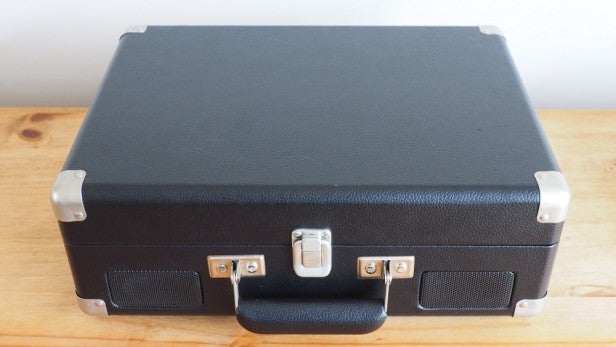 When I first unpacked the Crosley Cruiser II, it wasn’t hard to see why these portable turntables have been charming so many people of late. The leatherette-covered wooden case with its metal fittings and tweed-lined lid is a wonderful throwback to the golden age of vinyl.

I tested the understated black version, but it’s also available in blue, green, orange or a multi-coloured mozaic pattern that has a very 1960s vibe. 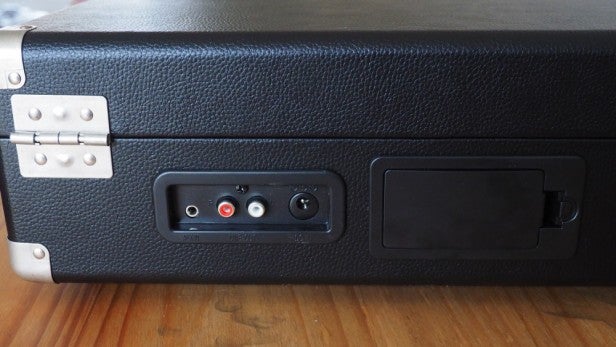 On the front (or top) of the case, either side of the carry handle, are the two small grilles for the stereo speakers, while around the opposite end are the battery compartment housing six AAs, power socket, RCA stereo phono line output and 3.5mm headphones socket.

Opening the metal clasp and opening the lid reveals a small, plastic, belt-driven platter and a cheap-looking metal-tube tonearm. The tonearm ends in a plastic headshell fitted with a cheap ceramic cartridge, and it has an arm lift. 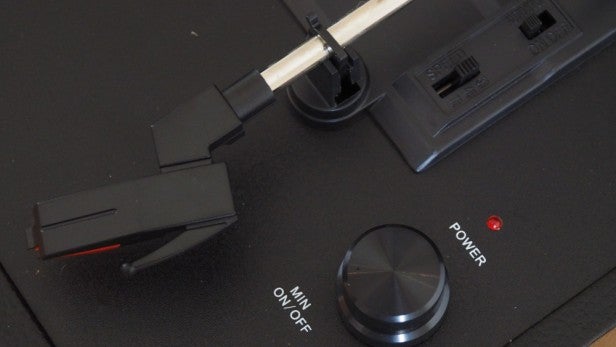 There are three controls: one switch to change between 33/45/78rpm record speeds, another switch to turn the auto-return on or off, and a volume knob that doubles as an on/off switch.

It’s a real shame that so much effort has been made to make the casing look the part, yet the hardware inside is so cheap-feeling and flimsy. 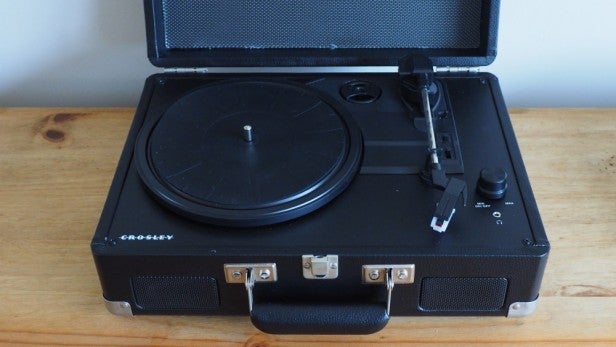 The Cruiser II’s cartridge is of the old-school, sapphire-tipped ceramic variety, which has very low compliance and requires a high tracking force to generate a decent enough signal to amplify. Unfortunately, this means they put a lot of wear on record grooves.

Sure enough, my digital gauge read 5.93g of downward force from the Cruiser II’s needle – high, but much the same as a now-discontinued Vestax Handy Trax portable I had to hand, which weighed in at 5.85g. However, the Vestax is designed only for occasional use, and you shouldn’t regularly put more than 2-3g of force on a record if you want to keep it sounding crisp and clear.

With the needle touching down on a record – nothing too precious, not with that tracking force! – the sound quality from the built-in stereo speakers was the next item to offend. The Crosley Cruiser II sounds muffled and boxed in – I’ve heard cheap Bluetooth speakers that sound better (albeit more screechy). Even the little mono speaker on the Vestax Handy Trax proved more impressive, and that’s saying something. 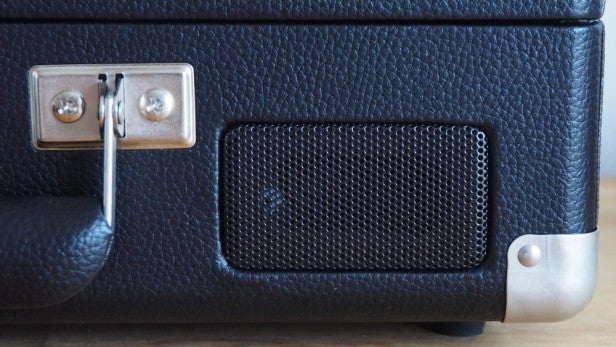 Should I buy the Crosley Cruiser II?

While Crosley should be applauded for offering such a cheap route into vinyl playback, it’s hard to recommend the Cruiser II. The ceramic cartridge will put excessive wear on your records, and the speakers sound just terrible. If Crosley had put as much effort into the electronics as it has into the authentically retro styling, it might have ramped up the price – but it would have been worth it.

If you have any real love for music, budget more for a record-playing system that will do justice to your vinyl.

An enticing-looking portable turntable that sounds too awful to recommend.