It’s fair to say that the S120 carries on the S series tradition of being some of the best-designed compacts on the market.

It combines a functional control system and layout with a simple and unassuming body, with everything placed in a logical position to make the camera a pleasure to use. 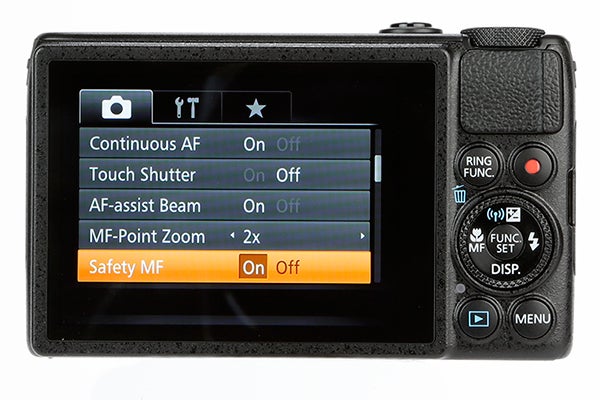 The rear of the camera hosts the bulk of the camera’s controls, with a series of large buttons complimenting the large touchscreen and rotary d-pad bezel, which itself offers a pleasing amount of resistance so that it’s rarely knocked accidentally in use.

It’s also worth noting on the standard of the camera’s build quality. The body is constructed from a solid magnesium alloy and aluminium frame with a matte finish, meaning that even though the camera is lacking any kind of pronounced handgrip it still offers a secure hold.

The only real criticisms are that it’s only available in black, while it’s also lacking in any kind of optical viewfinder, but on the whole the S120 feels like a ‘proper’ camera that’s sure to impress any enthusiast photographers. 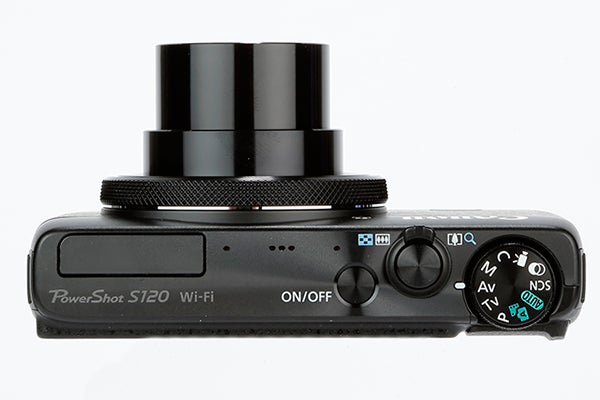 As we have come to expect of the Canon PowerShot S series, the S120 generally delivers an impressive level of performance in keeping with its positioning as an advanced compact.

The only real area of the camera’s performance that is somewhat disappointing is the camera’s battery life. A camera that packs in as much imaging and sharing technology is always going to put a strain on battery life, and yet the S120 doesn’t pack in a particularly large power pack.

Canon claims that the S120 is capable of around 230 shots per charge, although during testing the battery level indicator was down to a single bar after just 120 shots, before running out completely around 50 shots later.

Although you’ll be able to pick up a secondary spare battery fairly readily and at no great cost, it’s worth bearing in mind should you go for the S120. 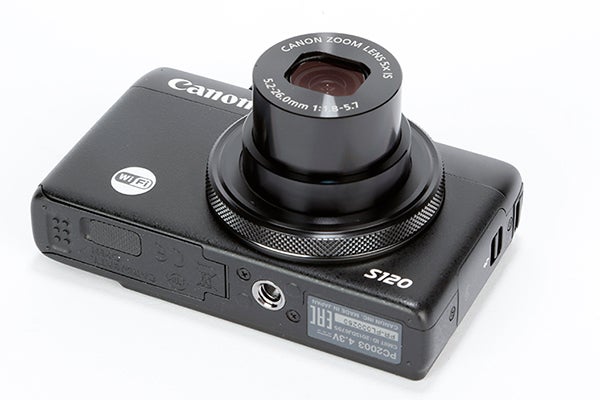 Everywhere else, however, the S120 delivers good headline figures. It goes from off to powered up in under two seconds, while when up and shooting the camera moves between shots in just over a second.