Advanced compacts were once mostly large and bulky and, while offering improved level of image quality upon standard compacts, weren’t particularly easy on the eye. Recent technological advancements have, however, allowed for such models to be shrunk down to a more pocketable and portable size, and as a result are also a lot more attractive. The Canon PowerShot S120 is one such model. The series is now several generations old and with each new model Canon manages to improve on the predecessor in terms of looks and functionality. The key question is whether the upgrades are significant enough to warrant the outlay. 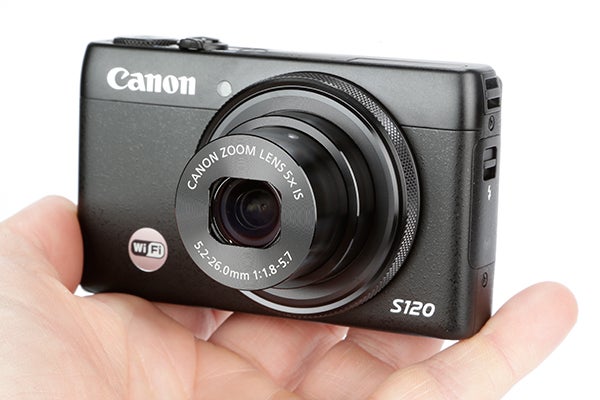 Although the Canon S-series of advanced compacts is several years old, with the first model debuting way back in 1999, it’s only the recent models that have really excelled and so fully met the advanced pocketable compact brief. The S120 further cements this position, sharing much of its core specification with the larger Canon PowerShot G16.

The main similarity between the S120 and its much bigger brother is the model’s sensor. The S120 features the same 12.1MP, 1/1.7-inch back-illuminated senor, and as such is much better specified in this area than some competing compacts.

On the rear of the camera sits a monitor with the same 3-inch, 922k-dot resolution as the Canon G16, although that on the S120 benefits from the addition of capacitive touch-screen technology.

Finally, the S120 also benefits from the same, DIGIC 6 iSAPS processor as the G16, thus promising improved image processing times on its predecessor – the S110. 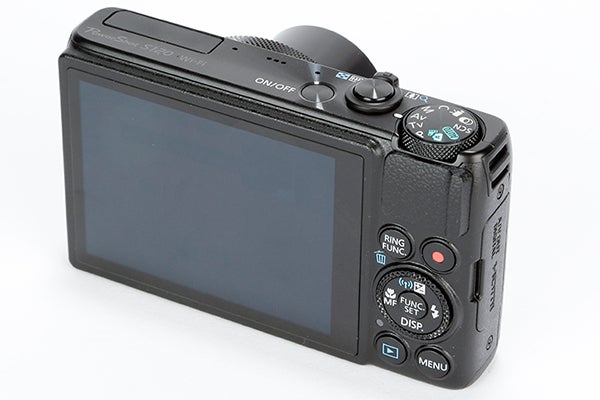 Much like its predecessor, the S120 also features Wi-Fi connectivity. Through the use of a free app on either Android or iOS devices, users can wireless share and download images, as well as tag their images with location data. Unfortunately, the S120 doesn’t allow for remote control of the camera unlike some competing models complete with Wi-Fi functionality.

The S120 does see an enhancement in terms of video capture capabilities in comparison to the S110. It now supports full HD video capture at 1080p and at a frame rate of 60fps, a combination which should increase clarity and afford smoother motion capture. 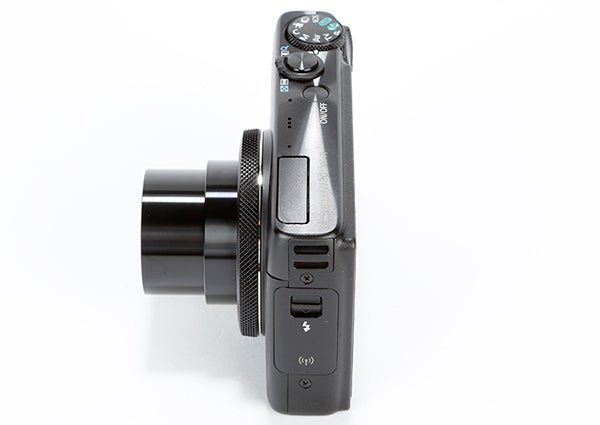 In terms of capture modes, as you would expect for an advanced compact camera the S120 offers full manual image capture. These manual shooting modes are complemented with Canon’s ‘Smart Auto’ setting that selects from around 58 different scene modes to find the right combination for the desired scene.

Another welcome feature is no doubt the Raw image capture provided by the Canon S120, and on the whole the specification of the S120 is certainly enough to keep advanced shooters happy.