Canon has spent many years refining the design of its enthusiast series of DSLRs and we seem to have reached a point where each new model looks very similar to the last. In the case of the 80D, it shares a close resemblance to the 70D. The only significant change at the rear of the body is an enlarged thumb rest that adorns the same rubberised grip as the front of the camera. Directly above the thumb rest, users have the option to take advantage of an AF-ON button – a feature exclusive to Canon’s more advanced DSLRs. This can be used to separate AF activation from the shutter release, and perform back-button focusing. 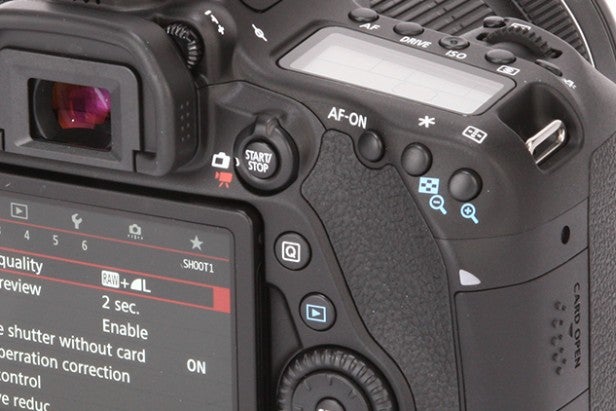 To keep things uniform at the rear, the playback and quick menu buttons are now circular to match the menu, info and zoom buttons. Meanwhile, a glance above the on/off switch reveals you can now take control of creative filters and access a second custom setting (C2) direct from the mode dial. The LCD on the top-plate is also larger than that on the EOS 760D, meaning there’s more space to glance at what metering and drive mode you have the camera set to.

Videographers will be pleased to read that Canon has carefully considered the placement of the microphone and headphone inputs to ensure the screen can be fully articulated when audio components are plugged in. The same can be said for the cable-release input, which is located just beneath. Photographers and videographers looking at the 80D as a possible upgrade option from the 70D will also appreciate that it’s fully compatible with the Canon BG-E14 battery grip (£134). 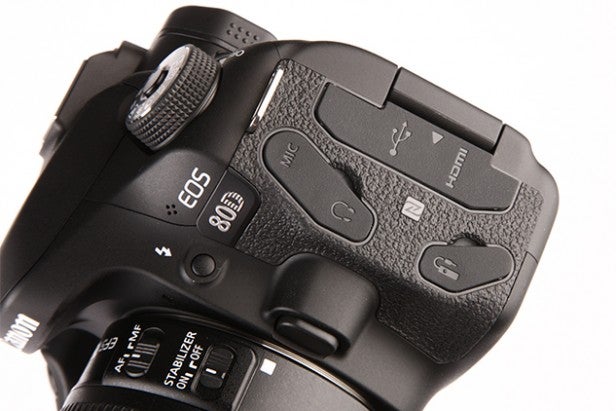 The body is constructed from aluminium and polycarbonate resin with glass and conductive fibre. In the hand, it feels well built and reassuringly solid. However, Canon admits it’s not constructed to the same weather-resistant standard as the EOS 7D Mark II. During my testing I was caught out in a few light rain showers, but these caused no issues with performance or operation, and I was surprised at just how well the touchscreen responded to wet fingers and water droplets across its surface.

One of my criticisms regarding the design of the 80D is Canon’s decision not to include a dual card slot – an extremely useful storage feature for both back-up as well as overflow, should you reach a card’s capacity. Those who feel this is a must-have feature will want to look at the 7D Mark II, which, at the time of writing this review, works out at only £79 more expensive than the 80D, with Canon’s £100 spring cashback promotion (available until 18 June) taken into consideration. 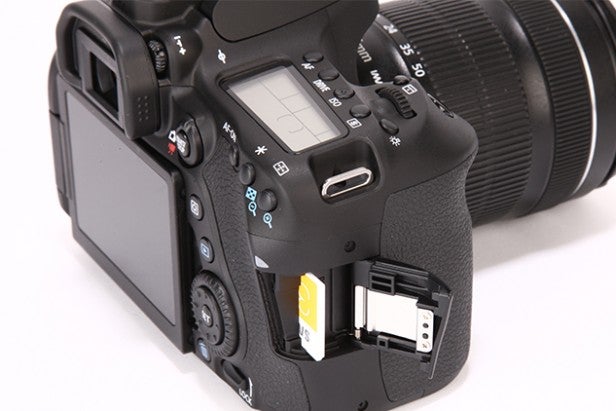 As mentioned earlier, the notable improvement on the 80D is the introduction of continuous autofocus (AI Servo) in live view. This is the first time we’ve seen the feature on a dual-pixel AF camera. To get an idea of how well it works, I tested it outdoors where I had the opportunity to continuously focus on subjects moving at slow and high speeds. Activating live view, and using the AF button on the top-plate, presents the option of selecting the AF method via the command dial on the top-plate and the AF mode with the scroll dial at the rear. After setting the AF method to FlexiZone Single AF, and the AF mode to Servo AF, I utilised the touchscreen to select my subject in the frame and kept the shutter half-depressed while panning. The 80D was quick at keeping up with ducks as they moved closer and farther away from the lens, and I found I was able to shoot a greater number of sharp shots in quick succession than was possible using one-shot AF. 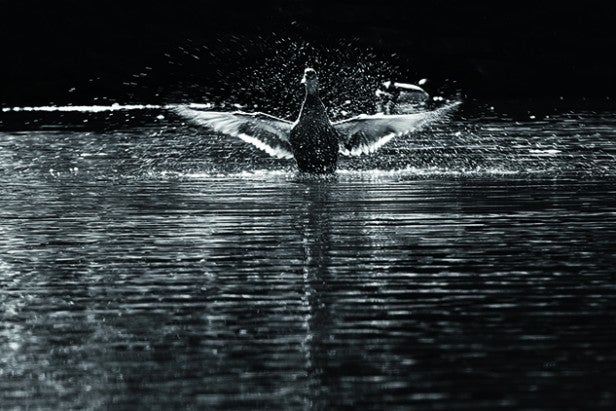 To photograph a moving car, I switched the AF method to FlexiZone-Multi and pinpointed the subject centrally in the frame. Again, the 80D had no difficulty continuously focusing in live view as I panned and tracked the vehicle side-on. However, attempting to continuously focus on a group of fast cyclists heading directly towards the camera proved much more of a challenge for the camera, and resulted in a few out-of-focus frames. The only other time the camera struggled to find focus accurately with live view and servo deployed was when it was asked to focus in extremely low-light environments.

Out of live view, the autofocus is snappy and responsive. It should be noted that the 45 AF points do gather towards the centre of the frame, but the wide working range of the autofocus system (-3EV-18EV) sees the camera make light work of focusing when the light levels drop. It’s noticeably more accurate in demanding lighting conditions compared to the 70D, which could only focus down to a conservative -0.5EV. 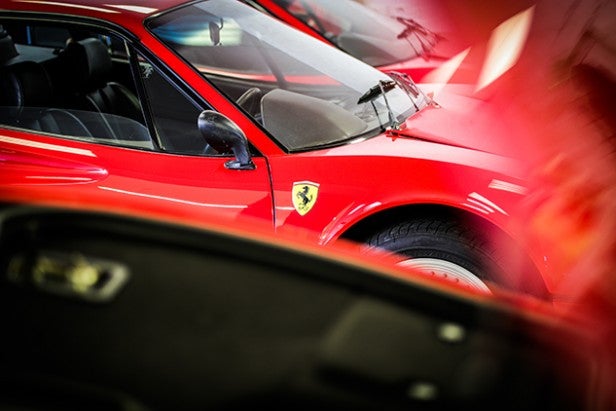 In addition to the improvements to autofocus, the 80D boasts a higher buffer depth, meaning it can now record 110 JPEGs, or 25 raw files, at up to 7fps. Those who shoot sports, action and wildlife are most likely to take advantage of this improvement. This is quite a step up from the 70D, which only used to manage 65 JPEGs or 16 raw files before its buffer required time to refresh.

Something I noticed while rattling out a continuous burst with the camera set to its silent mode is that although slap of the shutter mechanism is dampened, it’s not completely silent. Calling it a ‘quiet’ shutter mode, instead of ‘silent’, would be more accurate.

Canon’s menu systems are extremely intuitive and the 80D’s is no exception. The company is the pioneer of touchscreen control on DSLRs and the way the 80D’s responds to light touches makes navigating its settings a breeze. Creative filters are available for those who’d like to experiment with the look of their images. Users can preview creative filters in Live View mode, however, it’s not possible to record an uncompressed raw file at the same time. 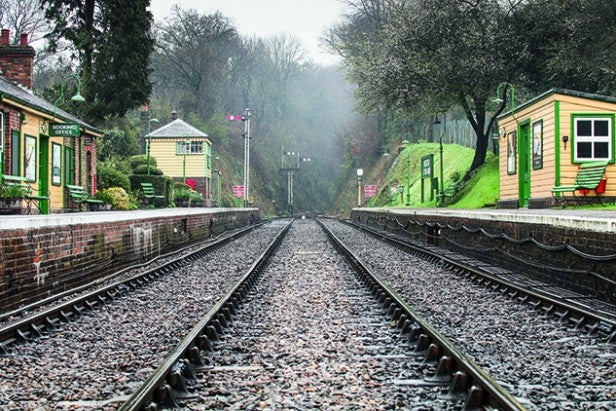 The viewfinder is the best we’ve seen on a double-digit Canon DSLR. It’s great to know that what you see is exactly what the sensor records, thanks to its 100% field of view. I glanced at the electronic level overlay in the bottom corner on many occasions and found it particularly useful when shooting landscapes outdoors on a tripod.

In other areas, the metering system performed well, producing bright and accurate exposures that required little more than -0.3EV exposure compensation. Battery life was excellent, too, with just under 1,000 shots captured from a single charge. Overall, I got the feeling the 80D is a polished and strong performing DSLR.