Aimed squarely at those who would like a DSLR, but are on a super-strict budget, the 4000D is the most basic DSLR in Canon’s EOS line-up. As it stands, you can pick up the older 1300D at a cheaper price, but whether Canon will keep that in the line-up too much longer remains to be seen. After a while on the market, the price of the 4000D may also dip below the 1300D.

It features all the basic specifications you’d expect from a DSLR (large APS-C sensor, optical viewfinder, manual control and so on), but makes a number of compromises to keep the camera as cheap as possible – including a low-grade screen, plastic lens mount, and a lack of features which are usually pretty commonplace on other models (such as touch-functionality, 4K video recording and even a dedicated on/off switch). 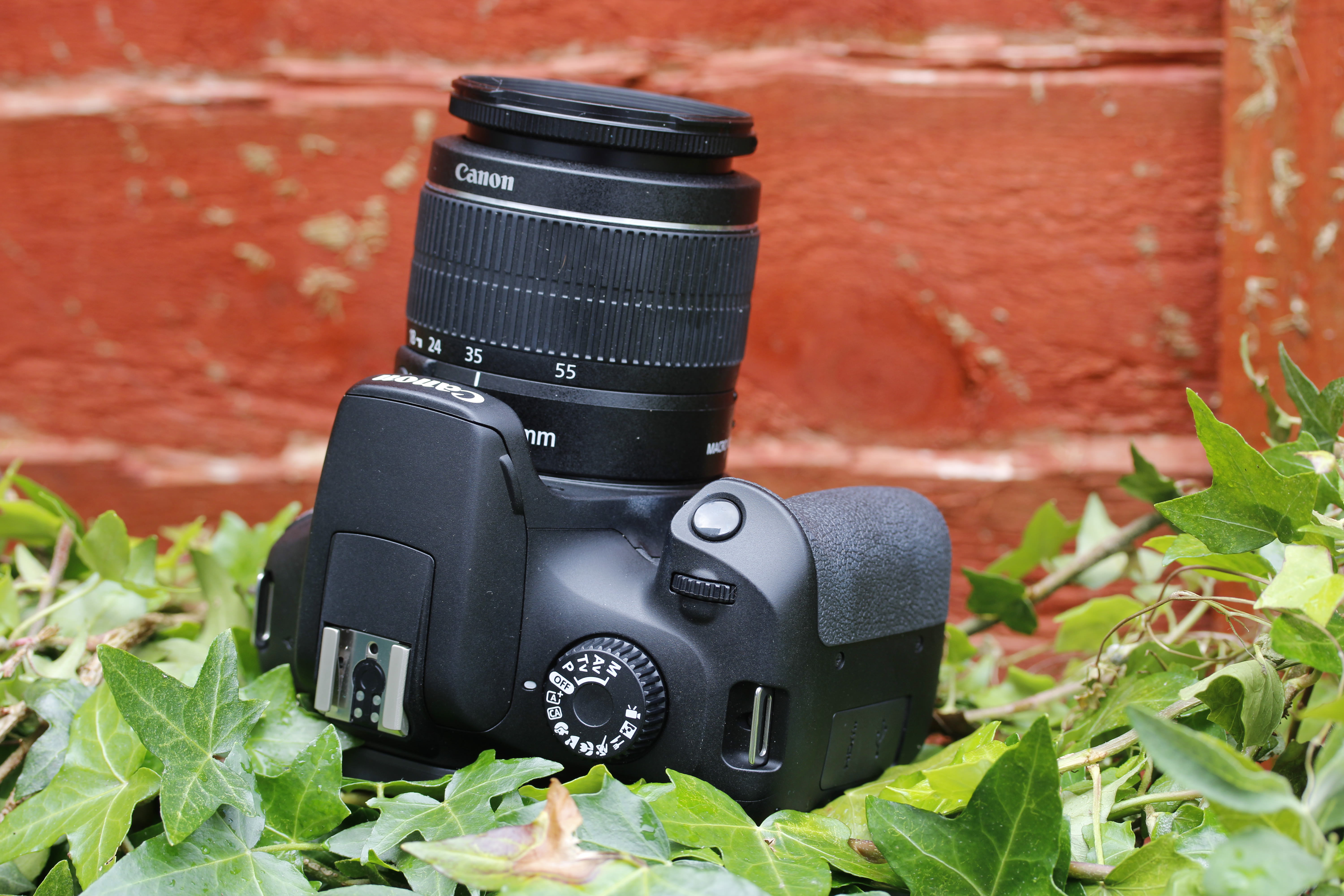 The 4000D is designed to hook in those first-time buyers who don’t have a lot of cash to splash but are still keen to explore the world of DSLR photography. As such, the design and features are about as basic you can get.

For starters, the build quality of the 4000D is very definitely on the budget side. One of the more obvious ways that build quality has been kept cheap is with the dials and buttons – particularly the mode dial. While you’ll normally find an on/off switch surrounding most Canon DSLR mode dials, there’s no such feature here, instead you have the rather arduous task of rotating the mode dial from the “off” position into whichever shooting mode you want to use. Having to select your shooting mode every time you want to use the camera is a little tiresome, and can also result in choosing the wrong shooting mode when rotating the dial a little too quickly. Still, every little helps when it comes to cutting costs.

All of the buttons on the rear of the camera are mostly familiar to Canon users, but instead of having their functions directly printed onto the button itself, labels are printed onto the body of the camera instead. This presumably means that Canon can insert generic buttons here, again keeping the cost to a minimum. The buttons are laid out sensibly as a whole, giving you direct access to certain functions, such as ISO, drive mode, white balance and so on. Pop the 4000D’s kit lens off and you’ll notice that the lens mount is plastic – again it’s a cost saving exercise, one which is unlikely to affect you on a day to day basis, but is likely to be less durable than a metal equivalent in the long run (how often you’ll be changing the lens of a 4000D is up for debate, but it’s likely Canon expects you to stick with the kit lens for the majority of your shots.)

Canon launched the 4000D at the same time as the 2000D, putting aside all build-quality elements, the main point of difference is the sensor. The 2000D uses a higher-resolution 24.1 megapixel device, while the 4000D sticks with an 18-megapixel sensor, such as that found in the 1300D. 18 megapixels is more than enough for most uses, however, so don’t get too hung up on that. 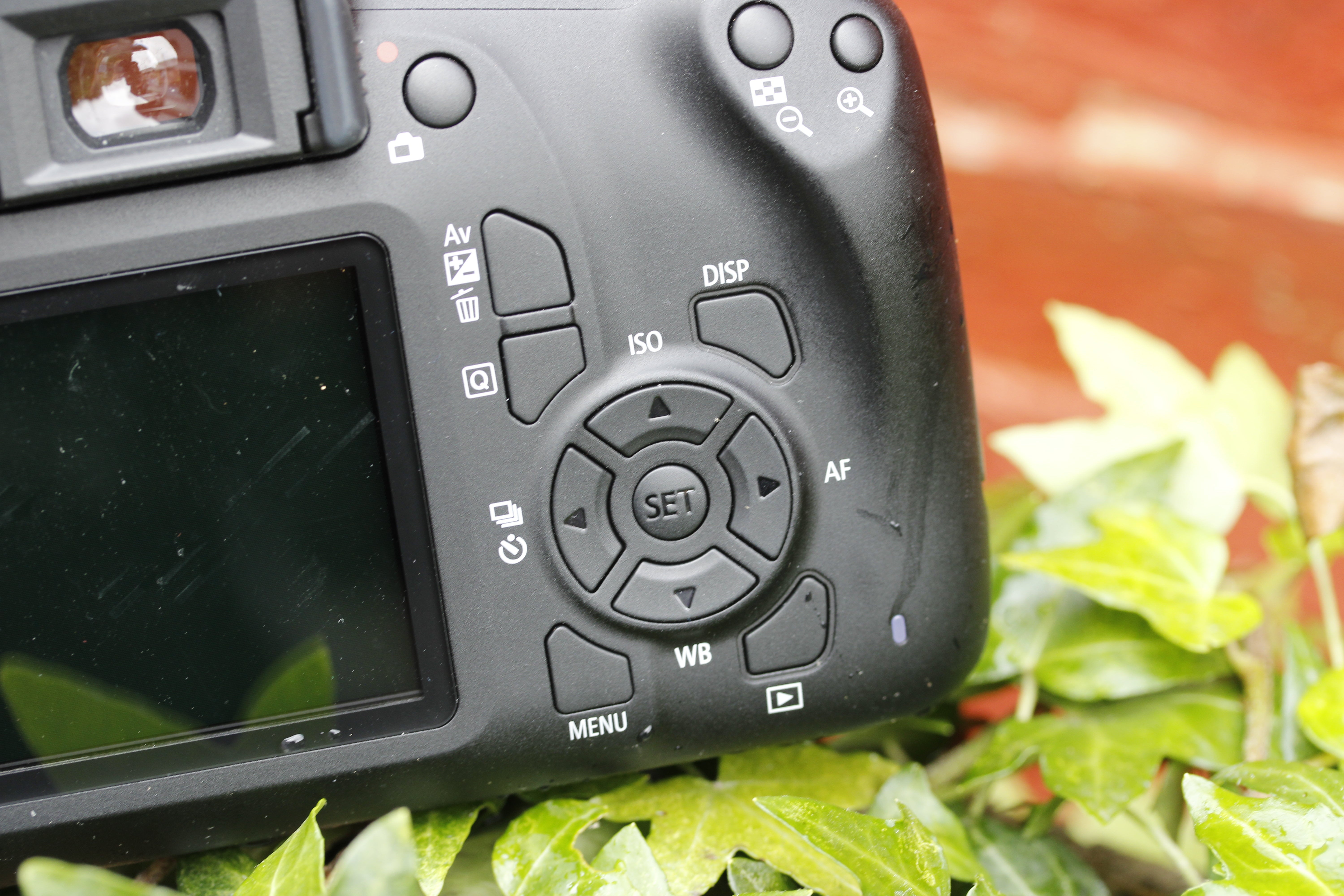 Like the 2000D, the 4000D uses a Digic 4+ processor. This is a few generations old now – no surprises to see it being used on Canon’s entriest of entry-level models – but it does everything you expect and need from a basic DSLR. In other words, don’t expect super-fast frame rates or lightning quick operation speeds, and you’re golden. Another similarity with the 2000D is the same 9-point AF system. Again, this is one of Canon’s older AF systems which gets the job done, but doesn’t exactly sparkle compared to newer systems, including Canon’s own excellent dual-pixel CMOS AF.

The screen appears to be where Canon has made the biggest cost-savings, with a smaller than average 2.7-inch device which boasts a mere 230,000-dots.

A screen with this kind of specification looks pretty poor in modern terms, and in fact it can be difficult to know whether or not your photos are any good just from looking at it. Use it to know whether you’ve managed to hit the shutter button, but don’t expect to discover how sharp your critical focus is. Obviously you’re not going to get touch-sensitivity, or any kind of movement with a screen like this, with cost the main priority here. 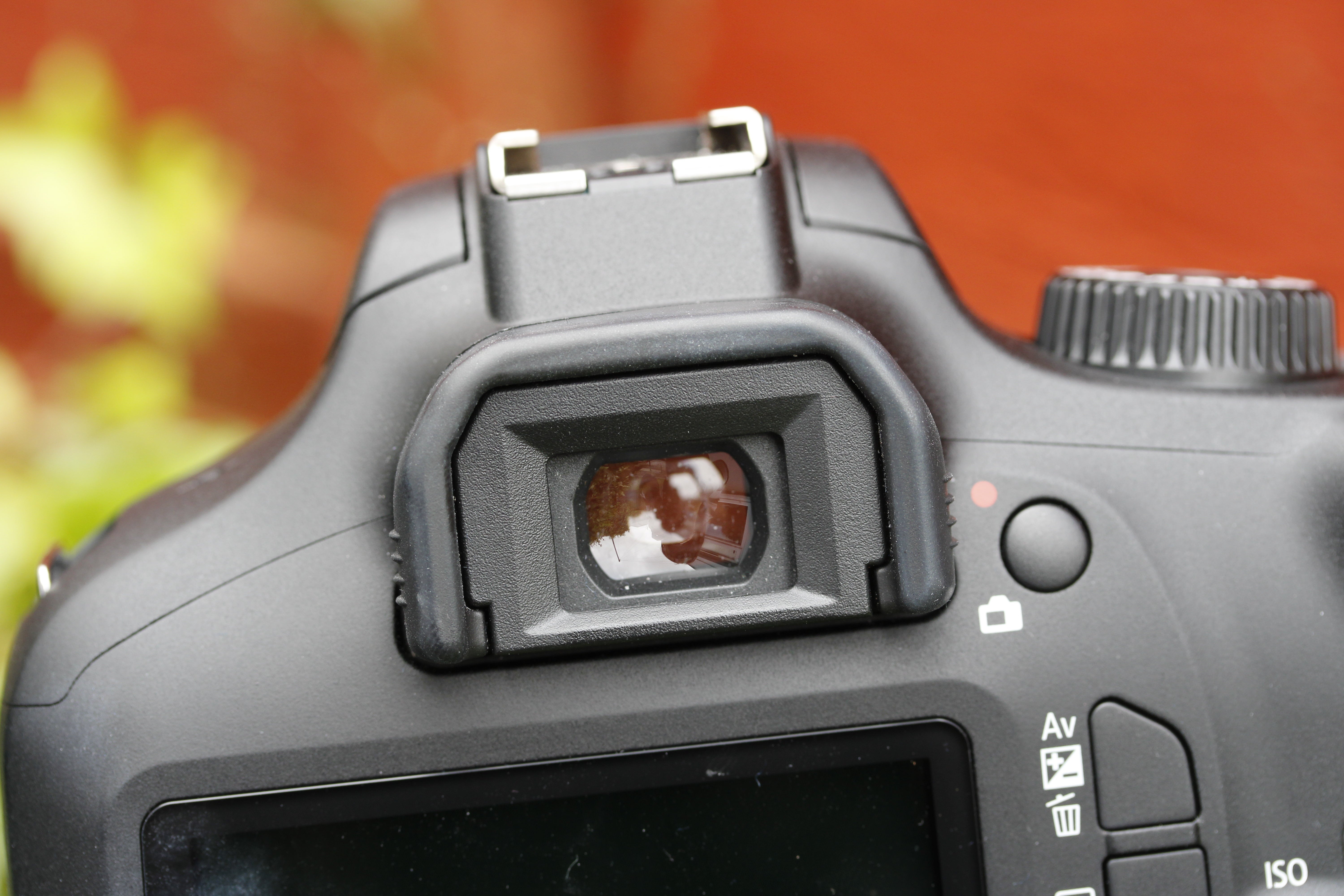 As this is a DSLR, the viewfinder is optical. While you’ll still find plenty of optical viewfinder die-hards, this particular one offers just 95% coverage of the frame. In real terms, this might mean something peeps into the edges of your frame without you realising. It’s worth keeping an eye on, but it’s not a deal breaker. Generally, we’d take a high-performing electronic viewfinder over this one any day of the week – but that costs money.

Canon’s 9-point AF system is starting to show its age now, but if this is your very first DSLR then it’s enough to get you started with. All of the AF points are clustered around the centre of the frame, so be prepared to focus and recompose if your subject is lying on the perimeters.

Only the central of the 9-points is the more sensitive cross-type, so you’ll likely find that this is the one that comes into play most often, especially if you’re shooting in lower light conditions. The other focus points do a good enough job of locking onto subjects in good lighting conditions, though.

Live View is an option with the 4000D, but owing to the poor screen and very slow focusing, it’s not something we’d recommend for the majority of your shots. It can be helpful when photographing from a tripod, for macro and/or landscape type subjects, but on the whole you’re going to want to stick with shooting through the viewfinder. 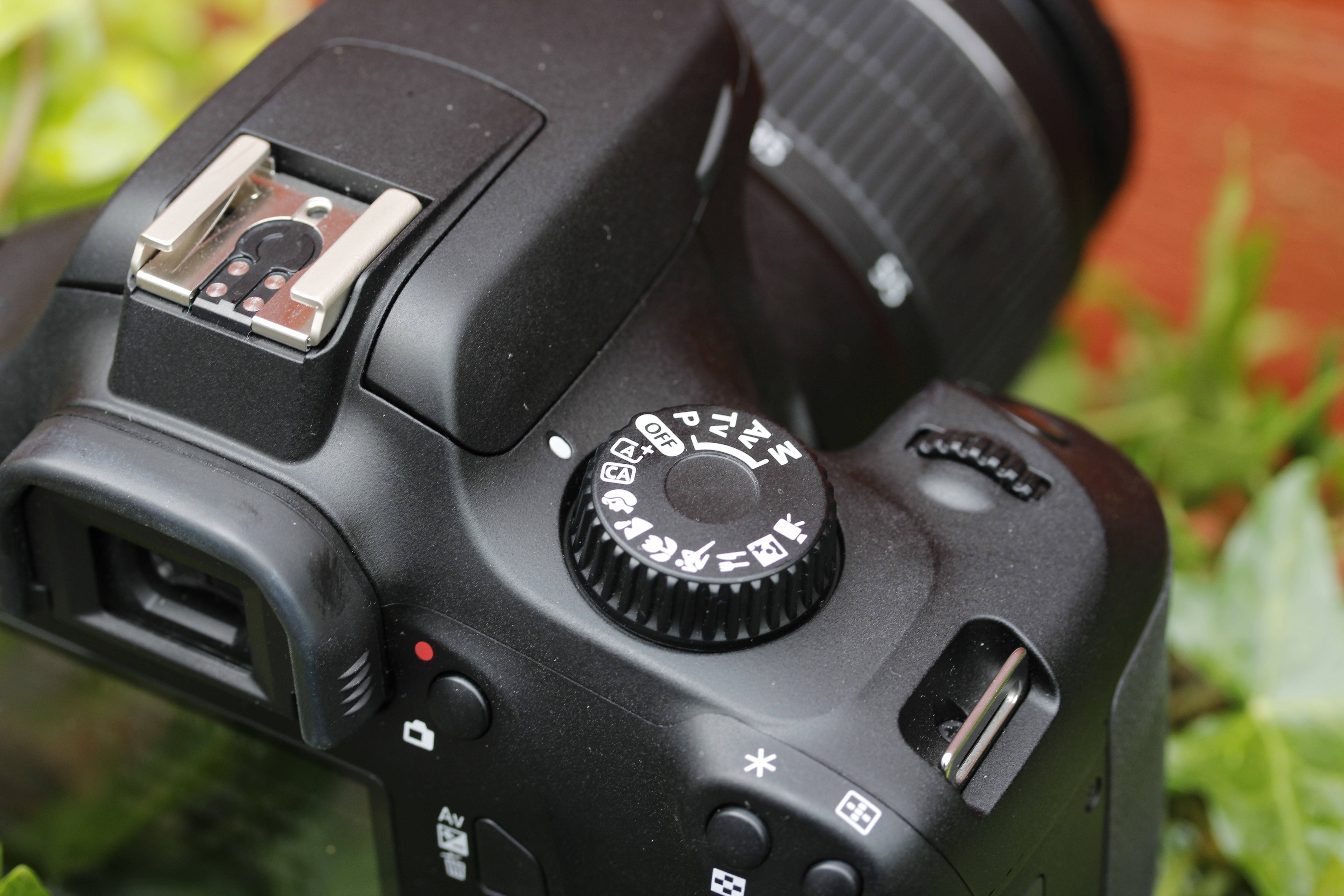 The 4000D is not the camera for you if you like to shoot sports, action or wildlife. Offering just 3fps, don’t be surprised if you miss key moments in an action sequence – if you can, stick to static subjects for best results.

Both the 4000D and the 2000D share the same battery, which gives you a quoted life of 500 shots. That should be more than enough to last you a full day, and beats the majority of entry-level compact system cameras. Still, it doesn’t come particularly close to the Nikon D3400’s 1200-shot battery life, something to consider if you’re a super-snapper.

While corners may have been cut somewhat in the build quality of the 4000D, at its heart is a sensor which is more than capable of producing pleasing images – the most important thing for anybody new to DSLR photography. Here are some shots which show exactly what this camera is capable of. Full HD video is available, which is suitable for those looking to record home movies and so on, but it’s unlikely to be an appealing body for videographers. As ever, colours direct from a Canon sensor are warm, vibrant and display a good level of pop. 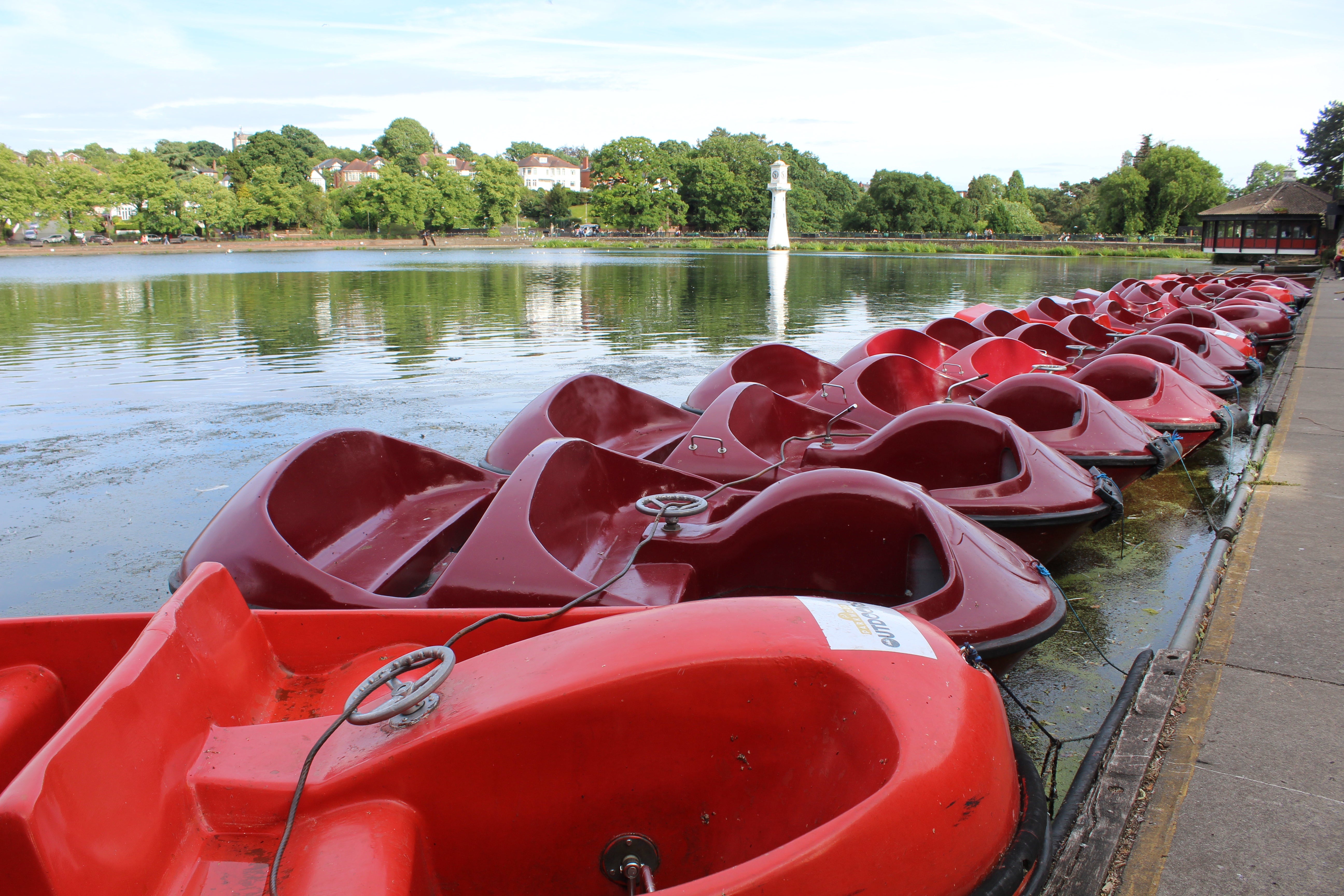 Despite the 4000D using an older sensor, dynamic range is still pretty good. 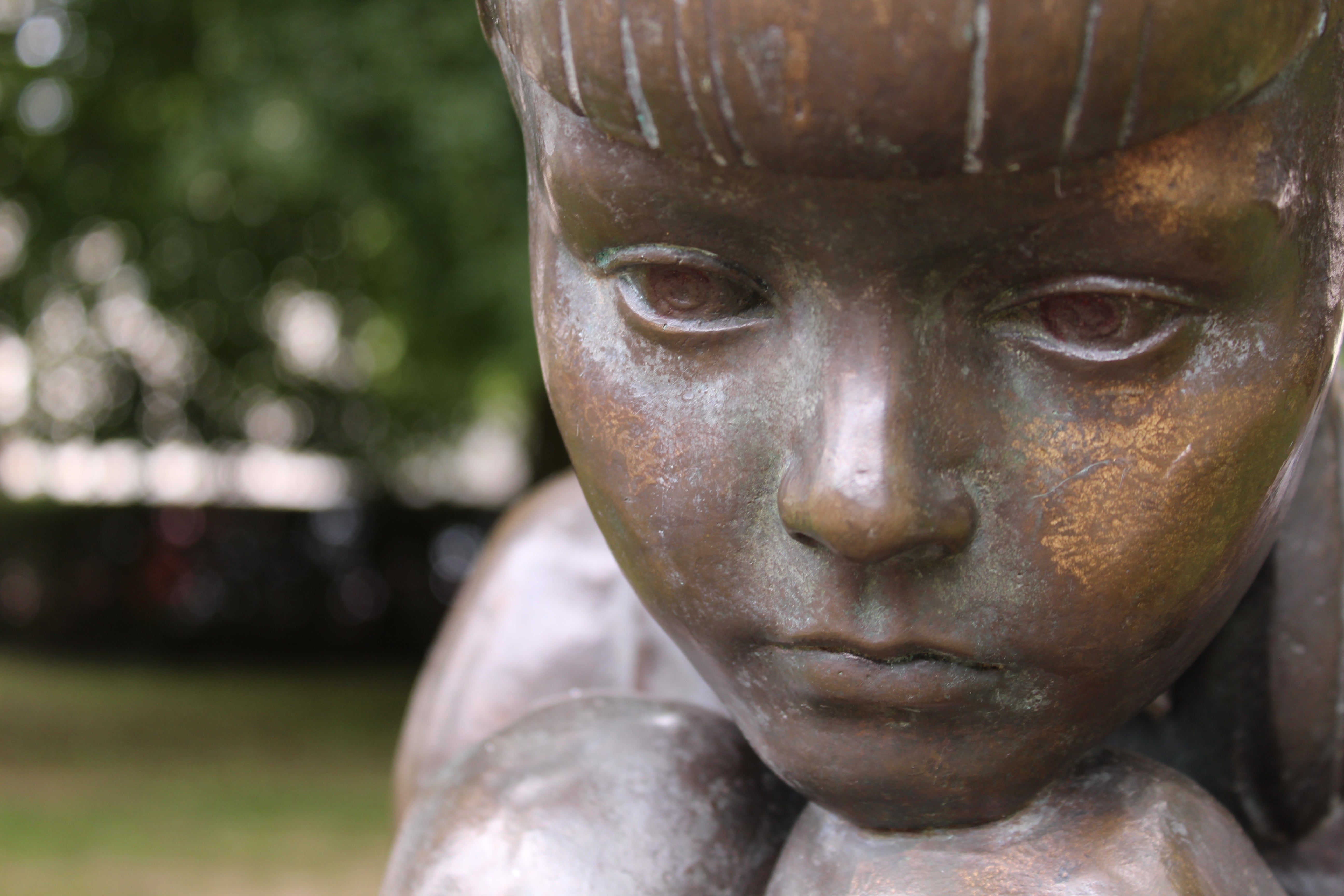 Although one of the cheapest DSLRs you can buy, the 4000D is a marked upgrade from using your smartphone. Even shooting with the kit lens results in pleasing shallow depth of field effects. 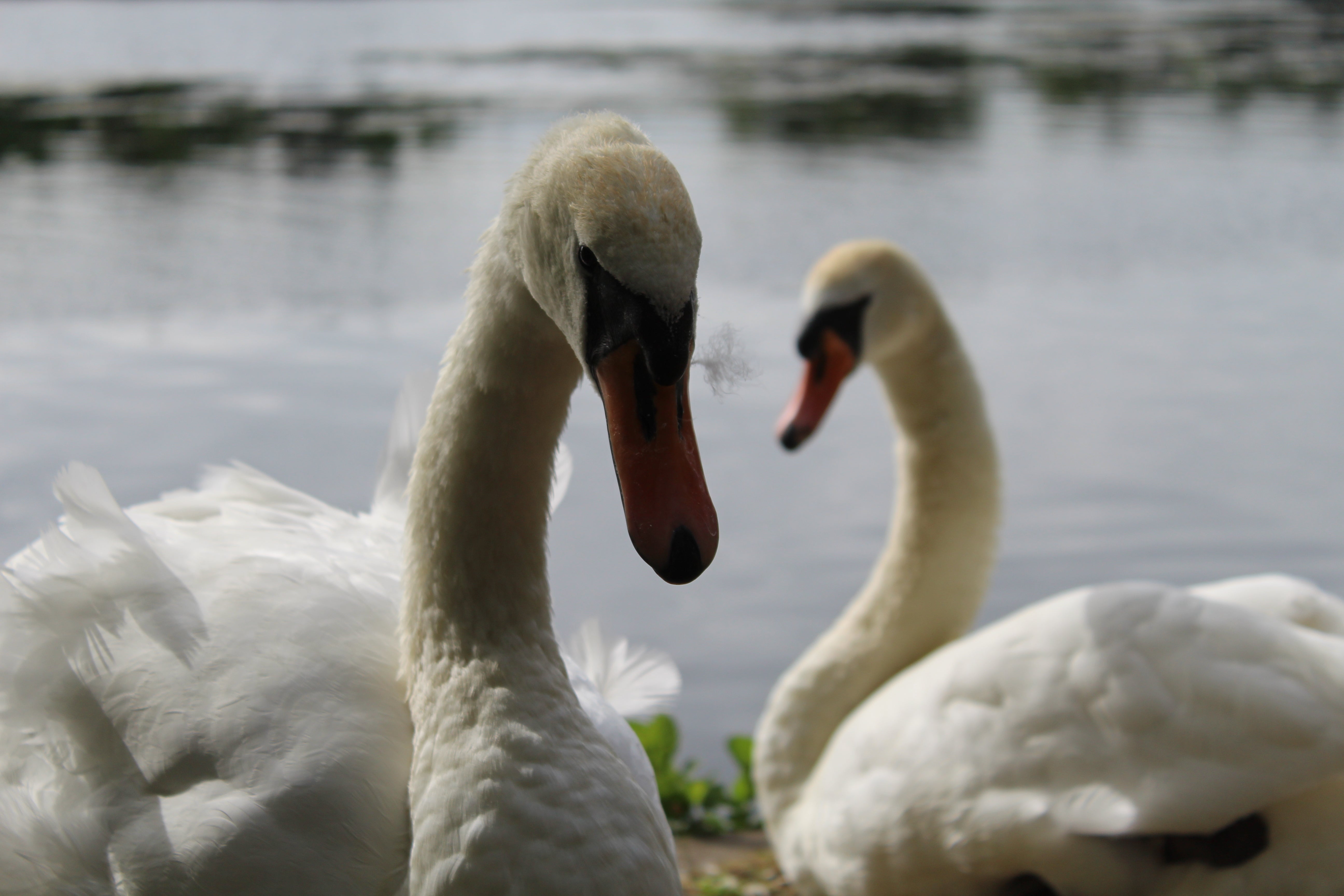 The 4000D’s 18 megapixel sensor is capable of resolving a good amount of detail. 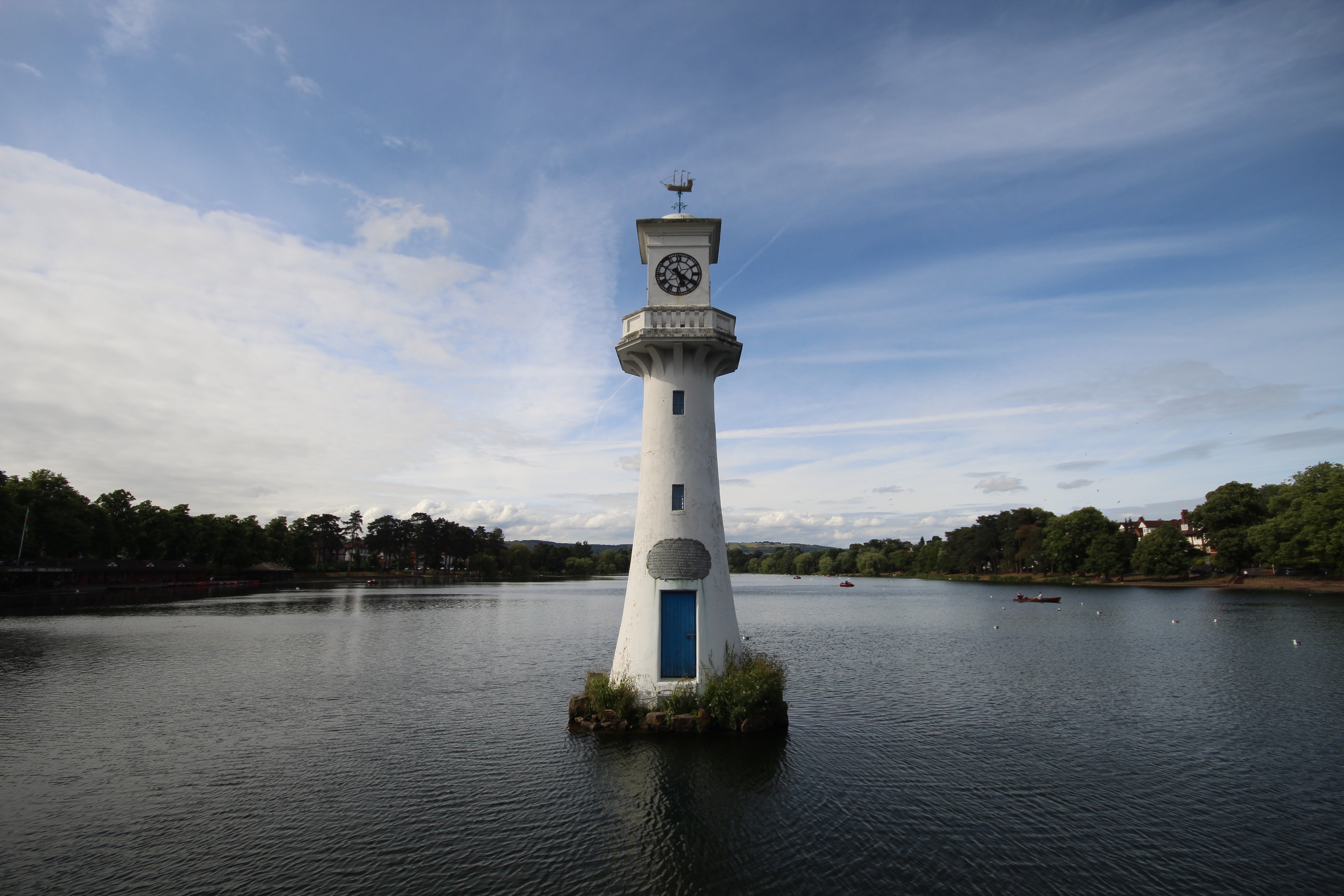 The 4000D’s lens mount way well be plastic, but it is compatible with a huge number of different lenses, both proprietary and third-party. This image was taken with a Sigma 10-14mm f/4-5.6 lens. 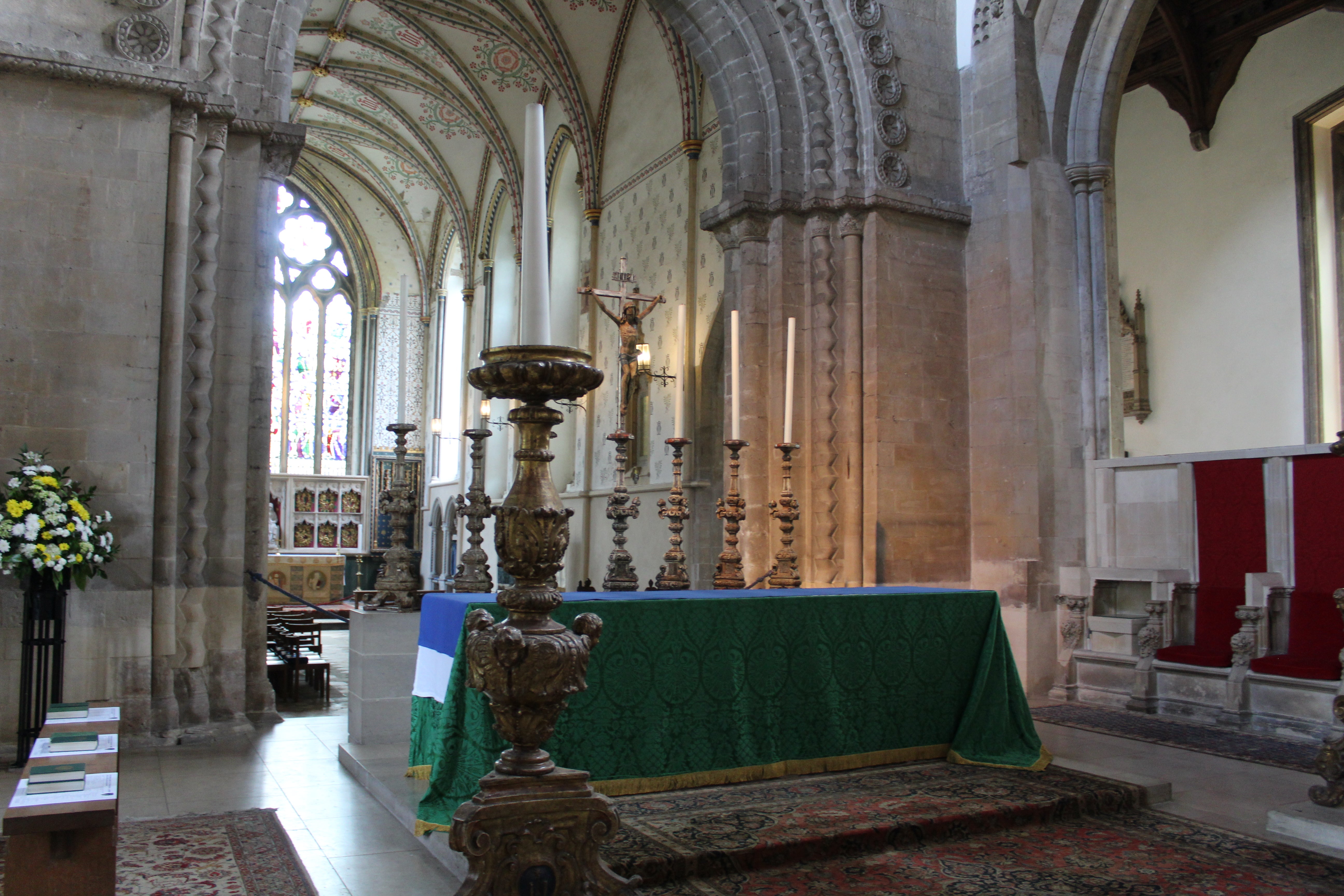 The 4000D’s bundled kit lens doesn’t feature image stabilisation – you’ll see if you examine this image closely that it’s not perfectly sharp in all areas of the image. You’ll need to use higher ISO settings in low-light scenarios to compensate for this issue (or invest in a more expensive image stabilised lens). 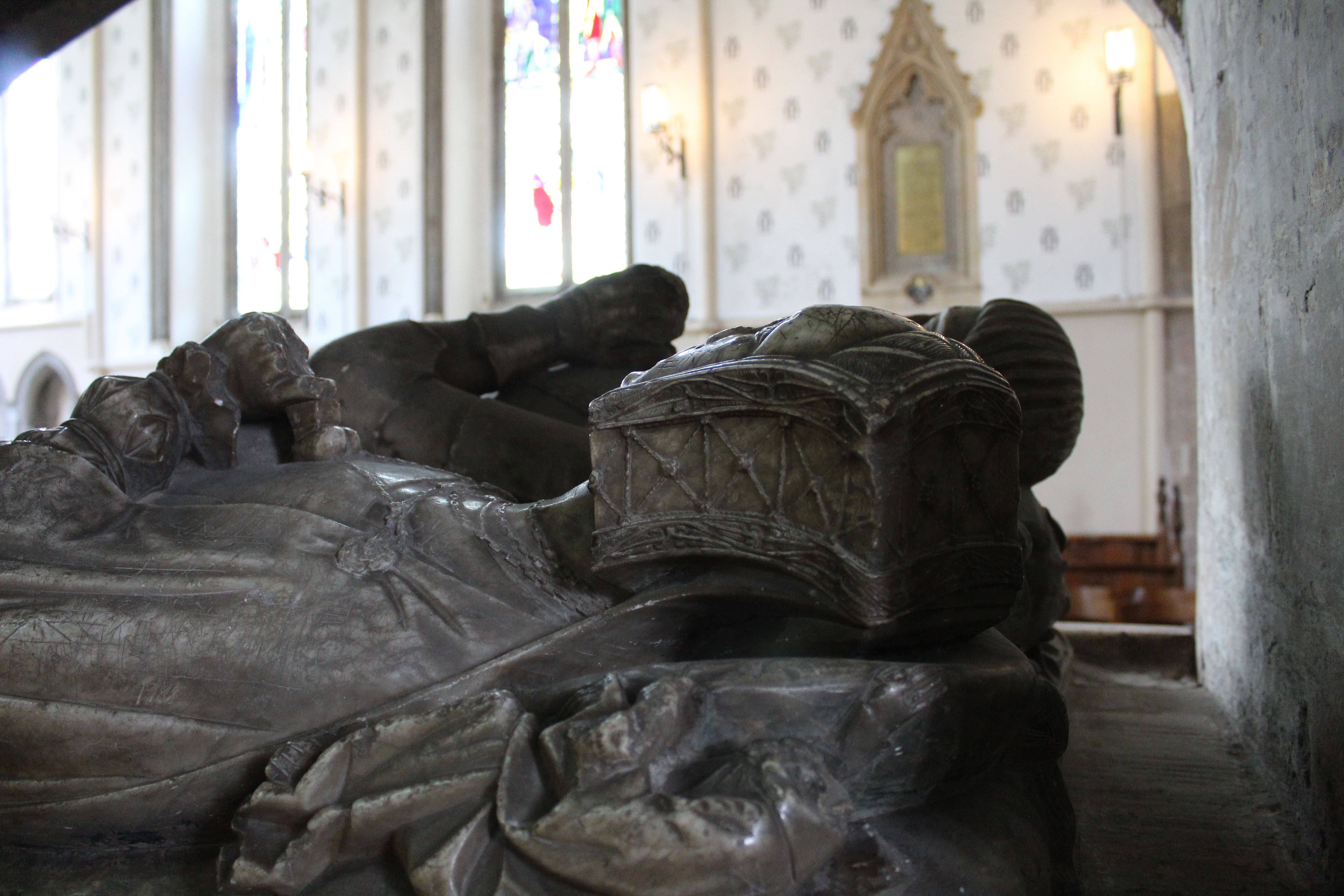 Although a little smudgy in some areas, this image taken at a high ISO (ISO 2000) has done well to keep noise at bay. 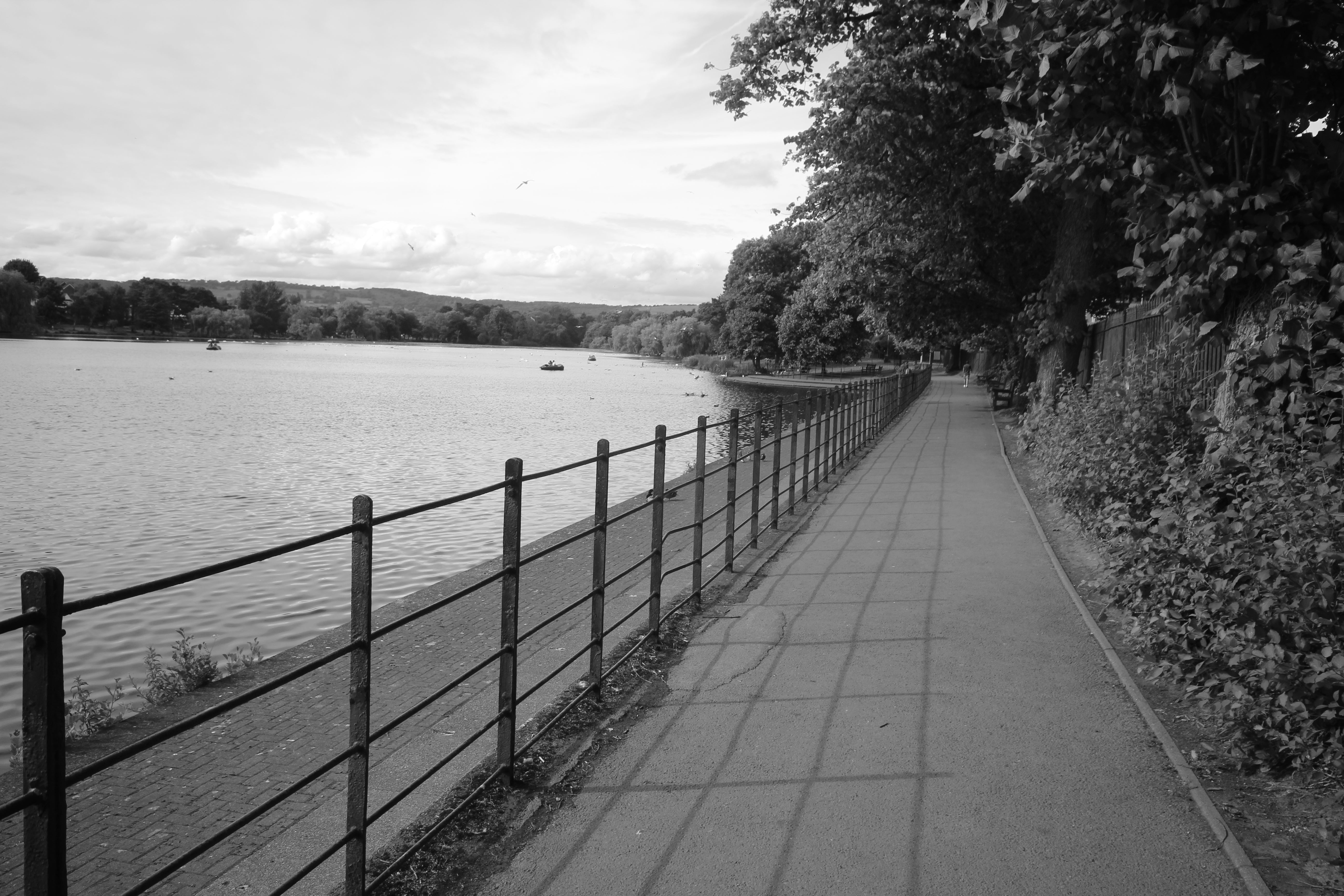 You can shoot black and white images in-camera by selecting the Monochrome “Picture Styles” setting. 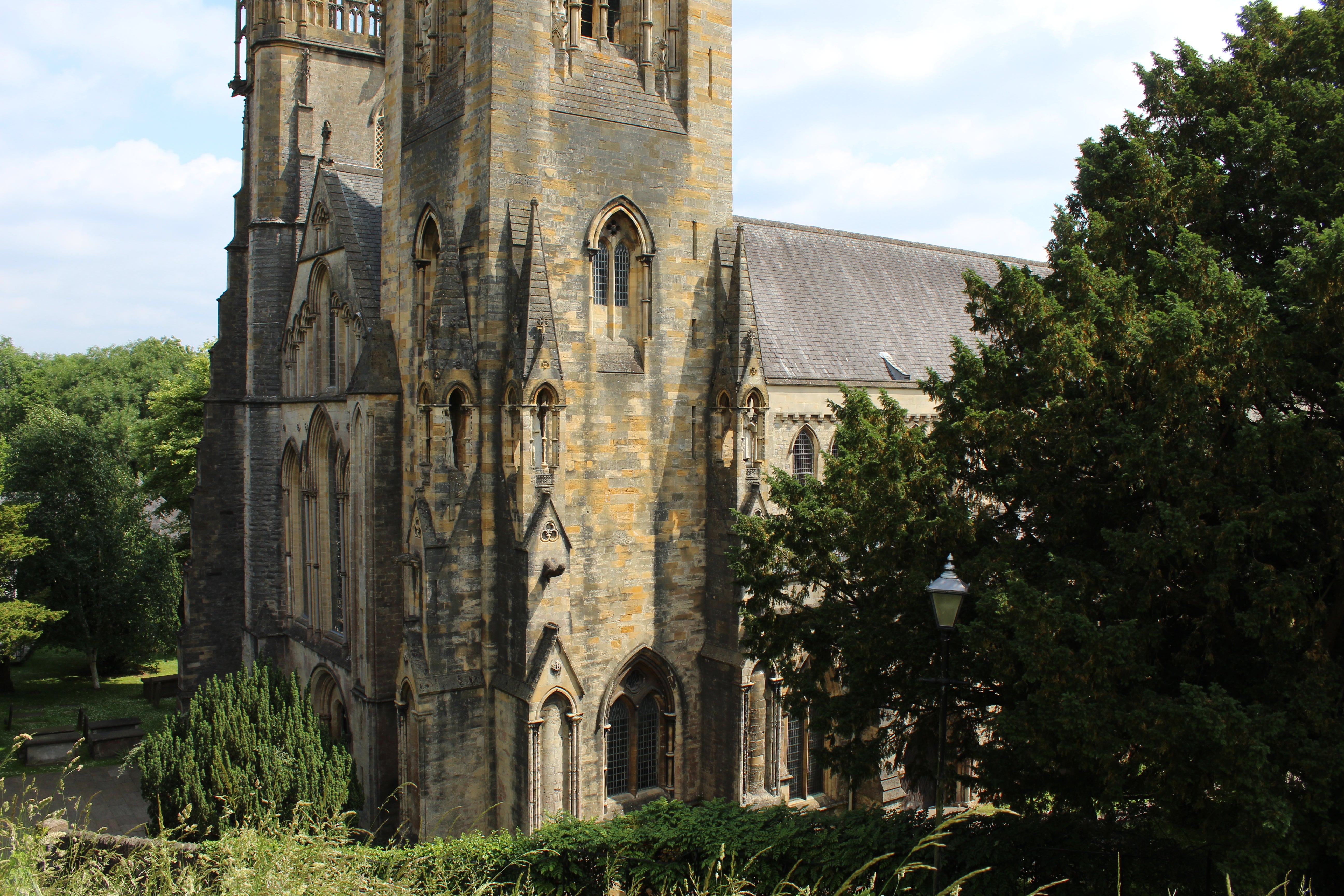 In good light, the 4000D focuses fairly quickly and easily. But if this dog were to suddenly shoot off, you’d have far less chance of getting a sharp shot.

There really is only one real reason to buy the 4000D – budget. It’s hard to recommend the 4000D over other entry-level cameras, aside from the fact that it’s available for a cheap price, getting you a camera and a lens for less than £370.

However, at the time of writing, you can still buy the older 1300D for an even cheaper price. Considering the 1300D is better than the 4000D in pretty much every way, you’d be far better off buying that if your budget is tight. Don’t assume that because the 4000D is newer, you’ll be better off getting that. If by the time you’re reading this, the 1300D has come off the market, and the 4000D has gone down in price, it could make sense if you’re on a super tight budget but want a Canon DSLR. If you can possibly save up a little more money and invest in the 2000D, or better yet, the 200D or 800D, you’ll probably find your money is better spent. You may also want to consider investing the same kind of money into something second hand.

Our recommended choice for first-time DSLR buyers remains the Nikon D3400, while if you’re happy to also consider compact system cameras, then there’s plenty of options out there which offer more than the 4000D, too.

Canon has come up with something super cheap to satisfy those on a budget, but right now you can still pick up cheaper (and better) older models.

Although Nikon’s D3400 has been around for a little while, for those looking for their first DSLR it remains the one to beat. For your money you get a 24.2 megapixel APS-C sensor, a handy guide mode perfect for beginners, 5fps continuous shooting, bluetooth connectivity and excellent battery life.