A great record player, a brilliant hi-res wireless source and a genuine world-first

“The two things that really drew me to vinyl were the expense and the inconvenience.” As any self-identified audiophile must admit, the New Yorker’s cartoon of May 2015 nailed it.

There’s certainly no disputing how expensive a sincere vinyl habit can be (both in terms of the cost of the records themselves and a worthwhile system to hear them on), but it can be fiddly and inconvenient  too. The New Yorker failed to mention how an expensive, inconvenient vinyl system will wipe the floor, in audio terms, with a system using any other format – but then it wouldn’t have been so funny a cartoon, would it?

And anyway, the audiophile has always taken a perverse gratification in the inconvenience of his (it’s almost always a ‘him’) hobby. No pain, no gain, right? Somehow the hours spent trimming the oxidised ends of speaker cable, of setting the tracking weight of a turntable just so, getting it level, positioning the speakers for optimum performance and all the very many other items of audiophile tweakery only makes the resulting sound more satisfying.

Well, Cambridge doesn’t hold with all this hair-shirt nonsense. Its Alva TT turntable doesn’t do anything to disprove The New Yorker’s ‘“expense” jibe, but it addresses the “inconvenience” part head-on. The Alva TT is a turntable capable of wireless aptX HD Bluetooth streaming at a hi-res 24bit/48kHz standard. The Alva TT wants to have its audiophile cake and eat it too.

The Cambridge Alva TT looks, broadly speaking, like every other turntable – regardless of price.

However, there are some nice design touches here; some practical and some purely decorative. The Alva TT is built upwards from a chunky aluminium plinth, which absorbs stray vibrational energy and contributes to its reassuringly impressive 11kg weight.

The top of the deck itself, on which the platter and tonearm sit, is also stylishly hefty – and the brand logo sunk into the bottom right of it, as well as the beautifully recessed power/speed selection buttons at the bottom left, give the suggestion of a premium product. Even the acrylic dust cover feels hefty.

But in overall design terms, Cambridge has built a record player – and that’s about all that can be said about it.

Cambridge may have left well enough alone on the design front, but it’s let itself get quite carried away when it comes to the features it’s packed into the Alva TT.

Even the commonplace features contribute to justifying the Alva TT’s price. The tonearm is a one-piece aluminium casting, and looks reminiscent of the classic Rega RB that every audiophile worth his salt is familiar. Down at the business end there’s a pre-installed Cambridge-branded moving coil cartridge (with a replacement cost, according to Cambridge’s website, of £450). And the platter itself is a substantial slice of high-mass polyoxymethylene. 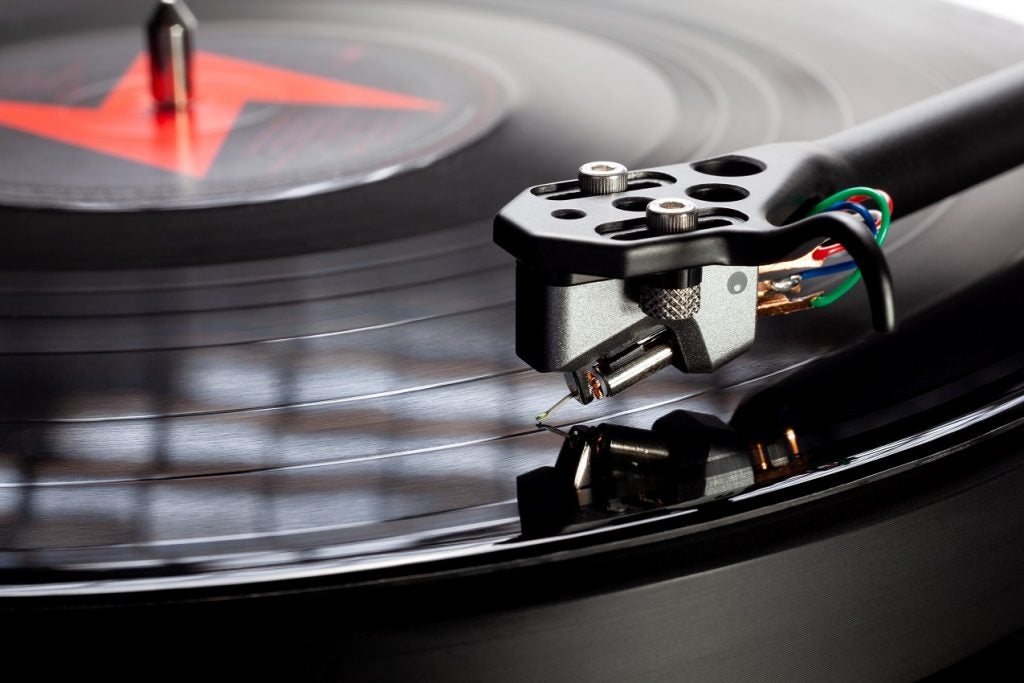 On the inside, the Alva TT uses direct drive to turn the platter. Direct drive is far more common in DJ decks than audiophile turntables (which tend to be belt-driven), because a high-torque motor turning a low-mass platter gets a disc spinning at the correct speed very quickly.

But Cambridge has opted for a medium-torque motor to spin a high-mass platter – because, says the company, this offers the best pitch stability. In other words, it’s for performance and audiophile kudos, while also keeping the Alva TT as convenient and uncomplicated for the user as possible. Cake kept/eaten.

“Convenience” also dictated that Cambridge fit an integrated phono stage. Getting a usable signal out of a record player takes far more amplification than from a less ancient source – and not every system is in a position to provide it. As such, the Cambridge does the necessary pre-amplification work itself.

Make sure you don’t attach it to the “phono” input if your amplifier has one; the resulting sound will be horribly overdriven.

Or better still, don’t physically attach the Alva TT to your system at all. Acting as a Bluetooth transmitter doesn’t make the Cambridge unique among turntables – far from it. However, it’s the world’s first hi-res wireless turntable, thanks to its ability to turn the vinyl’s weedy analogue signal into 24bit/48kHz aptX HD Bluetooth information.

As long as the analogue-to-digital conversion is done properly, even the most militant audiophile ought to feel comfortable with those numbers.

Add in a setup procedure that is only moments, and it seems Cambridge’s drive to deliver a turntable with all the performance and little of the faffing is progressing well.

As part of the whole “convenience” vibe, Cambridge provides some chunky analogue interconnects in the box – and, as any reasonably dedicated audiophile will tell you, a wired connection is always preferable to the wireless equivalent. So that seems the place to start, with the Alva TT hard-wired to a line-level input of an appropriate stereo amplifier.

Everything that makes audiophiles rhapsodise about the music-making potency of vinyl is delivered by the Cambridge. With a heavyweight pressing of Nick Cave & The Bad Seeds’ The Boatman’s Call spinning, the timbre and tonal variation in the piano sounds is made explicit, the character of the vocal is given full expression, and the level of interplay and sympathy between musicians is obvious.

This instinctive understanding of the interaction between instruments, the timing of a performance, is one of the vinyl format’s most widely acknowledged strengths, and the Alva TT gives as naturalistic an impression of timing as any turntable at this sort of money. 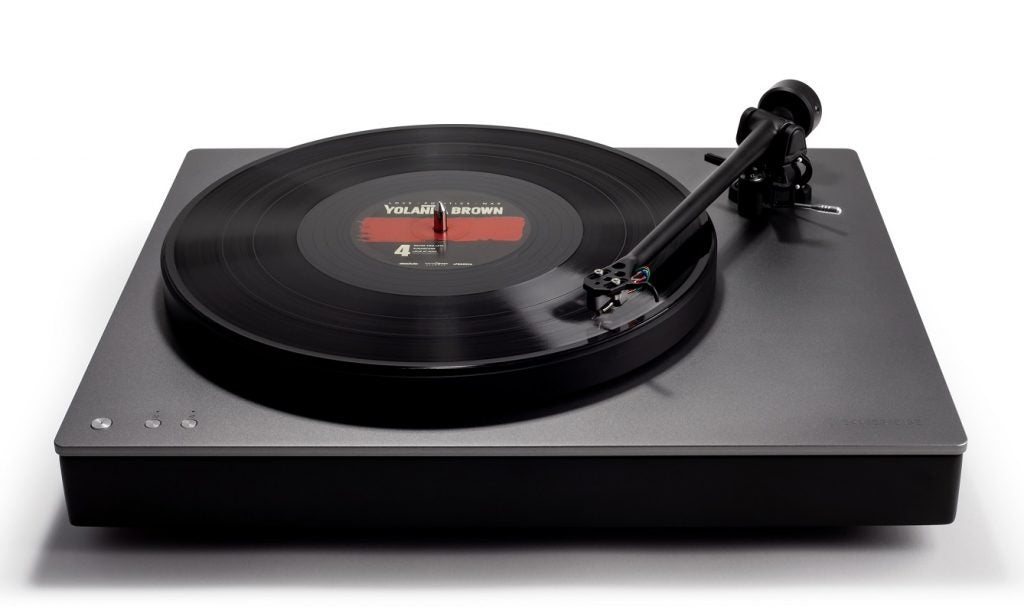 Unlike some competing designs, the Alva TT doesn’t confuse low-frequency accuracy with low-frequency presence; there’s plenty of bass involved in J Cole’s “Let Nas Down” and the Cambridge delivers it with all the punch it requires.

However, there’s an atypical level of discipline about the Alva TT’s bass performance: it’s tauter and straighter-edged than a lot of turntables can muster. It hits rather than shoves, and it doesn’t hang around any longer than it’s meant to.

Throughout the frequency range, in fact, the Cambridge is even-handed, faithful and convincing. An all-court test such as Benjamin Britten’s Friday Afternoons demonstrates every one of the Alva TT’s strengths: its management of even, tricky tempos and rhythms, its entirely convincing tonality, its ability to knit the elements of a recording together to create a whole that’s instinctively correct. 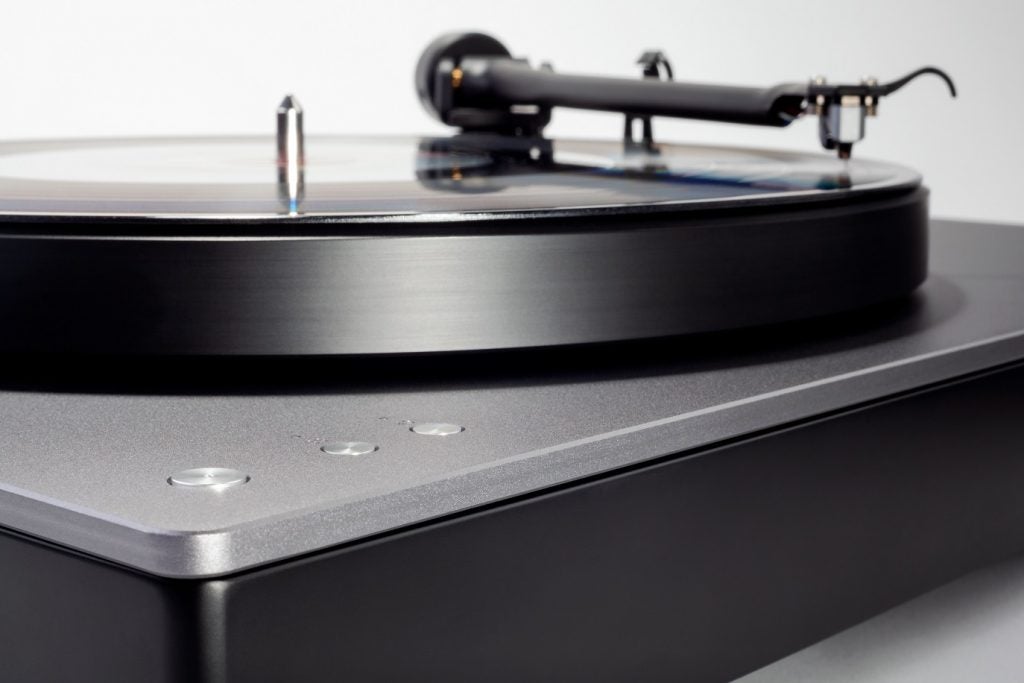 Mind you, it also serves to illustrate the Cambridge’s only obvious shortcoming: a lack of out-and-out dynamic range. If recordings as disparate as those by J Cole and Benjamin Britten have anything in common, its dynamic variation – passages of quiet and calm only a notch above silence, contrasted with moments of absolute attack and volume.

The Alva TT isn’t the most adept at putting meaningful distance between “very quiet” and “very loud”.

Making the most of the Alva TT’s unique selling point by connecting it wirelessly and streaming the same music at an aptX HD standard illustrates a) the compromises inherent in listening to vinyl this way; and b) how thrillingly counter-intuitive to listen to a record player that’s only plugged into the mains.

Inevitably, the wireless sound of the Cambridge is compromised somewhat compared to the wired equivalent – after all, the signal is being converted from analogue to digital and then back again. As such there isn’t quite the luxurious warmth to the overall sound, and there’s a slight – but definite – hardening of the treble frequencies, especially noticeable at volume.

But this drop-off in outright performance has to balanced against the fact that all this music is being enjoyed from a turntable that’s conveniently positioned, far from the main system, and wired only to mains power. It’s every audiophile-cum-interior-decorator’s dream.

The Alva TT’s ability to stream a viable wireless signal at very acceptable quality currently means it’s number one in a field of one. This means that if you want the bulk of the performance of the best £1500 turntables around, plus a healthy dose of high-quality modernity and convenience, the Alva TT is the beginning and the end of your shortlist.

As the Alva TT offers the best of both worlds, for the audiophile conoisseur you also get aptX HD thrown into the mix and that brings a degree of Hi-res Bluetooth streaming into the mix. It’s not as good as the wired performance, but the convenience streaming offers will be less of a worry for those who’ve done away with wires.

It goes without saying that this is a lot of money for a record player, and it’s equally obvious that a turntable of this sort of quality can only be heard at its best as part of a similarly talented system.

The Rega Planar 6 with Ania cartridge (£1400) springs to mind, as does the Concept by Clearaudio (£995) – both are extremely well-regarded. And, in absolute terms, either of these belt-driven alternatives have a little more dynamism to offer than the Cambridge. The Rega is a cleaner and more detailed listen, too, while the Clearaudio is every bit as handsome and decorative.