An incredibly classy turntable that does most things right, and costs far less than you’d think it should.

This is the respectably priced entry into Clearaudio’s world of high-end vinyl playback. It’s a turntable that has better build quality and design panache than you should ever expect for less than £1,000.

The Concept is also close to plug-and-play. It may not have a built-in phono stage, but it does come with the tonearm and moving-magnet cartridge both pre-fitted and aligned, and the counterweight is even factory set to provide the correct tracking force.

Surely all too good to be true? 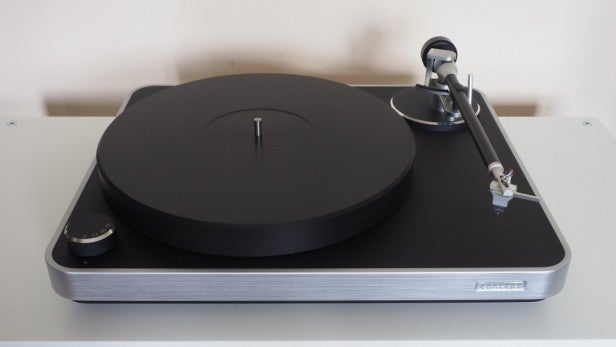 It’s hard to know where to start with the Clearaudio Concept’s design and build quality. You’d be forgiven for thinking those crazy Germans had left a digit off the price tag.

From the brushed-metal wraparound on the plinth, to the threaded feet to assist levelling, to the beautifully machined speed control – it’s all faultless. And that’s before you even pay closer attention to the engineering that’s gone into the tonearm.

The 9-inch arm looks to be a metal-tubed version of the company’s Verify model. It has the same headshell (with azimuth adjustment) and the same arm lift. Most importantly, though, it has the same frictionless magnetic bearing. The arm makes no contact at the bearing housing whatsoever – it’s held in place by, and pivots around, a magnetic field. Like magic. 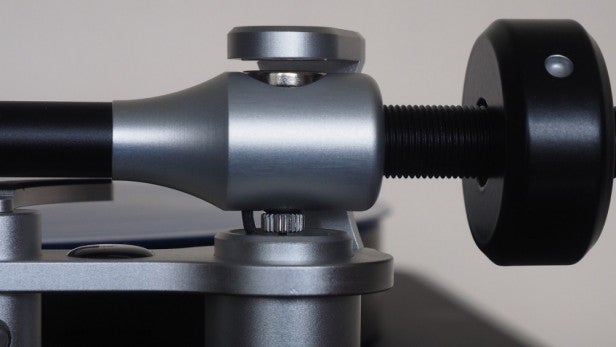 Pre-fitted to the arm is Clearaudio’s Concept MM V2 cartridge, which retails at £150.

As mentioned, there’s a speed control, enabling you to switch between 33, 45 and 78rpm, with no need to touch a drive belt. You don’t get a record clamp or 45rpm record adapter, though – no big deal – and an acrylic dust cover is a £115 optional extra.

The styling is sharp and modern. Traditionalists won’t like it, but no-one can fail to be impressed by the quality on offer. 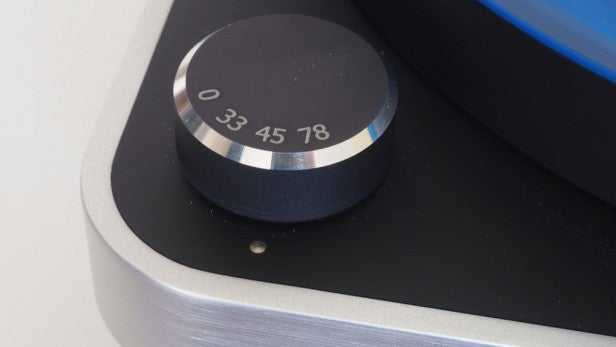 Setting up the Clearaudio Concept is almost as simple as it gets. Everything is pre-aligned, and even the counterweight has been set to the correct tracking force for the pre-fitted cartridge (around 2.0g).

The only tasks are to fit the drive belt between the sub-platter and motor pulley, place the platter over the spindle, and then check the deck is level – a handy bubble level is supplied, and the Concept’s three feet screw in/out to make this super-simple. 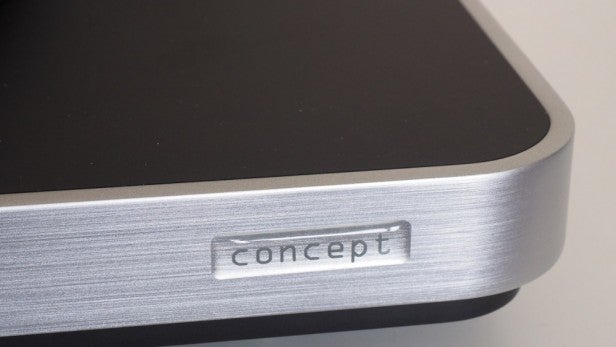 With the captive phono cables and ground connection hooked up to the superb Leema Acoustics Elements Ultra phono pre-amplifier, it was time for a listen…

The Concept does so much well. It has great timing and snap, showcased wonderfully on Buck 65’s “Blood Pt2” from the Dark Was The Night LP, which spits, twists and snarls in perfect rhythm.

The soundstaging is wide and immersive, fully capable of pushing a wonderful wall of sound towards and around you, and the detail it digs from those tiny grooves is excellent at this price.

Some slight bloom in the upper mid-range means it could be slightly more natural with vocals, however. They can sound a touch nasal – Zach Condon’s voice in Beirut’s “In the Mausoleum” just didn’t have the same air around it as the intricately woven instruments – and I heard a little sibilance at times that gave them a hard edge on more intimate recordings.

Spinning a 180g pressing of Soul II Soul’s Volume IV: The Classic Singles, I would’ve liked the bass to be a little tighter and bouncier, but only just.

My only other complaint is that the cartridge was a tad sensitive to surface pops and crackles, which may have been a result of its relatively low (for moving magnet) 3.3mV output. 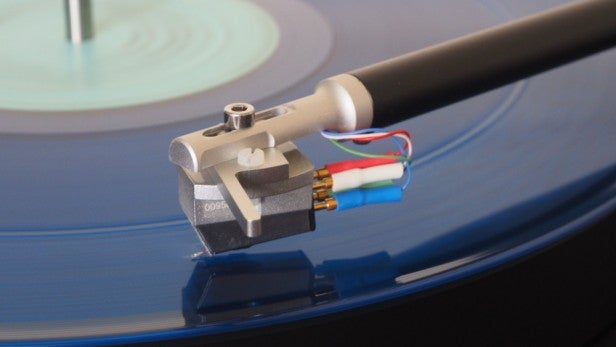 The Concept is such a classy turntable at such a great price that it seems churlish to complain. It does plenty right, and does so with more style than most record players costing up to £2,000.

Its slight sonic shortcomings perhaps may be addressed in the MC version, but that comes at a £400 premium. Also, the Rega Planar 3 2016 is cheaper – even if you add the optional power supply for button speed-switching – and sounds more fun and natural, albeit slightly less detailed and more prosaic-looking.

The Concept MM still feels like a rare hi-fi bargain, though.

An incredibly classy turntable that does most things right, and costs far less than you’d think it should.