What are the Bowers & Wilkins P5 Wireless?

The Bowers & Wilkins P5 Wireless are simply the wireless edition of the P5 Series 2
headphones I reviewed earlier this year. With this added
functionality, you can now stream wirelessly from your phone. In most
other respects, however, the design is more-or-less the same.

You
pay an extra £80 for this wireless version, bringing the total to
£329.99. It’s a pretty lofty price for what is still an on-ear set of
headphones. But they offer style aplenty.

However, as with the P5 Series 2, certain parts of the sound could be better at this price. 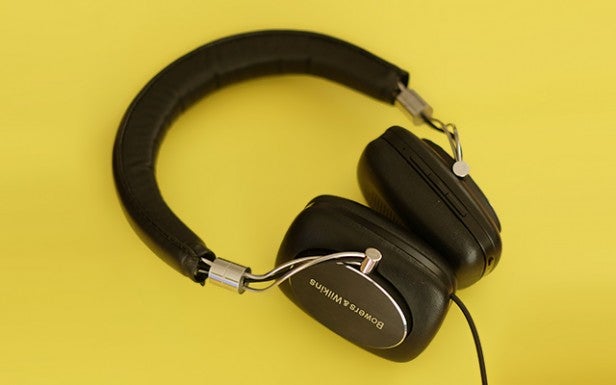 Bowers & Wilkins does a cracking job of
making them look classy too, even though the company logo featured on
the back is really much larger than is necessary. Metal oval plates sit
on top of the rectangular leather cups, while almost all the other parts
of the Bowers & Wilkins P5 Wireless you touch or see are either
leather, steel or chromed metal.

The company has opted to use
sheep’s leather here, although judging by the grain it’s only used on
the “wearing” surfaces,” such as the pads and the inner part of the
headband. The upper part seems to be more commonplace protein leather,
although it’s still pretty high grade, so you’re unlikely to notice the
difference. 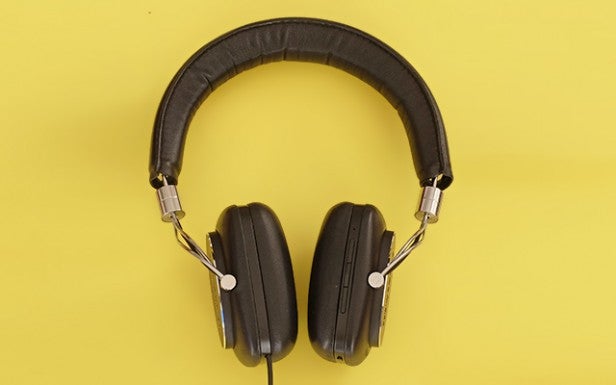 The
only design element to jar with the Bowers & Wilkins P5 Wireless’s
overall feel of luxury are the buttons that control the wireless
functions. The right cup is home to three buttons and a switch, which
are all made of plastic.

The action is a little odd, too,
requiring a pretty concerted press before anything actually happens. A
single finger isn’t enough to activate the button, for example; you
actually need to hold the earcup with your other fingers whilst doing
so.

This may be deliberate, to avoid accidental presses.
However, I’ve never really found this to be a problem with earphone
buttons. Hopefully, this will be improved in the coming years. 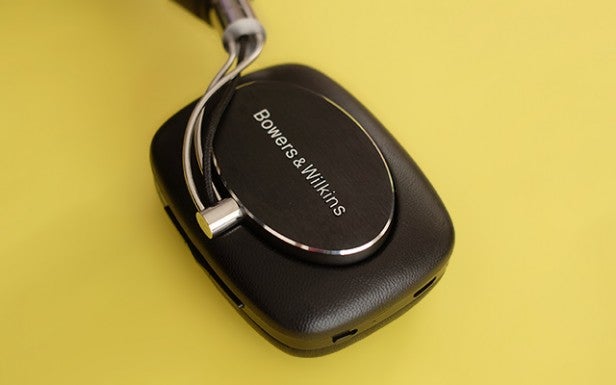 The three buttons take on the duties of your average in-line remote. You can change volume, play/pause and change tracks.

The
Bowers & Wilkins P5 Wireless power slider sits on the bottom, out
of the way. B&W claims that you’ll get up to 16 hours of use off a
charge, which is pretty good. The battery is a rechargeable unit, so you
can top up using the micro-USB port on the bottom. Android owners will
be able to use their phone chargers. 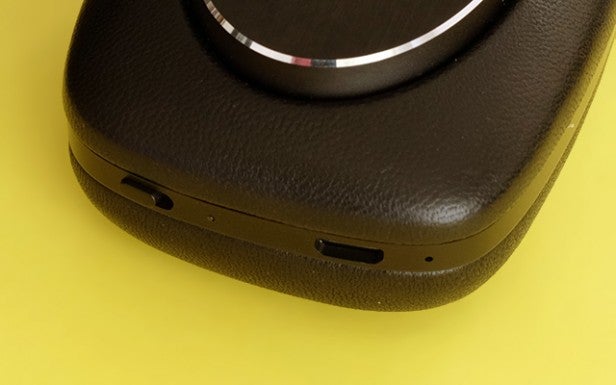 Like
most wireless sets, the Bowers & Wilkins P5 Wireless also let you
use a cable. The system is exactly as that found in the previous P5 headphones. You can lift the pads off the ear cups using a fingernail, since they’re held in place using magnets instead of clips. In the left cup you’ll find a hinged 2.5mm socket; a 2.5-to-3.5mm cable is included in the
box.

There have been some complaints about the Bowers & Wilkins P5
Wireless being subject to dodgy wireless performance. However, during my time using the headphones with the Samsung Galaxy Note 5, I experienced no major
problems with the signal.

In general comfort is fairly good for
an on-ear set. As with the non-wireless headphones, I found that out of
the box the headband is a little tight, and tends to cause some
ear discomfort after a few hours’ use. However,
the headband should “relax” given time. 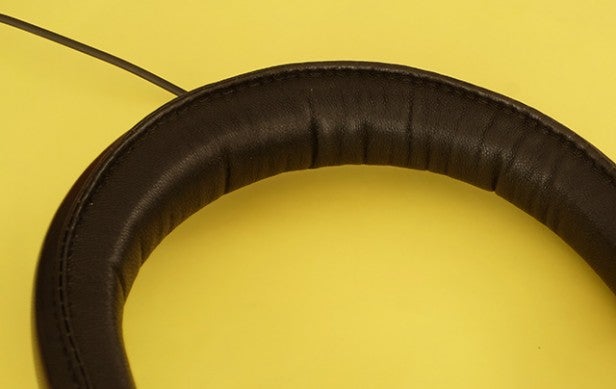 The leather-topped foam
pads are both soft and luxurious. Those who wear glasses may have longer-term
comfort issues, though: All but the lightest-tension on-ear headphones
will push your ears back onto the stems of your glasses, which will result in
an ache after a while.

On the plus side, isolation is superb.
This pad style is pretty great at blocking out external noise, much more
so than most on-ear sets. 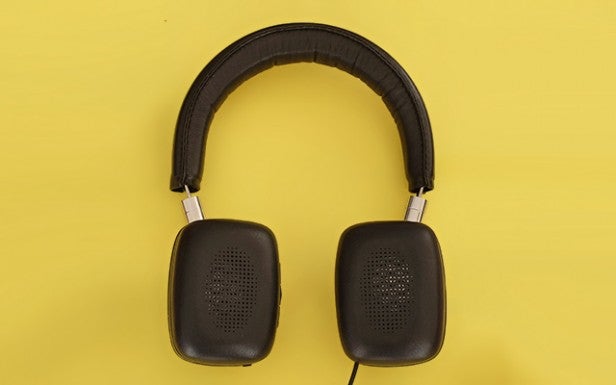 The
Bowers & Wilkins P5 Wireless largely have the B&W “house”
headphone sound, similar to what we heard in the non-wireless version.
You get a very thick, punchy sound with a rich tone.

Thin and
analytical these headphones are not. If you’ve carried out a bit of research into Bowers
& Wilkins’s headphones, then you’ll be familiar with the warm, chunky sound associated with the company.

The soundstage is fairly wide. Given
the on-ear style – and if used with a compatible phone – they can hack aptX
Bluetooth, which is a higher-res codec than standard SBC. iPhones don’t support
this, however; some higher-end Android handsets do. The drivers are about as large as
you could expect too, at 40mm in diameter. 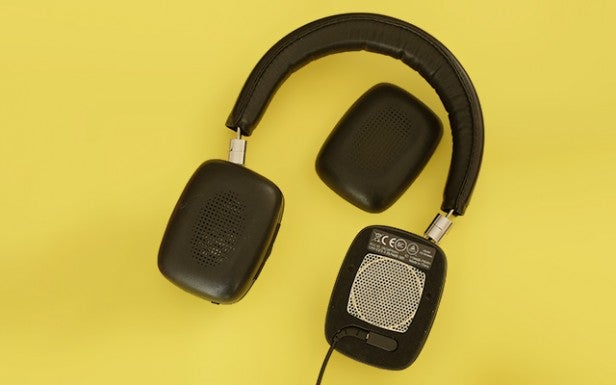 I’ve been comparing the sound produced by the Bowers & Wilkins P5 Wireless to
the Sennheiser Momentum On-ear and Momentum 2.0, and have found the mid-range of the P5 to be a little congested, due in part to the generous amount of mid-bass.

While
the sound is pleasant, the Bowers & Wilkins P5 Wireless don’t
quite have the separation and the clarity of central channel imaging that I’d
hope for from a set at this price. The mids just don’t come across
quite as refined as they should. 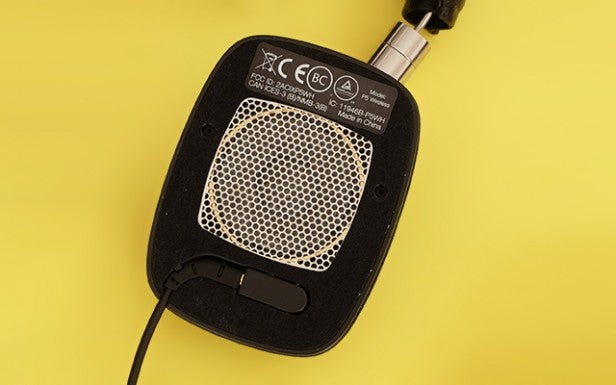 While the Sennheiser
Momentum On-ear aren’t flat-out better-sounding headphones, and the
Bowers & Wilkins P5 Wireless have better bass control, the former cost only
£169 headphones. Although there is a premium attached to “going wireless”, the criticism concerning clarity applies to the non-wireless headphones too.

These P5s do rather feel as though they’re in the same class of sound quality as the Sennheiser, with the price inflated as a result of the wireless functionality and the extra “luxury” of the Bowers & Wilkins design. 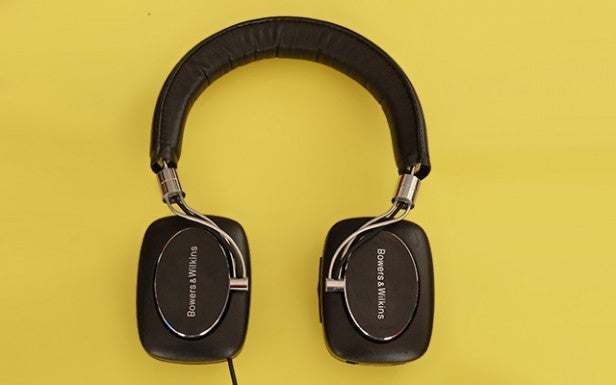 Should you buy the Bowers & Wilkins P5 Wireless?

The
Bowers & Wilkins P5 Wireless are good wireless headphones with a
luxurious style that has become a draw of the series. They look and
feel great.

I think wireless could have been incorporated with a bit more panache,
though; the extra hardware elements come across as the least
classy parts of the design. Happily, I haven’t experienced any of the connectivity issues
that have been described elsewhere.

In general sound quality is
very good: it’s warm and powerful, offering bass and
balance at the same time. However, these certainly aren’t the
best-sounding headphones at the price, with the rich tone of the house
style limiting the clarity that can be achieved.

Luxurious, good-sounding wireless headphones – but for the price there are better units available.