The Bowers & Wilkins P5 Series 2 are on-ear headphones much more luxurious than your average pair. From a distance and close-up, they look just like their predecessors the B&W P5.

However, Bowers & Wilkins has significant redesigned the driver, with the aim of making them a bit more speaker-like in presentation. They take more than a few sonic cues from the larger Bowers & Wilkins P7, reviewed last year.

We do think that a luxury feel and strong looks are the two primary draws here, though, as you can get higher-fidelity sound at the £250 price. 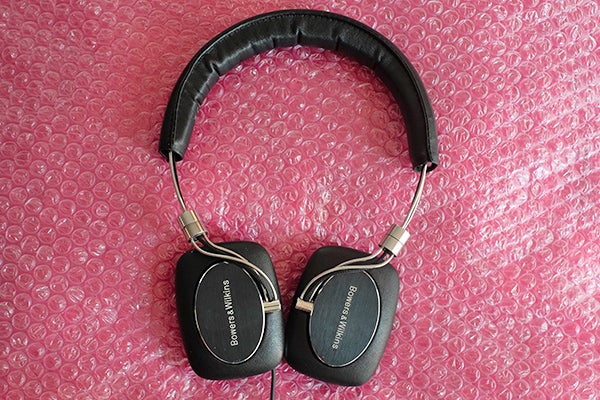 The B&W P5 Series 2 design hasn’t changed much since we last encountered these headphones way back in 2011. It’s no surprise: they look pretty great as-is.

About as leathery has headphones can get, the inside and outside of both the headband and ear pads are covered with the stuff. We did note that the claim of using real leather throughout seen in the first-gen P5’s documentation has disappeared, at least the main parts are made of it rather than synthetic protein leather.

The truth is that it doesn’t matter, as it all feels great. 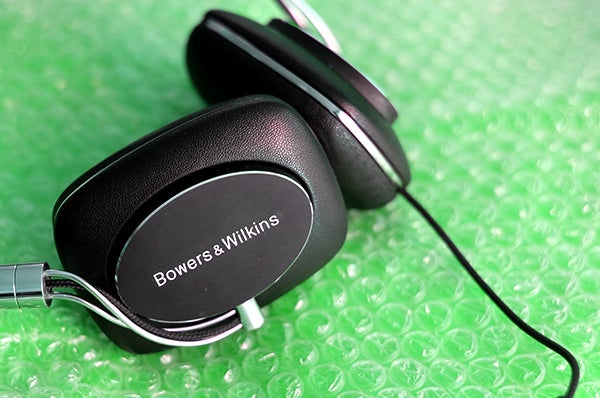 The B&W P5 Series 2 sit among very few headphones where everything that looks like metal is metal. There’s no imposter chrome plastic here. It’s this sort of approach that has become a key part of the B&W headphone charm, and why they’re so highly-regarded by the well-heeled.

Their style is altogether more mature than most on-ear headphones too. Don’t take this as an insult, but they’re the grown-up alternative to something like the Beats Solo 2.

It’s not all pure style flourish, either. The design means the B&W P5 Series 2 don’t stick out too far from your ears, which has always been high on our priority list for design elements in both on-ear and over-ear headphones. These are the smaller on-ear kind. 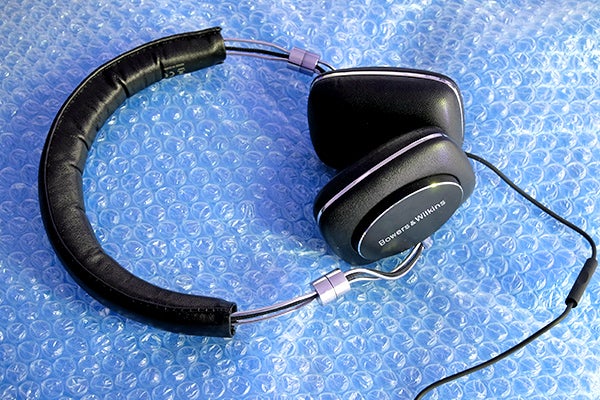 The fit of these headphones is similarly smart, at least in most respects. The B&W P5 Series 2
earcups swivel by almost 180 degrees and tilt up and down, letting them fit 99.9% of heads without any fiddling about.

However, if you’ve heard that the B&W P5s are among the most comfortable headphones in the world, you may be surprised by how tight their grip is. They have a mid-to-firm grip, which may seem simply too firm for some.

The steel headband is likely to ease up a little in time, but it’ll be over weeks and months, not days. Unless you really manhandle the headband, which we don’t recommend. We did note some ear cartilage discomfort after wearing the B&W P5 Series 2 for at least 2-3 hours, but we still rate these as some of the more comfortable headphones in their specific class. They’ll just need some time. 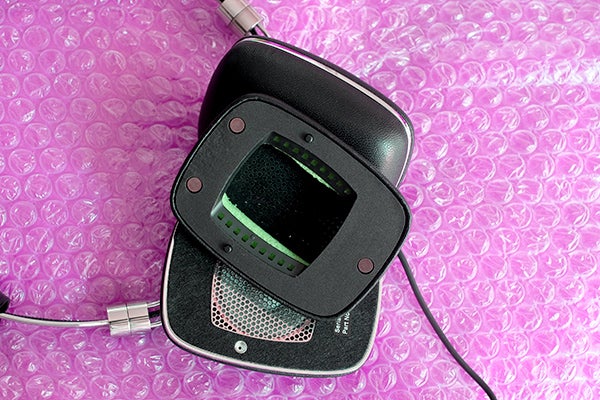 Like the previous model, they use pillow-style pads that are essentially leather-topped memory foam. It’s not hard to see their inner workings as the ear pads can be prised off pretty easily. They are kept on with magnets.

They fit very easily and the pads are great, but we couldn’t help but wish they came to us pre-aged.

A closed-back design and the pad style provide the B&W P5 Series 2 with fairly decent noise isolation. It’s enough to deal with public transport, and significantly better than the Sennheiser Momentum On-Ear. 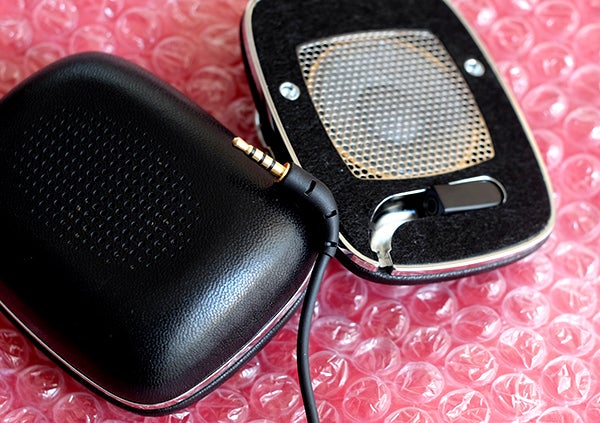 Contrary to appearances, the B&W P5 Series 2 use a removable cable, too. Remove the left ear pad and you’ll see a swivel-out jack port that takes a 2.5-inch plug. It’s not a standard one, but means you can get a replacement part should you accidentally kill the source end. 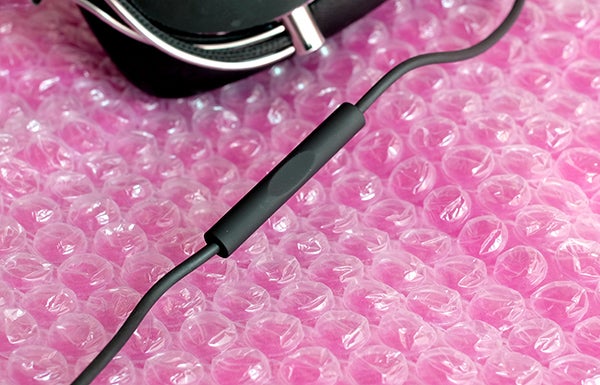 The B&W P5 Series 2 use 40mm drivers, the same size as those of the P7, but also the same as the original P5. Bowers & Wilkins claims to have re-worked the driver, but this could well be as much down to re-tuning as changes made to the driver hardware.

The aim is to bring the sound of the P5 a bit closer to the P7, with a driver that “works more like the drive unit in a hi-fi speaker,” B&W told us. 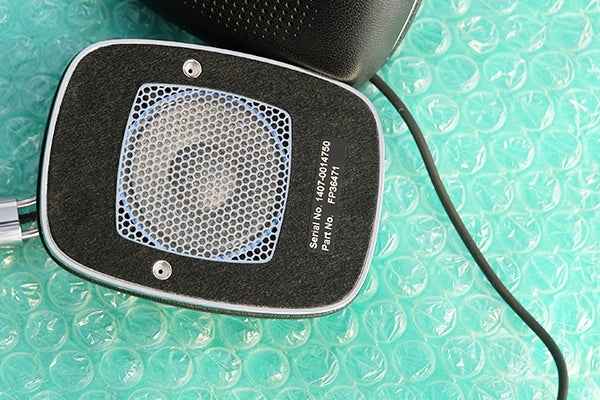 Plenty of the classic Bowers & Willkins style is here, though. The B&W P5 Series 2 are very warm, smooth-sounding headphones with a relaxed treble that seems fairly conservatively sculpted to avoid even the slightest possibility of sibilance or harshness,

Of course, if you’re big into your very sparkly treble, this won’t be for you. They don’t sound veiled, and we’re happy with the level of treble detail on offer, but the high frequencies appear to have been curtailed fairly early.

There’s also quite a clear mid-range spike here that seems to be present to enable vocals to stand out against the surprisingly inflated bass.

We noted that the B&W P7 had a bass emphasis, and while Bowers & Wilkins has tried to recreate is here, in the P6 Series 2 it has been executed less successfully. It is at times a little boomy, in a way that even the latest Beats Solo 2 generally aren’t. There’s a nice expansiveness to the low end, but it’s lacking in control and is not as carefully contoured as we’d like, especially given these headphones cost £250.

The mid-range emphasis that’s in place to offset this bass ‘enhancement’ can sound great, but doesn’t work so well with higher female voices, where its ‘synthetic’ nature becomes a bit more apparent (because a bit too much bulk of the vocal isn’t actually covered by this mid-range emphasis). 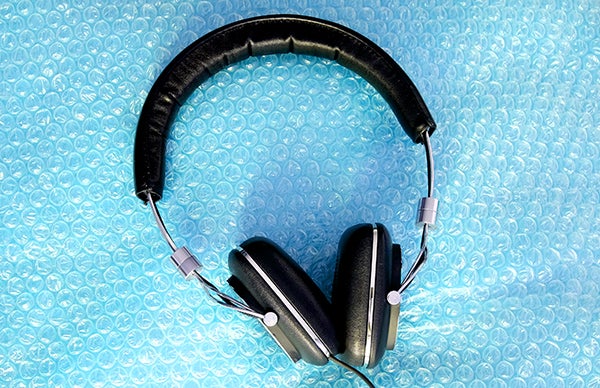 This probably all sounds like it adds up to a disappointing sound signature at £250. But it’s all a case of context. Bowers & Wilkins’s engineers know exactly what they’re doing with these moves.

The B&W P5 Series 2 are clearly headphones made for commuters, where the level of ambient noise from trains and road traffic makes the various skewed elements of the sound disappear, at least relative to listening in a quiet room. In noisier conditions, the extra bulk in the mids and low-end will help these headphones’ sound cut through without you needing to up the volume too much.

As such, the B&W P5 Series 2 are decent headphones for commuting. But for listening while at home or in the office, we think you can do significantly better for the money. 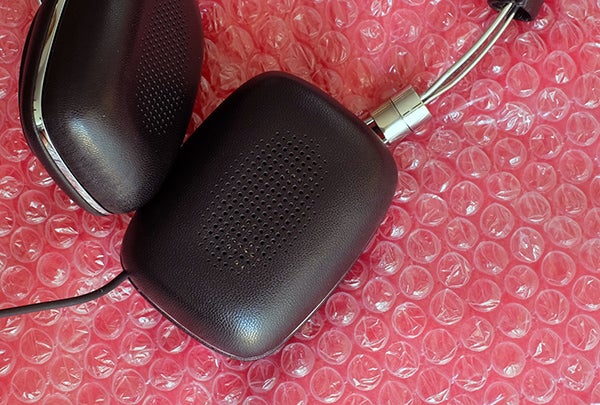 We’ve already talked about the difference in driver design between the two versions of Bowers & Wilkins P5, but we had a chat with the company to find out exactly what else has changed.

We were told that the memory foam of the pads has been “redesigned to provide extra comfort“, that the cable “connection cable has increased in diameter” to make it more rugged, and that the “remote and microphone control has been redesigned“. These are things you might not notice without having the two pairs side-by-side, but are likely responses to the reasons why Bowers & Wilkins P5 sets have been returned. We can’t imagine all that many pairs have been, though. They’re built to last. 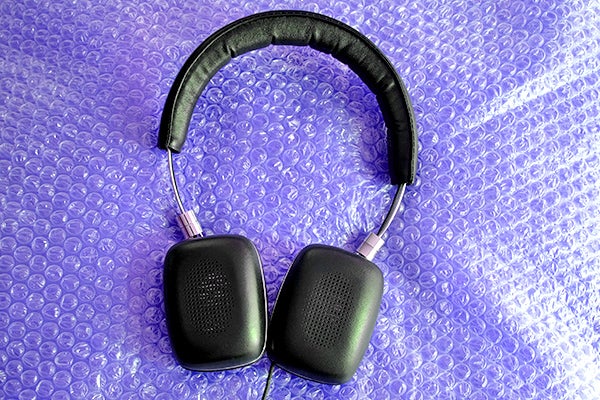 If you want stylish, luxury headphones for your commute and are willing to pay for them, the Bowers & Wilkins P5 Series 2 fit the bill. They offer good sound, but the not-exactly-balanced signature is better suited to compromised contexts like a noisy train than a place where you can really appreciate cream-of-the-crop audio.

Here’s the thing: the B&W P5 Series 2 really compete with headphones that cost about £100 less, including the Sennheiser Momentum On-ear and Beats Solo 2. On-ear headphones just don’t normally cost this much.

On-ear rivals at the price like the Beyerdynamic T51i and Grado 325e will likely cream the B&W P5 Series 2 in pure audiophile terms, but offer little-to-none of the design gloss you get with this pair. And worse comfort in the long-term. So: what matters to you?

The Bowers & Wilkins P5 Series 2 are luxurious commuter headphones, but they don’t shine with serious listening.