Although the A7 is largely meant to be controlled through AirPlay, it still includes a remote for controlling the basics. The little lozenge shaped zapper is nicely made and features a well laid out selection of buttons; Power, Volume, Play/Pause, Skip track, and Source (for changing to USB or Auxilliary input) are all catered for. The remote uses infrared so requires line of sight but its range is otherwise very good. 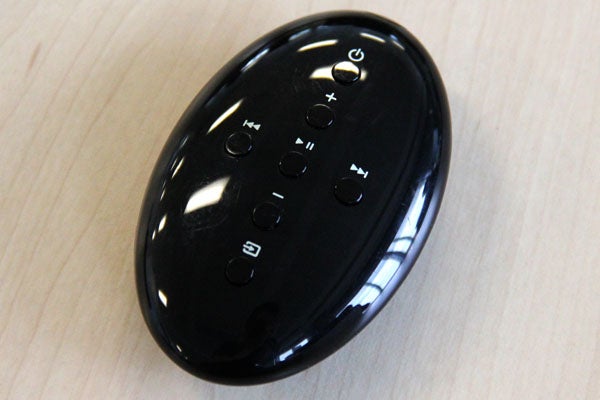 So the Bowers & Wilkins A7 looks great and is easy to use, leaving the key question being that of whether this new flagship speaker has the sound quality to justify its £700 price tag. And the answer is yes and no.

Despite using the same arrangement of 2x 25W (tweeter), 2x 25W (midrange) and 1x 50W (subwoofer) drivers for a combined total of 100W of output, the A7 outpaces the already impressive Zeppelin Air almost across the board.

The larger internal volume of the A7 gives it both a greater and a more precise bass presence that leaves kick drums in particular feeling harder hitting and less flabby. There is, however, arguably a little too much bass, particularly when the unit is positioned close to a corner or wall. Some alternatives offer an adjustable bass setting to compensate for this, or they automatically adjust themselves, but that isn’t the case here.

But it’s not all brute force as there is also a truly crystalline level of detail on offer. A perfect demonstration of both this greater detail and the tighter bass response are the opening electronic bass tones of Portishead’s Wandering Star. On the Air the discordant notes muddle into a somewhat indistinguishable single tone whereas on the A7 every part that makes up the chord is clearly distinguishable.

When Beth Gibbons vocals then kick in the A7 further stretches ahead, presenting every nuance of her delicate voice with utter clarity and finesse.

Power is also something the A7 has in abundance. This system really will rattle windows when at full blast and will more than suffice for any sort of house-party arrangement. 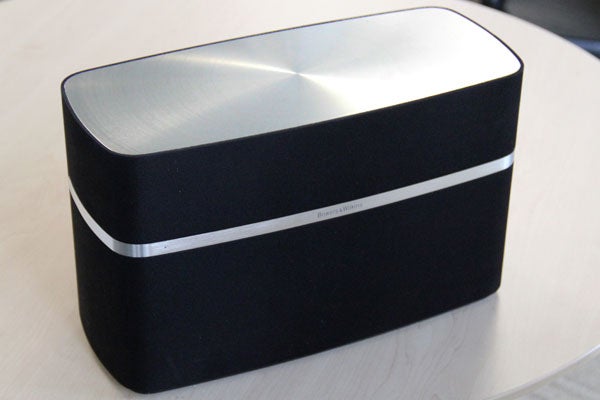 However there is an Achilles heel. While the A7 does its best to project its sound far and wide it still has fairly week stereo separation, making it all too obvious that the sound is coming from one little box. Here the Air actually outperforms the A7 with a slightly wider sound, though ultimately it is still limited, just as are all such all-in-one units.

It’s in the context of this issue that we consider the A7’s price. Compared to the Zeppelin Air the A7 has fewer features (the Air has an iPod dock) yet costs £200 more. Likewise plenty of other docks/speakers, such as the Audyssey South of Market and Monitor Audio i-deck 200, pack in more functions (such as Bluetooth, DLNA or a dock) and very good sound quality for around £300. And although the A7 does sound noticeably better than all these competitors, because of the lack of stereo seperation we wouldn’t say it’s £200-£300 better. What’s more, £700 buys a lot of Hi-Fi that will provide an infinitely better sound stage and prove more versatile.

The Bowers and Wilkins A7 is undoubtedly the best compact AirPlay speaker on the market. It provides masses of power and detail and does so from a beautifully designed yet humble looking form. But, we can’t help but feel that by charging £700 B&W has over-egged things a little. Despite its best efforts the A7 still sounds like a compact sound system and as such we’re not convinced it’s worth the step up over any other high-end compact system costing £300-£400. Certainly if we were spending £700, we’d go for a proper stereo speaker Hi-Fi arrangement. That said, if you’re simply after the best sounding compact AirPlay speaker, the A7 is most certainly it.