The Bowers and Wilkins A7 is the company’s latest flagship AirPlay speaker system that’s designed to make wireless music playback as simple, yet amazing-sounding, as possible. Sitting alongside it’s similarly styled but smaller sibling the A5, it’s a more subtle, dockless alternative to the bold styling of the iconic Zeppelin Air.

The Bowers & Wilkins Zeppelin was arguably one of the design icons of the latest decade. The simple iPod dock married form and function to create something that transcended its core purpose. And, nice though the A7 is, it doesn’t come close to having the same impact. It’s a black fabric covered cuboid. Ho hum.

But, that is the point – it’s supposed to be a shrinking violet visually but a superstar sonically. And even so it is still a lovely looking device and Bowers and Wilkins’ touch of class is clear for all to see. The black fabric covering that wraps seamlessly round the whole device is split only by a band of brushed aluminium that sits at just the right height – not half way up but two thirds of the way up. Aside from a laser etched Bowers & Wilkins logo this band is broken only by a tiny LED that indicates power and status. 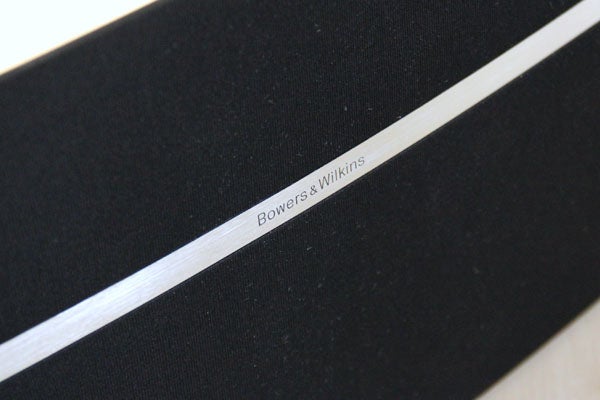 The sides continue the simple theme. On the left the metal band incorporates the power button while on the right it doubles as the volume control. And finishing the lot off is a beautifully brushed aluminium plate on the top.

Part of the reason for the A7’s subtle styling is that it’s intended to be placed anywhere – a tabletop, book shelf, TV cabinet – and fit in, both in terms of design and dimensions. You see, the A7 is actually much more compact than the Zeppelin range measuring 220 x 360 x 160mm, or about the size of a fairly tall loaf of bread. At 5.7Kg it’s still a reassuringly heavy device though, so will still need a fairly sturdy platform to call home.

Key to the A7’s design is that it does away with any obvious connectivity. There’s no dock, no CD tray, no headphone jack on the front. Instead there are just a handful of connections round the back – 3.5mm jack auxiliary input, USB port and Ethernet – and in-built Wi-Fi. The Wi-Fi and Ethernet are there to allow connection via Apple’s AirPlay standard, which enables iPhone, iPod touch, iPad and all types of Macs (plus any PCs running iTunes) to connect to the speaker over a network. 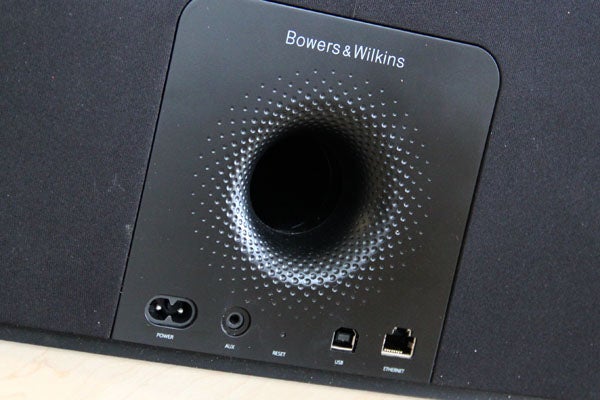 Meanwhile the USB port can be used to connect the A7 directly to a computer, turning it into a giant USB sound card/speaker. As for the auxiliary port, well that’ll let you connect any other normal audio device, from a record player to a Walkman.

Bowers & Wilkins A7 – AirPlay and Setup

Setting the A7 up is either a doddle, or fairly easy, depending on how you do it. If you’ve got an Ethernet connection then it’s simply a case of plugging the A7 in and turning it on. After a few moments the A7 should appear as an AirPlay output on your iDevices. 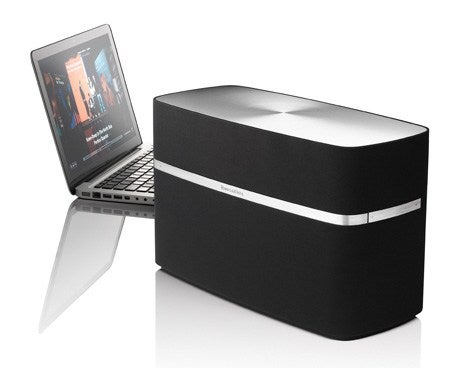 Otherwise the easiest way to setup a Wi-Fi connection is with the Bowers and Wilkins AirPlay Setup app. This walks you through the setup process, which consists of turning on the speaker then connecting to the speaker’s own Wi-Fi network that it creates. Once connected you return to the app to enter the login details of your home Wi-Fi network. A reboot later and it’s connected.

Multiple A7s can be setup around the house with the app allowing you to name each one. It’s then simply a case of selecting which one to connect to from the AirPlay option on your device. Alternatively, if you’re using iTunes you can stream to all A7s at once for pure party power!