Bose is probably best-known as the top purveyor of noise-cancelling headphones. And we’ll hand it to their technical team – Bose produces the most impressive active noise-cancelling effects we’re ever heard in a headphone.

However, the Bose AE2i ditch all that extra tech guff in favour of Bose’s other top two priorities – making headphones that feel and sound great.

The Bose AE2i are pretty-much identical to the Bose AE2, which we quite liked when we reviewed them last year. The extra feature here is a three-button plastic iPhone remote control with a microphone on the rear for making calls with. Other than that, the two sets of headphones are more-or-less identical. 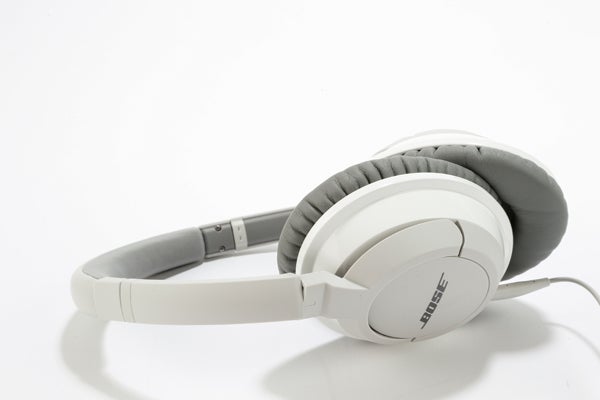 In terms of hardware, this is actually a pretty good thing. Employing an over-the-ear design with ultra-soft leather-topped foam pads the AE2i headphones are remarkably comfortable.

Bose has clearly put a lot of thought into figuring out the ideal level of stress to apply to the padded headband too. This exerts only light pressure on your head, however it’s still enough to keep them in place, even when you’re jogging. This is primarily down to their weight, of lack thereof. Bose intends the AE2i to be portable, and to this end they’re very light.

Their earcups fold down for extra portability too, although unlike the pricier Bose Quietcomfort 15, you only get a flimsy fabric carry case here, rather than a semi-rigid one. 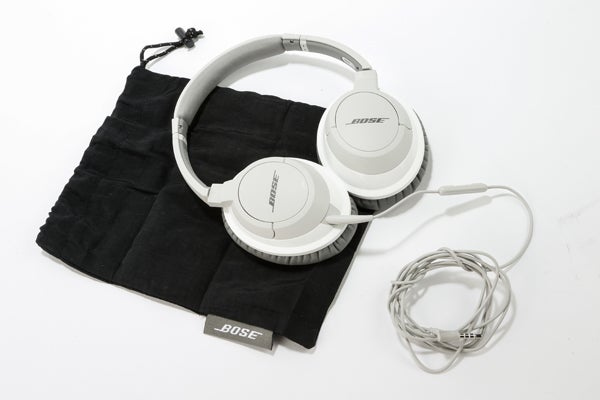 In use, we found the Bose AE2i a pleasure to wear while out and about. They’re not embarrassingly large and are genuinely comfortable. However, the level of noise isolation they provide is fairly poor. Taking them on the London Underground, we had to crank up the volume to compete with the ambient noise. They’re nowhere near as capable on public transport and planes as Bose’s active noise-cancelling headphones are.

The Bose AE2i sample we received was the white version, and to our eyes it’s a good deal less pretty than the black one. It uses a tri-tone finish of white and two shades of grey, which smacks a little too much of Bose’s slightly-middle-aged image. Our advice – go for black. 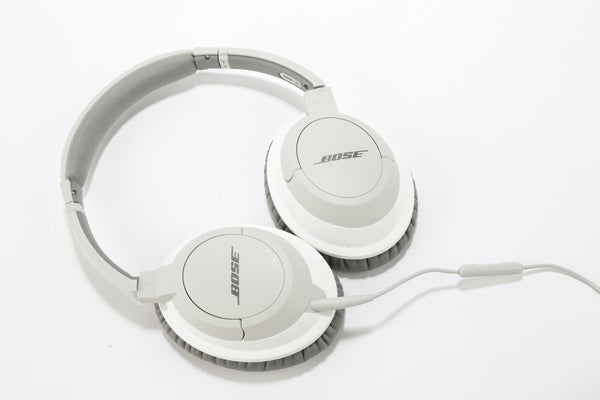 The Bose AE2i use a removable cable system based around a standard 2.5mm plug with a custom jack housing that sits flush with the earcups’ curves. This cable is the part that really differentiates the AE2i from the AE2. The three-button remote you get here is designed solely for iPhone use, and features cleverly raised outer buttons to make using them blind a cinch. As an all-plastic housing, it adds virtually no weight to the cable either. 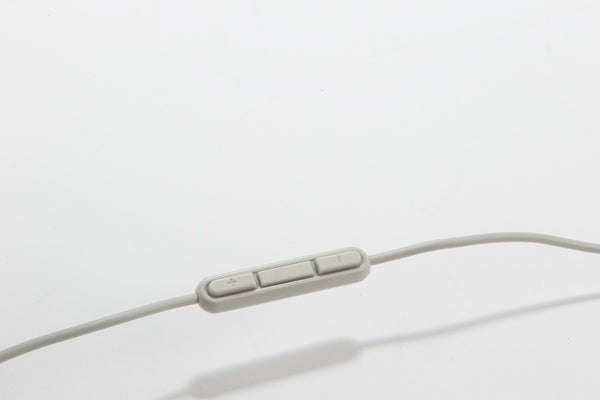 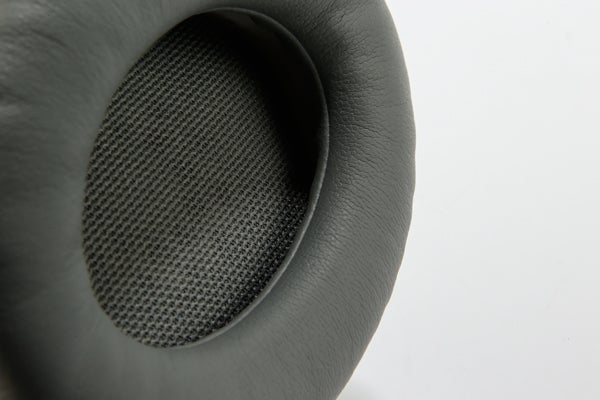 Next to Bose’s other headphones, the noise-cancelling QC3 and Quietcomfort 15, the Bose AE2i have a marginally better-balanced sound signature. The skew towards warmth is less pronounced, giving a less silky smooth but truer texture.

Bass is full, if not hugely punchy or particularly deep. Compared to style rivals, their tonal balance is impressive – especially given Bose is not generally highly regarded by purist audiophiles. 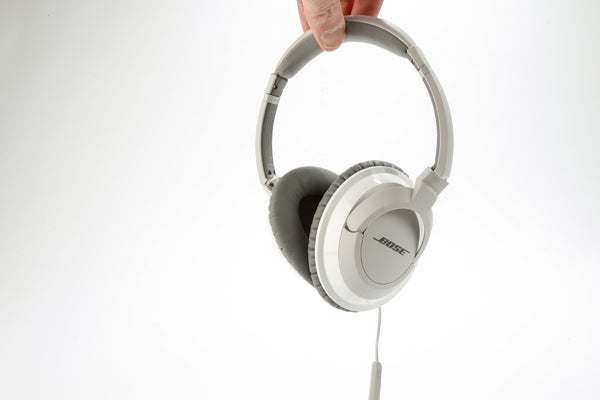 For closed headphones, their sound stage is wide too. Some closed-back headphones can sound disappointingly narrow, but the Bose AE2i do not. We have a feeling Bose’s psychoacoustic research may have had a hand in this – it involves manipulating the signal to alter the way you perceive sound, comparable in some respects to the digital signal processing modes you’ll see in many of today’s phones, used to make “fake” surround sound.

There are several sonic limitations that keep the Bose AE2i firmly in mid-range territory though and if you value audio quality above all else, you can get better sound elsewhere. While the stound stage is wide, separation is not all that great. Plus they lack the final sprinkling of magical fairy dust at the top end. Treble presence is fine, but these headphones don’t make finer treble details sparkle. 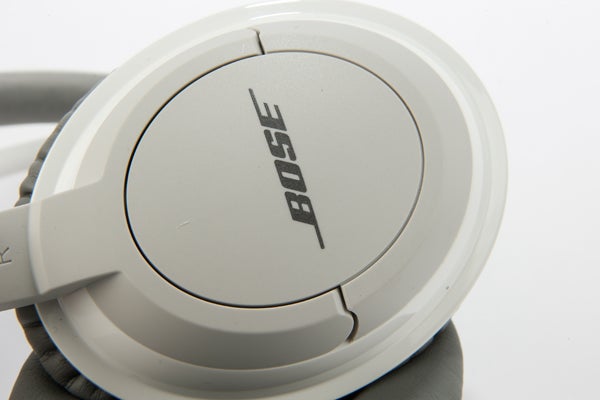 Like the Bose AE2, these are very enjoyable headphones whose most impressive feature is comfort. Even if we aren’t quite bowled over by their sound quality, they’re really easy to slip on and wear, making them nigh-on perfect commute headphones – as long as you don’t take transport as noisy as the Tube that is. At present they cost £30 more than the AE2 from most retailers, and for this reason we’ve docked them a point – in our opinion, £30 is a little too much to ask for the addition of a plastic remote.

The Bose AE2i are fantastically comfortable headphones that are great for portable use. They cost a little too much more than the remote-free AE2 in most retailers, but make great commuter cans. Sound is balanced and enjoyable too, although rival manufacturers do offer headphones at the price with either more exciting or more high-end sound.