Introduction
Bose’s headphones are best-known for their class-leading noise cancellation, but the company makes perfectly normal headphones and earphones too. The Bose AE2 are a pair of these standard cans, but in stripping out the extra tech, they cost far less than most of Bose’s other over-ears headphones. Despite this wallet friendly appeal, they also pack-in several of Bose’s best bits, resulting in one of the most enjoyable commuter sets around.

Design
When a range of headphones is heavily marketed, it’s easy to ascribe a demographic to them. In our heads, and many others we’d wager, Bose is a brand of the affluent, white, middle-aged, middle-class individual. You can see it in the designs of most of its headphones – conservative, sensible, not too flashy. 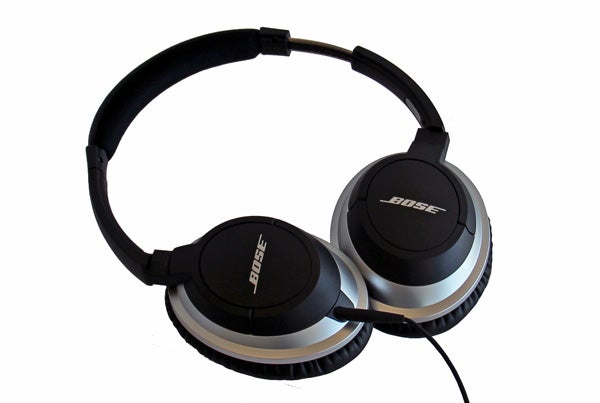 We’re pleased to see, then, that the Bose AE2 look sleeker than most of the company’s pairs, and better looking than the original Triport over-ears they are based on. Largely black, rather than the traditional Bose silver, the look is surprisingly youth-friendly.

They look a little meaner than the average Bose pair, but we can’t imagine they’d offend the usual Bose audience either – those healthy of bank balance, if not quite so healthy of hairline at times. They don’t stick out too far from the head, use an inoffensively thin headband and are demure in their styling. 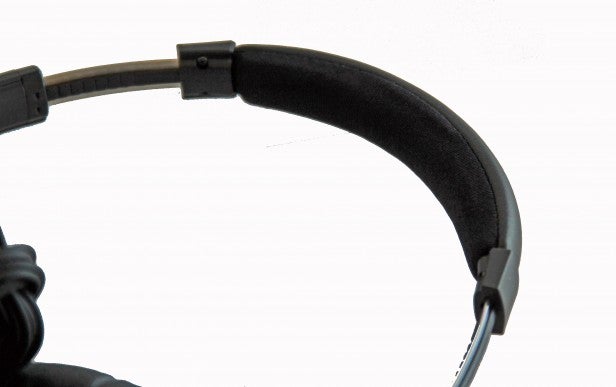 More importantly, though, the Bose AE2s are just as comfortable as the best of Bose – and Bose produces some of the most comfy headphones in the world. The construction is very lightweight, made of plastic aside from some aluminium reinforcement in the headband, and the synthetic leather-topped padding is sumptuously soft.

The grip the Bose AE2 exert on your head is deliberately light, to further increase comfort. To wear while walking around, few headphones get close to matching this pair. However, they’re not quite as handy for use while exercising, as the light touch approach means they may move about a bit. The fabric-covered headband padding doesn’t make any attempt to stick to your hair either, unlike the Beats Solo HD‘s high-friction squidgy rubber-topped band. For the occasional jog, they’ll perform just fine, though. 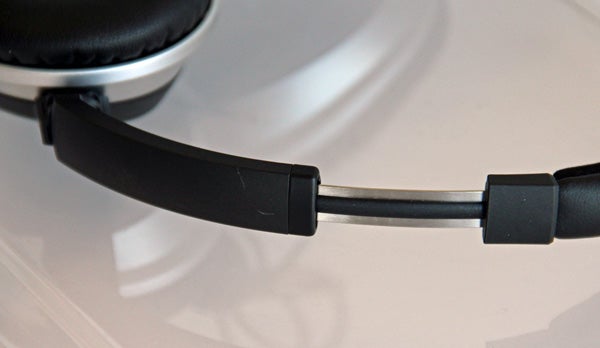 Lacking a tight grip on your head and Bose’s famous noise cancellation, these aren’t the most isolating of headphones. They don’t leak sound much, but they’re not particularly adept at keeping outside noise out. If you take the London Tube on a daily basis, or spend half your time in the airplane cabins, you will have to crank up the volume a bit.

Cable
Like the Bose QuietComfort 15, the AE2 use a removable cable. The plastic fitting that slots into the cup is proprietary, but the jack itself is of the standard 3.5mm type. This cable is another design improvement over the original Triport headphones. Those oldie headphones used a cable that plugged into both earpieces, but now it only jacks in to the left side. Like the improved aesthetics, it’s something that makes the Bose AE2 look and feel a lot better, and a lot more modern. 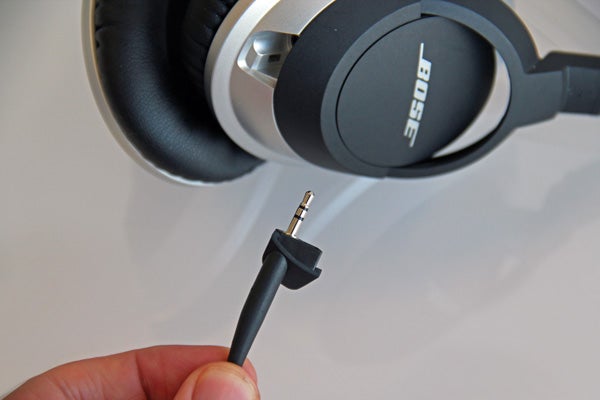 Comfort and Accessories
Bose headphones are generally thought of as portable pairs, and  it’s no surprise that the cable is relatively thin – although thicker than the earphone average, and slightly longer than normal at just under 1.7m. The earcups fold flat too, to slip into a bag more easily.

Bose supplies a nylon drawstring bag with these headphones. It’s a little less swish than the semi-rigid case you get with the Bose QuietComfort 3 and QuietComfort 15, but then these are less than half the price. Frequent mobile users should also note that there’s no hands-free housing on the remote here. If that’s a priority, you should check out the Bose AE2i, which add this feature. 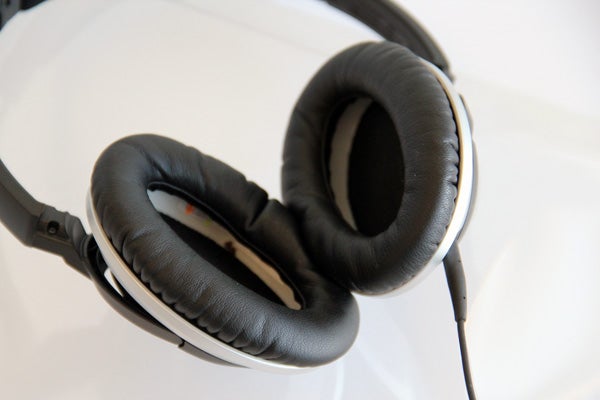 For at-home use, you can easily pick up a 3.5mm cable extension for pennies online. If you’re just after an at-home pair, though, consider an open-back set. They tend to provide more expansive sound and heat up your ears less than the Bose AE2.

We’ve tended to have mixed feelings about the sound quality offered by Bose’s headphones. The IE2 are muffled and muggy, the QuietComfort 15 pleasant and smooth, but hardly high-end given the costs involved.

The Bose AE2 take quite a different approach to these pairs, and to a surprising extent. They strive for clarity and a touch of the high-end vibe more than any Bose pair we’ve heard before, and it’s a welcome change. Although less luxurious-sounding than the QuietComfort 15 and QC3 – with less warmth – they compare well on a pure sound quality level. That speaks in the AE2’s favour given they cost around £150 less. 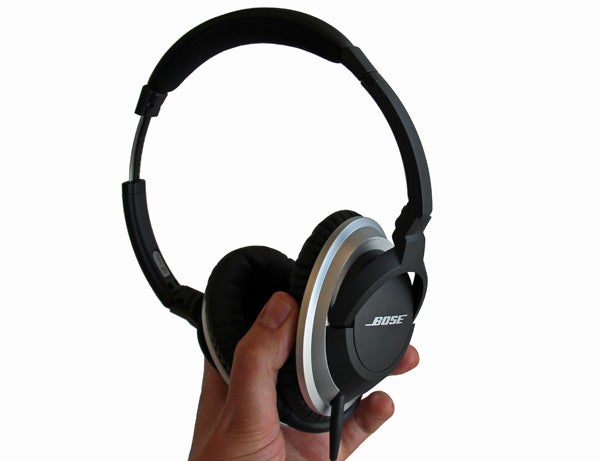 Among their Bose brethren , the AE2 give the best impression of sonic balance, with a wide, impressively open sound for a reasonably-priced closed headphone. The top-end is coherent and the low-end punchy and almost perfectly judged. In all honesty, we were surprised by quite how well they perform in some respects.

There is, however, some evidence of Bose’s usual psychoacoustic strategy. This is where tuning is based not on actual accuracy and flat frequency response but what the ear will perceive as positive. Turning up the critical listening dial, there appears to be some odd dips in the mid-range, leaving it sounding a little hollow and lacking detail. Cutting back on mids in this fashion is part of what lets the Bose AE2 sound so open and clear, but it robs vocals in particular of some of their detail and presence.

As such, these are certainly not headphones for critical listening, but for pure enjoyment we’d pick them over the more expensive Beats Solo HD in a heartbeat. 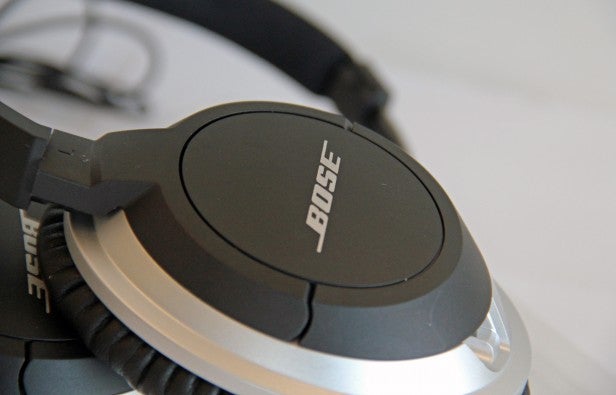 Some have complained that the Bose AE2 headphones’ cod-analytical approach makes them sound a little harsh, but it’s not something we’ve experienced in our testing. They’re actually rather adept at managing sibilant material.

They’re not without their problems, but these are probably the best headphones Bose has produced, from a technical perspective at least.

Value
Bose is a brand often criticised for offering poor value, whacking up prices to offset significant marketing costs. However, in these days of so many high-profile headphones, backed by major names in music, the Bose AE2 look like rather good value. Excellent comfort, highly enjoyable sound quality and a design that no longer marks you out as someone who probably has poor musical taste mean these are our new top pick from the Bose range. Just make sure you don’t need noise cancellation, as you don’t get it here.

Verdict
Although the Bose AE2 headphones don’t offer Bose’s signature noise cancellation technology, a much cheaper price point and more balanced sound signature mark them out as an excellent alternative to the  QuietComfort 15s. These are very comfortable cans, and while they’re not quite the last word in audio quality, they outdo many style sets. For an out and about workhorse pair, these are among our favourites.