The good looks, great build quality and Bluetooth features would of course be for nought if the Minirig didn’t also sound great, and sure enough it’s as good as we’ve come to expect.

The first thing that strikes is the depth and power that’s on offer. That 3in driver and a top quality amp allow the Minirig to deliver far lower tones than you’d ever expect, and at a greater volume too. You can easily fill a moderate living room or hotel room with powerful, undistorted audio with just one Minirig.

Listen a little longer and you’ll note that the presentation is also detailed and accurate. There’s no booming bass or muffled high-end here. It just sounds even and easy going. Listening in mono does mean some details get a little lost just because you don’t have that spatial separation that helps your brain work out which instrument’s where but that’s just the inevitable situation with mono presentation. 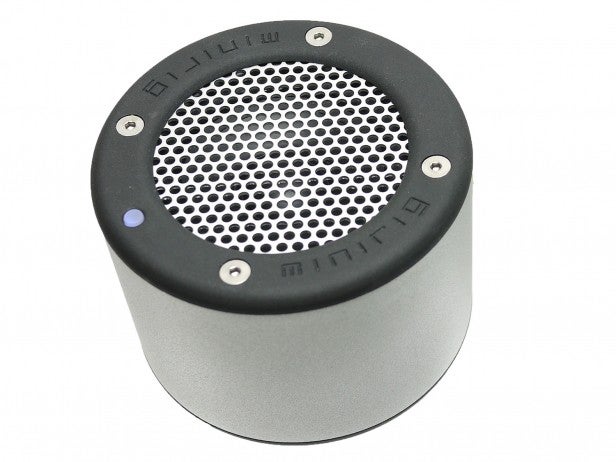 Add in the sub-woofer and you are suddenly aware of those really low tones you were missing out on, but no portable speaker close to the size of the Minirig delivers more in the way of bass. We were actually a little sceptical of the sub, thinking it a little out of character with the portable nature of the Minirig, but the combination is superb. We could definitely see ourselves using the sub for garden parties and glamping holidays.

As for grabbing a second Minirig, the stereo setup works really well and is a great option if you’re looking for a portable option that is also good for watching videos on your laptop as well as listening to music.

We’d be inclined to get the sub-woofer before a second Minirig but whichever way you work towards the trio, it’s a great combination.

The only two issues we did have were that it can sometimes be annoying trying to remember which way round you have to connect all the cables in a multi-speaker setup – taking into account all the high and low impedence inputs.

We also found that when using the stereo Bluetooth feature we audio regularly stuttered. The latter is a problem that will vary from device to device as it’s an inherent issue with Bluetooth CSR but it’s something to be weary of if you think you’ll be using that setup frequently. Bluetooth with just one speaker is fine, and you can still do a semi-wireless 2.1 setup by just connecting the rest of the speakers to each other with cables. 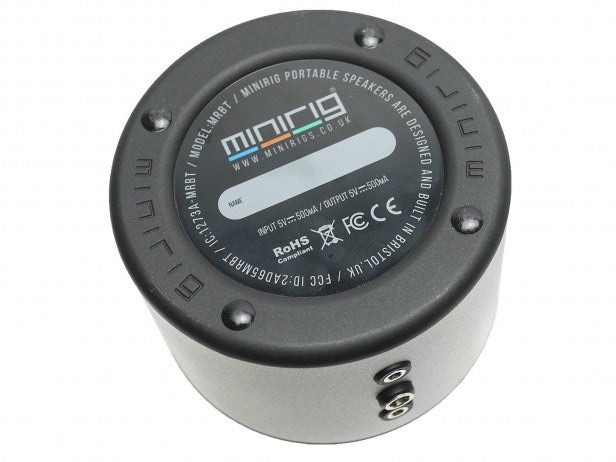 Minirigs’ claims for the battery life of its new speaker are spot on. You can easily get 40 hours of use out of one charge with just moderate listening levels – the sort of volume you’d use for background music in a kitchen or while kicking back in a hotel room.

Crank it up to full blast and it will run out more quickly but you’re still likely looking at over 20 hours of use at sensibly loud listening levels – plenty long enough for post-band partying in your tent for a whole music festival weekend.

What’s doubly impressive about the Minirig’s battery life is that it lasts for ages when unused. Where some devices can leach battery power when not used, you can confidently pick the Minirig up after it has been sat idle for months and it’ll still have hours worth of listening – assuming it wasn’t flat to start with of course. 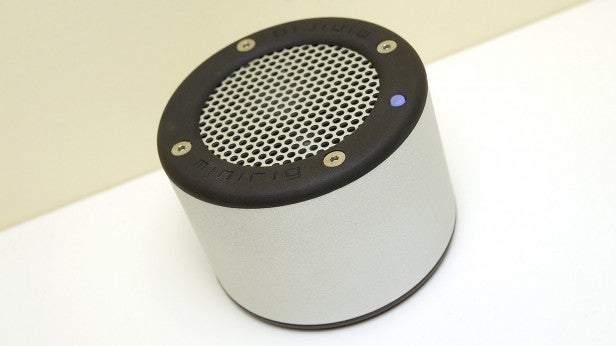 Should I buy a Bluetooth Minirig Portable Speaker?

The new Minirig is the ultimate go-anywhere portable Bluetooth speaker. It’s compact, rugged, long-lasting, easy to use, sounds great and is wireless too. It’s versatile as well, with the phone charging ability being particularly welcome.

We also love the way you can string two Minirigs together to make a stereo pair and even add a sub-woofer for even more oomph – the trio makes for a great versatile setup for all your portable listening needs.

If you’re mainly after a device to enhance your laptop’s speakers then you may want to go for a single device that has stereo speakers, such as the Beats Pill or Jawbone Jambox, as this is much better for watching video and general close-quarters listening. For general background listening, though, the Minirig is unsurpassed.

The only stumbling block is price. Where the original Minirig was just under £100, and offered decent value considering its premium build and performance, the new Minirig has leapt to £139.99. While this is comparable to competing products – and we do understand that the addition of Bluetooth and that the device being made in the UK all adds to the cost – it is still a lot of money for the sort of device that could easily get left at a campsite or on the hotel balcony.

The Bluetooth Minirig Portable Speaker may only pack a single speaker but with that one speaker it blows away the competition when it comes to sound quality. It’s also versatile, built to last and runs for ages on a single battery charge. It is simply the finest truly versatile and portable Bluetooth speaker you can buy, and which fits in a rucksack. Sadly it is a bit pricey so doesn’t quite get top marks. We would advise just sticking to the old £90 Minrig instead but Minirigs is phasing out that model. Shame.