What is the Bluetooth Minirig Portable Speaker?

One of the most revered products to ever have passed through the TrustedReviews labs, along with the Sony X505 and original B&W Zeppelin, is the Pasce Minirig. This simple little portable speaker has probably had more personal recommendations than any other product reviewed on the site.

Now the Minirig is back – in fact the company has even changed its name to Minirigs – and this time it has Bluetooth. Should such a simple addition to a lowly portable speaker really make us so excited? If the previous Minirig was anything to go by, it most certainly should.

Just like the old Minirig, the new Minirig Bluetooth Portable Speaker starts its assault on your senses by winning you over with its design. The simple cylindrical shape is totally charming and it’s backed up by rock-solid build quality. 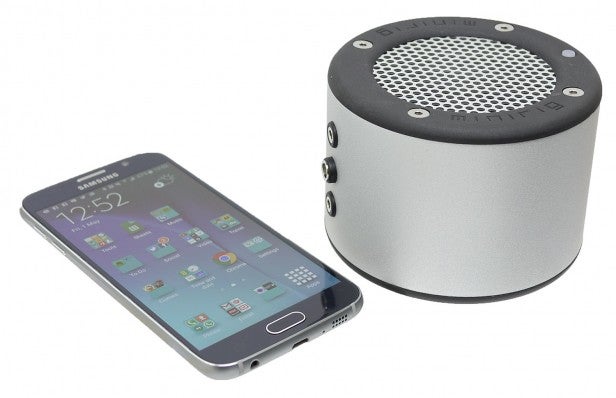 The main cylinder, which is available in a range of colours, is thick aluminium and it’s capped by tough plastic on one end and a thick aluminium speaker grille at the other. It looks and feels like it’ll survive just about anything, and based on our experience of using the original Minirig for nearly five years and having it still be spotless, we’d suggest those looks aren’t deceiving.

In fact our existing Minirig has even survived a few rain showers and the new Minirig is specifically IPX4 rated for resistance to splashing water – Minirigs also claims it has an “air tight enclosure”. It won’t survive a trip to the bottom of a pool, but the general abuse you’d expect from a camping trip or being left at the bottom of the garden is something it will brush aside.

A key feature of the Minirig’s design is that it only uses a single speaker. This allows the company to fit in a 3-inch driver in a device that’s only 4 inches across by 3.75 inches deep. Devices that use two speakers, such as the Beats Pill, may be able to offer stereo sound, but from much smaller drivers and a much larger unit.

Clearly the long and thin stereo approach is more desirable for enhancing the audio when watching video on a laptop or any other occasion where you’ll be sat directly in front of the speaker/s but for just blasting out music while camping, gardening, cooking, partying in your hotel room, a single loudspeaker does the job just fine. 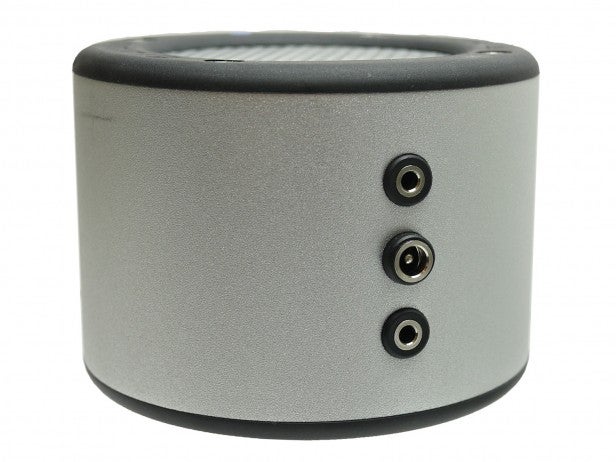 Underneath that single speaker sits the rest of the device’s electronics, which includes the battery that Minirigs rates as lasting between 50 hours at low volume and 10 hours at maximum volume, with 30 hours’ life in average use.

There’s also room for the Bluetooth 4.0 Setup with its aptX support, plus there’s a trio of connections sticking out the side.

The idea is that, because the Minirig relies on the volume control of your device to control the output volume of the speaker, having two inputs that support a large range of output volumes ensures it offers the best quality, whatever device you use.

These connections can also be used to connect two Minirigs together to form a stereo pair, with the help of a splitter cable. You can even hook up a Minirig subwoofer to really fill out the low-end frequencies. This is a much larger device than the Minirig, but it’s still far more portable than any other subwoofer and it allows you to, for instance, have a beefier sound for use at home while the Bluetooth Minirig alone can be chucked in a suitcase for travelling. 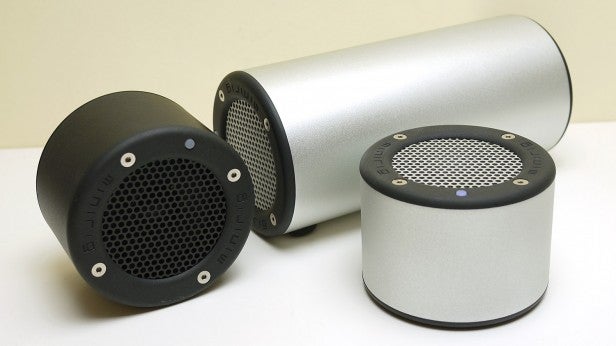 The middle socket on the Minirig is actually the charging port. The device charges from USB but the cable converts the output to this coaxial socket. This makes it a little inconvenient if you’re caught short and don’t have the right cable with you.

However, the provided cable does allow you to use the Minirig’s battery to charge your mobile devices. There’s enough juice onboard to fully charge an iPhone 6 Plus once or an iPhone 4S twice.

You can also ensure the cable and Minirig are never far apart by keeping them in the supplied carry case. This tough, form-fitting padded bag has a tough zip fastening and a loop of material to make it easy to hang on a rucksack for instance. It won’t completely protect the Minirig from heavy falls but it’ll keep scratches at bay while the Minirig itself is strong enough not to need any protection from being stood or sat on. 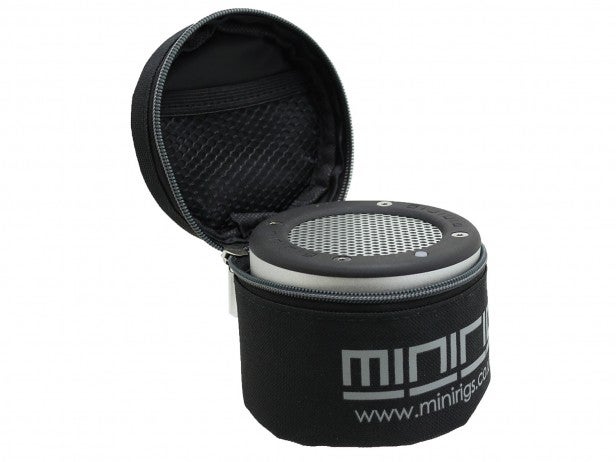 All of which brings us to the new Bluetooth features. For most users the Minirig will be used just like any other Bluetooth speaker. You turn it on – via the backlit rubber button on the rim – and connect to its Bluetooth signal via your phone or laptop and away you go.

However, if you want to get ambitious you can also connect up two Minirigs wirelessly and have them create a stereo pair. You can even plug in a sub to the back of one of them to completely fill out the 2.1 audio setup.

There’s also an app for Android and iPhone that enables you to play and pause your media, pair up Minirigs, switch between stereo and mono modes and even turn them off remotely. It’s a great little addition to the whole setup.

For owners of existing Minirigs, note that the new range is fully backwards compatible so you can easily buy a Bluetooth Minirig and use it with your existing one for stereo listening.